Seattle - A cooler air mass is over the Pacific Northwest today, bringing some light showers, clouds, and temps well below average for this time of year.

Light showers are lingering north of Seattle this morning, and it's going to feel a little more like early fall in Western Washington today as temps remain in the 60s most of the afternoon. The sun will return today, but it may take a while in some spots around the central Puget Sound. 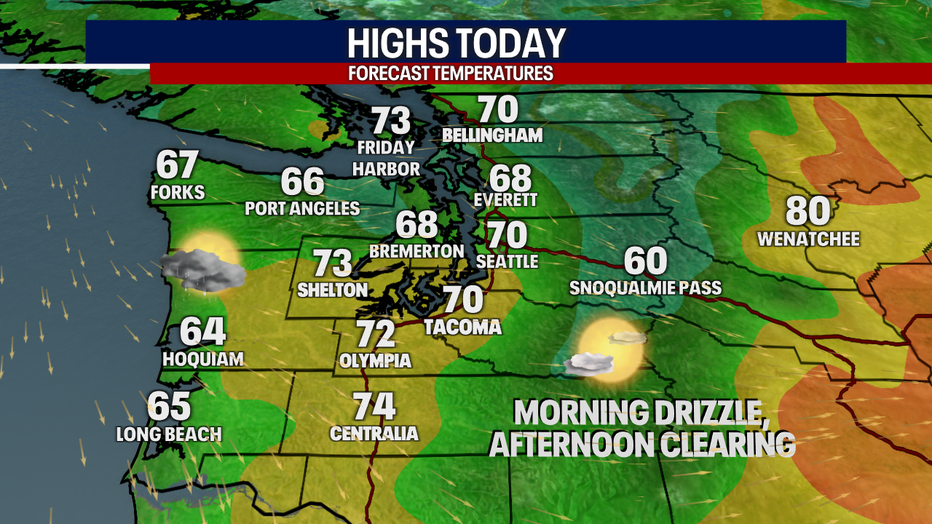 As of 11:00 AM, winds are starting to pick up east of the Cascades. Winds will gust between 25-45 mph today, hampering firefighting efforts and likely causing some wildfire growth in the areas of the three major Washington State fires. 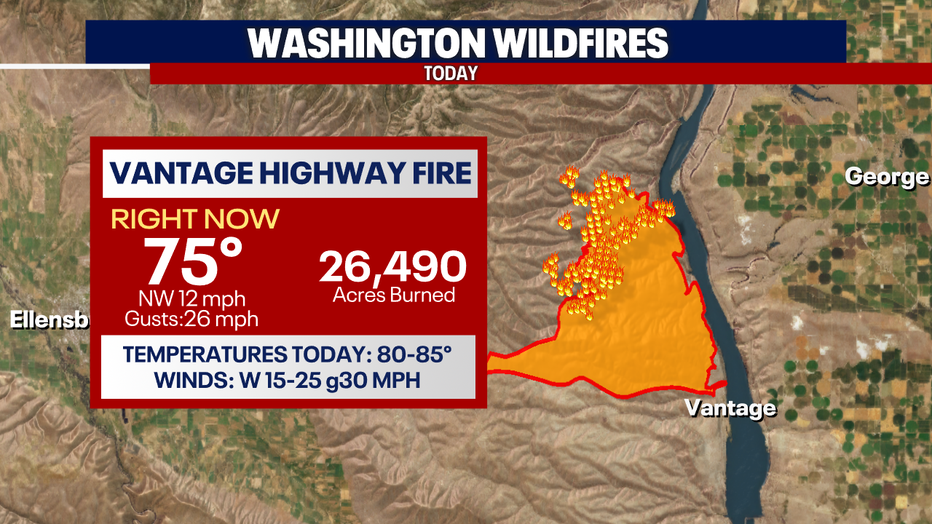 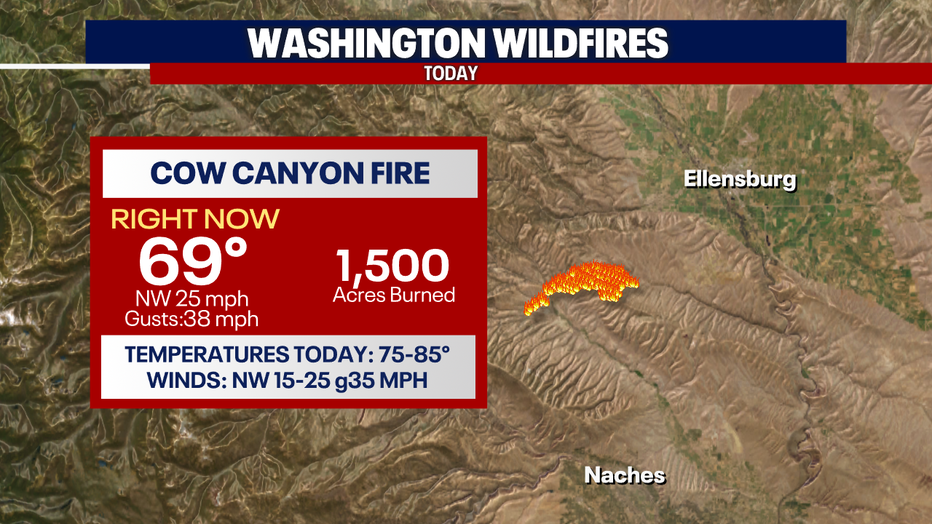 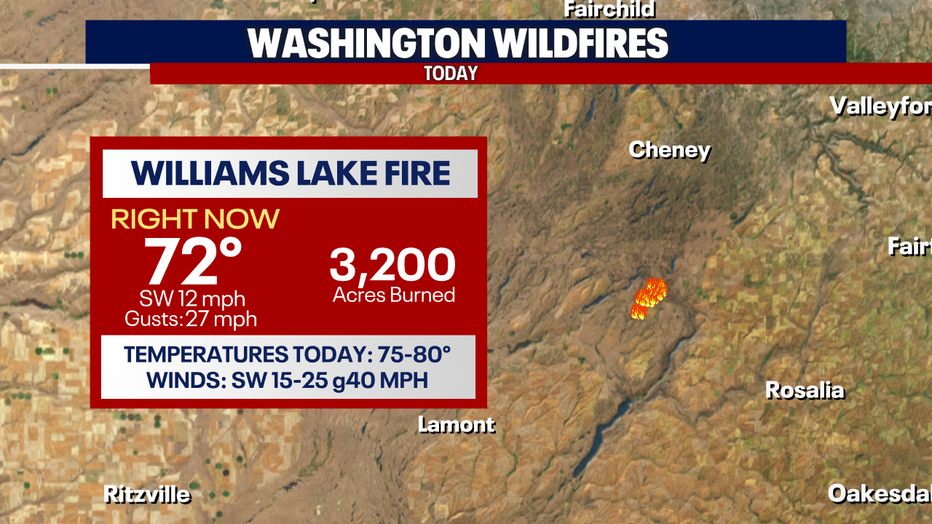 Smoke from these fires will stay east of the Cascades until the weekend. We may see some upper level smoke Saturday through Monday, but it does not look like it will impact air quality much at the surface. 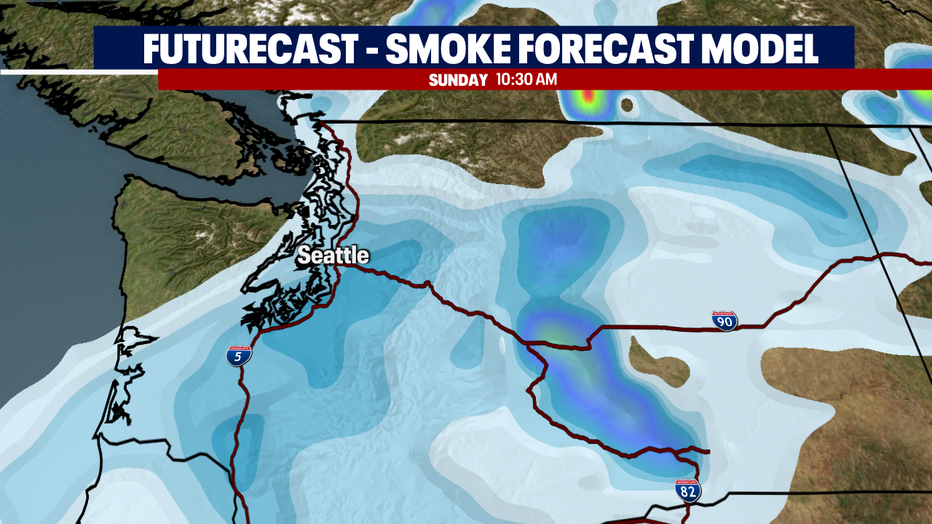 A ridge of high pressure returns starting Friday and it will stick around through early next week. The Puget Sound area is in for a couple of hot days, Sunday and Monday, with highs close to 90 degrees. 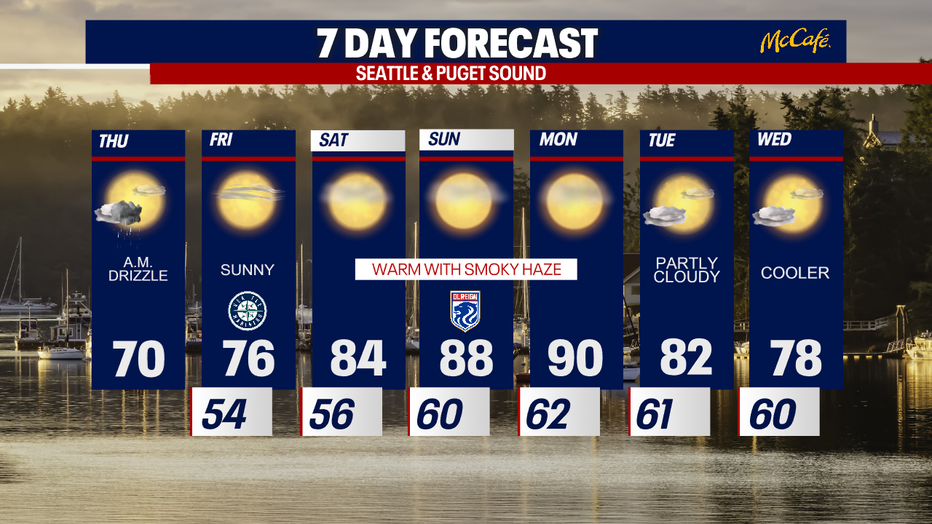