More fall sunshine through the weekend

SEATTLE - This October is running warmer than usual as Thursday's highs jumped into the low 70s. The Seattle area hit 74 and that's 10 degrees above our seasonal average. 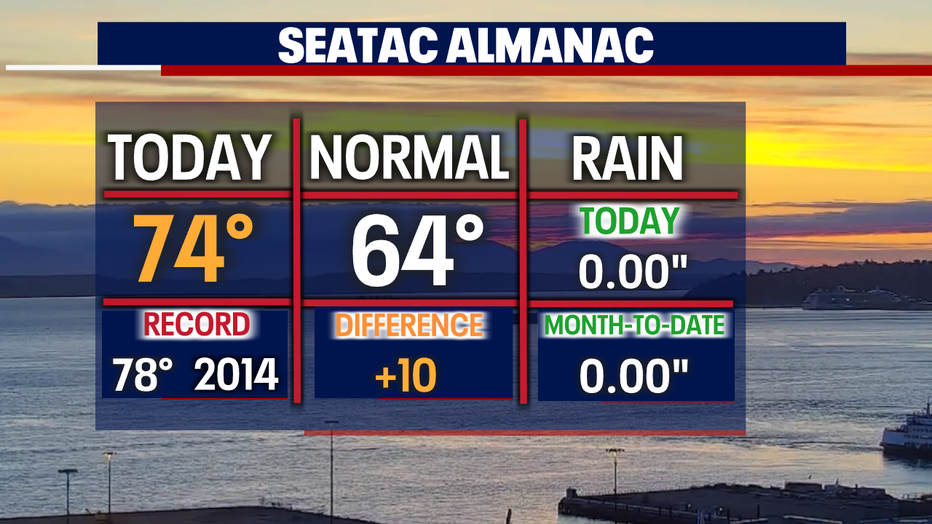 We quite possibly may have gained a few more degrees if skies were not filled with haze from fires burning across the state. As we move into the weekend expect degraded air quality as winds push more smoke into the atmosphere. The worst areas still remain east of the Cascades in Chelan and Douglas Counties where air quality alerts remain in effect for very unhealthy values. 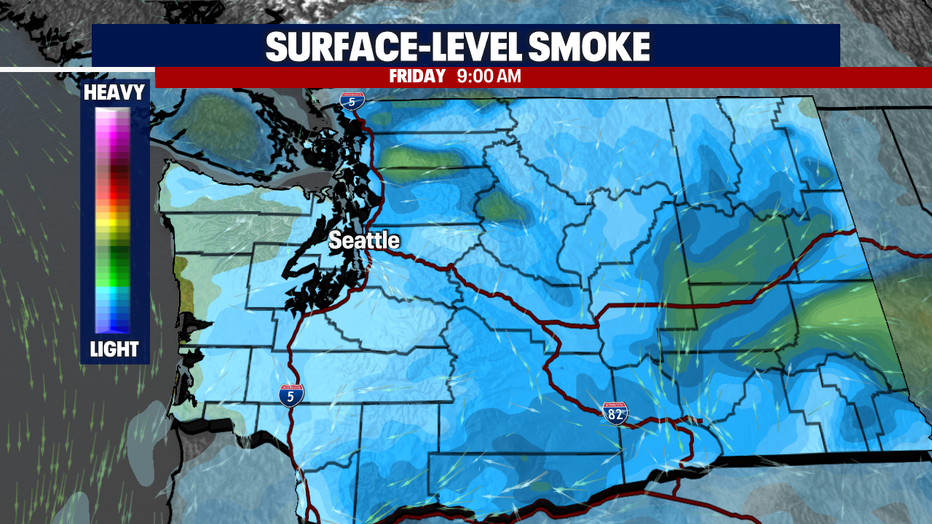 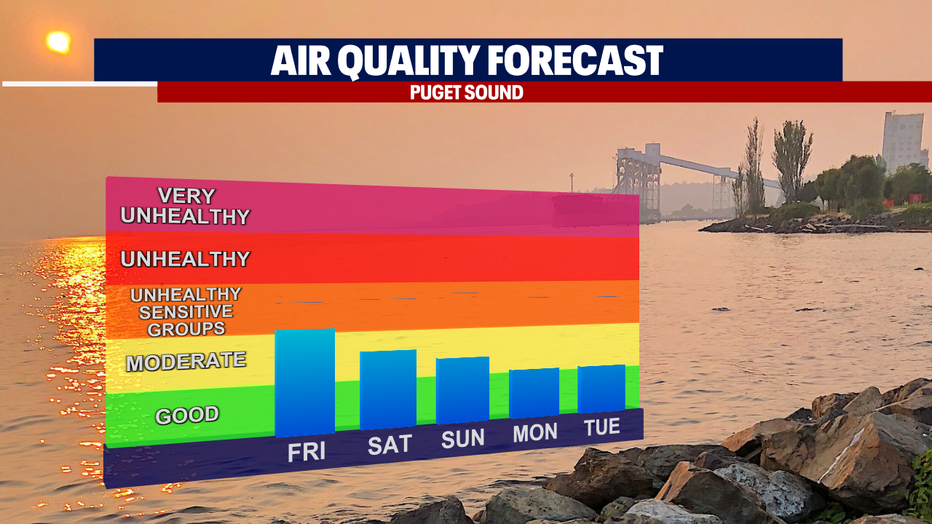 Overnight temperatures cool into the low to mid 50s across the region. Look for fog again as you head out the door, but skies should clear a bit earlier in the morning rather than later Friday. 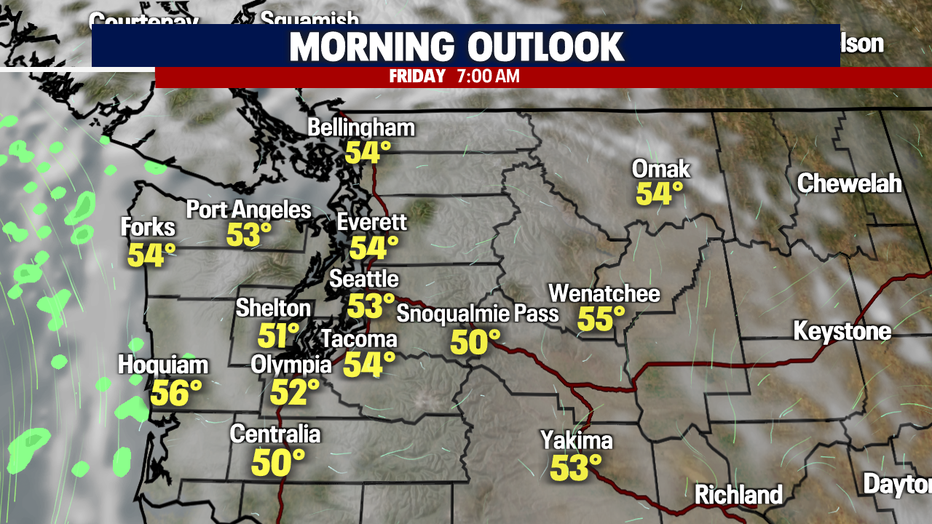 High pressure has a strong hold on our area giving us that early Fall warmth with highs staying above average.

Our ridge will start to move some allowing a weak system just to the north of us to skirt through British Columbia giving us a slight chance of a few sprinkles and cooler temps. 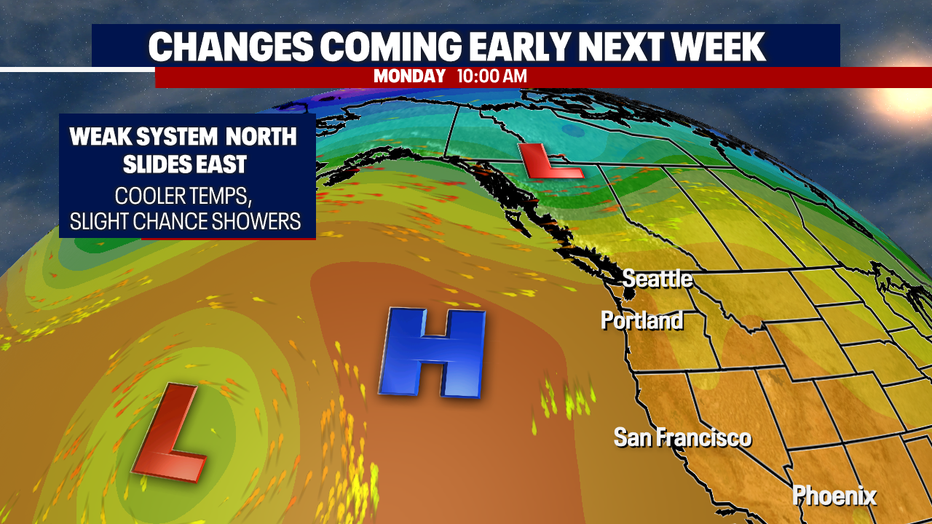 So far October has not seen any rain in the bucket at SeaTac. And even though we haven't had much rain since early June we are still about and inch an a half above average since the first of the year. 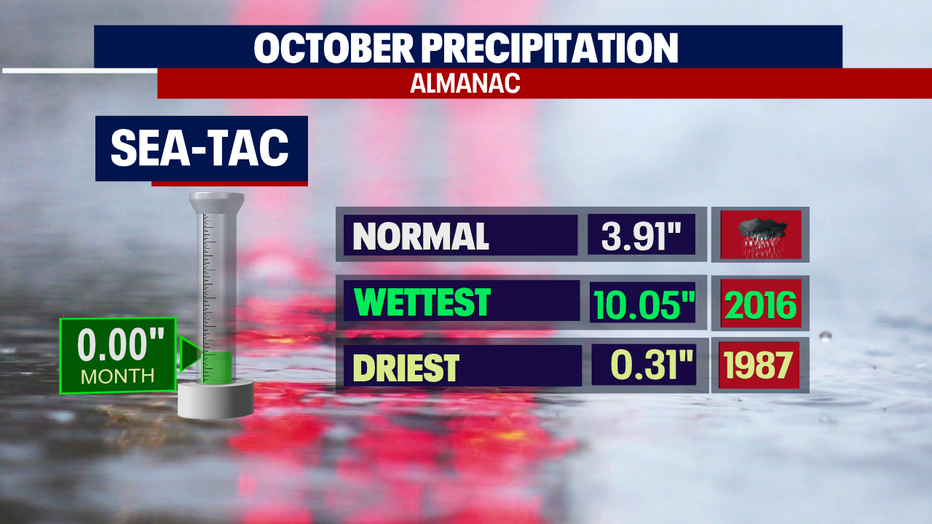 Highs Friday should warm into the upper 60s to upper 70s, but this all depends on how quickly morning fog lifts and upper level smoke fills in over the region affecting heating. 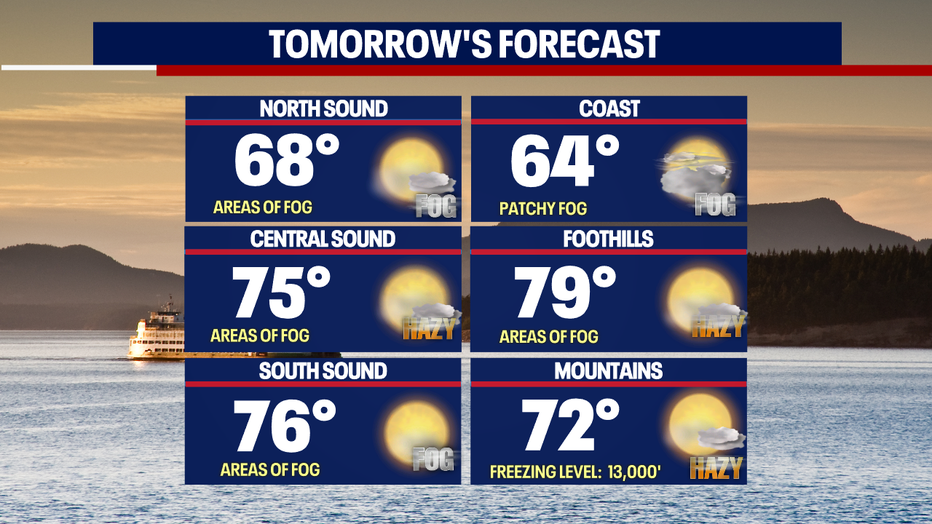 Who's excited for Friday's playoff game for the Mariners in Toronto? What a great way to kick off the weekend. This road game will be cool, only near 50 for first pitch at 1:07pm under mostly cloudy skies. #GoMariners 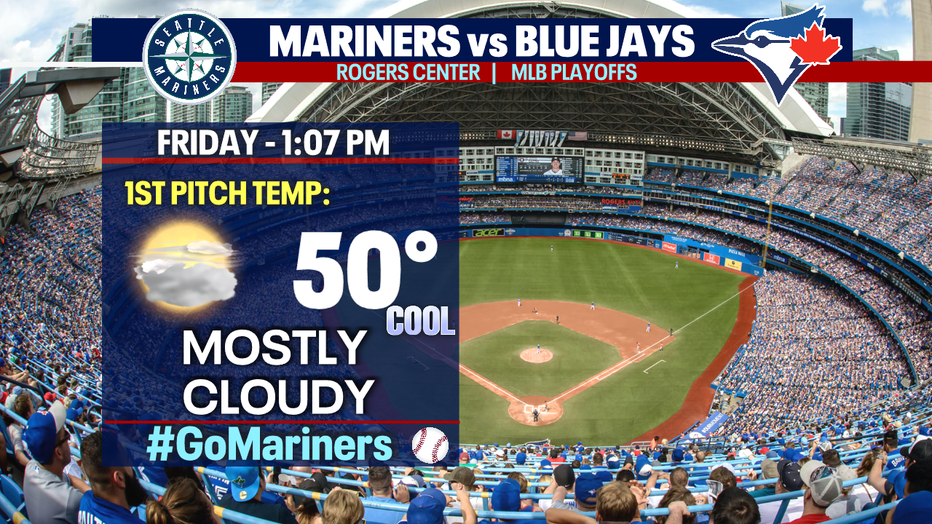 As we kick off the second week of October, we'll cool off a little with a slight chance for a sprinkle Monday into early Tuesday. Temperatures will drop into the upper 60s Tuesday, but that is still warmer than normal. The average high for Tuesday is 62.

The weekend has highs warming back into the low to mid 70s. Enjoy!

Have a great rest of the week. ~Erin Mayovsky, FOX 13 Forecaster 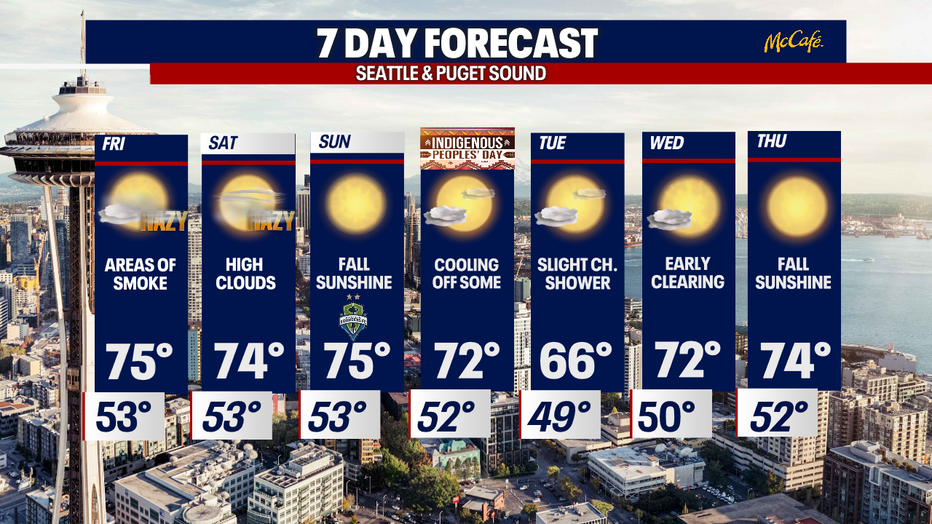 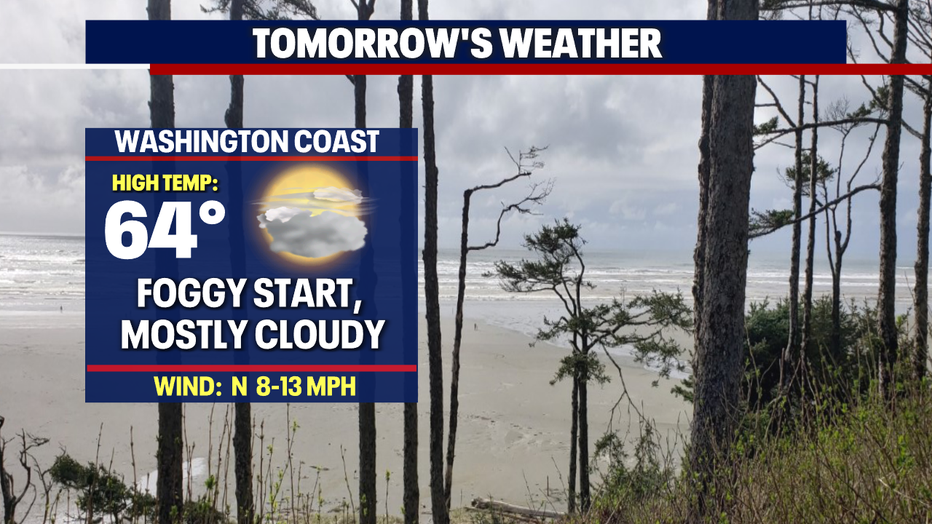 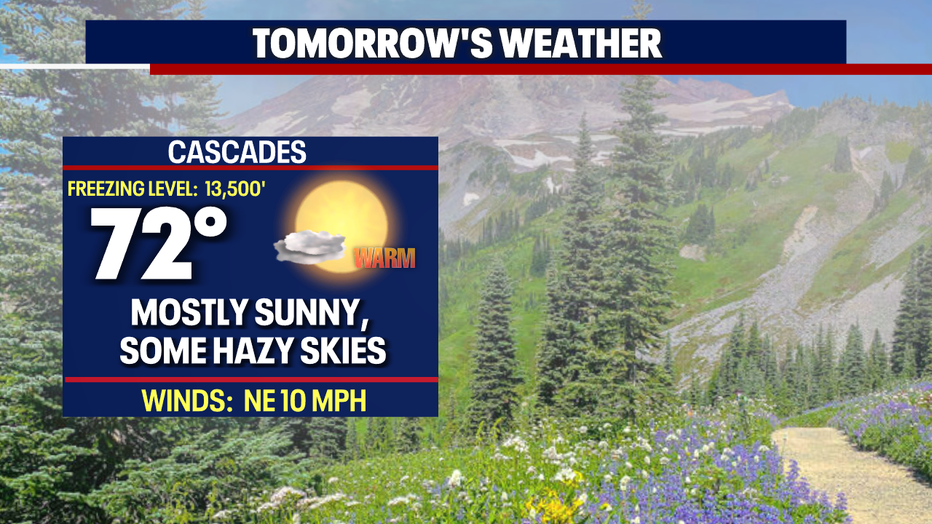 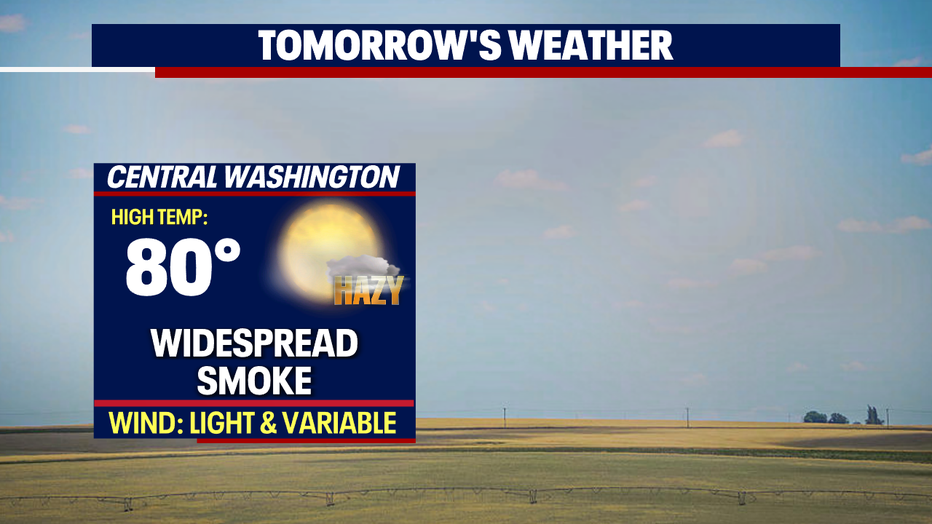