Air Quality Alert through Thursday, some relief on the way

SEATTLE - Parts of the Pacific Northwest have seen some small improvements in our air quality.

The one bright spot is Darrington, which skipped right into moderate air quality overnight but the rising sun seems to have churned up the atmosphere enough to move that air quality down to "unhealthy for sensitive groups". 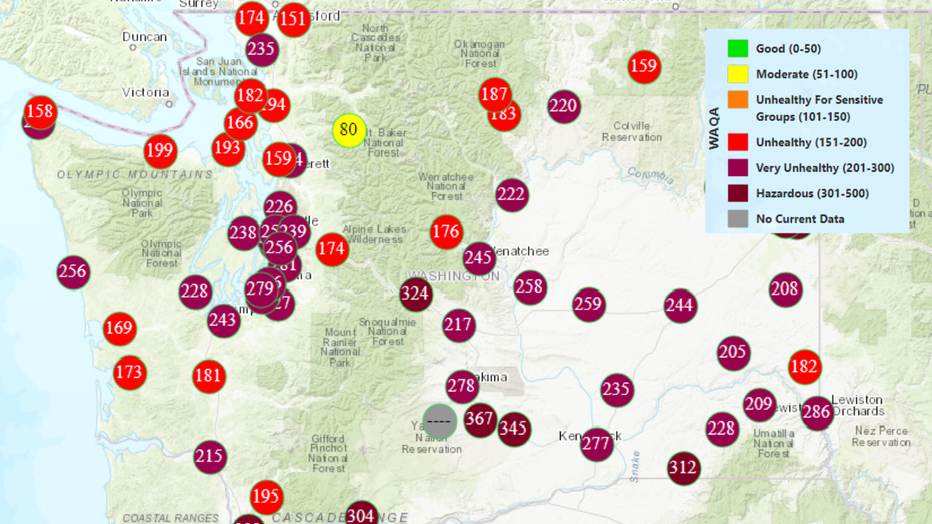 Not a whole lot of improvement is expected in the next 24 hours around Puget Sound, but showers along the coast and some winds from the south could end up washing some of the smoke particles out of the air and south winds could also lend an assist. South winds in Puget Sound could pull in some fresh wildfire smoke from Oregon as we get into Thursday before some beneficial rains look to move in late Thursday into Friday.

Warnings for bad air extends throughout four states and parts of British Columbia. The NW has the worst wildfire smoke in the country, but some of that wildfire smoke has arrived in parts of the east coast. Hazy skies from our exported smoke stretch from Richmond, Virginia up to Boston, Massachusetts. 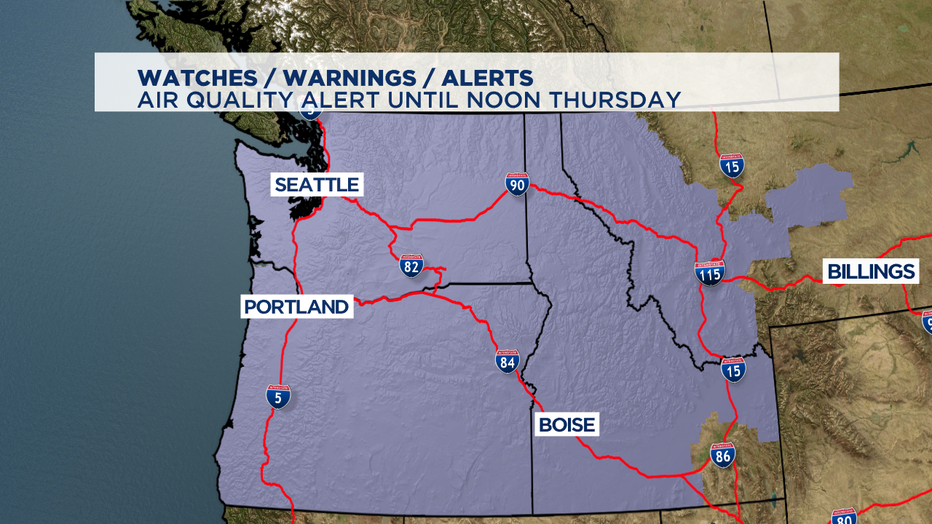 In the meantime, we're dealing with unhealthy to very unhealthy air around Puget Sound with some seasonal temperatures and a lot of clouds and smoke in the low 70s. Showers look like they'll stay mostly confined to the Olympic Peninsula. Normal high temp is 71 for the last week of summer. 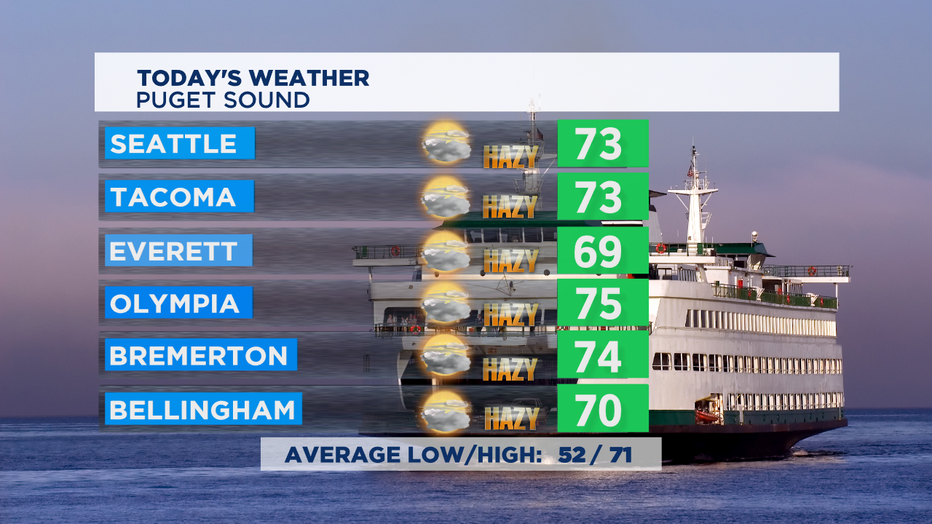 If the smoke layer clears a bit in some spots, like it did yesterday, we could see a 5-8 degree temperature jump in those random locations. In general, we're tracking a weather system developing well offshore. It looks to move in late Thu/Friday and will bring some cleaner air by this coming weekend. 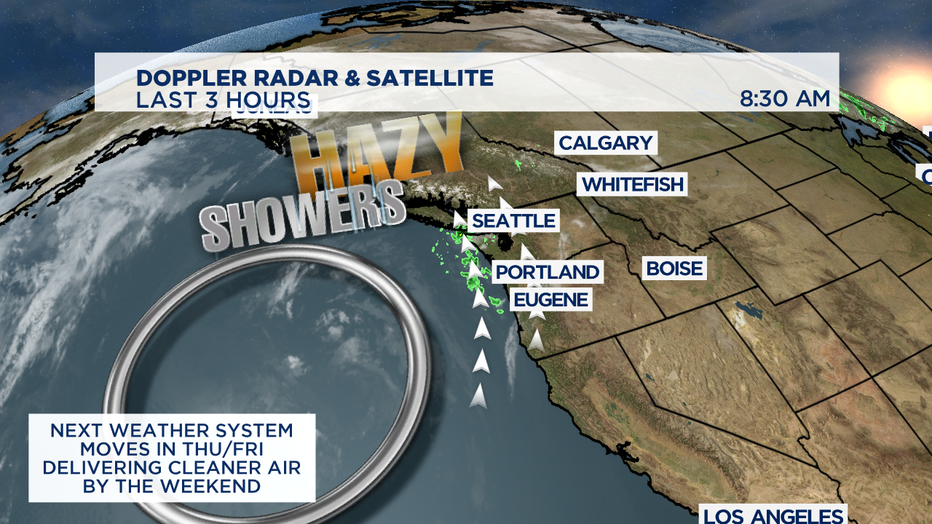 We could dry out with actual blue skies overhead just in time for the Seahawks home opener on Sunday. We'll finish up summer on Monday with a mix of clouds and sun with temps in the mid 60s. 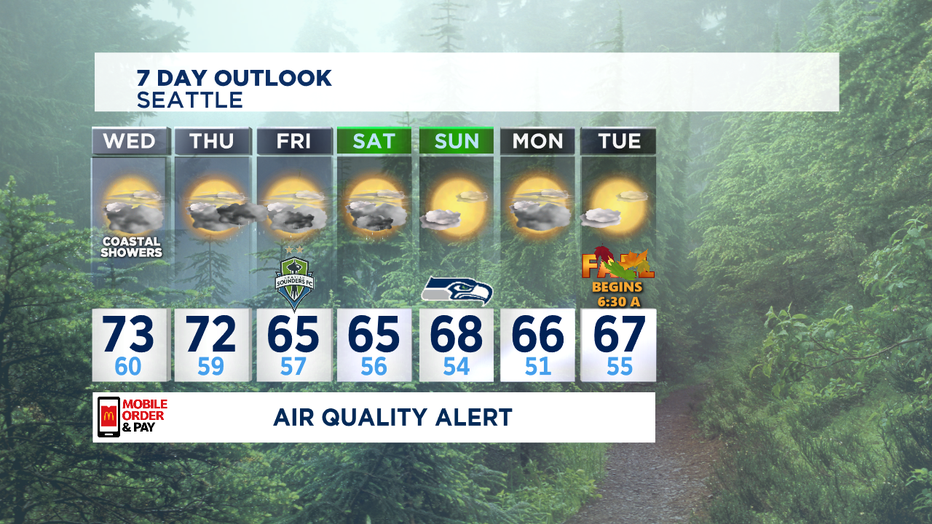 Tuesday is the Fall Equinox. The whole planet sees 12 hours of daylight and 12 hours of night. Nights after Tuesday will now be longer than days until we get to the Winter Solstice in December. -Tim Joyce