Seattle - The first day of the New Year did not disappoint with afternoon clearing for a partly sunny day.  High temperatures warmed into the mid 40s for most around the region. 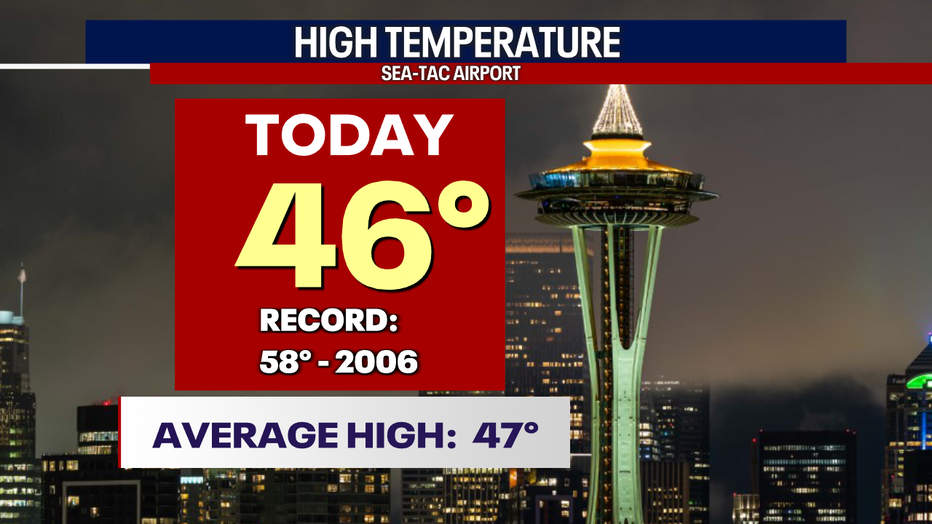 Clouds will increase overnight for mostly to partly clear skies with temperatures well below average. 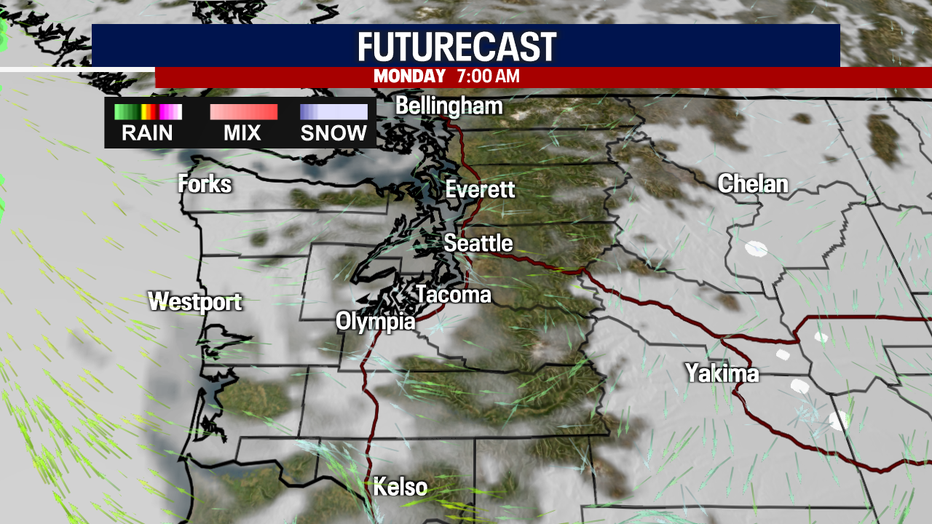 Most folks in Western WA will wake pretty chilly as lows sit near freezing!   Brr!  The coast is about the only place that will land near normal overnight. 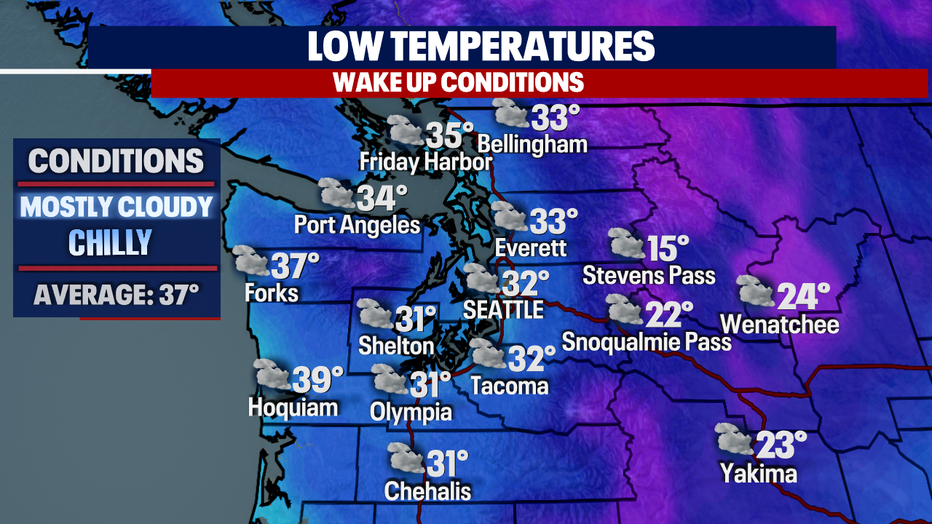 As a weak front tries its best to push inland throughout the day the coast most likely the only area that will see any showers.  Highs Monday warm into the mid 40s. 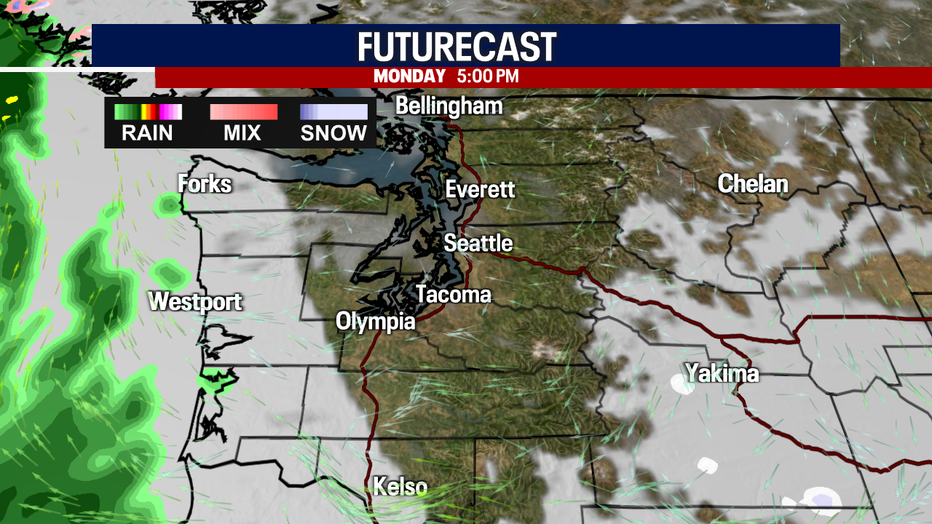 Keep an eye out for patchy early fog from Shelton southeast into Thurston County.  Allow extra time on the roads as visibilities will be reduced.

We also expect gusty winds at times through the foothills and into the Cascades.  Winds will push out of the southeast 15-18mph with gusts up to 25mph. 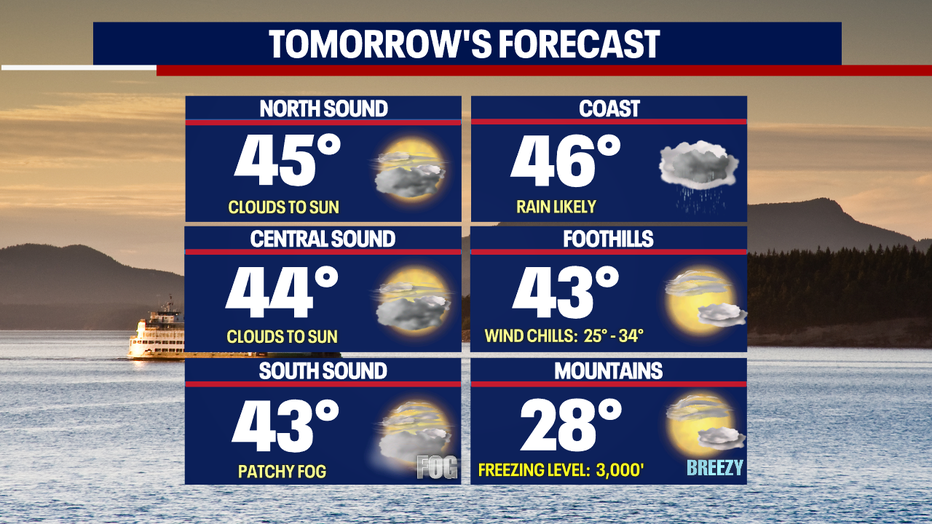 As the front falls apart late Monday night a weak trailing trough moves inland.  And with lows running well below average Tuesday morning some of us could wake up to a wintry/snowy mix for a brief period of time before turning to rain.  As showers ride north into Snohomish County they'll start to fall apart with the mountains hanging on to the precip a bit longer.  Stay tuned! 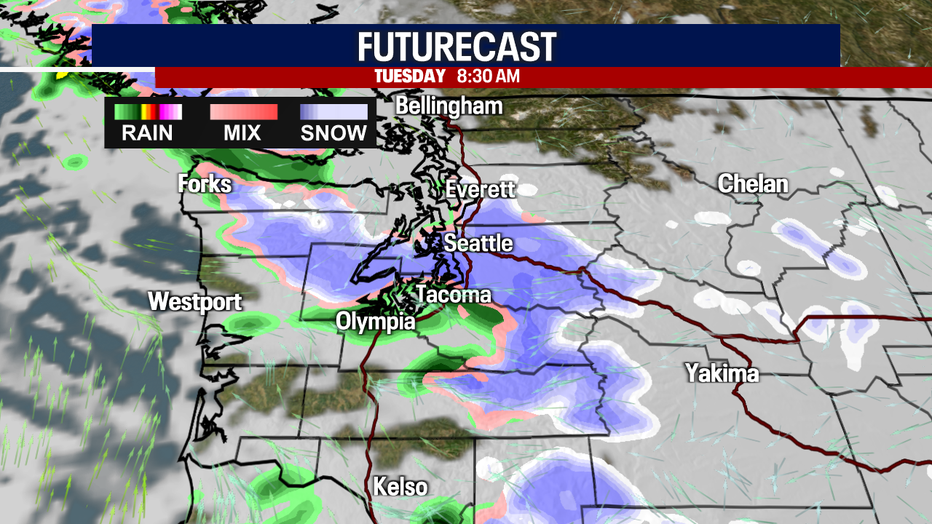 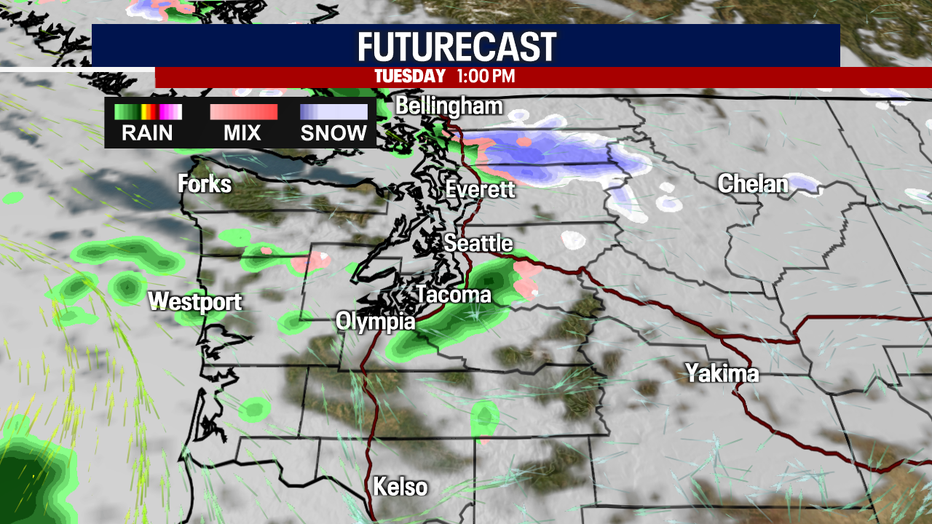 The rest of the week brings wet conditions at times with highs jumping into the upper 40s to 50 by the end of the week. 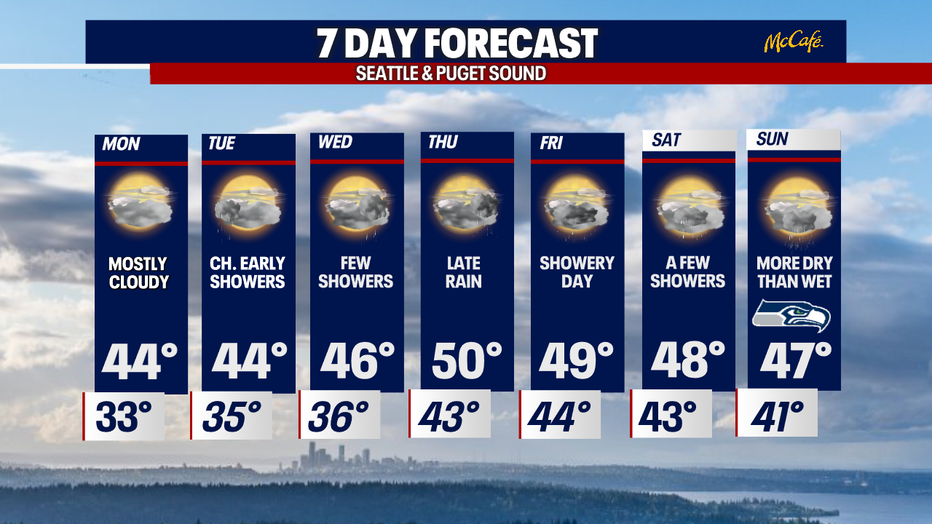 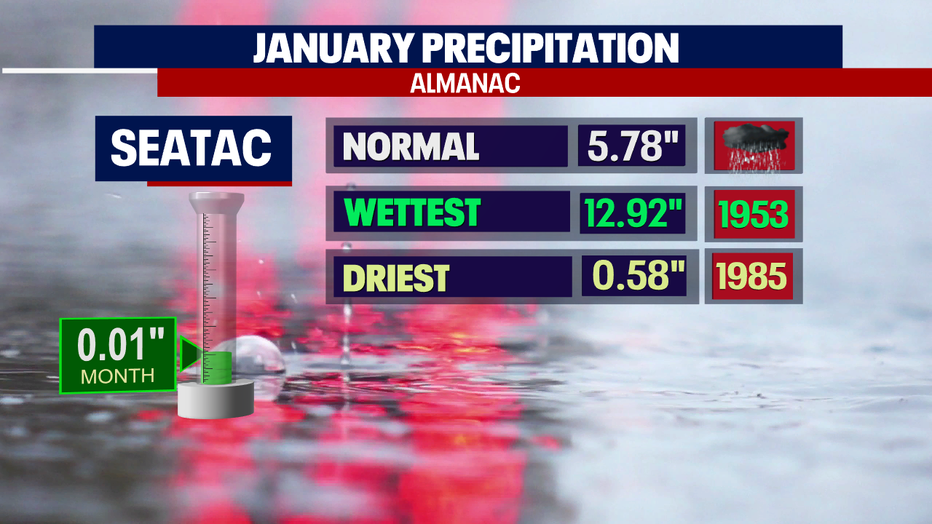