Showers for the next few days

Puget Sound will continue to see rain and showers for the next several days after a long dry spell.

SEATTLE - We saw a nice fall day on Wednesday. Highs were cooler than average by about four degrees for the Seattle area. Normal for the next few days is 57. 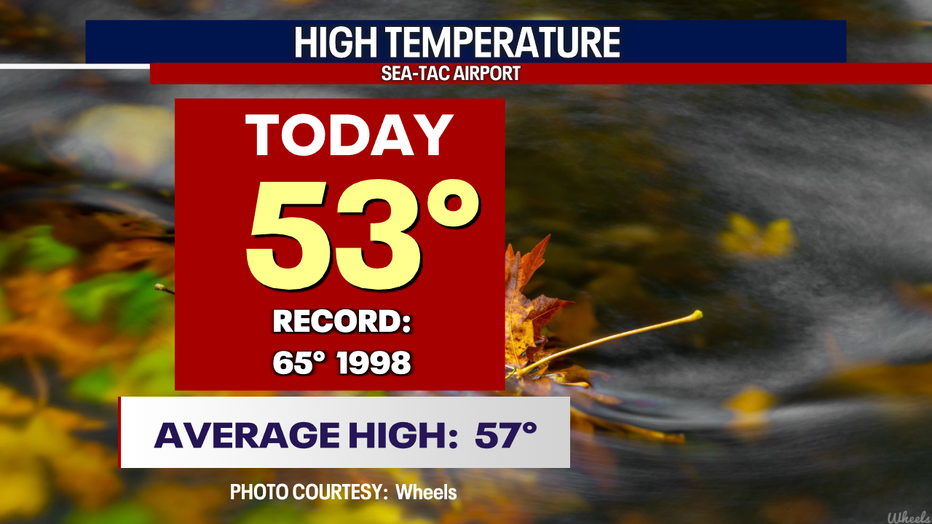 Overnight, temps cool into the upper 40s to low 50s for most around the region. Our seasonal low average is now 45, so tonight won't feel too cool. 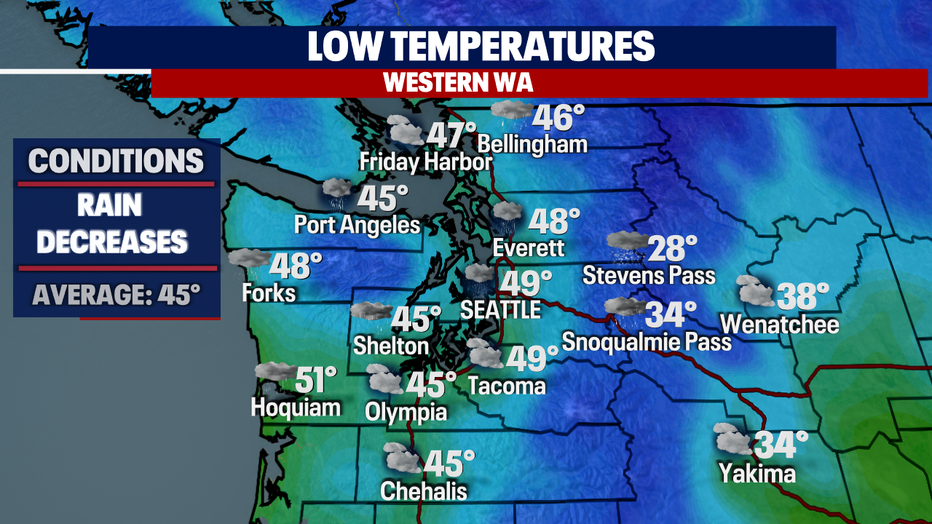 We are now into that traditional Fall pattern where systems will continue to find their way into the region.  We expect a few showers early Thursday for the North Sound, but most of the day will remain dry, but winds will whip through the area. 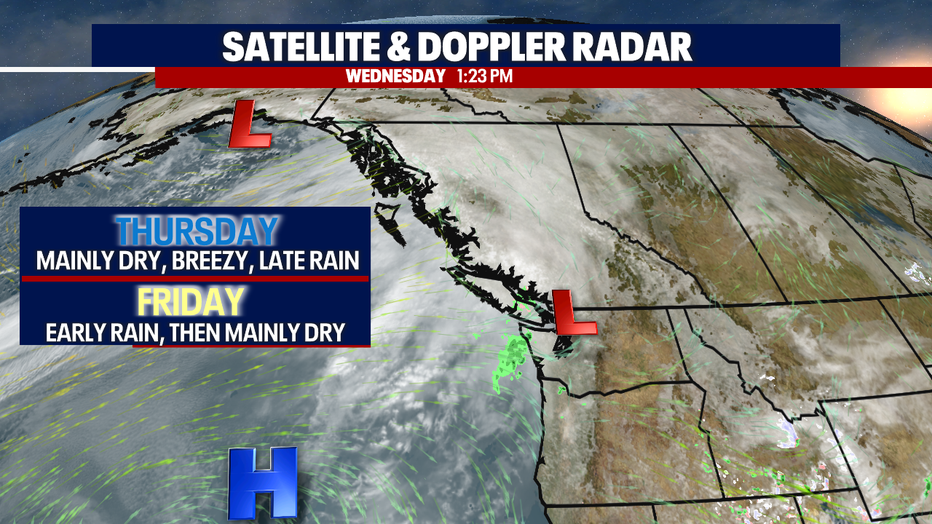 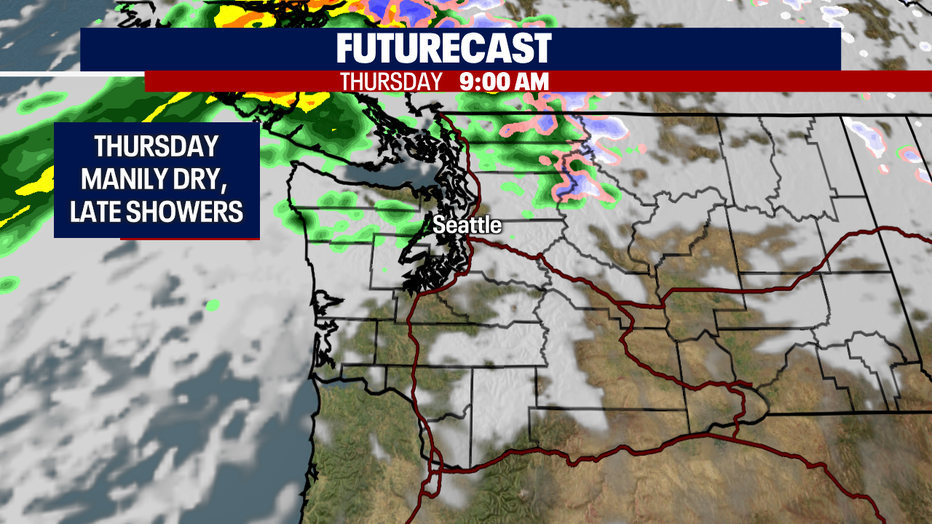 Look for winds to start gusting during the morning commute, especially for those along the NW Coast, Islands, and North Sound

With bursts of winds this strong we may see some power outages tomorrow along with down tree limbs. 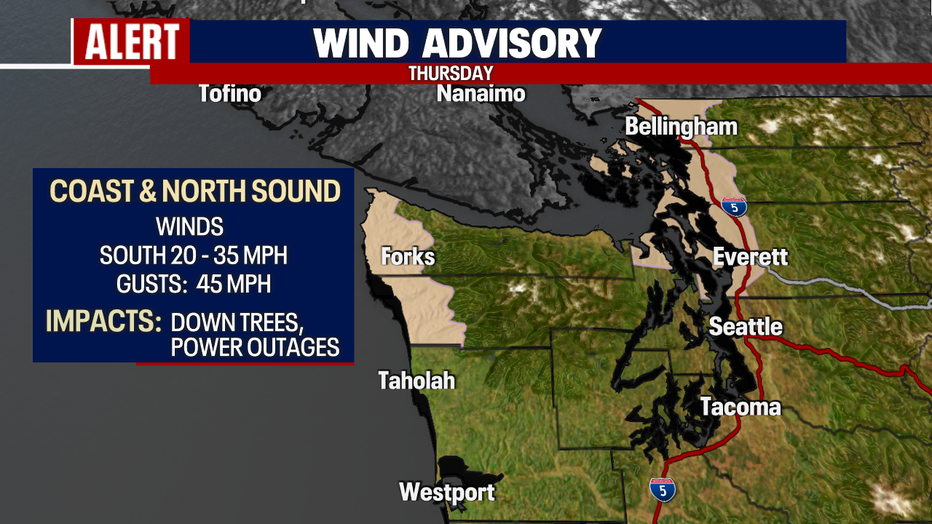 Here's a look at some peak gusts around Western WA Thursday.  We expect the biggest winds around midday. 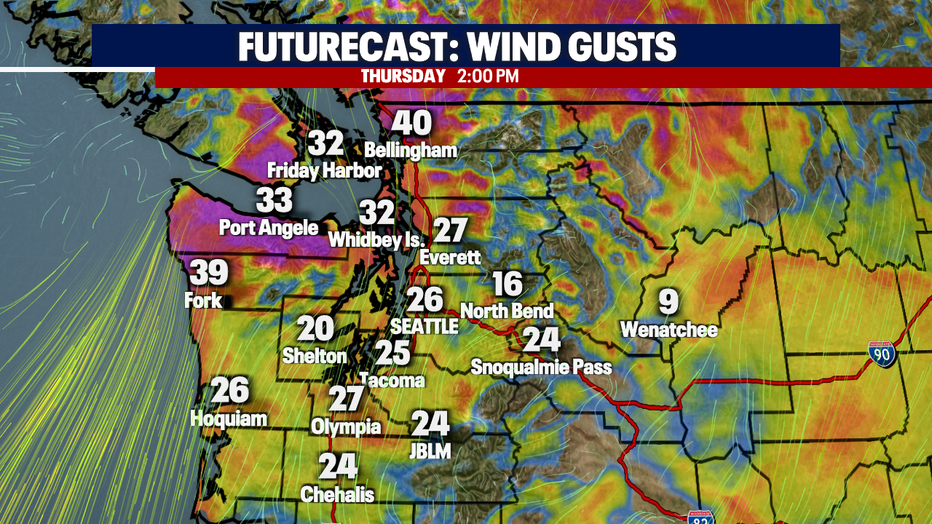 Just after dinner Thursday, rain will start to stretch across the area spreading heavy showers through the overnight hours.

We will definitely gain much more in the bucket as rain falls all night long with the mountains seeing the deepest totals during this time. 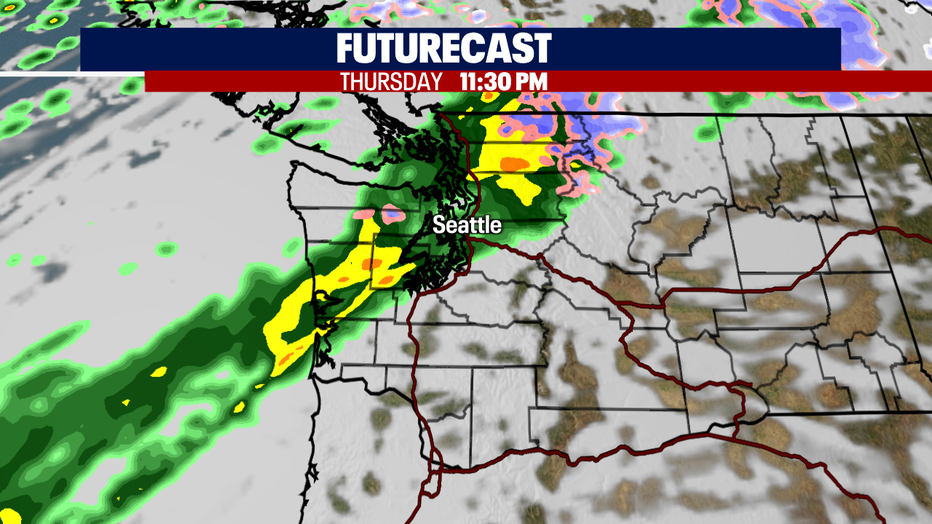 By Friday midday we'll dry out as we head into the weekend. High land in the mid 50s. 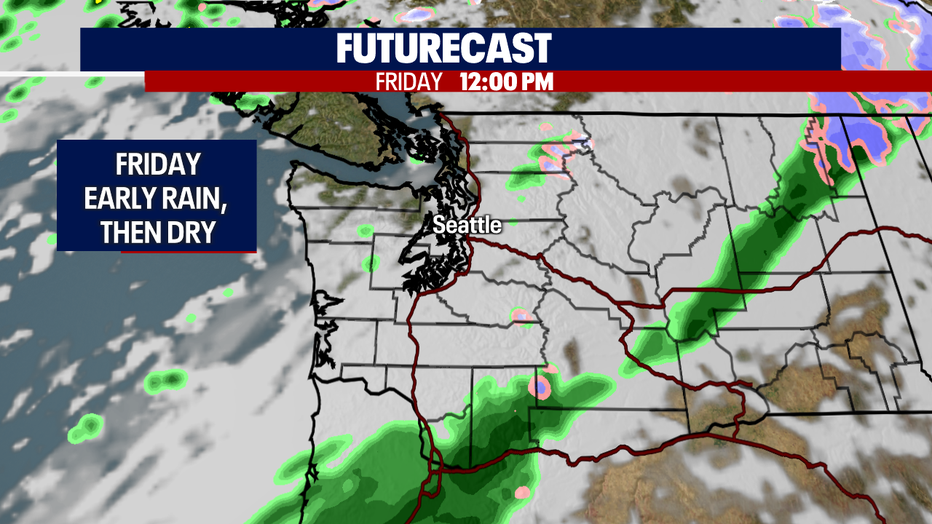 The weekend starts out dry, but scattered showers develop by mid-morning Saturday.  High near 56.

Sunday looks sloppy as rain and wind return just in time for the Seahawks game at Lumen Field. Kickoff is set for 1:25 p.m. with the Giants in town. Highs land near 54.

Look for scattered/spotty showers from Halloween into Tuesday with some clearing on Wednesday next week.  Temperatures cool into the upper 40s which is a good 10 degrees below average.  Enjoy! 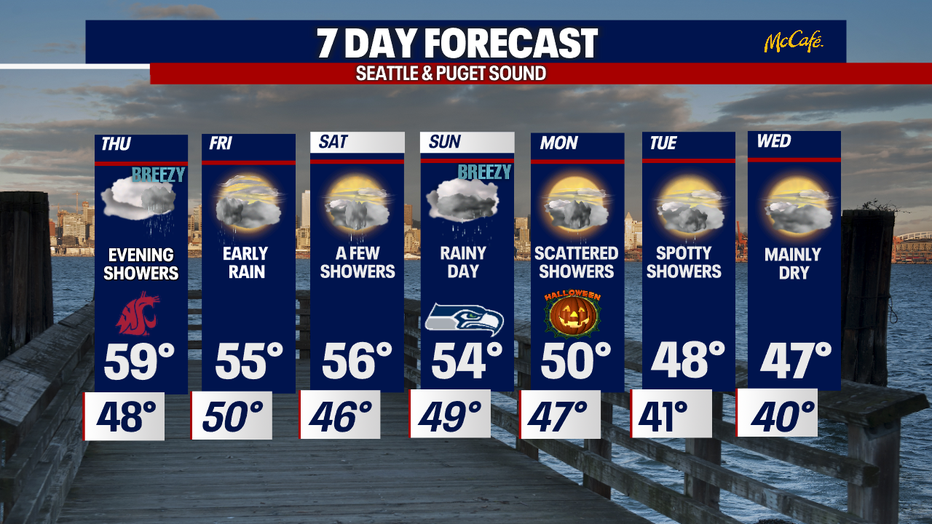