SEATTLE -- The plume of tropical moisture is here, pushing widespread showers across Western Washington with very mild, above normal highs. In fact, Friday some of us will top out in the upper 50s to near 60!

Normal for this time of year is 49 with our overnight average lows near 37.

Friday night temperatures will only fall a few degrees, keeping our overnights in the low to mid-50s, very warm for this time of year. 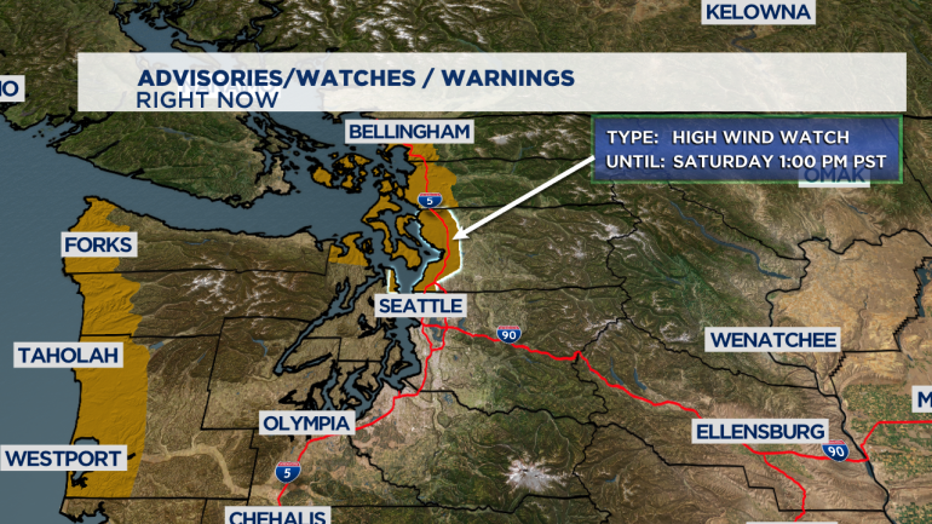 Along with the rain comes a burst of wind as well for our region, especially along the coast, through the Strait, the Islands, and the North Sound. The National Weather Service has issued a "High Wind Watch" for those areas starting Friday afternoon through Sunday morning.

Winds could gust up to 60 mph out of the south, with sustained winds 25-40 mph Friday night with a second burst of strong wind out of the west Saturday morning.

Something else to consider: the excessive amount of rain and mountain snow is prompting NWS Seattle to post more alerts regarding flooding.

A "Flood Watch" goes into effect Friday afternoon through Sunday morning for most of Western Washington counties.

We're also watching the Skokomish River near Potlatch in Mason County. A "Flood Warning" will hold through the weekend as the river will most likely rise above moderate flood stage through early Saturday morning.

And with snow levels around 6,000 - 8,000 feet that will increase area rivers to move fast and high into the rest of the weekend. The landslide threat remains high through the beginning of next week too. 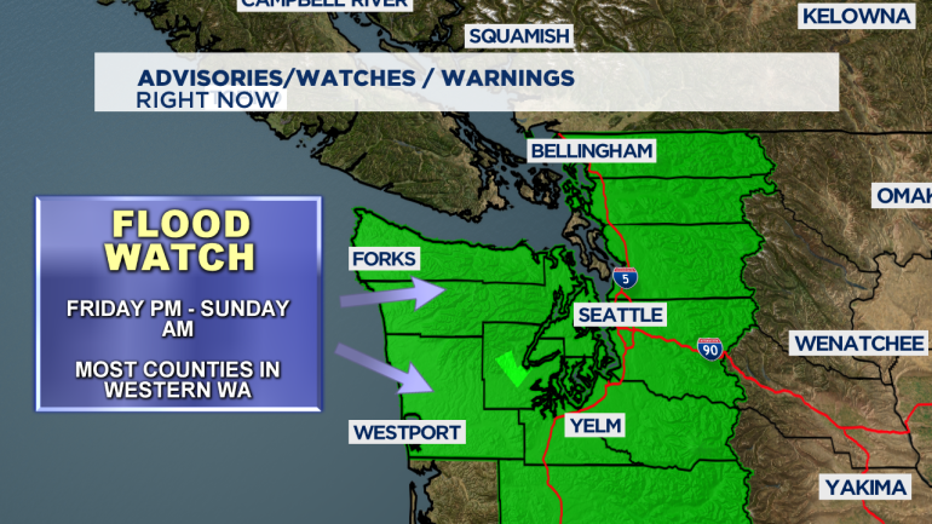 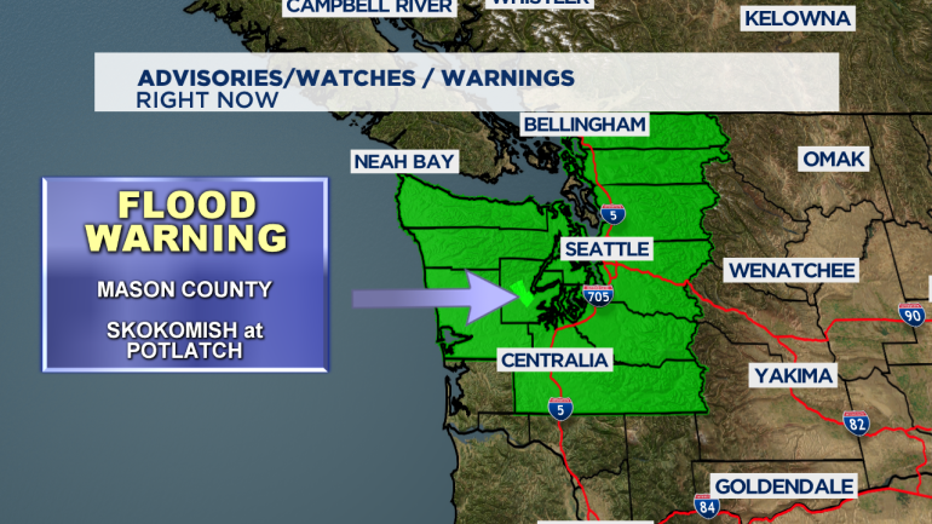 With so much rain saturating our grounds be aware of the threat of mudslides and land erosion is high. Know your surroundings, especially when you are driving around backroads off the beaten path.

We'll see a drier and colder air mass move in for Sunday and Monday. Temperatures on Sunday morning could be near freezing, so any remaining moisture could be brief light snowfall, though we're not expecting much for accumulation except for the foothills and mountains.

Monday looks dry and chilly. Watching closely how we warm out of this brief cold snap. If temps are still near freezing when moisture arrives Tuesday morning, some light snow is possible before it changes over to rain. 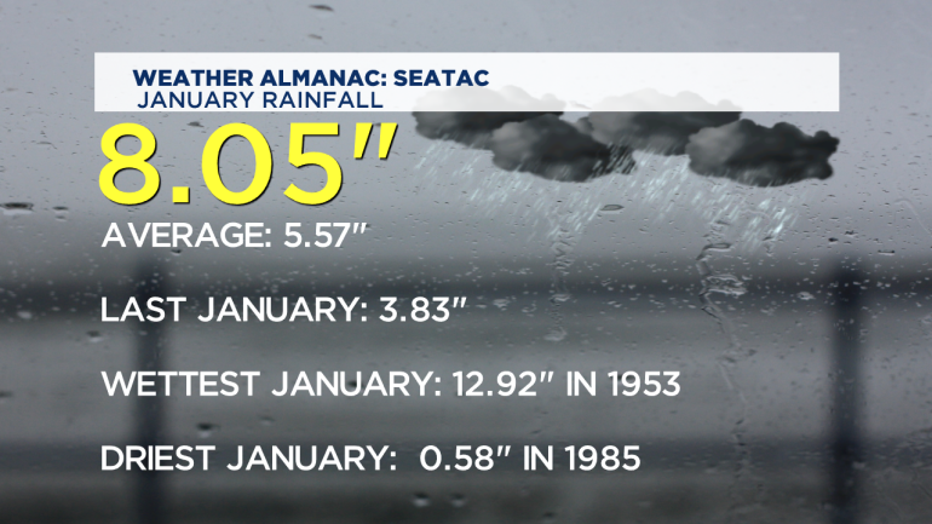