Parts of the Northeast could begin to feel the effects of Hurricane Henri as soon as late Saturday, as the storm barrels toward the region.

NEW YORK - As Hurricane Henri inches closer to the Northeast, New Yorkers and New Englanders are once again reminded that tropical cyclones are possible, even that far up the East coast.

Hurricane Henri is on course to collide Sunday in the late morning or afternoon with a long stretch of coastline, as hurricane warnings extended from near the old whaling port of New Bedford, Massachusetts, across the luxurious oceanfront estates of New York’s Hamptons, to the summer getaway of Fire Island.

Gov. Andrew Cuomo pleaded with New York residents to make last-minute preparations, warning that heavy rain, winds and storm surges from Henri could be as devastating as Superstorm Sandy in some parts of the state. The governor, who will leave office in two days following a sexual harassment scandal, warned that heavy rains were expected to create problems far up into the Hudson River Valley.

Gov. Ned Lamont warned Connecticut residents they should prepare to "shelter in place" from Sunday afternoon through at least Monday morning as the state braces for the first possible direct hit from a hurricane in decades. In Rhode Island, Gov. Dan McKee similarly urged state residents to stay at home Sunday and into Monday morning.

But for long-time residents in the Northeast, the warnings and evacuations have been heard before with some of these previous storms. 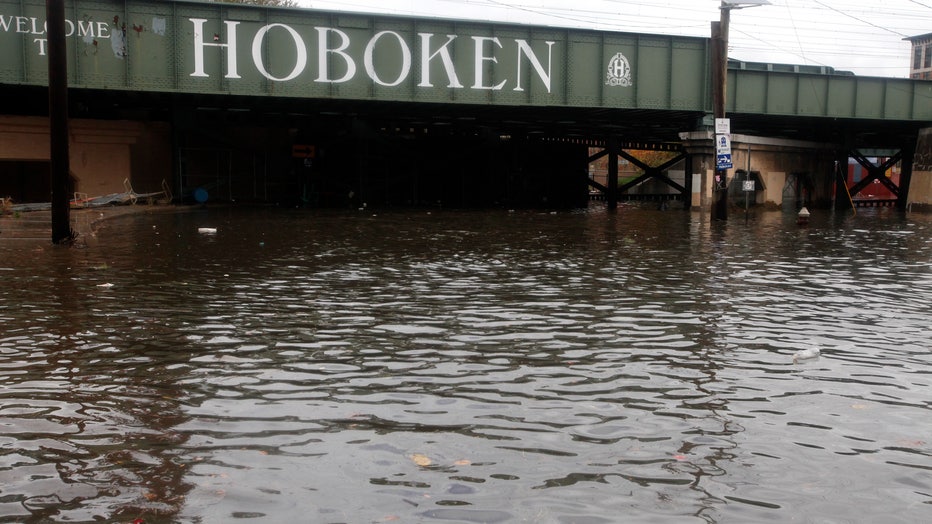 On Oct. 29, 2012, Superstorm Sandy devastated coastal areas of New Jersey and New York, causing billions of dollars in damage, and killed dozens of people in the U.S. and Caribbean.

The recovery from Sandy has been lengthy for a number of reasons. Some projects lack needed federal funds, while others had money available but were delayed by internal conflicts and inefficiency. The sheer scope of Sandy’s damage and the havoc it visited on aging tunnels and other infrastructure also created delays.

New York’s Metropolitan Transportation Authority, which serves several million riders daily on subways, trains and buses, had to repair damage to more than a dozen bridges and tunnels, many pre-dating World War II, caused by tens of millions of gallons of saltwater. 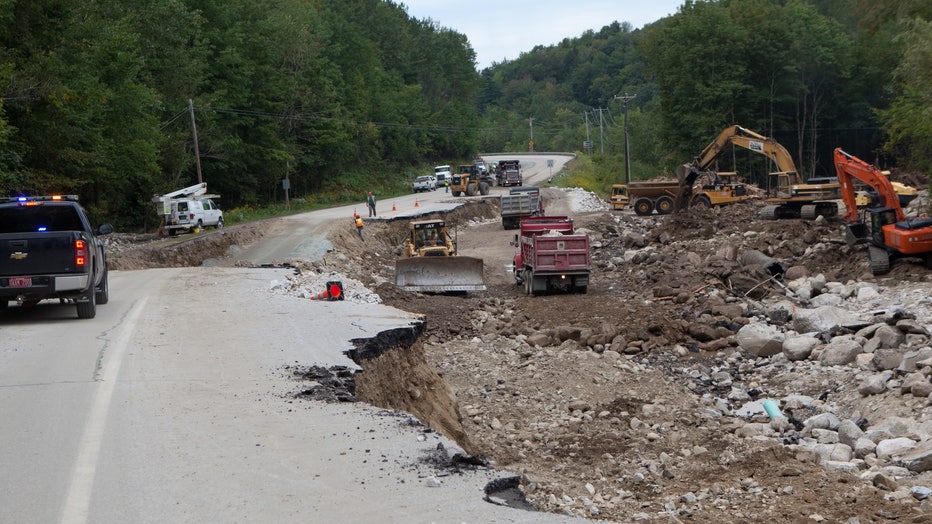 MENDON, VT - SEPTEMBER 1: Repair crews work on a washed out section of Rt 4 between Rutland and Killington on September 1, 2011 2011 in Mendon, Vermont. Killington is one of several Vermont towns that were isolated after flooding from Tropical Storm

In August 2011, when Hurricane Irene roared up the coast, it killed at least 46 people in 13 states with a handful more in the Caribbean. Many in the Northeast breathed a sigh of relief when the New York City area was largely spared.

But then the storm, which became a tropical storm, settled over the Green Mountains, and Irene became the biggest natural disaster to hit Vermont since an epic flood in 1927.

Irene killed six in the state, left thousands homeless and damaged or destroyed more than 200 bridges and 500 miles of highway. Of the state’s 251 towns, 225 had infrastructure damage.

RELATED: Hurricane Henri could bring floods to our area as storm approaches landfall

Thirteen communities were cut off from the outside world after flooding washed out roads, electricity and telephone communication. National Guard helicopters spent days ferrying supplies to stranded residents.

When the waters receded at last, the state created a cabinet-level position to focus on recovery and opened nine long-term offices to help residents. 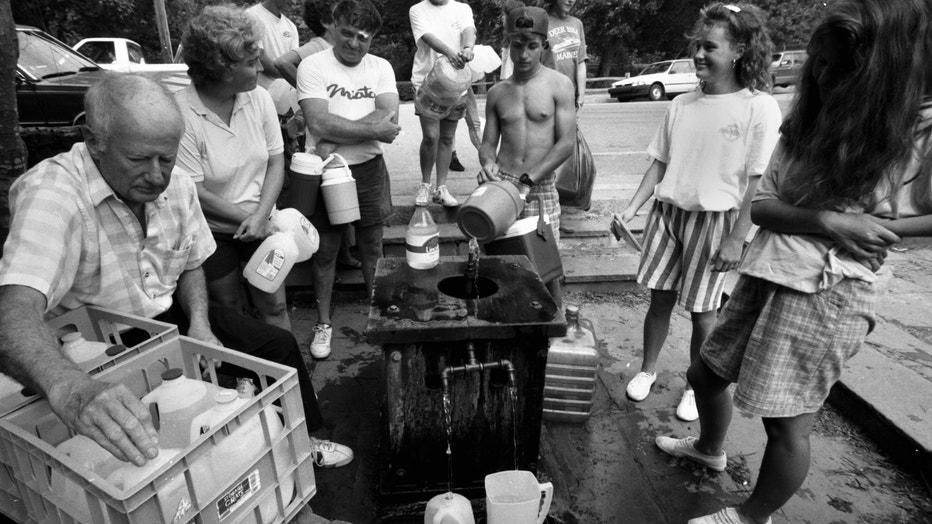 SANDWICH, MA - AUGUST 23: Residents gather around a well at town hall to fill their water jugs in Sandwich, Mass., on Aug. 23, 1991. Power needed to operate their wells still has not been restored to many after Hurricane Bob four days ago. (Photo by

Hurricane Bob howled into New England in August 1991 — as a devastating Category 2 storm — after hammering Long Island and brushing the central East Coast with gusts up to 138 mph. Highways were snarled as vacationers and residents fled low-lying areas.

Thursday marked exactly 30 years since Bob stormed ashore, killing at least 17 people and leaving behind more than $1.5 billion worth of damage. It left streets in coastal towns littered with boats blown free of their moorings and cut electricity and water to hundreds of thousands of homes and businesses for days. 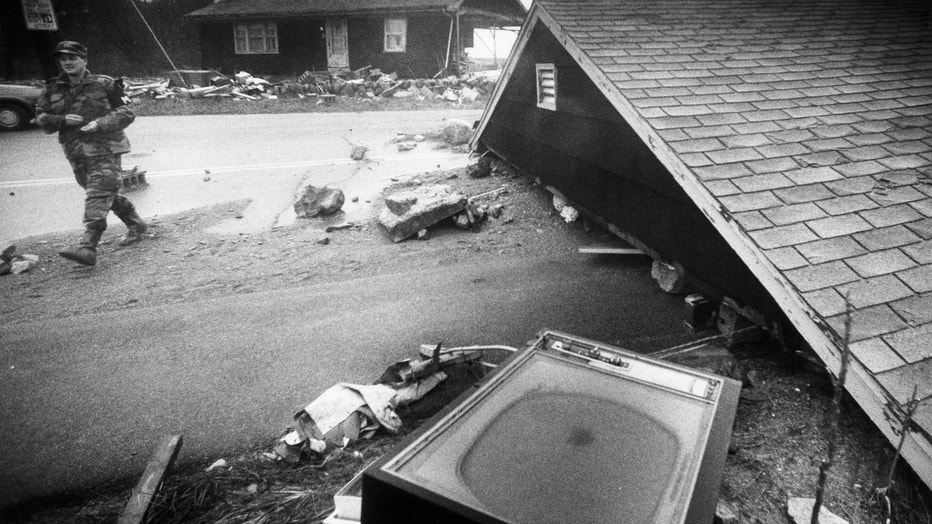 The so-called "perfect storm" — also known as the Halloween Storm — hit New England about two months after Hurricane Bob. It started as a nor’easter, in which form it inflicted the most damage. A hurricane eventually formed at its center — but it purposely went unnamed, because meteorologists worried it would be distracting.

The National Weather Service nicknamed it "The Perfect Storm" after a meteorologist forecasted the weather event.

Damage from the storm totaled more than $200 million. Thirteen lives were lost as a direct impact of the storm.

Scientists predict the Northeast could see more, stronger hurricanes in the future

The Associated Press consulted with 17 meteorologists and scientists who study climate change, hurricanes or both. A few experts remain cautious about attributing global warming to a single event. For years, when asked about climate change and specific weather events, scientists would refrain from drawing clear connections.

But over the past few years, the new field of attribution studies has allowed researchers to use statistics and computer models to try to calculate how events would be different in a world without human-caused climate change.