SEATTLE - An atmospheric river is headed straight for us bringing heavy rain and windy conditions. Heavy rain will continue to push inland throughout the night!  Snow levels will rise to 6,000' tonight, so precipitation in our mountain passes will be in the form of rain, only increasing our flood threat. 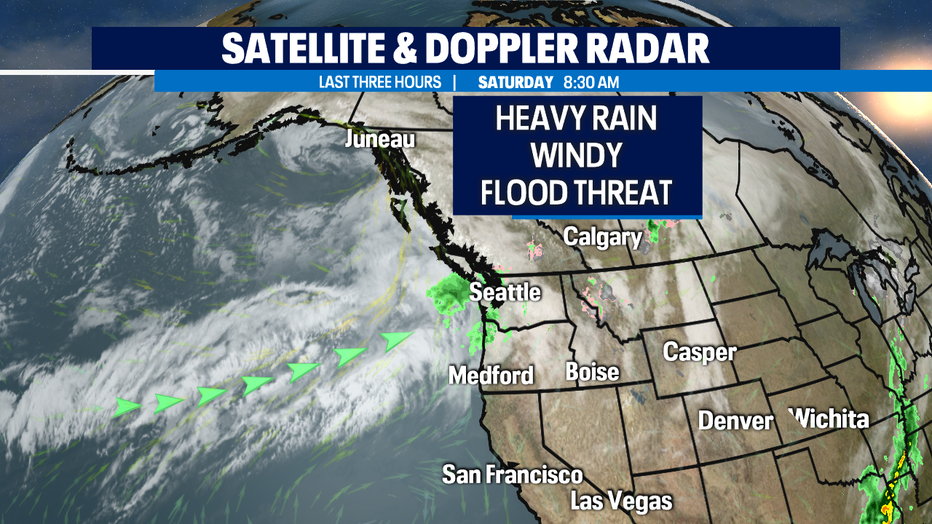 The heaviest rainfall will occur on coast and south of the Sound. These regions are under a marginal threat for excessive rainfall. While that's on the low end of the scale (1 out of 4), localized short term flooding is possible. 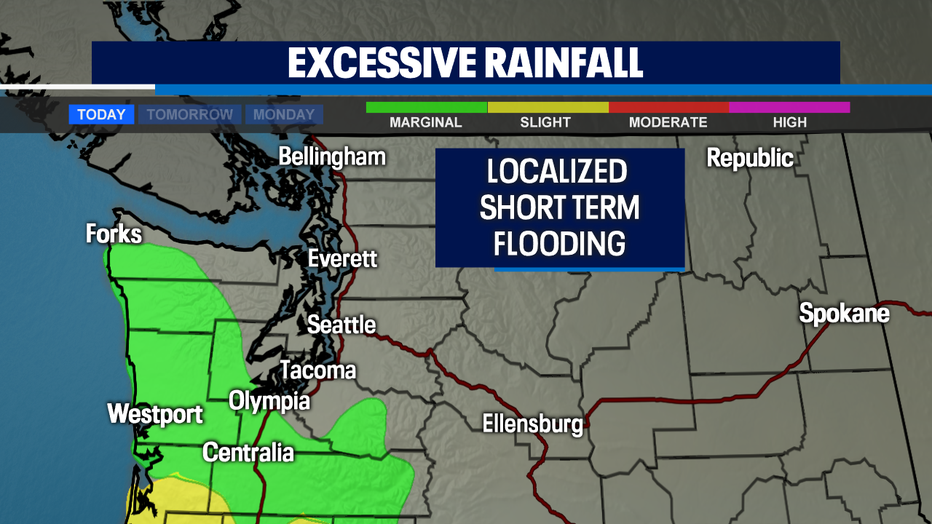 *FLOOD WATCH* is in effect through Sunday evening. Never drive through a flooded road. 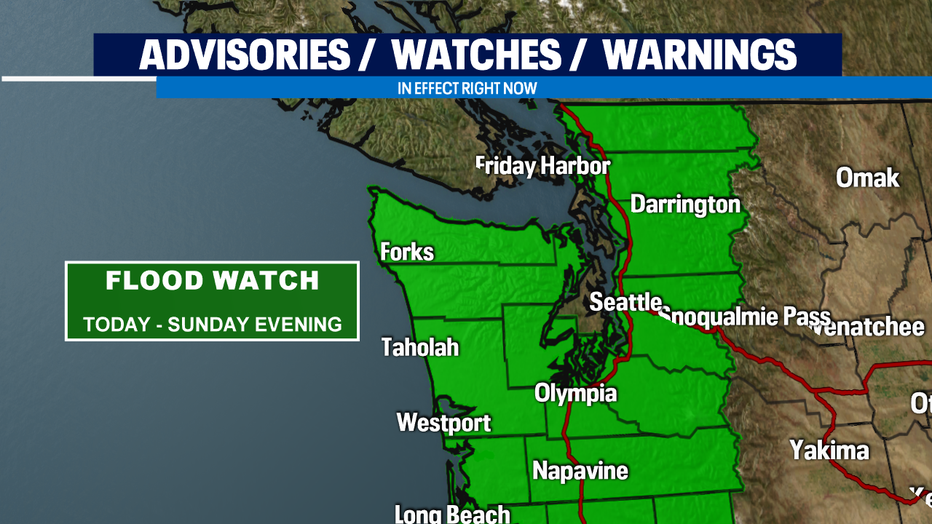 *FLOOD WARNING* is in effect for the Skokomish River at Potlatch. It's forecasted to rise to the moderate flood stage this afternoon. Folks in Mason County, don't drive through a flooded road. 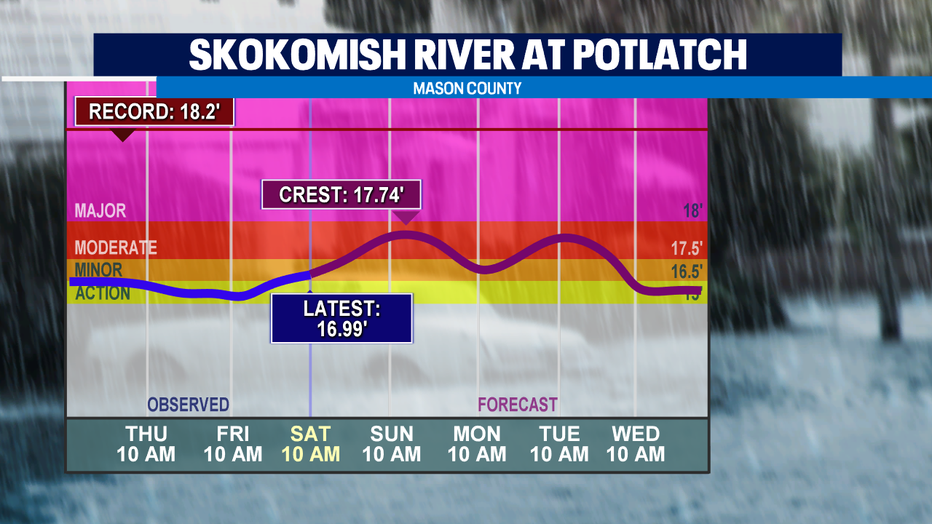 *WIND ADVISORY* is in effect for the coast, San Juan, Western Whatcom, Western Skagit counties and the Admiralty Inlet area from 1pm to 1am Sunday. Power outages are possible. 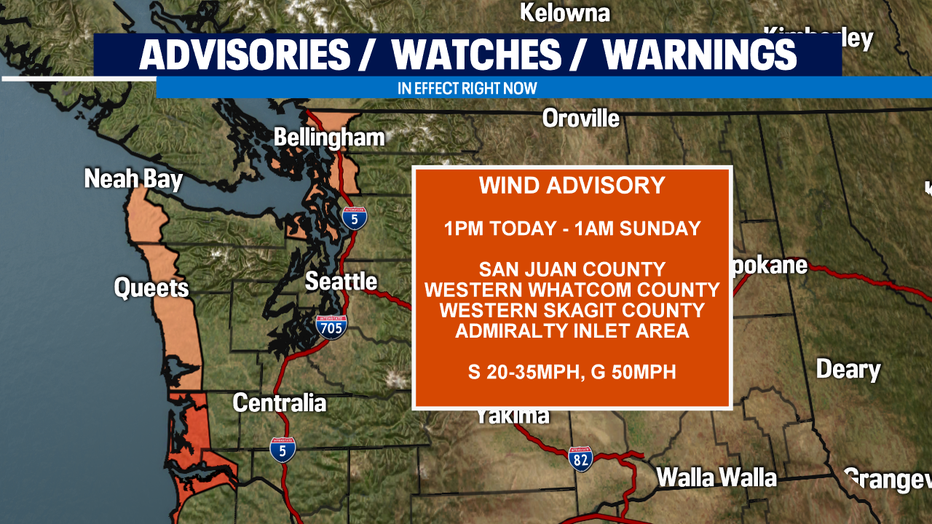 We'll dry out by Sunday morning but a few showers can't be ruled out. Another surge of moisture will move in from south to north Sunday evening bringing another round of heavy rain and breezy conditions into Monday. 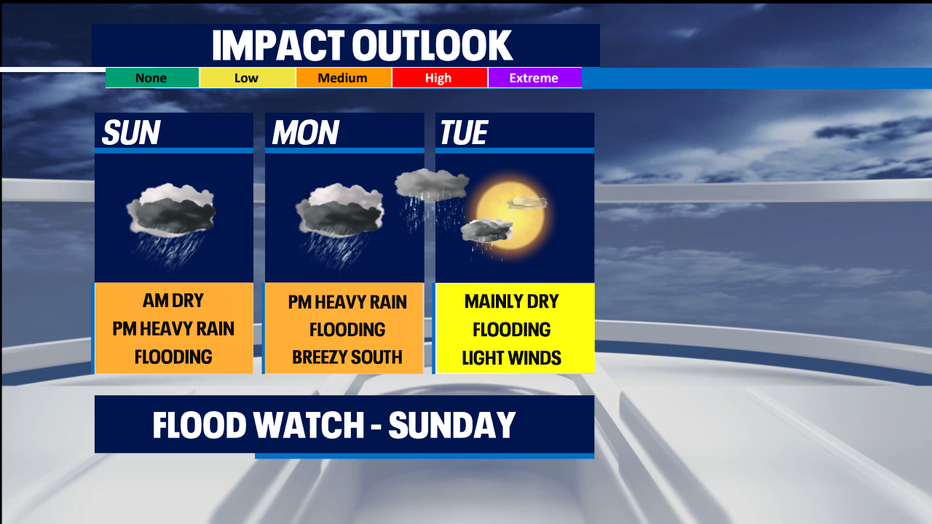 Something we area also keeping a close eye on for Monday is very cold air dropping into Western WA from the north.  With some precipitation still in the region the mixing of rain with the cooler air could lend to a few snow flurries flying late evening Monday into early Tuesday.   This is one of those tricky timing forecasts for sure.  Areas to watch will be the north Sound/Convergence Zone along with Central Puget Sound and the foothills.  This will not be a long-lasting snow event if it comes to life because we'll run out of moisture by Tuesday mid-morning.

Tuesday, Wednesday, and Thursday look like we'll see some Winter sunshine with much cooler highs and lows.  We'll finally get back to average temperatures for the is time of year,  45/35 after running so warm in the upper 40s to low to mid 50s. 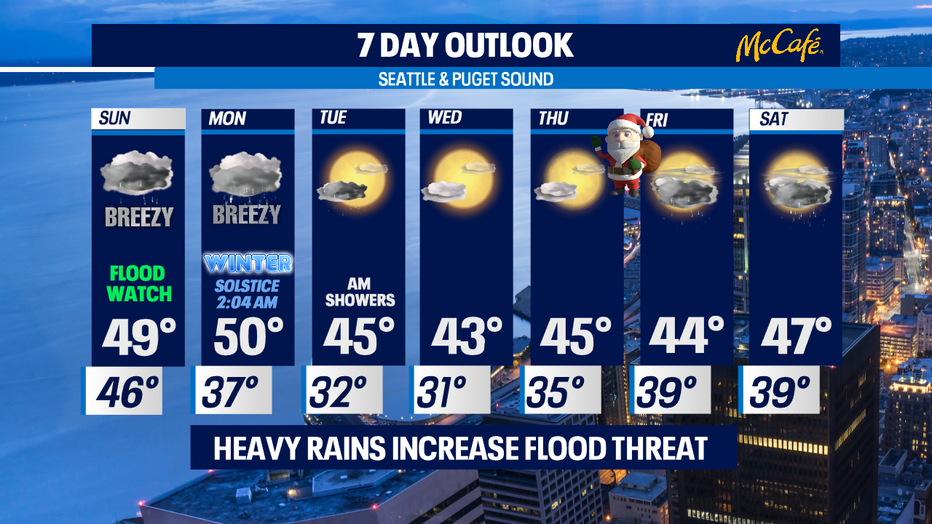 Have a great night!
- Erin Mayovsky