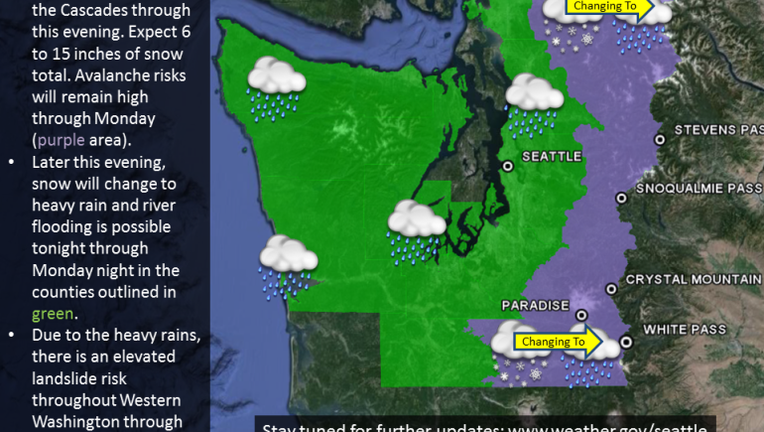 SEATTLE -- A weather system is bringing several inches of rain to the lowlands and more than a foot of snow to the Cascades.

The National Weather Service issued a flood watch from 8 p.m. Sunday through late Monday for the lowlands stretching from the Canadian border south through Whatcom, Snohomish, King, Pierce and Thurston Counties.

Forecasters predicted 2-4 inches of rainfall for some parts of Western Washington by Monday.

"The greatest threat of river flooding is on the Stillaguamish, Skykomish, Snoqualmie, Tolt, Puyallup (near Orting), and upper Cowlitz rivers. The heavy rainfall will also lead to an increased risk of landslides."

Six to 15 inches of snow was predicted for the Cascades on Sunday. Forecasters expected the snow to change to heavy rain late Sunday night.

Avalanche risk was expected to remain high through Monday. 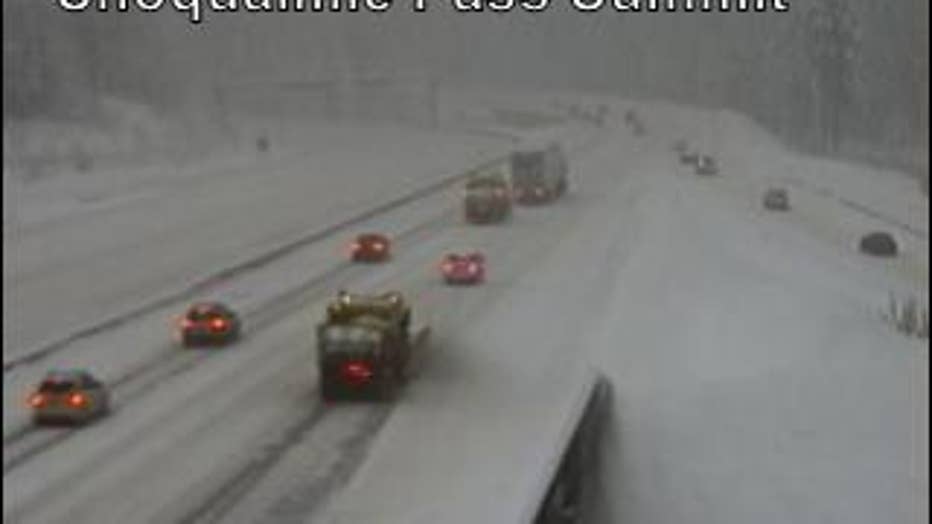 Officials closed the eastbound lanes around 1:30 p.m.  because of vehicle spinouts blocking the road.

I-90 reopened about an hour later, but chains were required for all vehicles except 4-wheel drive. Oversize vehicles were prohibited.

Stay with Q13 FOX News for updates on this developing weather story.