There's moderate downpours throughout the state, and some areas have a Flood Watch in effect.

seattle - An atmospheric river is transporting a lot of rain and gusty winds across Western Washington. Expect soggy conditions through the first half of Wednesday. 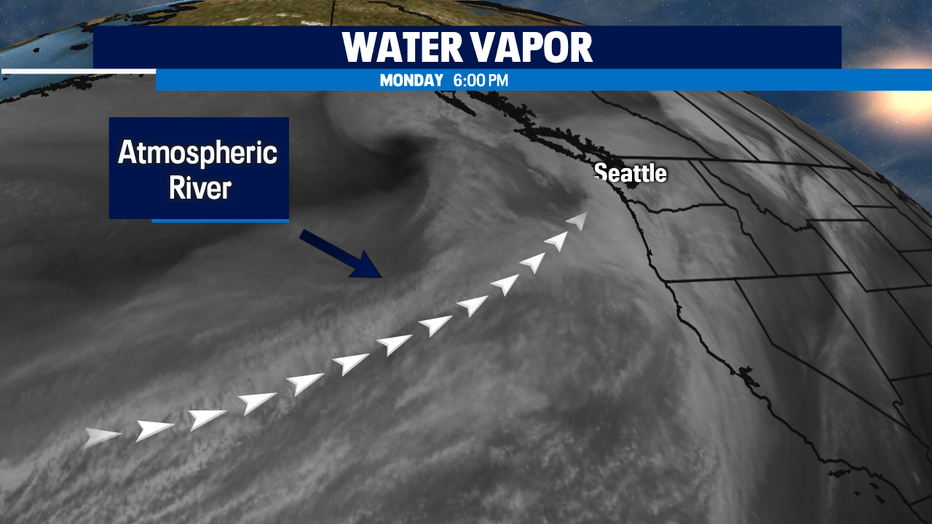 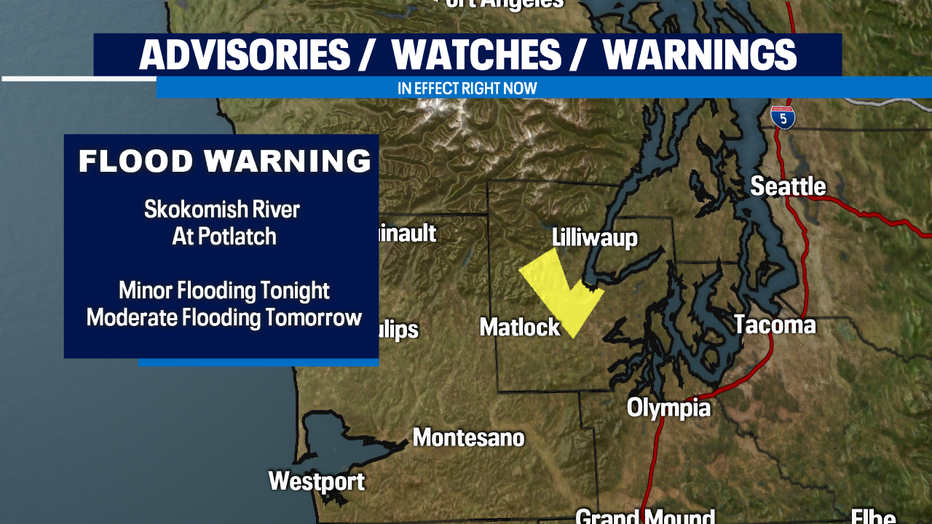 A Flood Watch is in effect for the rest of Western Washington. Urban and small stream flooding is possible. Never drive through a flooded road. 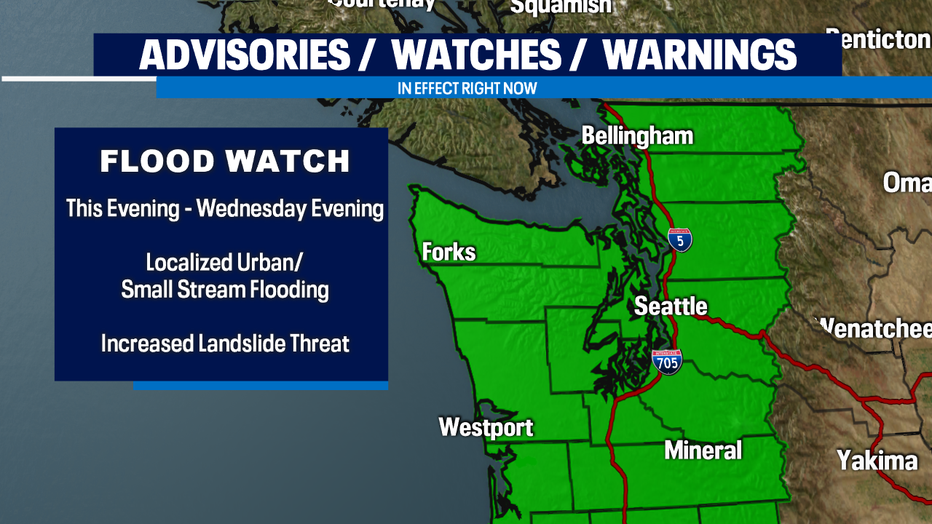 A Coastal Flood Advisory is in effect for the coast and Puget Sound. Winds could gust up to 50mph, and kick up waves as large as 20 feet. Coastal flooding is also possible and localized road closures may be possible. 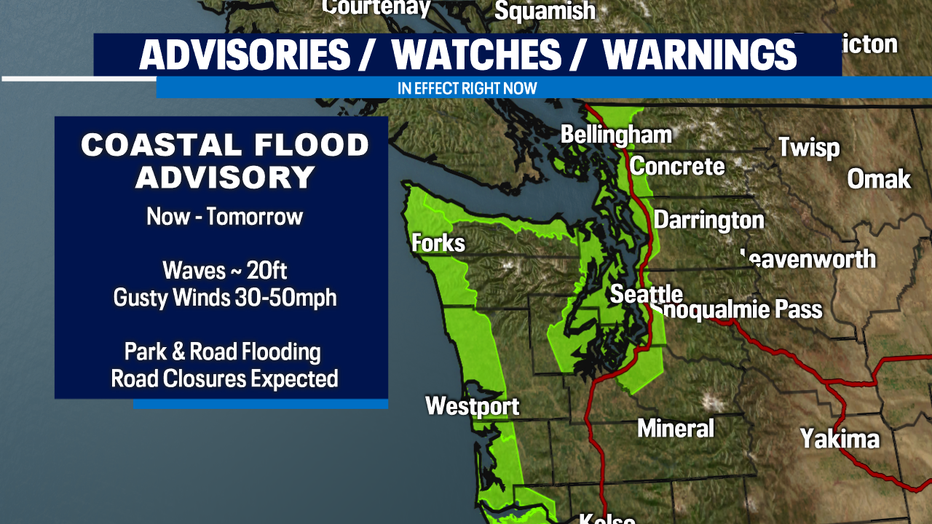 A Winter Storm Warning is in effect for the North and Central Cascades through tomorrow afternoon. The heaviest snow will fall in Mt. Baker and Stevens Pass ~12"-24". Snoqualmie will see a rain/snow mix and accumulation of 4"-6". Snow levels will jump to 7,000' tomorrow and with that, precipitation will be in the form of rain in the mountains which only increases the threat for flooding. Snow levels will drop to 3,000' by Wednesday morning bringing more mountain snow. 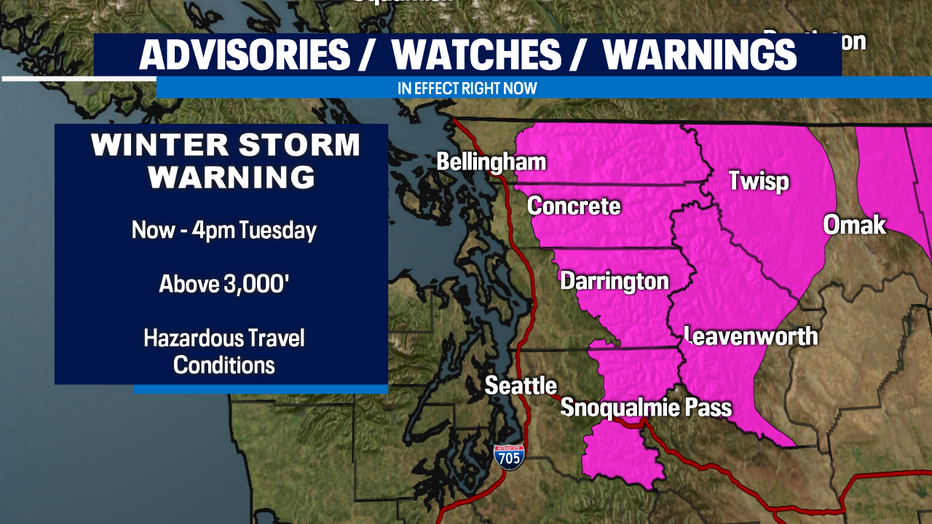 Here are the rainfall totals through Wednesday. 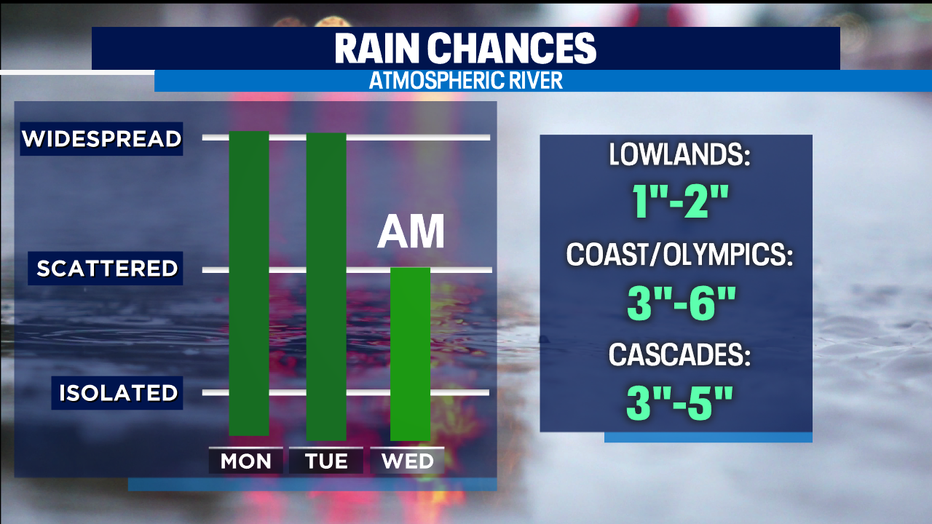 We'll dry out by Thursday! Another system moves in Friday bringing another shot of rain and for now, high pressure looks to build in for the weekend bringing much needed drier conditions.