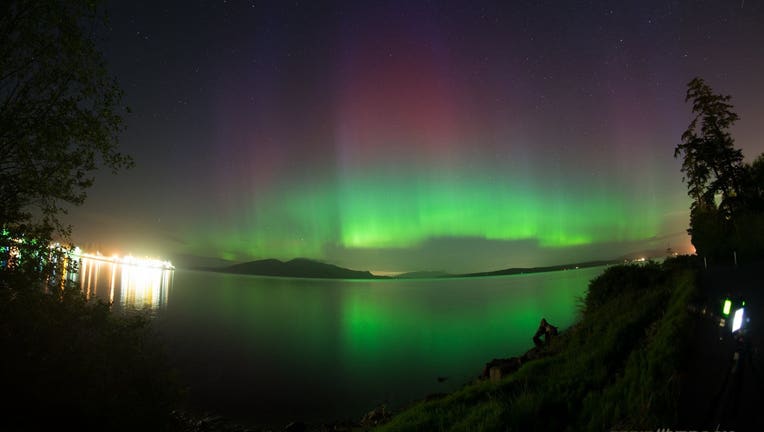 SEATTLE - A somewhat rare sighting of the Northern Lights may be possible around Western Washington Monday night, according to officials with NOAA's Space Weather Prediction Center.

A solar flare was detected coming off the sun on Saturday and was heading toward Earth, expected to arrive Monday afternoon. Scientists estimate the magnitude at a G2 class on their 5-point scale, where G1 is minor, and G5 is extreme.

Overall, the flare will have minimal impacts on Earth, with perhaps some power grid fluctuations on the surface and an increase in drag on satellites in low orbit, according to NOAA. And solar flares don't have any impact on human health.

But solar flares do trigger brilliant displays of the Northern Lights, and the only question is whether the storm will be strong enough to bring sightings this far south and whether skies will be clear to see them.

So far, initial data suggests the answers to both questions are "yes." 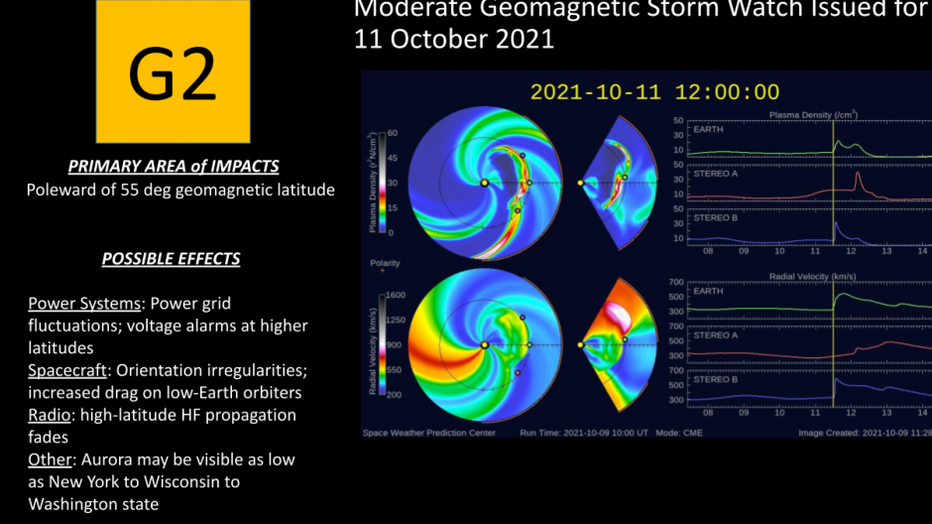 A G2 class storm typically has brought aurora sightings as far south as Washington. And skies look clear for much of the night in Western Washington, though high clouds may move in from the west after midnight.

For tips on spotting the lights, the best bets are to get away from city lights and find a spot with a clear view of the northern horizon. Lights may appear as a faint green or milky haze, depending on the strength of the display. If the storm really gets going, more dazzling greens and purples may be seen with just your eyes, provided they've adjusted to the darkness.

Or bring a camera, set it on long exposure and keep it steady, and the lights will pop out. Just remember, cameras are better than human eyes at picking up the color at night, so photos you see of the aurora on social media may not match what you might see in the same spot.

If you do adventure outside, bring a jacket -- or two! Monday night is shaping up to be the coldest night of the season, with temperatures dropping through the 40s after sunset, bottoming out in the 30s by daybreak.

Frost Advisories are in effect for parts of the South Sound and Cascade foothills where lows could drop to or near freezing.