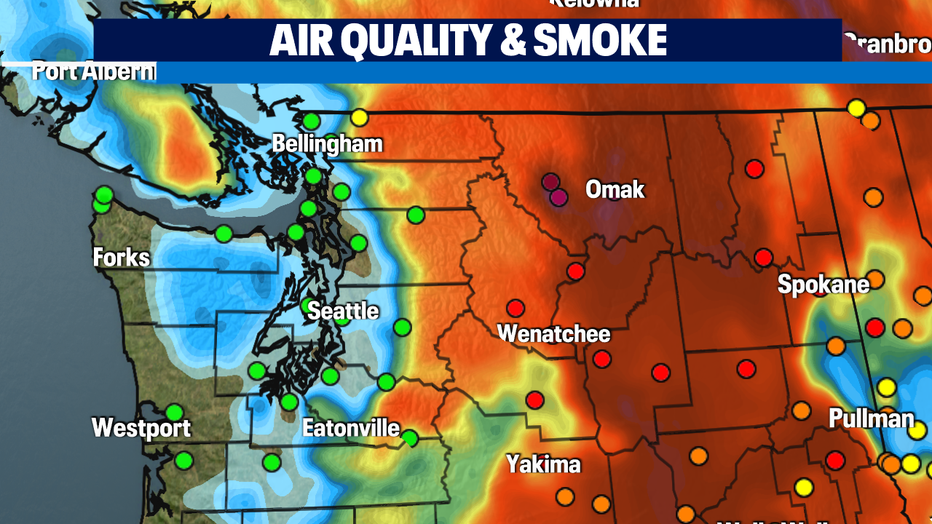 Here's our smoky sunrise this morning, bordered by a couple of crows.  Spooky!

Today, tomorrow and Wednesday will be similar - hazy sunshine with temps in the low-to-mid 80s for Seattle, which is a bit above normal. 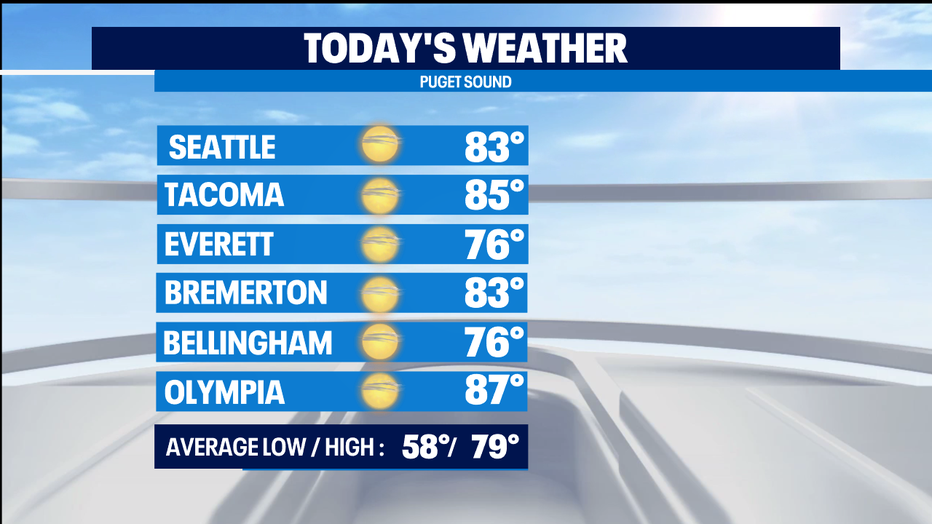 Thursday, a low-pressure system starts to move in from the Pacific.  First we get the clouds and cooler temps, and there is a slight chance of a shower.  Also the smoke will be pushed out of Western Washington.

Friday, this system will probably bring us some much-needed rain, and put an end to our dry streak.  It will also be cooler, with highs only in the low 70s.

Saturday will be mostly cloudy and cool-for-August, topping out in the low 70s.  There is a slight chance of showers in the morning, tapering off. 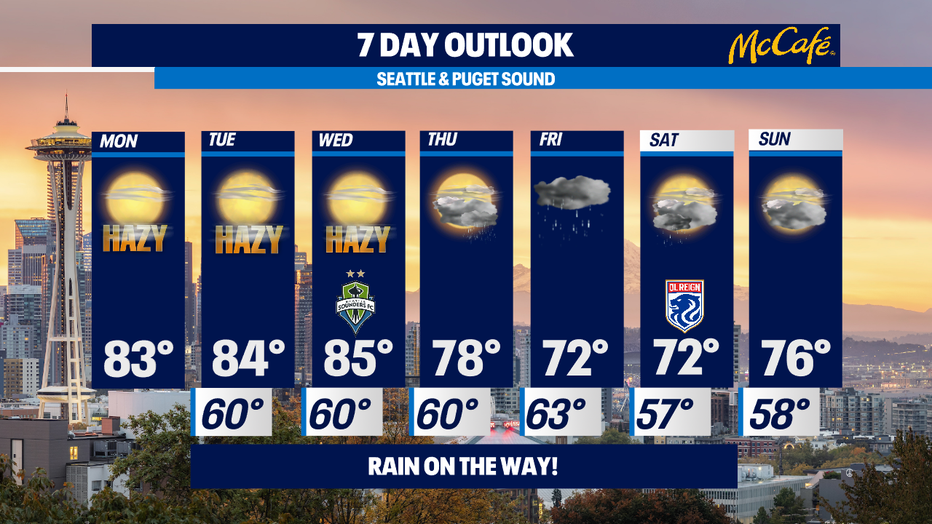 It's Mountain Monday.  Here's a nice viewer photo of Mt. Baker from ferry on the way to Anacortes. With hazy sunshine and highs in the low 80s, it's Waggin' Tail Day for the Pet Walk Forecast.  Looks like Frankie is done with P.J. who just keeps talking and talking!  LOL! 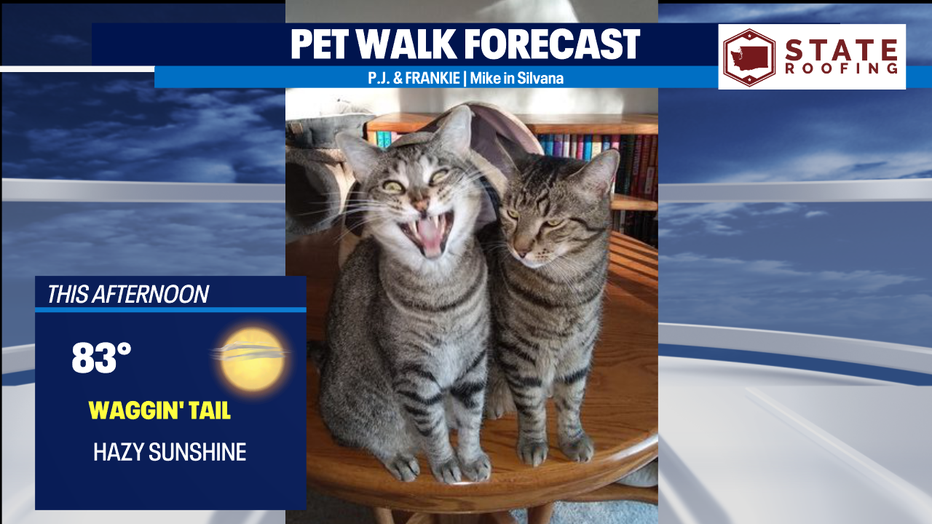