SEATTLE - October is the official start of our rainy season here in the NW, but you wouldn't know if from the last week. There was lots of fog and drizzle, but no measurable rainfall for most of us. That changes starting today with a chance of showers at times today and a mostly cloudy day across Western Washington. A bit more sun and warmth on the east side of the state with increasing clouds in Central Washington and afternoon temps in the low 70s. 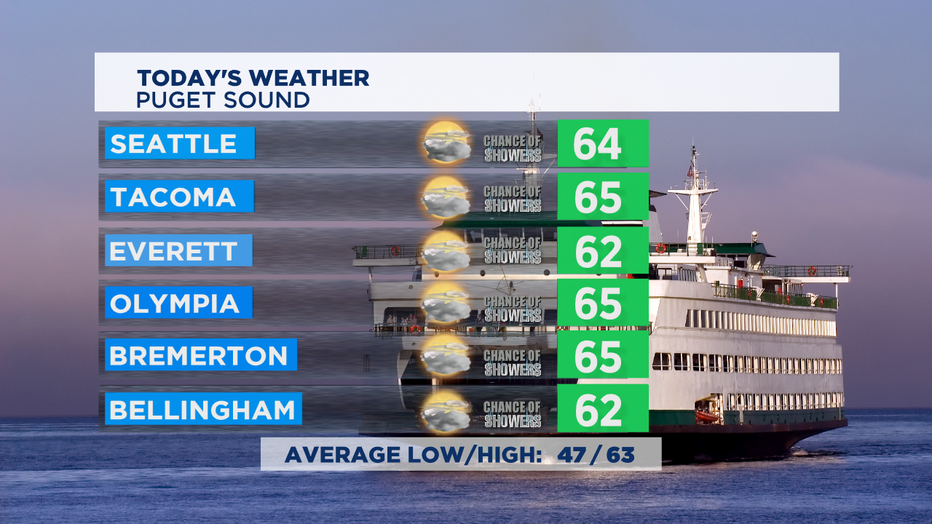 Today we'll have a weak front try to move through, with most of the passing showers staying north of Seattle. Friday starts out cloudy, but the jet stream will carry in a plume of heavy rain at times getting into Friday evening and the first part of Saturday. Early fall storms cause leaves to fall and clog storm drains, bring some urban flooding, and the leaves themselves can make for some slick road conditions so be careful out there! 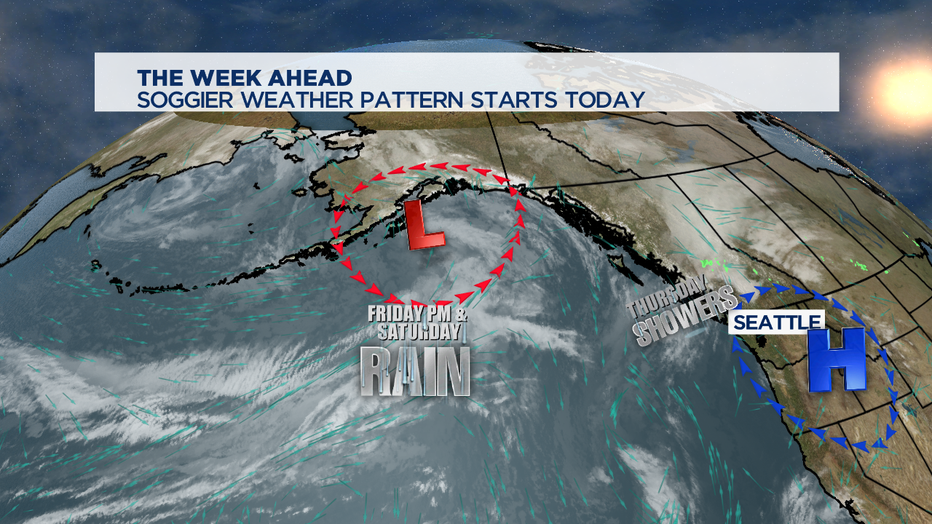 The soggiest period looks like Friday evening into the overnight hours of Saturday. Saturday afternoon looks like more on/off passing showers and I can't rule out seeing an isolated t-storm around the region as well. We'll see the active weather pattern with the rain at times all the way through the weekend and into the beginning of next week. 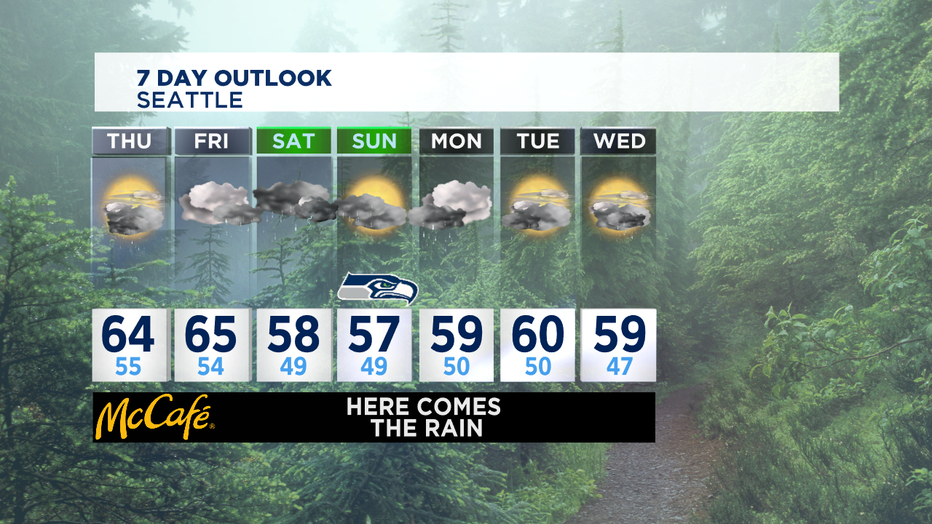 Tracking Hurricane Delta in the Gulf of Mexico, named for the fourth letter in the Greek alphabet. The storm likely will ramp up to a Category Three storm before the day is over. Delta still looks on track for a Friday afternoon arrival on the Louisiana coastline. 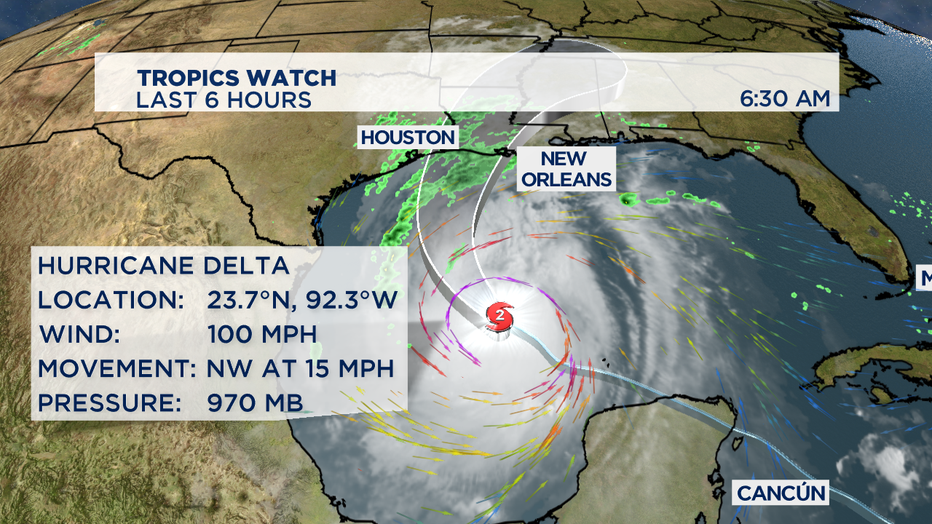 The likely landfall location looks to be the nearly same spot where Hurricane Laura hit earlier this year around Lake Charles, Louisiana. But the effects of Hurricane Delta will be felt from Houston to coastal Mississippi and Alabama. Delta will the 10th tropical storm or hurricane to hit the United States this year. -Tim Joyce