SEATTLE - Two common features to a fall NW forecast are showing themselves off today: wildfire smoke and dense pockets of fog. The good news is the California wildfire smoke is in the higher part of the atmosphere and the fog is a at the bottom part of the atmosphere since it's just a cloud that sits on the ground. As a result, the air quality remains moderate to good for us-- but the hazy skies above the fog as you can see from our Capitol Hill camera this morning turn the setting Full Harvest Moon to an errie October orange. 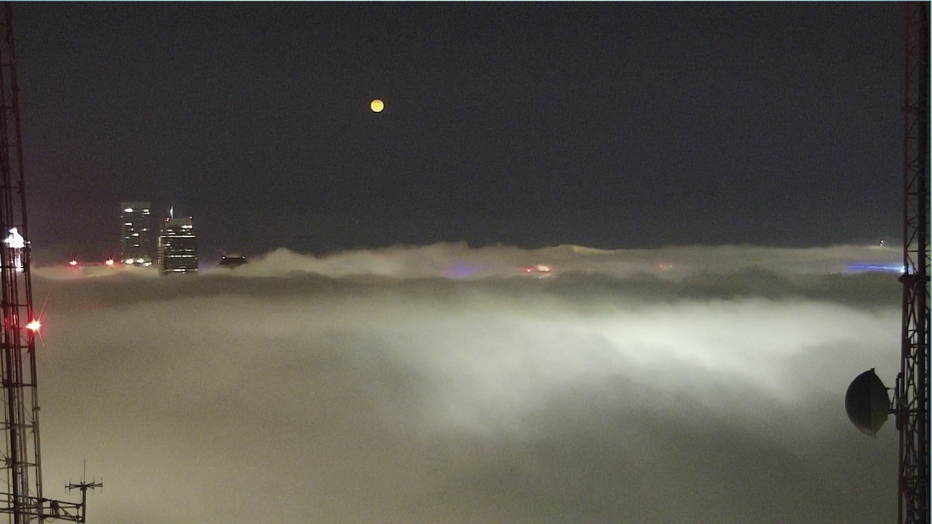 While the fog will lift later today, the haze will be with us for the next few days. Today a warm day with hazy sunshine and temperatures a lot like yesterday-- about 10 degrees above normal for this time of the year. If we didn't have the layer of smoke high over the region-- we would likely be seeing afternoon temperatures near 80. Normal high for this part of early October is 65 degrees. Tonight hazy skies continue and you'll want to keep your eyes on the eastern horizon just after sunset. The Full Harvest Moon will be a beautiful reddish orange when it rises around 7:15 p. 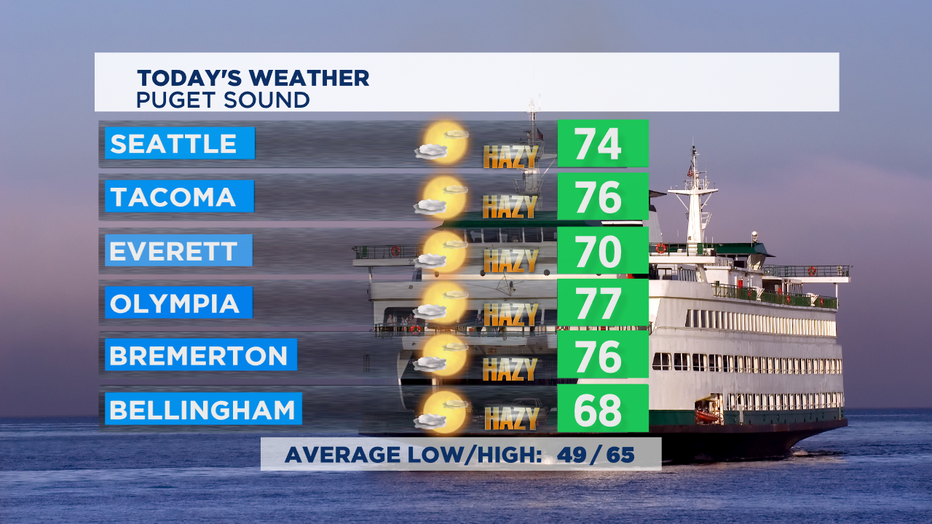 High pressure sitting over our region keeps the California wildfire smoke in place high overhead the next few days-- but a change in the winds could help thin the haze and push some back out to sea. Weak fronts to our north and out in the Pacific do not have much moisture and won't be of too help in cleansing the air. The good news is this round of wildfire smoke isn't as thick nor expected to be as long lasting. 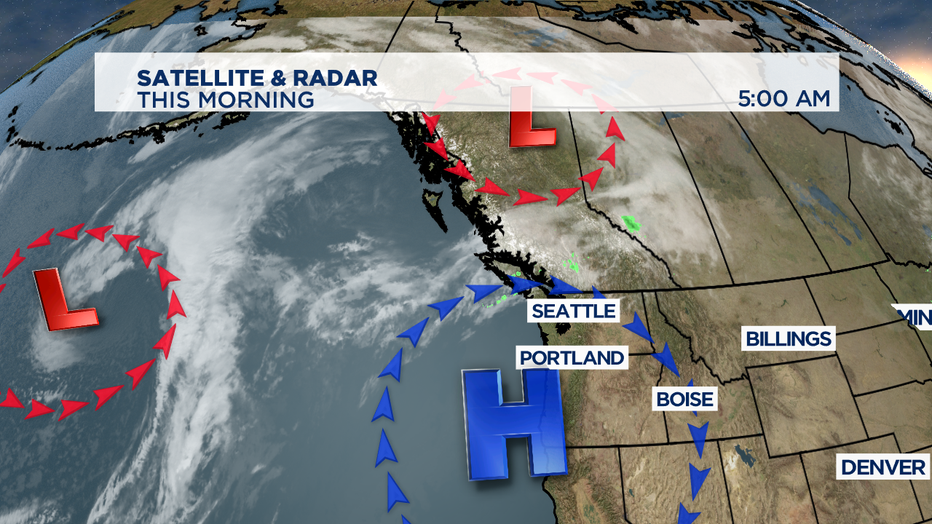 By Saturday afternoon, some smoke model forecasts call for much more blue skies around the region--but wildfire smoke looks problematic in southeastern Washington State and all but the far NW corner of Oregon. So some places could see a Sunday surge of wildfire smoke/haze, especially the southern tier of counties in the Western WA. 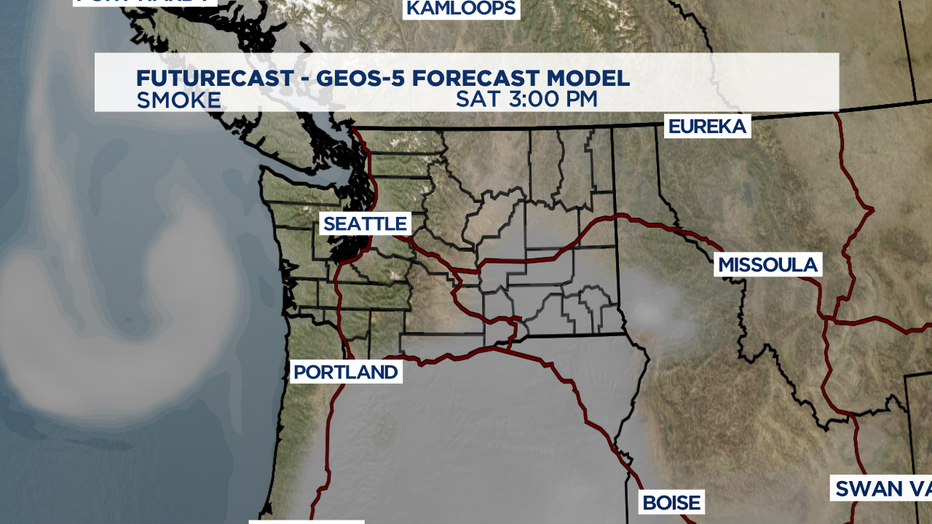 A strong marine push should help us clear the smoke out completely next week. Next week an onshore flow should help bring a season pattern of morning clouds/fog and some nice afternoon sunshine. The temperature regimen will feel very much like October with highs in the comfortable upper 60s and overnight lows a bit above normal if the mid to low 50s. The forecast for October is to be cooler than normal and a bit wetter than normal since signs point that we're going into a LaNina fall/winter. But there's no rain at all expected for Seattle or Puget Sound for the next 7 days. 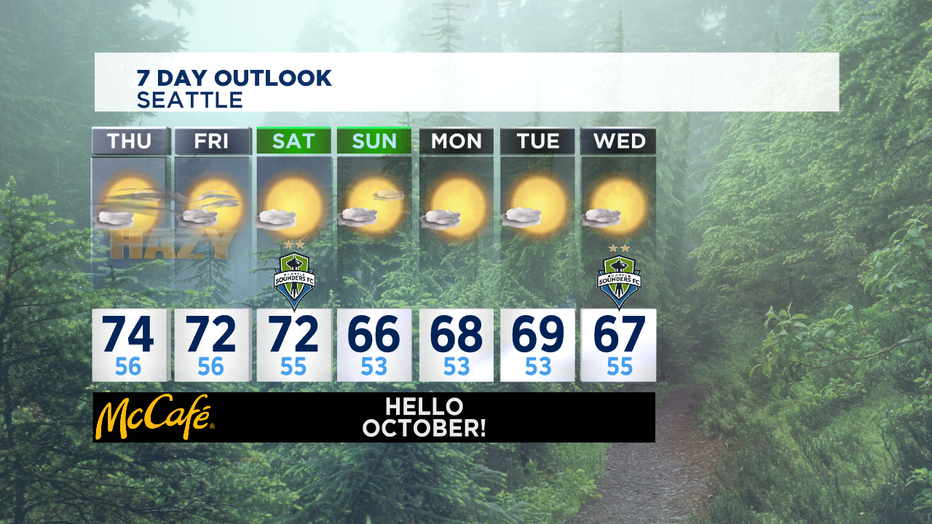 If you miss the full moon tonight, don't worry. This month has a second full moon at the end of the month. The Full Blue Hunter's Moon will rise in our skies on Halloween night. October is a month of a lot of changes to our environment. At the start of the month the average high is 65, by the end it's down to 55 degrees. The average low falls from 49 degrees on the first to 43 at the end of the month. A lot of that temperature change has to do with losing a lot of daylight in October. Today around Seattle we have 11 hours and 41 minutes of daylight, by the end of month we're down to 10 hours and 2 minutes. The latest on the calendar we've ever seen a high temp at SeaTac 80 or warmer was on the 14th of October, it happened back in 1961. -Tim Joyce