Flooding concerns this weekend with heavy rain ahead

Western Washington will get a break between systems Friday, as another atmospheric river takes aim at the region over the weekend.

SEATTLE - Western Washington will get a break between systems Friday, as another atmospheric river takes aim at the region over the weekend.

After a few lingering showers, the rest of Friday looks mainly dry. Snow levels will remain above pass levels in the Cascades today, so travel shouldn't be impacted by snow at the higher elevations. 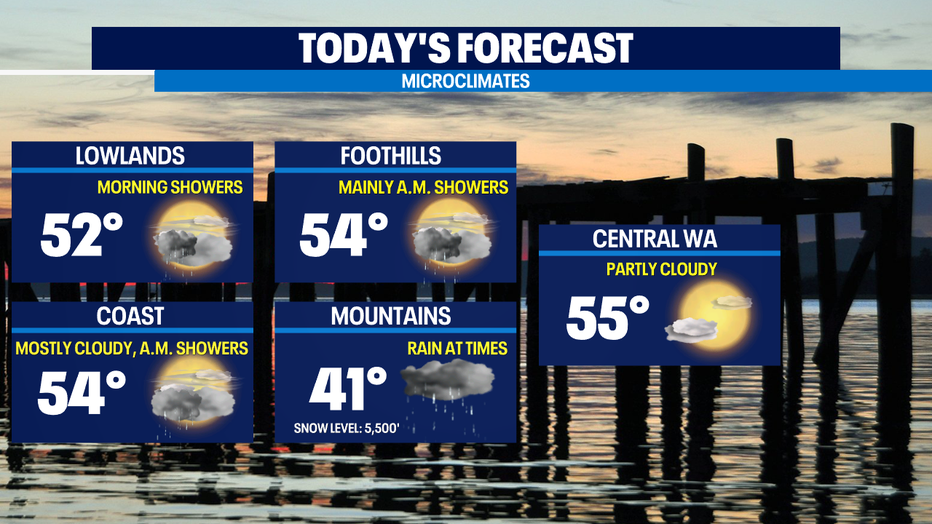 Tonight's big Apple Cup game between the Washington State Cougars and the Washington Huskies will be mainly dry, with a slight chance for a shower. Wind should be light at Husky Stadium at kickoff. 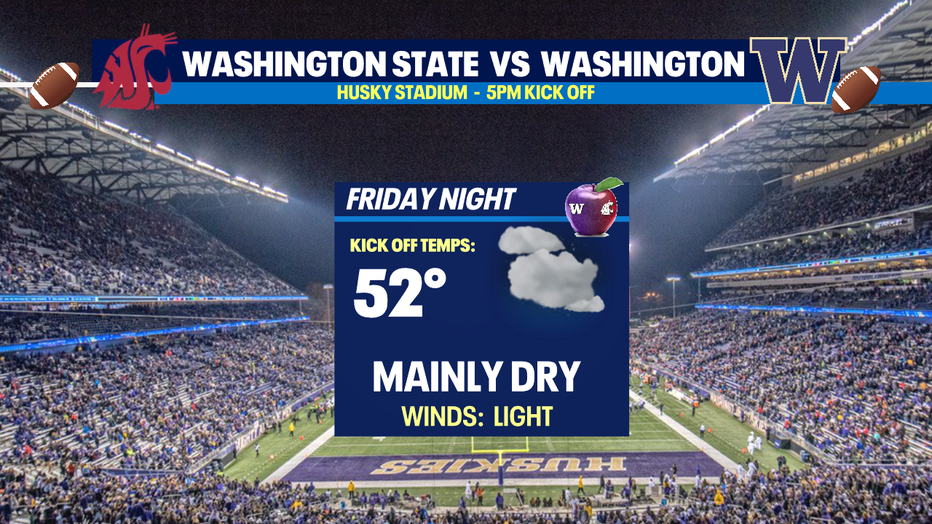 After this nice break from the rain, Western Washington will be smacked with another atmospheric river over the weekend. Heavy rain will pound the Washington Coast (2-4") and the north Puget Sound area (1-2") Saturday afternoon. The south Puget Sound area will also see heavy accumulations between 1-2". Snohomish and King counties will benefit from the rain shadow of the Olympics, so totals won't be as bad there (0.50-1"). With more snow runoff and heavy rain totals in the Cascades, there is a risk of flooding on some area rivers. For instance, the Nooksack River near Ferndale and the Skagit River near Mt. Vernon are both expected to jump back into flood stage Monday morning. This model may be overdoing the Washington coast near Forks, but it gives you an idea of who will see the highest totals. 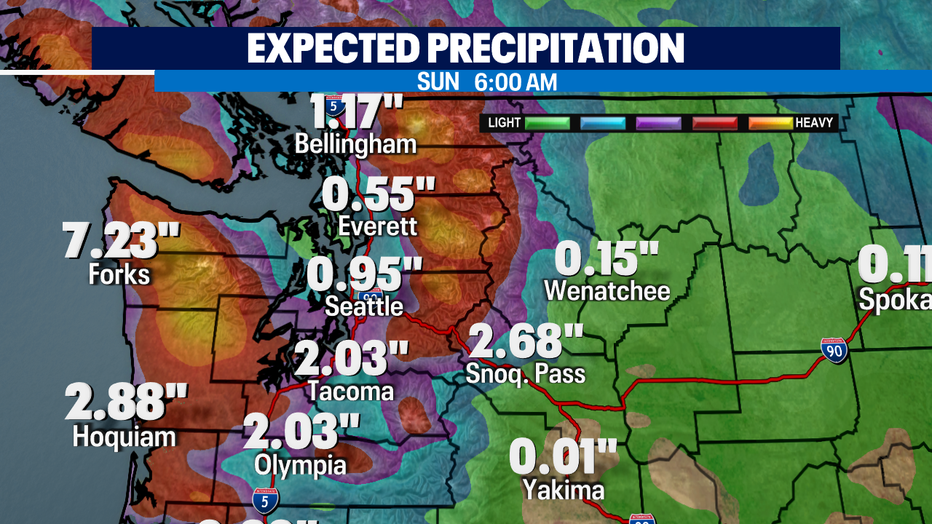 After some leftover showers on Monday, another atmospheric river (yes, another one) will set itself up just north of the state, into Canada. As this system dips south on Wednesday, it could bring another round of very heavy rain. We will be keeping an eye on that. 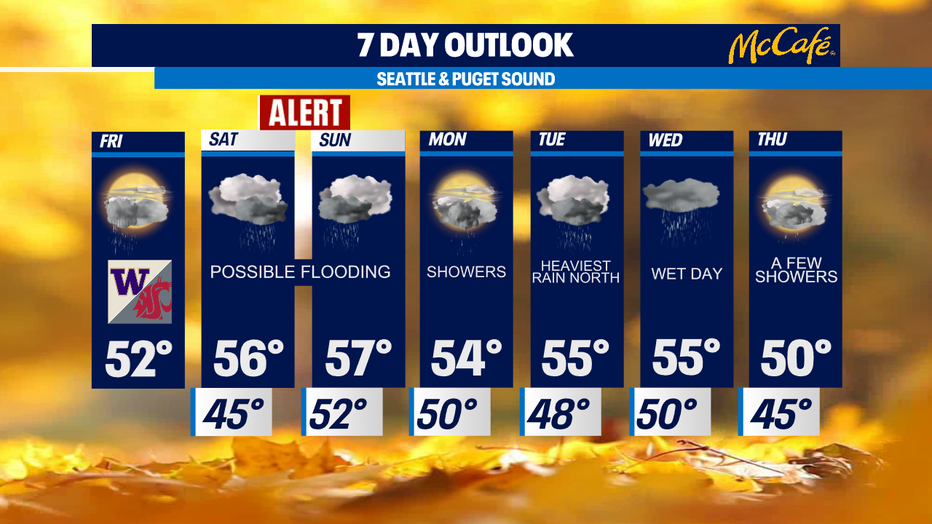