Stray showers on Thursday before a foggy weekend

Seattle - Wednesday actually turned out very pleasant by the end of the day.  Highs were cooler than yesterday, but most areas managing to land near our seasonal average of 52. 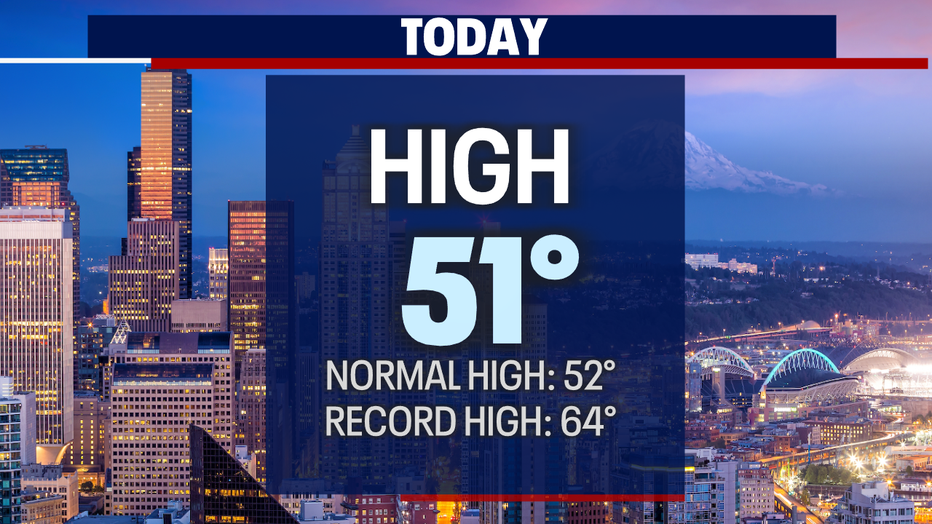 Showers will gradually decrease, and we'll finally dry out completely!  This forecast a welcome sight for so many, especially those suffering in flood areas around the region.  The good news…. Rivers will continue to recede as we close out the week.

Many rivers have already fallen of the "Warning" list.  Here's a look at rivers still under flood alerts. 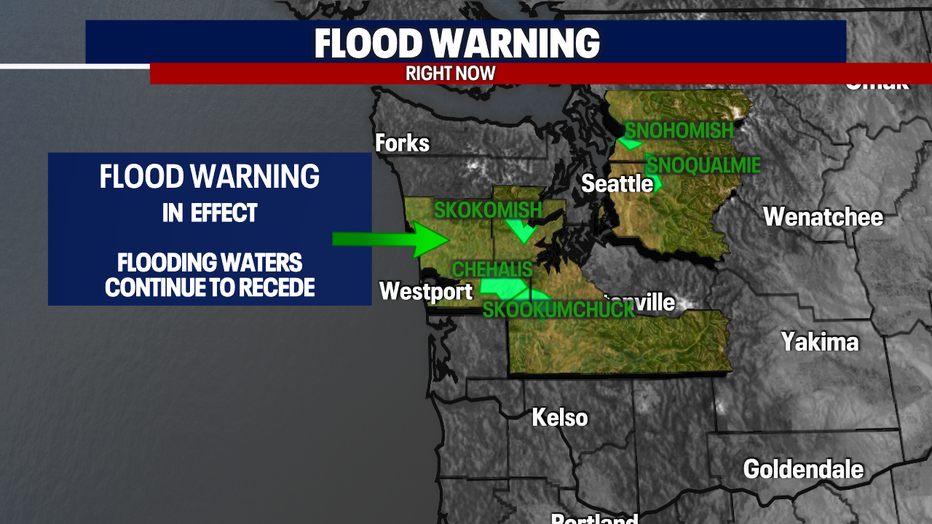 Not only will we have to be patient as river levels subside we need to be aware that our grounds are heavily saturated from major rainfall this week.  This leaves soils very vulnerable and susceptible to movement. So, the threat of more landslides is very possible through the end of the week. 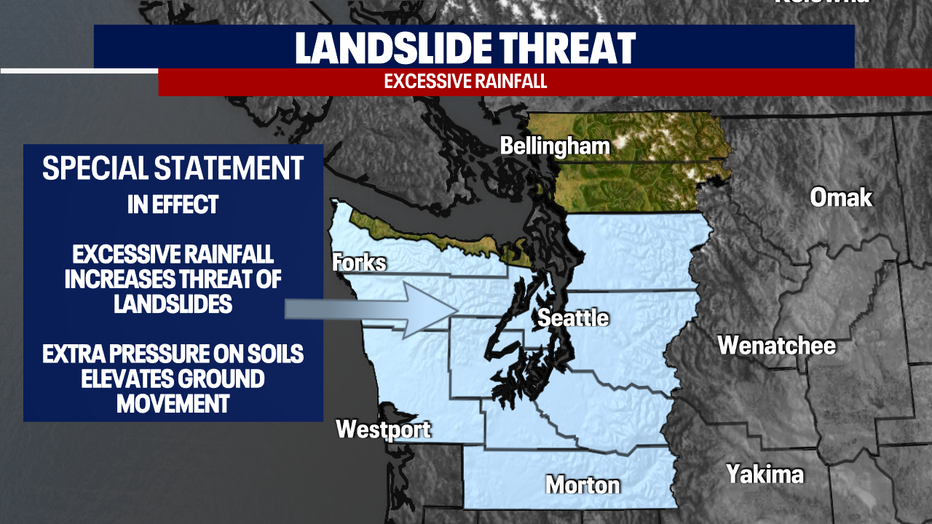 Our Satellite & Doppler Radar show us improving conditions as we can now see the tail end of the AR that sent that plume of moisture into the Northwest causing so many problems. As we put that wild weather behind us look for brighter days ahead. 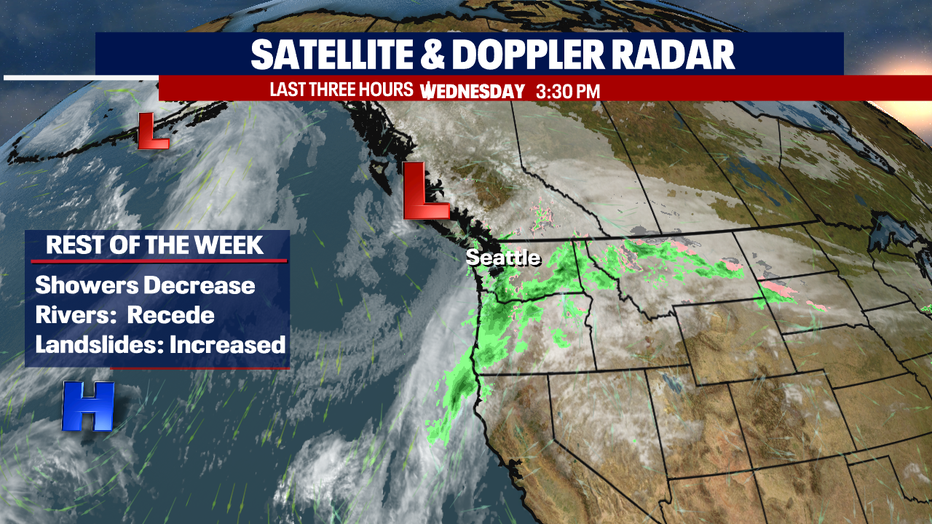 Look for a stray shower or two through midday Thursday before we dry out.  Highs cool some into the upper 40s. (normal is 52)

Now to the weekend!  Friday starts out cloudy, but by the afternoon we should see plenty of sunshine with a gorgeous sunset on tap.  Highs hang in the mid 40s.

Saturday and Sunday feature areas of patchy fog and chilly temps out of the gate with plenty of blues skies for our afternoons.  Highs warm into the low to mid 50s.

The sunshine continues into the first part of next week before showers return late Wednesday!

Have a great rest of the week all! ~Erin Mayovsky, FOX 13 Forecaster 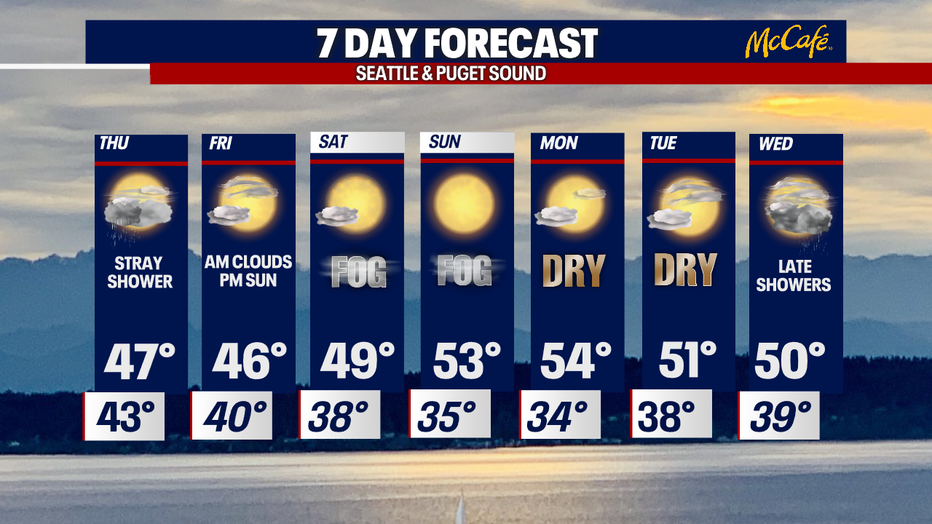 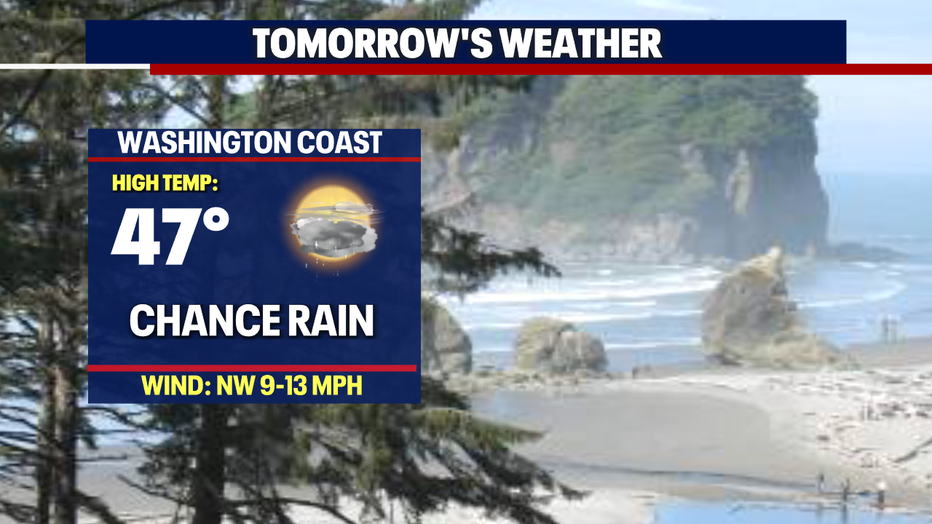 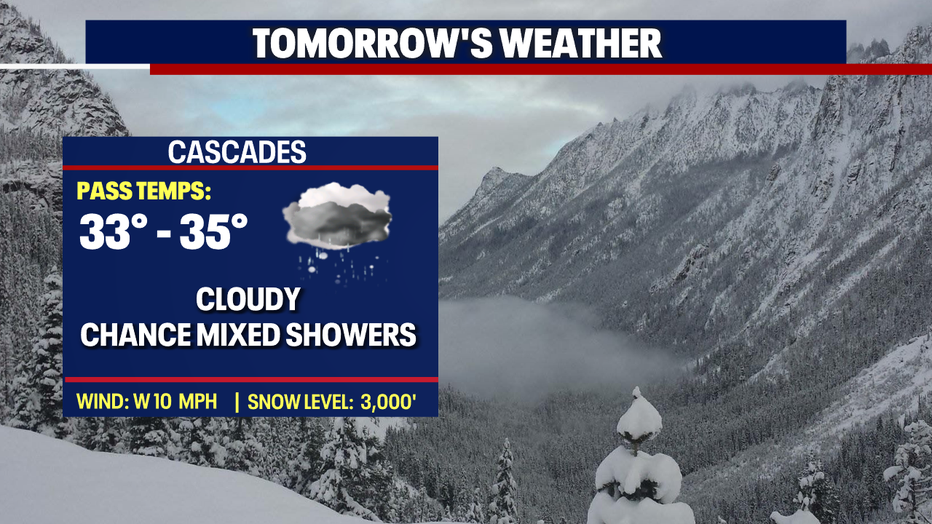 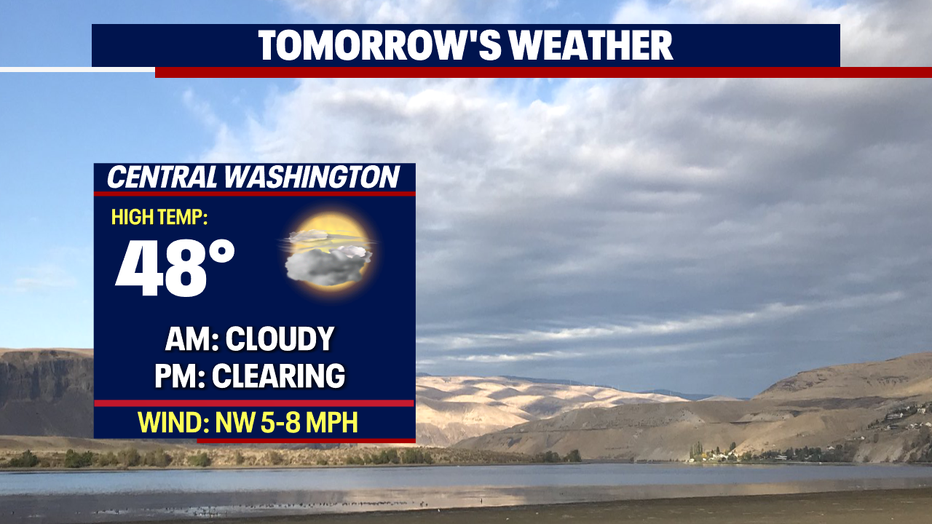