The rain is here

The first of three weather systems pushes its way through the Puget Sound region on Tuesday.

SEATTLE - The first rains of November are here! It's our wettest month of the year on average, and this week will certainly feel like it. The first of three weather systems will move in on a "rain train" extending well out into the Pacific Ocean. We'll see brief breaks in between but it looks pretty soggy from now through Friday morning. 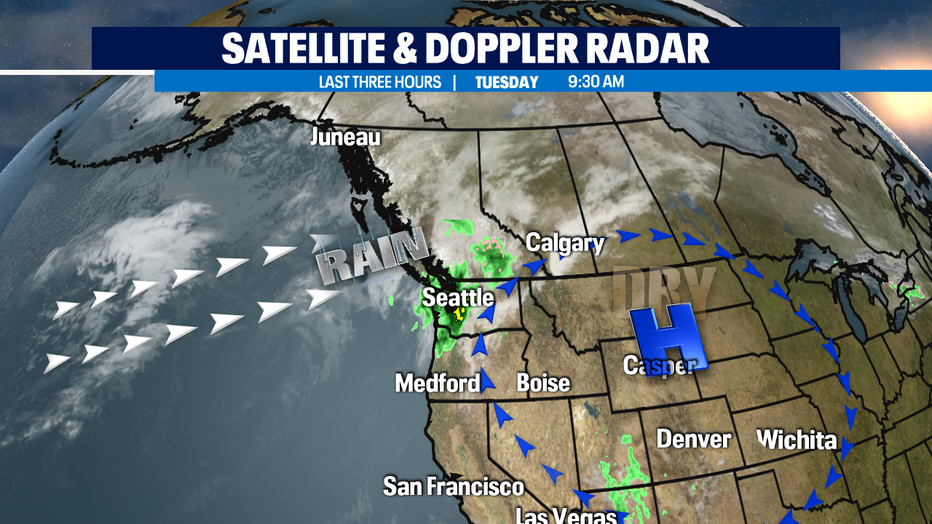 Today looks wet with the heaviest bands of rain moving through this morning. High temps retreat from the mid 60s to upper 50s. Breezy to windy up north and along the coast. All the mountain passes see rain and not snow for the time being. 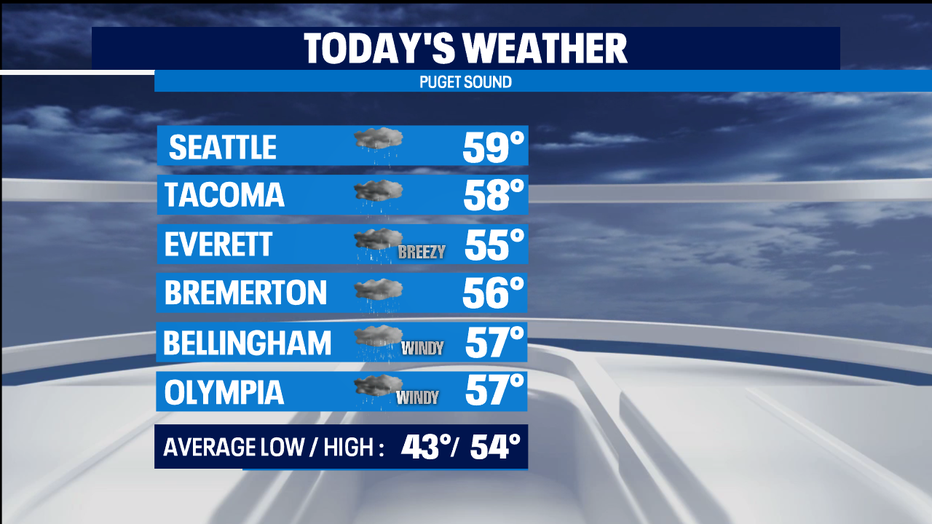 We'll dry out and cool down significantly by the weekend. Overnight lows will hover near freezing around the Seattle metro this weekend and in the first part of next week. 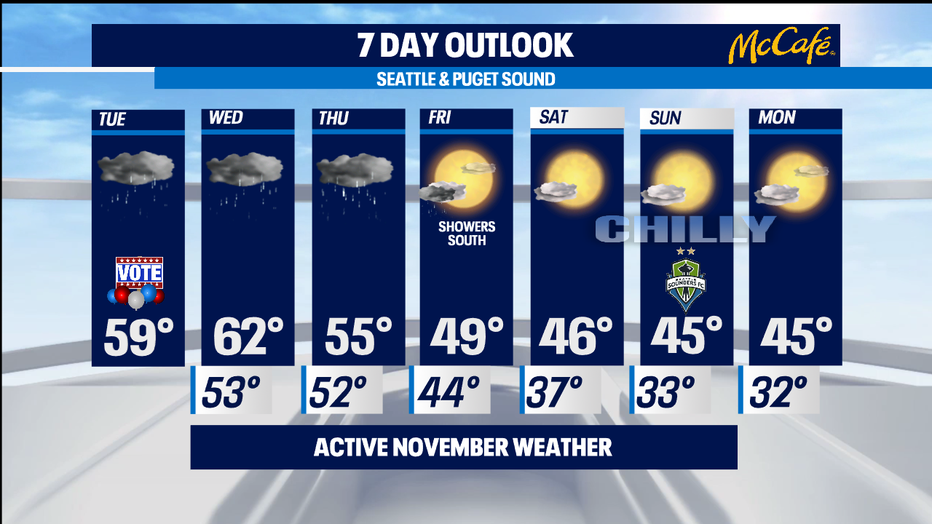 That could mean even frostier mornings in the foothills, near Hood Canal/Port Townsend, and South Sound. If we get fog, that could end up being some freezing fog / black ice on our roadways. Stay tuned. -Tim Joyce