We're in for a rainy and windy few days.

SEATTLE - Autumn didn't waste any time in getting some fall rains into Western Washington!

Within a day of the start of the new season we're seeing an active weather pattern setting up for our region. Today we'll have the first of several vigorous fronts move across the Pacific NW with cooler than normal temperatures. We've seen about a half inch of rain so far this month -- we'll probably get an inch of rain just today alone in many places around Western Washington. 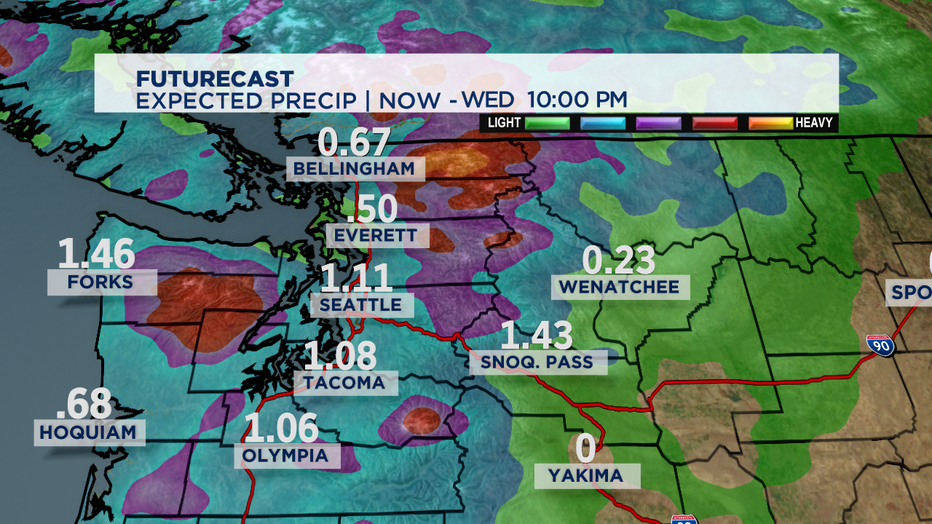 There will be rain at times and some windy conditions too. The windiest spots will be along the coast, where there's a Wind Advisory until 5 p.m. with wind gusts that will peak between 40-50 mph.

With most of our trees still with full leaf coverage, it increases the likelihood that those branches will act like wind sails-- which could could snap them or blow them into power lines and cause spotty outages. It's a good idea to keep your phone charged and make sure sensitive electronics are on surge protectors / power strips with this first fall storm. 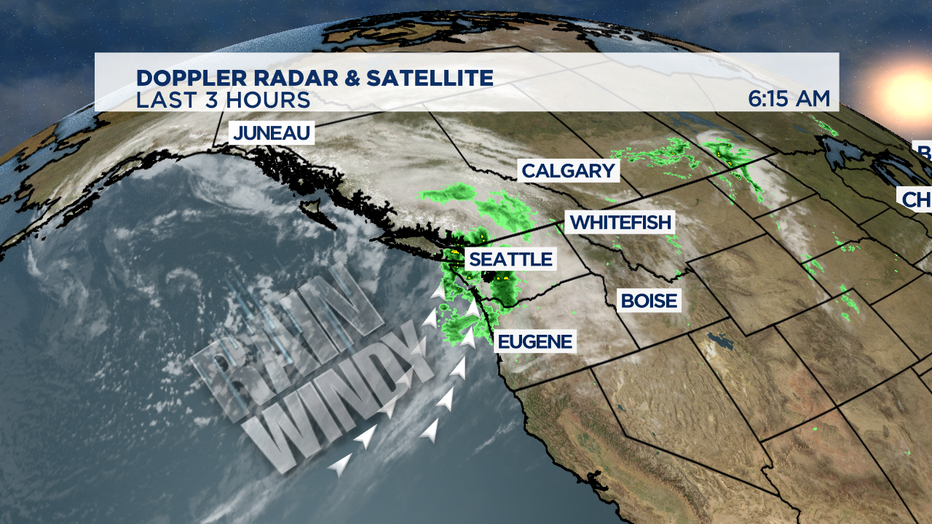 The rain will be heavy at times, with the wettest period associated with the front passage as it crosses Puget Sound this afternoon. While the morning commute has been soggy, the evening drive time could be even wetter with standing water on many roadways. A fall reminder: if your windshield wipes are on-- turn on the headlights too, especially for dark colored cars and trucks. It will help improve visibility and safety for everyone on days like today. 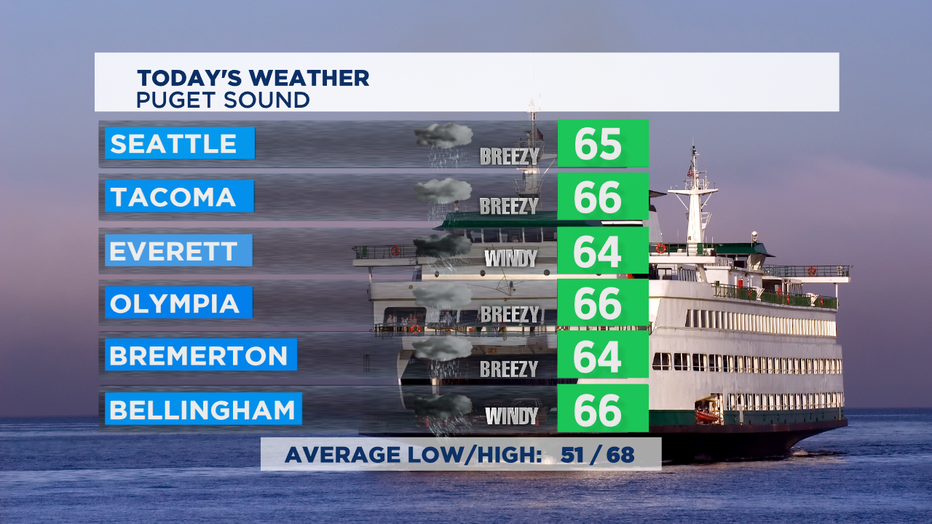 And we'll see several of these soggy days with temps in the mid to low 60s over the next several days. We'll have some on/off heavy showers move through Thursday with a chance of afternoon thunderstorms. Friday we'll see another front deliver another round of rain at times. This pattern looks to ease up as we get into the second half of the weekend. 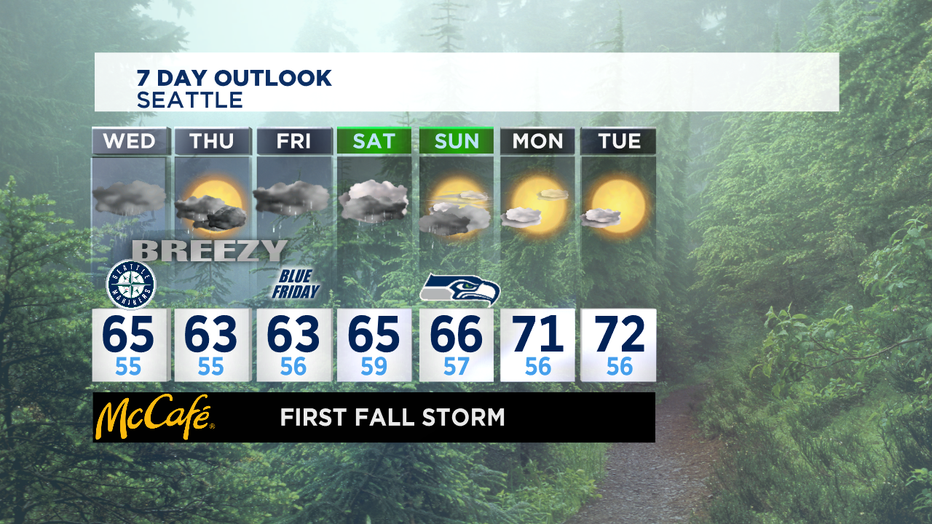 A few showers could linger into game day for the Seahawks on Sunday, but clearing skies by the afternoon looks possible in the extended outlook. We flip the script back to a drier, warmer, and sunnier forecast by the beginning of next week. -Tim Joyce