The one-hit wonder will bring lowland rain and mountain snow but the weekend will be beautiful and chilly.

SEATTLE - We've got our first fall storm with some cold temps that will make some big impacts getting into and over through the mountains.

Snow really gets underway this morning and will last through the day today. Western slopes of the Cascades are under a Winter Weather Advisory until early Saturday. A few inches of snow at Snoqualmie Pass, but more expected getting over Stevens Pass. Even more accumulating snow expected on the eastern slopes of the Cascades as well as in Central and Eastern Washington where there's a Winter Storm Warning for the same time period. 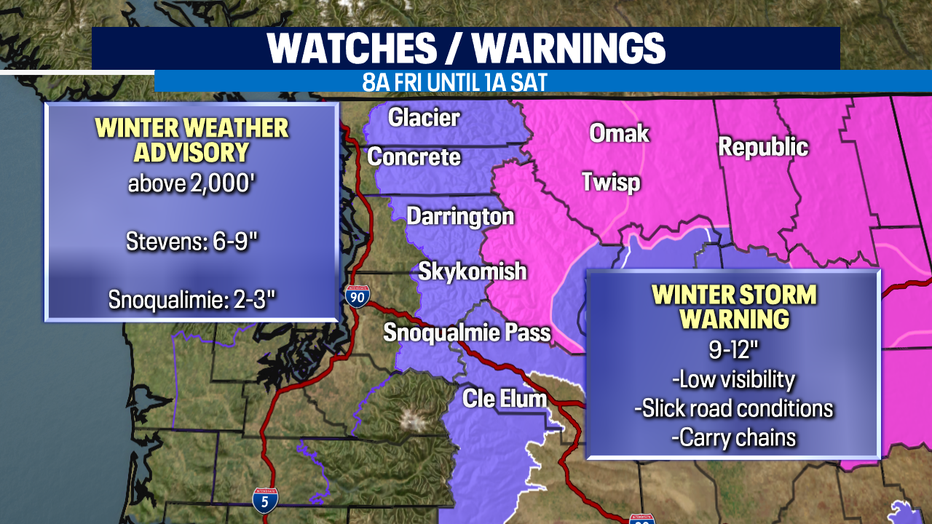 The lowlands of Western Washington just look soggy today. Rain at times and temps much cooler than the normal of 57 for this time of year. The steady rain tapers off significantly by the evening commute as cold winds start to increase out of the N/NE. 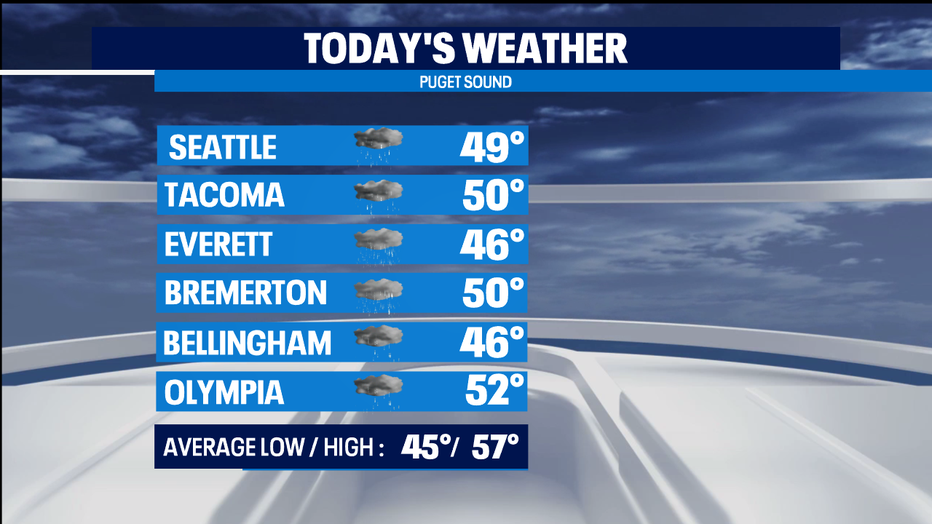 A blast of cold air moves across our region this weekend. Some of our coldest afternoons so far this season look likely for both Saturday and Sunday. Our coldest morning looks like Sunday where we could tie the October 25th record low for of 31 degrees set in 1968. 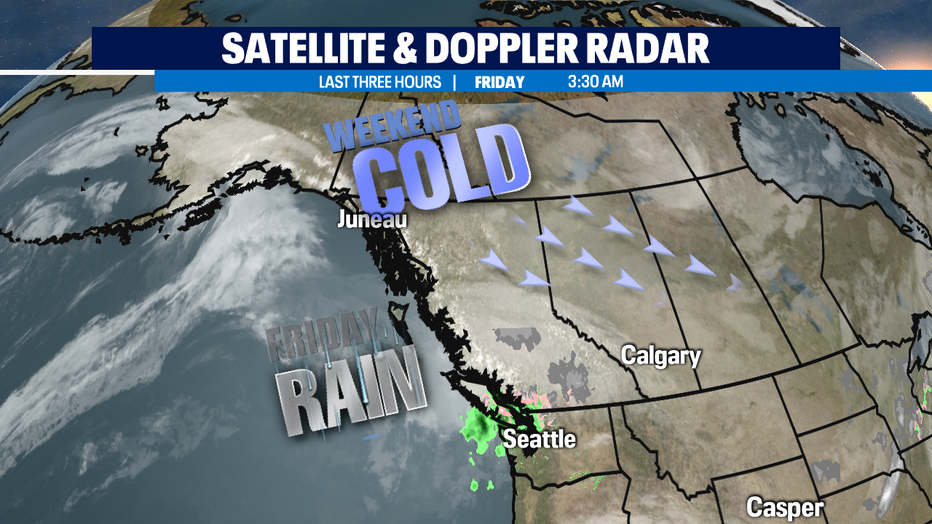 The coldest air is actually heading into the middle of the country, so our cold blast is pretty short lived. We call this kind of a front that mostly misses us heading into the Rockies / Great Plains a "back door cold front". Because it's an indirect hit of cold air-- it means more mild marine air will warm us up a little bit each day getting into next week. 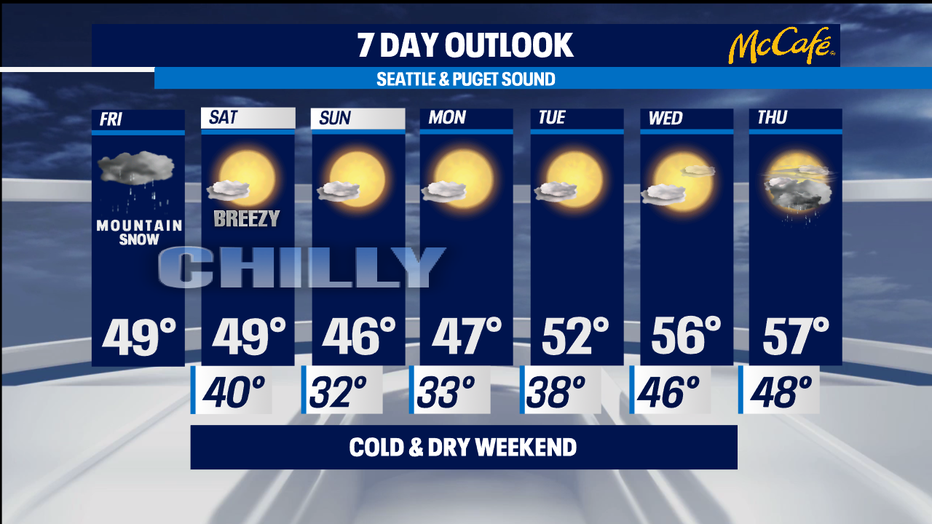 Next rain after today looks like late Wednesday into Thursday. -Tim Joyce