This weekend will feel cool and Fall like under cloudy skies and below average highs.  Today we hope to jump just above 70 by the end of the day! Perfect weather for football to kick off at Lumen Field this weekend as the Seahawks host the Broncos. Kick off set for 7pm.  Grab a sweatshirt as we'll cool off pretty quick after the game gets going. Sunset is 8:10pm. 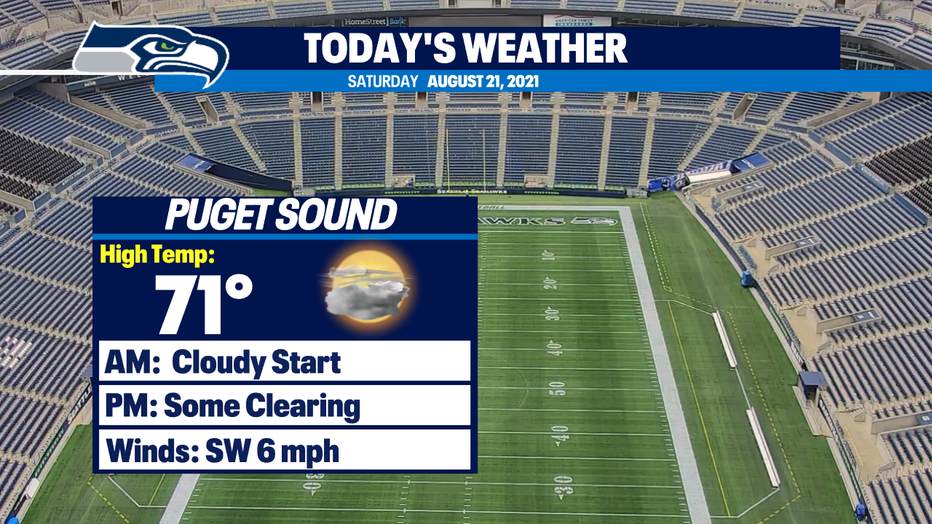 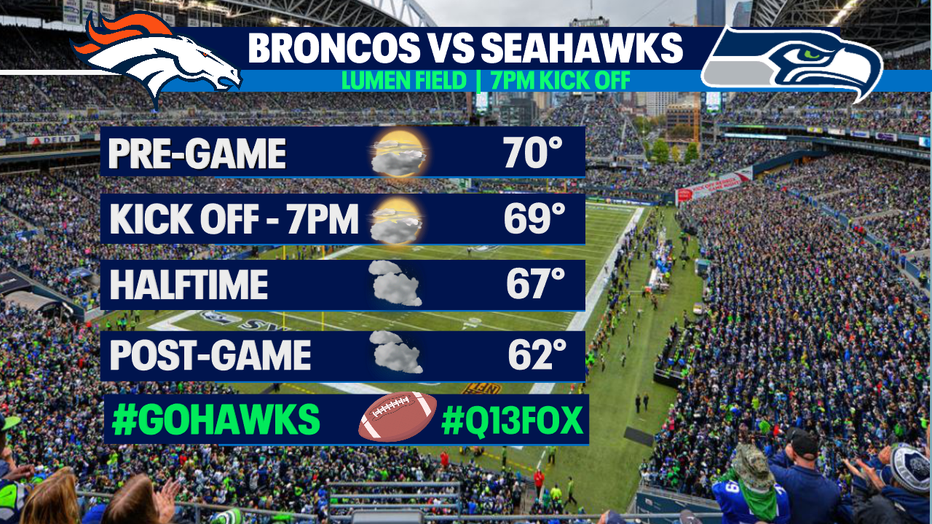 The ridge of high pressure that kept us warm and dry is shifting to the west in the Pacific and that's opening the door for weak weather systems to track through our area.  As once disturbance exits today we'll see some afternoon clearing, but later tonight into Sunday an upper level low will hang just north of us in British Columbia giving way to a chance at a few showers across the Northern Sound. 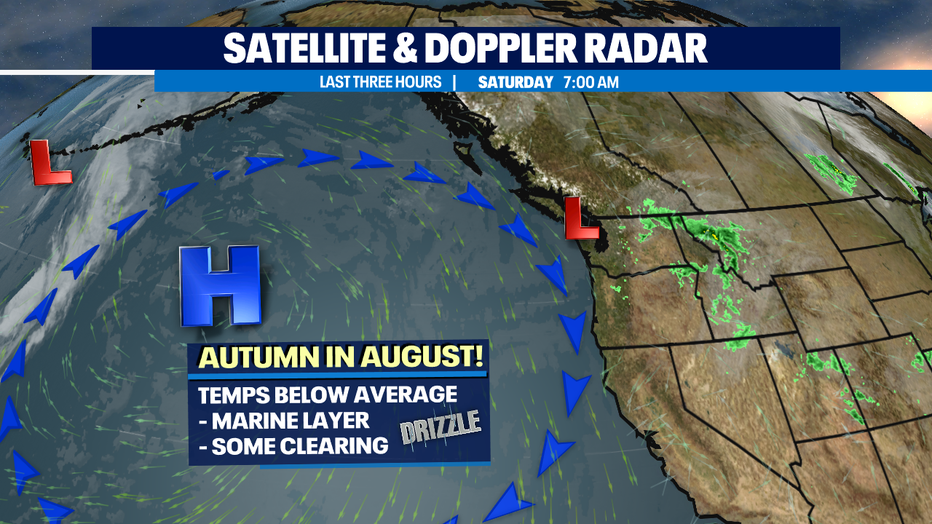 Most shower activity will happen north of Seattle over the Islands along with Snohomish, Skagit, and Whatcom Counties.  The light rain won't last long as skies will start to clear by mid-afternoon.  Highs will remain cool, only topping out in the upper 60s.

We are also keeping a close eye on a chance for a few thunderstorms rolling through Eastern WA this afternoon.  With the chance of heavy downpours at times the National Weather Service is issuing a "Flash Flood Watch" in effect through later this afternoon for Chelan, Okanogan, Ferry, Stevens, Pend Oreille, Spokane, Garfield, and Asotin Counties along with portions of Idaho.  Locations with steep terrain and burned areas are more likely to see flash flooding and heavy rain and debris can move rapidly through that kind of landscape. 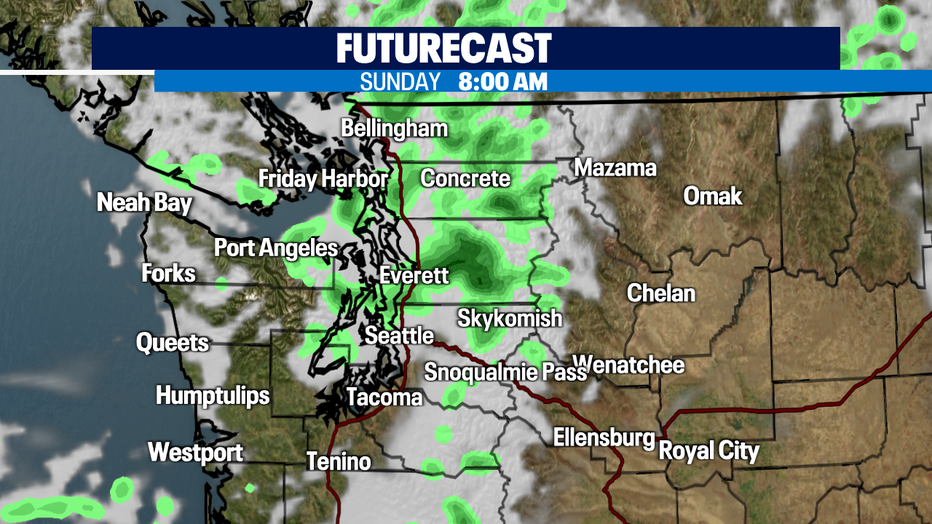 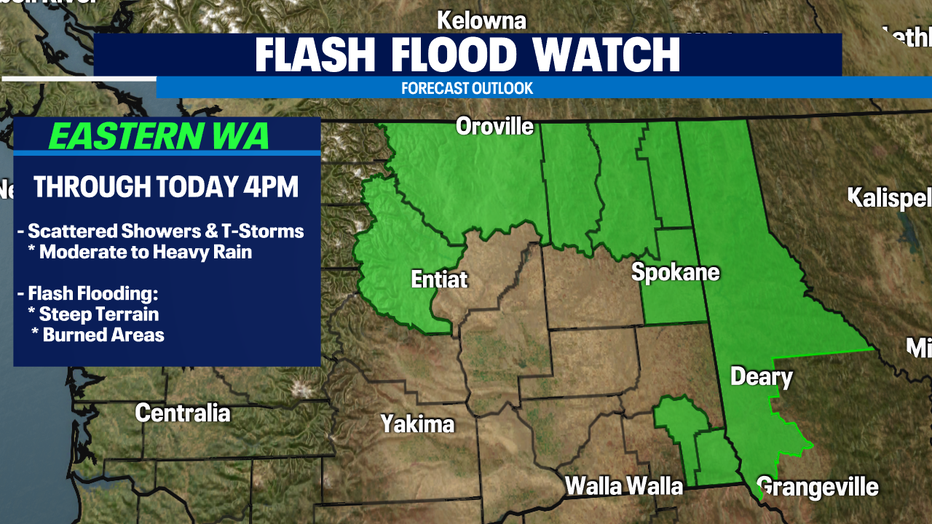 Air quality for Eastern WA is fluctuating between good to moderate levels to the north near Chelan and Omak with worsening levels for the Lower Columbia Basin. Yakima County will struggle with very unhealthy air quality through the weekend as the Schneider Springs Fire continues to burn.  Unfortunately, that blaze is no where near containment and fire officials don't expect to have the fire completely out until possibly October.  The Schneider Springs Fire sits 18 miles northwest of Naches and has been burning along the Bumping River corridor and toward the community of Nile.  The fire started on Aug. 3 by a lightning strike.  Schneider Springs has already burned 64,484 acres. 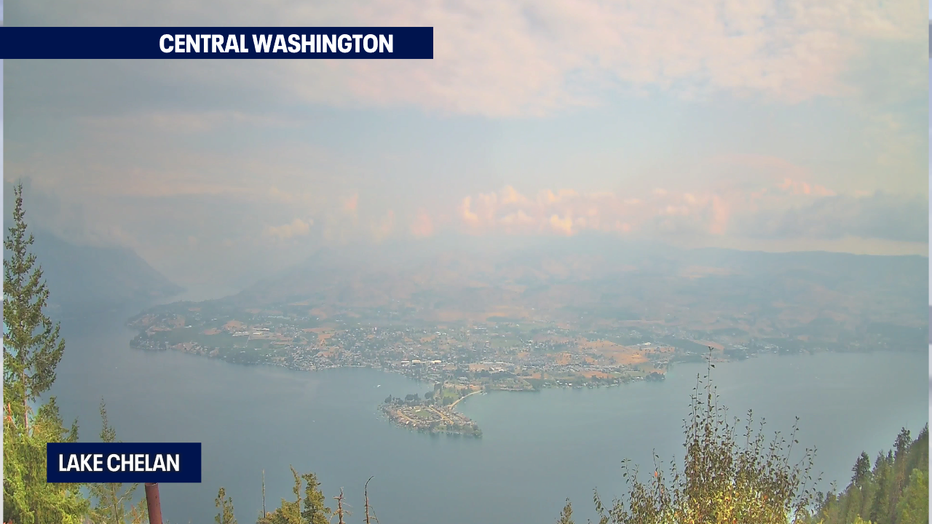 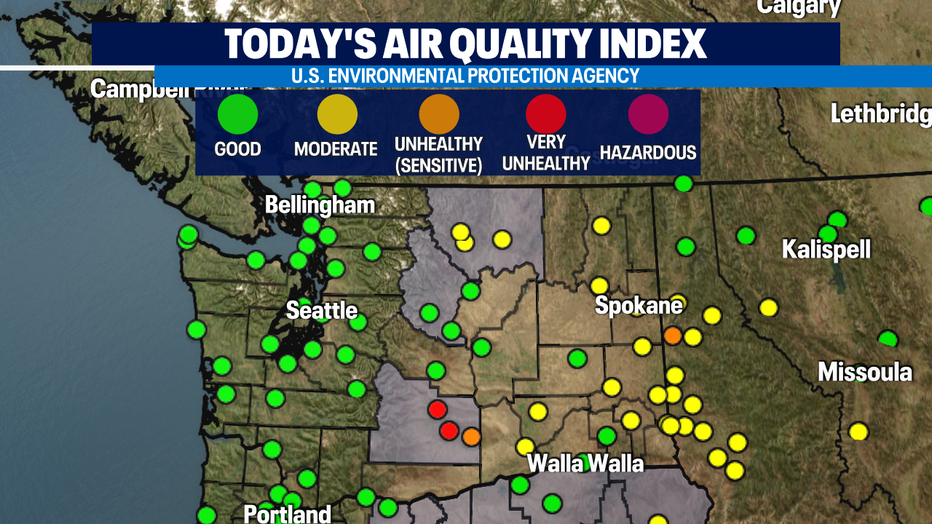 Once we push into the work-week ahead we'll start to feel more like summer again.  Our dry and warm theme will take over the area lending to highs back up into the normal zone, in the mid to upper 70s.

By the end of the week we may see a chance for a few showers moving back into Western WA, but right now models are not in complete agreeance… so stay tuned! 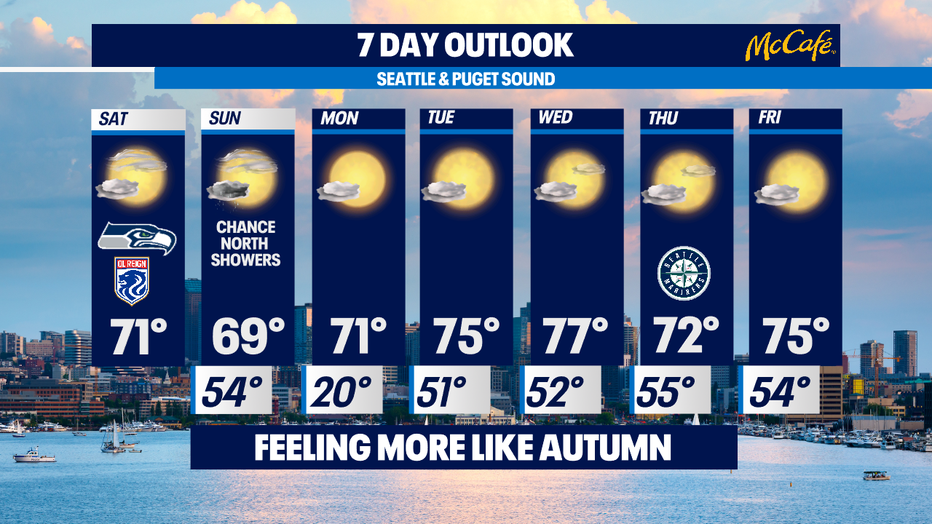 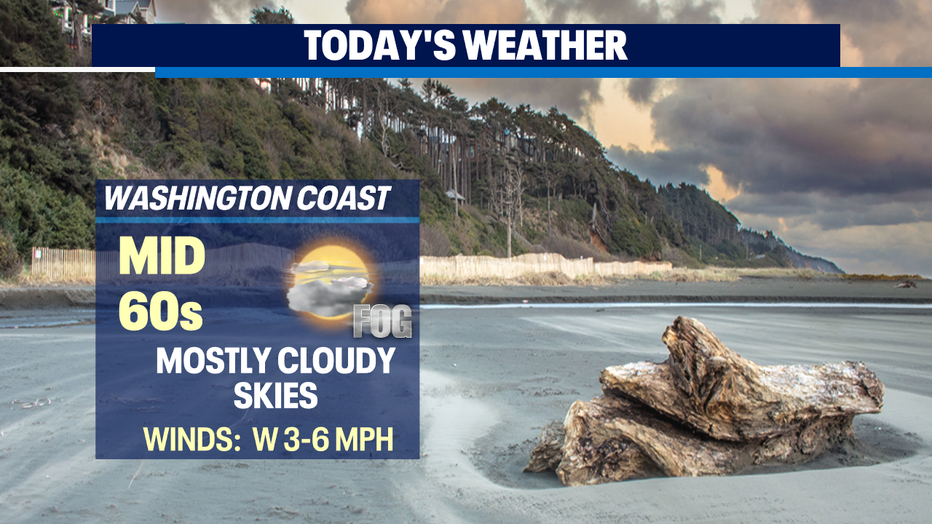 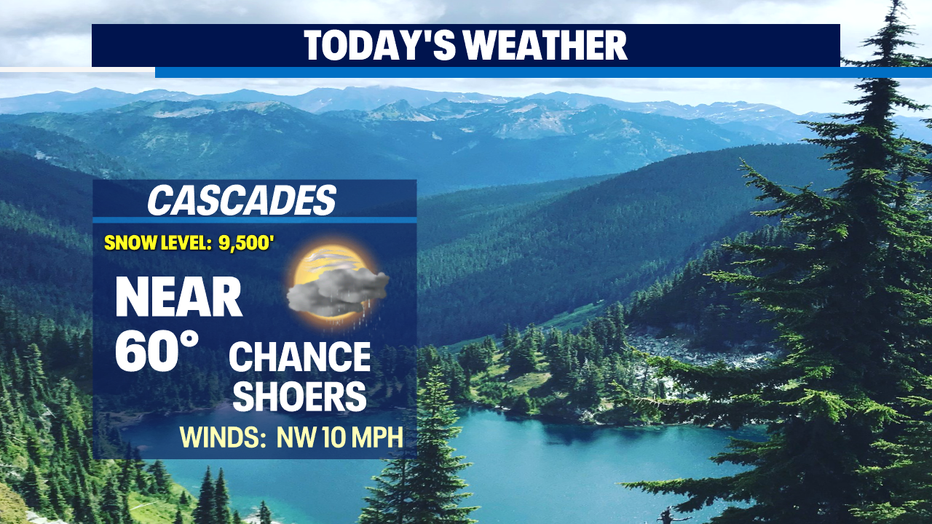 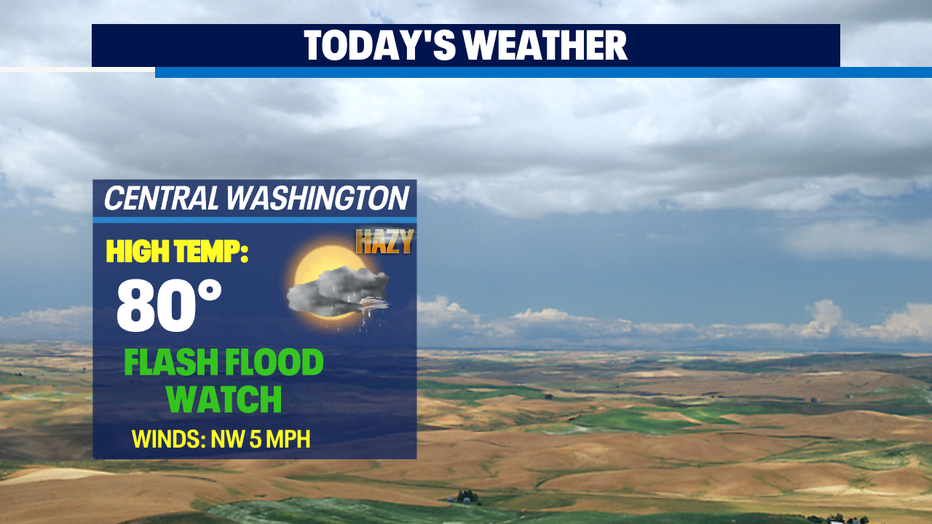