A cool start to the day with highs slowly warming into the upper 60s to near 70 for some areas. 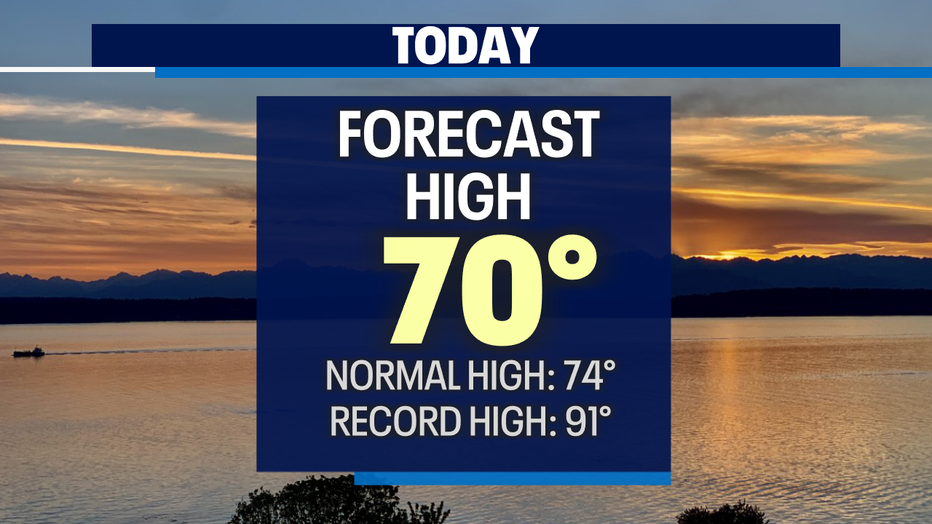 A series of disturbances will bring a mix of clouds and showers at times with cooler highs through the weekend with a wetter pattern setting up late next week. 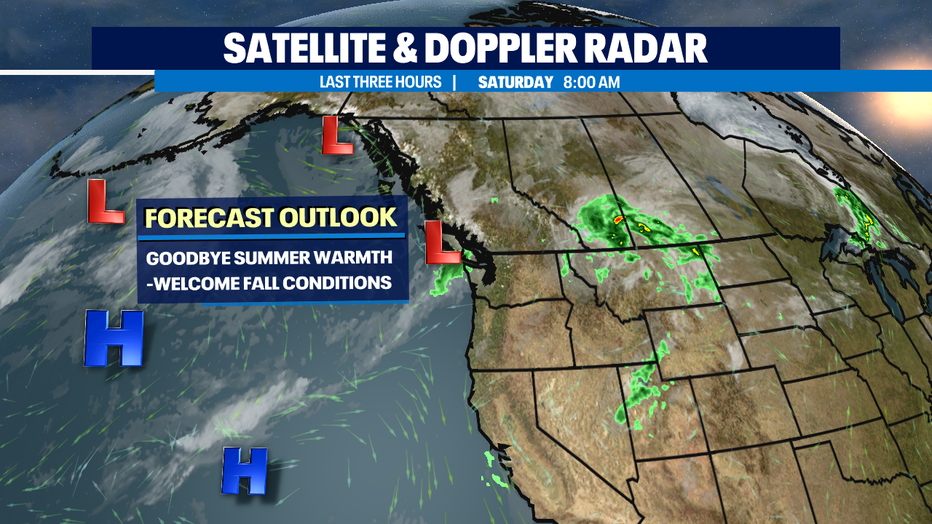 As a weak front pushes through the region later this afternoon/evening showers will pick up, especially for the North Sound and Island communities.  Most of the shower activity will not drop too far south.  The metro area may see just a few light showers pass through, otherwise Seattle will remain mostly dry. 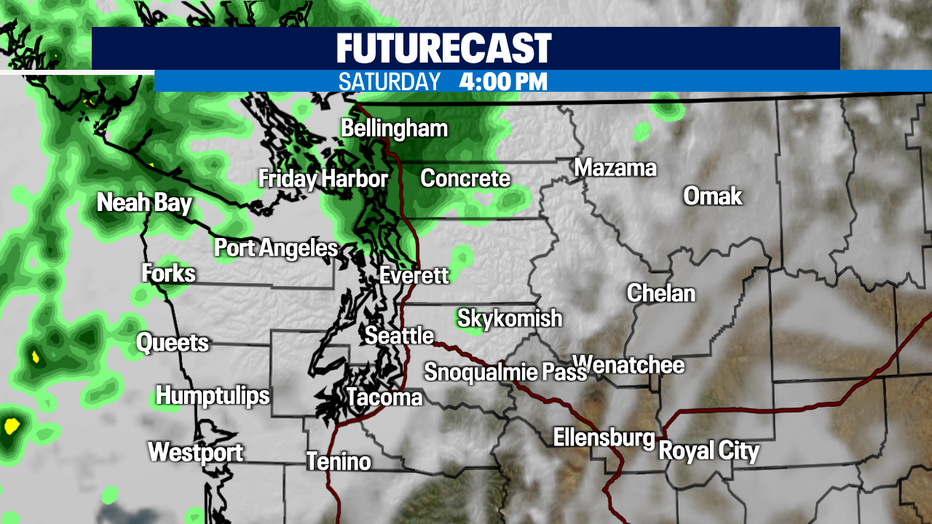 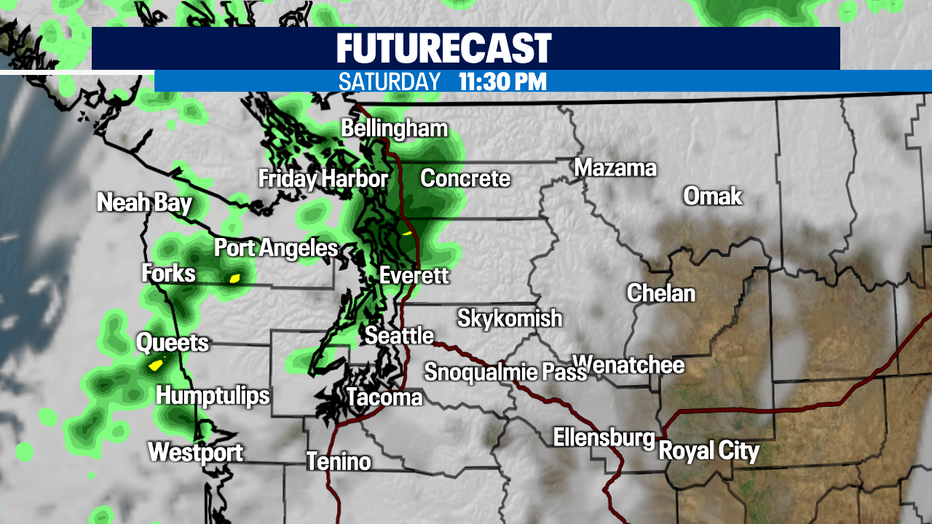 A few showers linger into Sunday morning, mainly around Snohomish County north.  Those light showers will wrap up pretty quickly and we will stay under mostly cloudy skies throughout the day.  Highs will only land in the mid 60s. 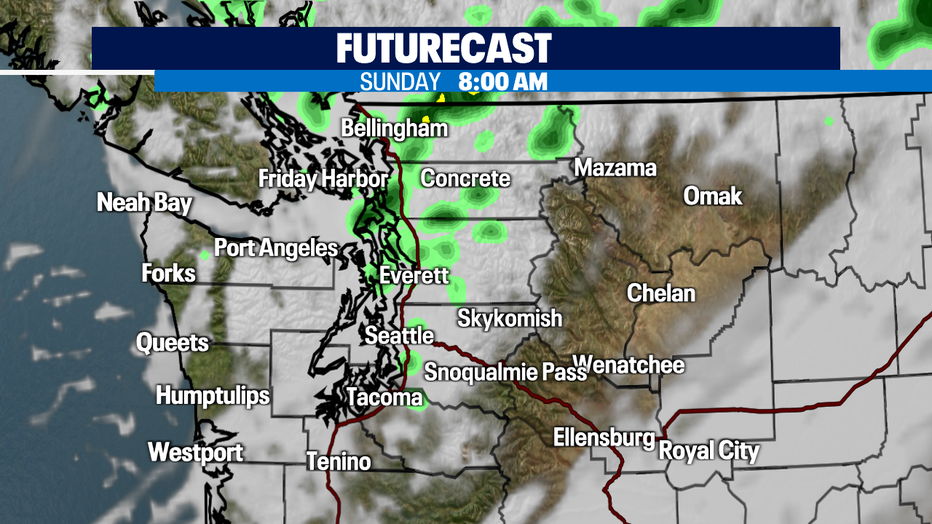 Lots of sports action today with the Sounders kicking things off at 2pm from Lumen Field.  The Rave Green hosting the Loons of Minnesota United FC.  Temperatures will be in the mid to upper 60s under mostly to partly cloudy skies.  #GoSounders 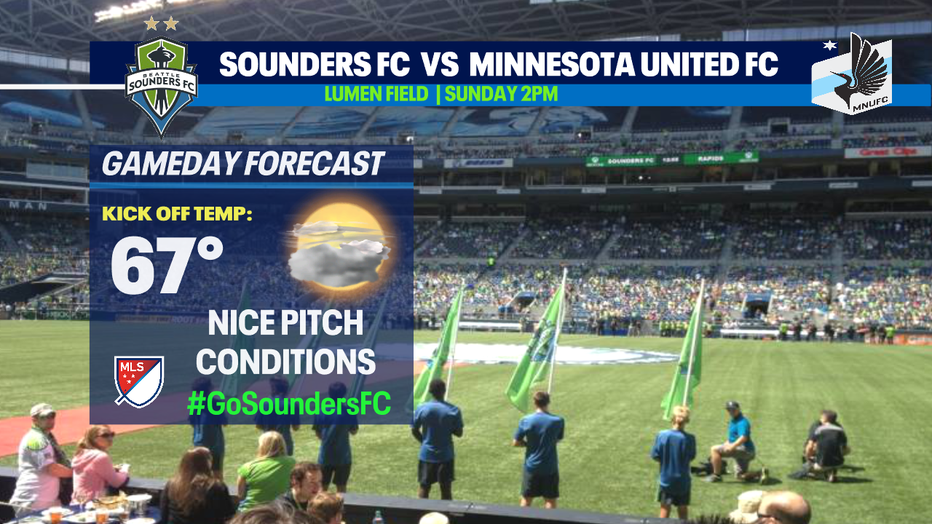 The Mariners looking for another win at home against the Diamondbacks of Arizona.  Tonight's first pitch from T-Mobile Park set for 6:10pm.  Roof should be open with temperatures in the mid 60s. #GoMariners 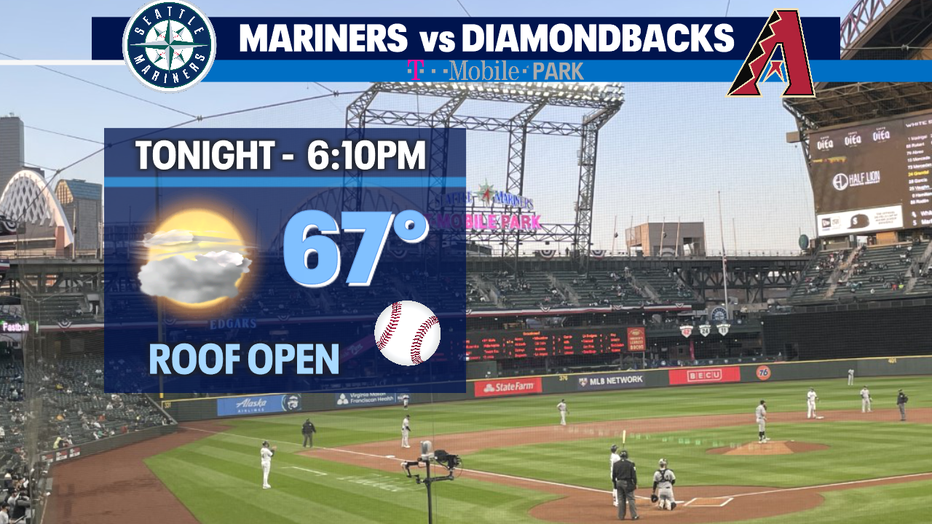 And if you're a football fan this weekend both the Huskies and Seahawks are on the road.  The University of Washington at Michigan with kick off set for 5pm from Ann Arbor.  Temperatures will hang in the upper 70s to start with some cooling into the low 70s by the end of the game.  #GoHuskies 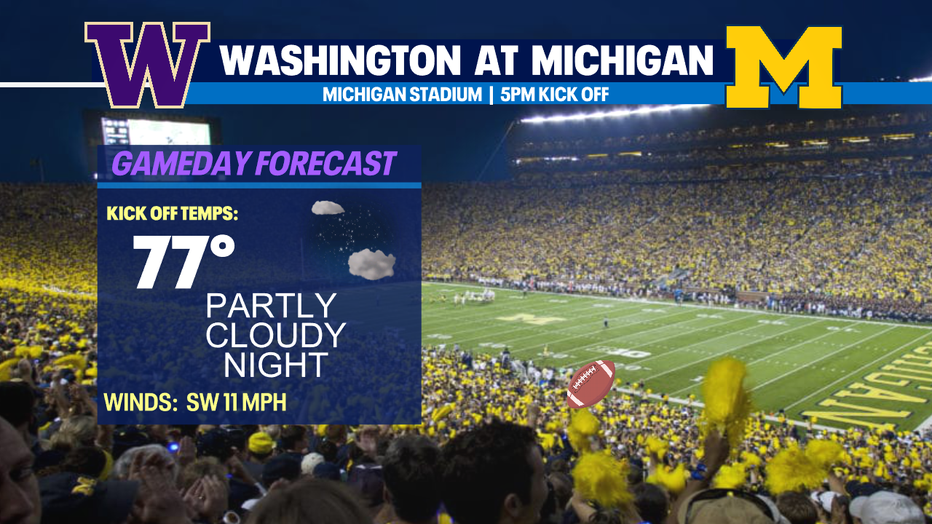 Sunday the Seahawks have the early start at 10am from Indianapolis.  Kick off temperatures against the Colts in the low 80s with some warming to near 90 during the game.  #GoHawks 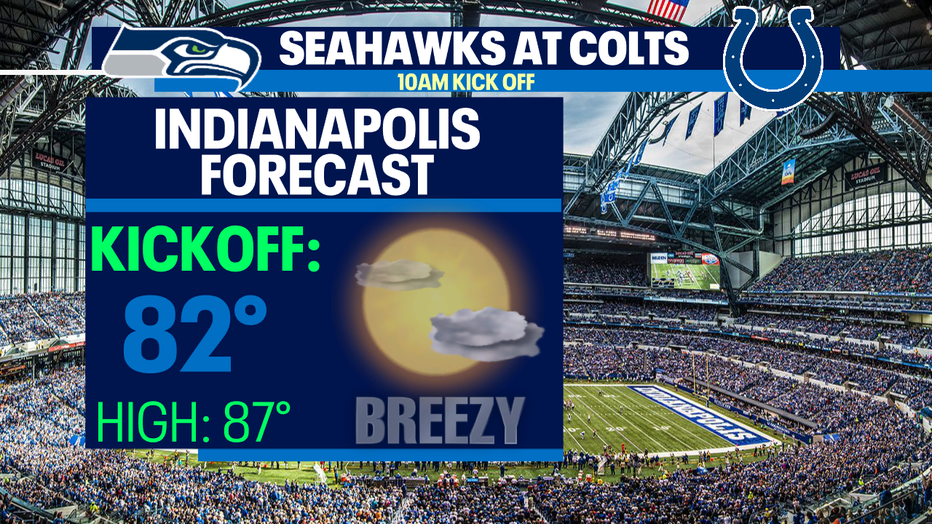 Monday and Tuesday feature partly to mostly sunny skies with highs in the mid 60s to 70.  Then, we'll cool off into the middle of the week as another weak front brushes the area.  Onshore flow will become stronger into the end of the week leaving us under a cloudier pattern.  A more traditional Fall front looks to arrive Friday by mid morning at the coast first then pushing inland from the SW to the NE.  Rain will hang around the region with chances for snow at the top peaks of the Cascades. Snow levels will drop to near 6,500 ft.

Have a great weekend all! ~Erin Mayovsky, Q13 Forecaster 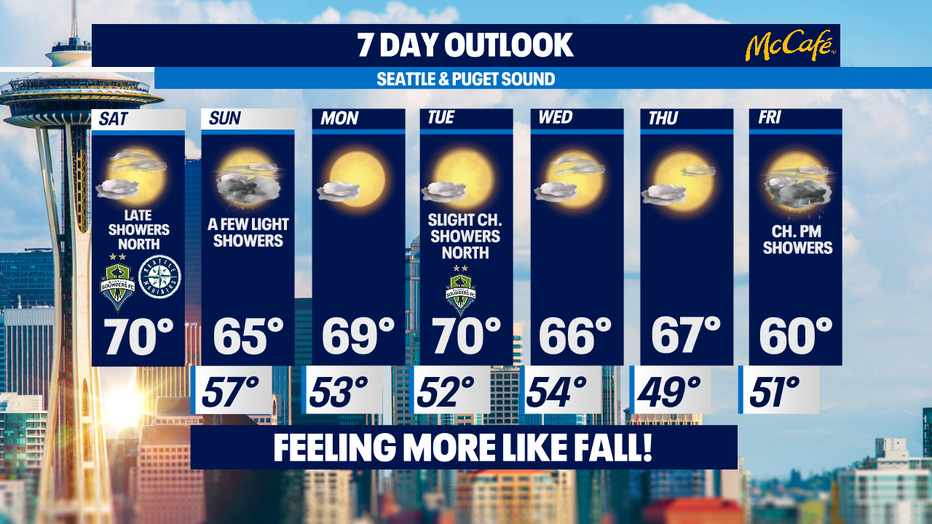 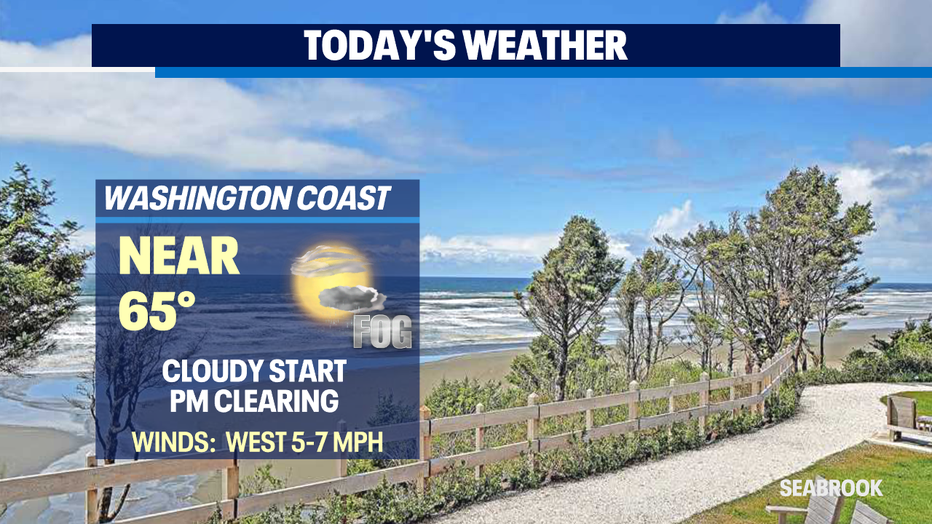 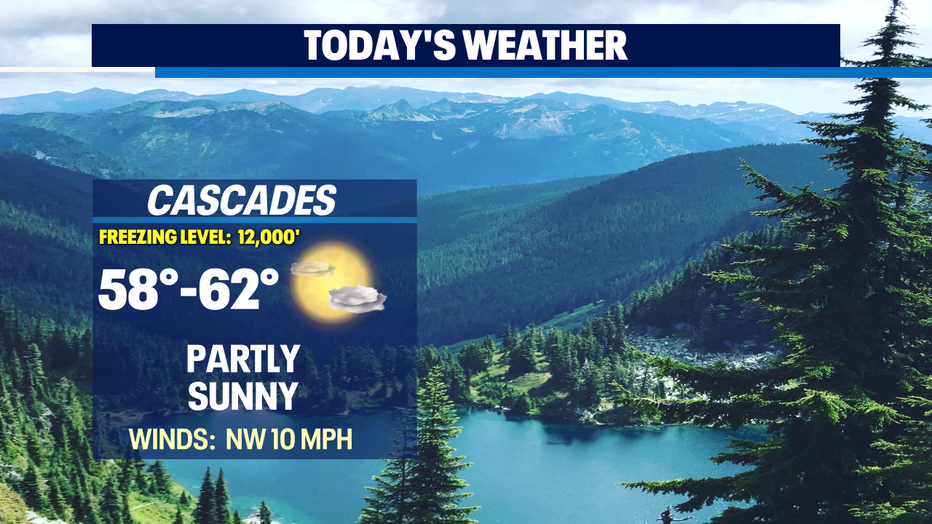 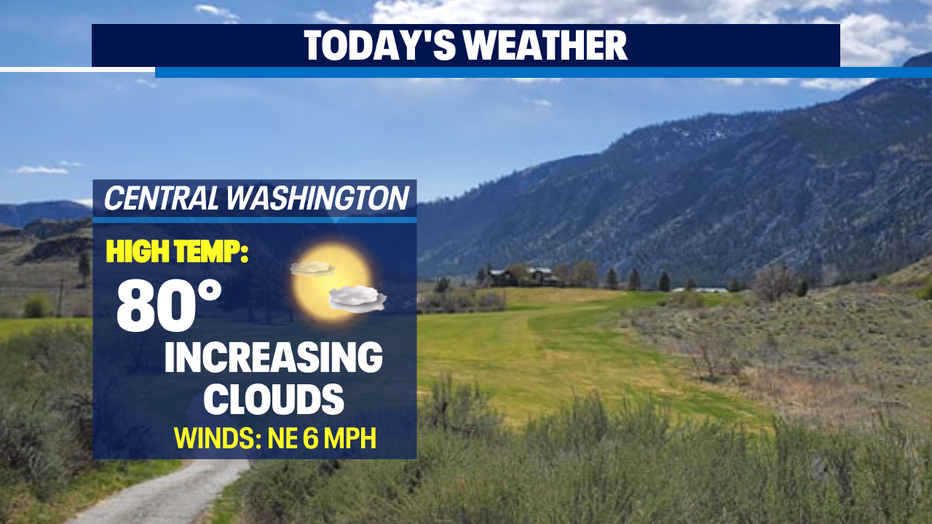 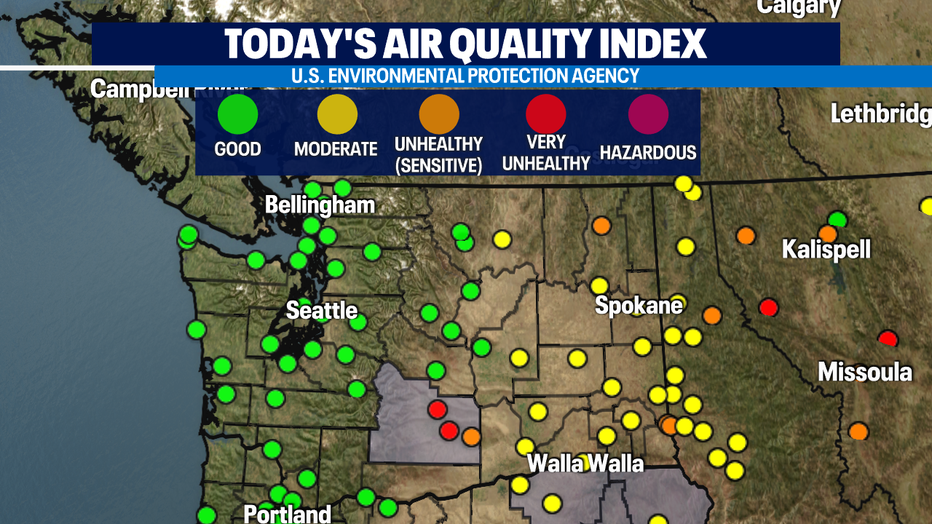