Seattle - After hitting 80 degrees yesterday and the day before, we'll nudging 70 today.  Clouds are rolling in and thickening up.  Normal highs are rapidly decreasing.  The normal high for this weekend is now 73 degrees, and we'll be cooler than that today and all next week.  We'll be lucky to hit 70.  The first day of Fall is September 22nd and the normal high for that day is 70.  So, yep!  It's feeling like Fall! 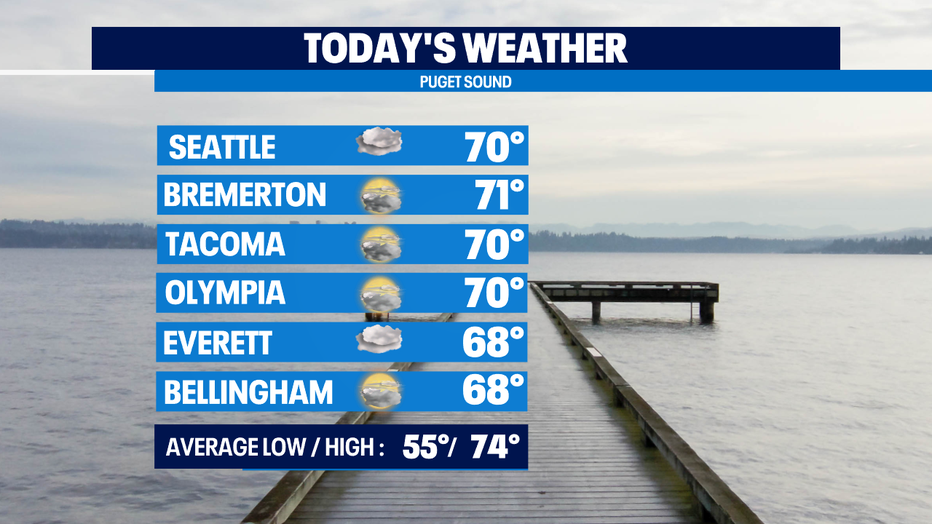 There is some potentially beneficial rain moving into Central and Eastern Washington today.  Here's the FutureCast forecast for 2 p.m. today.  Hopefully the fires near Yakima and Chelan will be tamped down a bit from this rain.  The potential for thunderstorms is very low - that's good.  However, heavy downpours could cause some flash flooding, including mud and debris flows on hills that have been burned by fire. 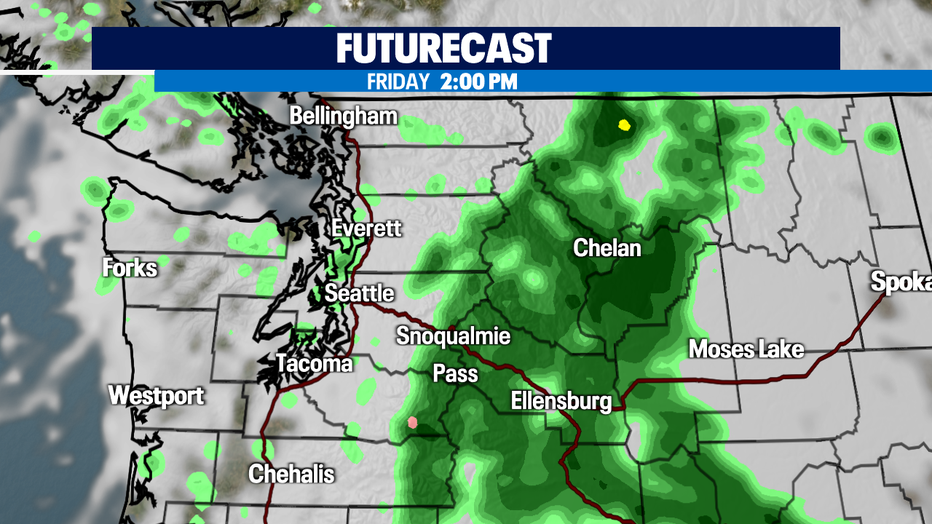 There are two hurricanes impacting communities.  Hurricane Olaf is a category 1 hurricane and is battering the Baja Peninsula.  It hit Cabo San Lucas late yesterday with strong winds and heavy rainfall.  It is forecast to move west into the Pacific Ocean later today. 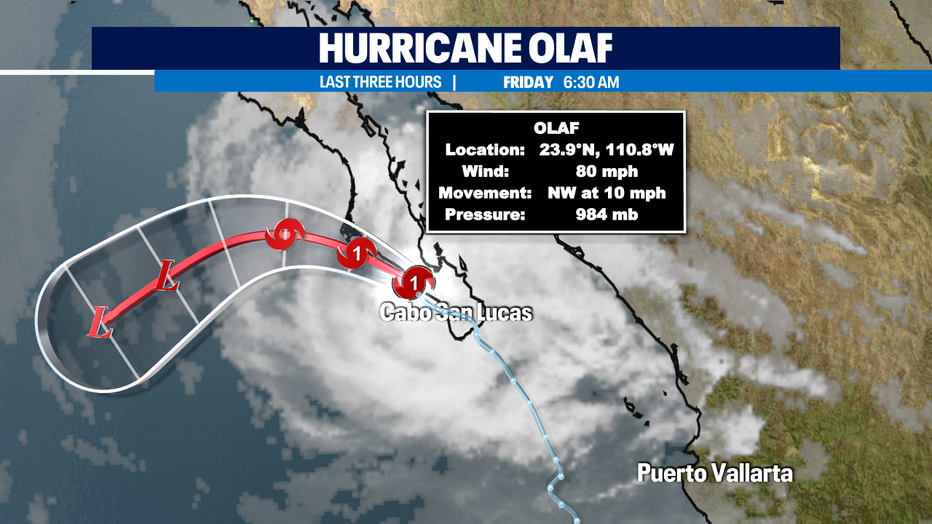 Hurricane Larry is a category 1 hurricane and it has mainly been a "fish storm" in the Atlantic.  But it is forecast to hit Gander, Newfoundland as a Category 1 hurricane tomorrow morning.  You may recall that Gander, Newfoundland is where dozens of airplanes landed on September 11, 2001, as U.S. airspace was shut down.  The community in Gander welcomed the hundreds of terrified international travelers.  A musical was written about this called "Come From Away."  Amazing that on the 20th anniversary of 9-11, Gander will be hit with a Cat 1 hurricane.

After travelling through Newfoundland, Larry is forecast to head toward Greenland where it could cause 3-5 FEET of SNOW!  Larry  is already being called a "Snow-i-cane."  This will only be the 5th time in history that a tropical hurricane causes snow to fall! 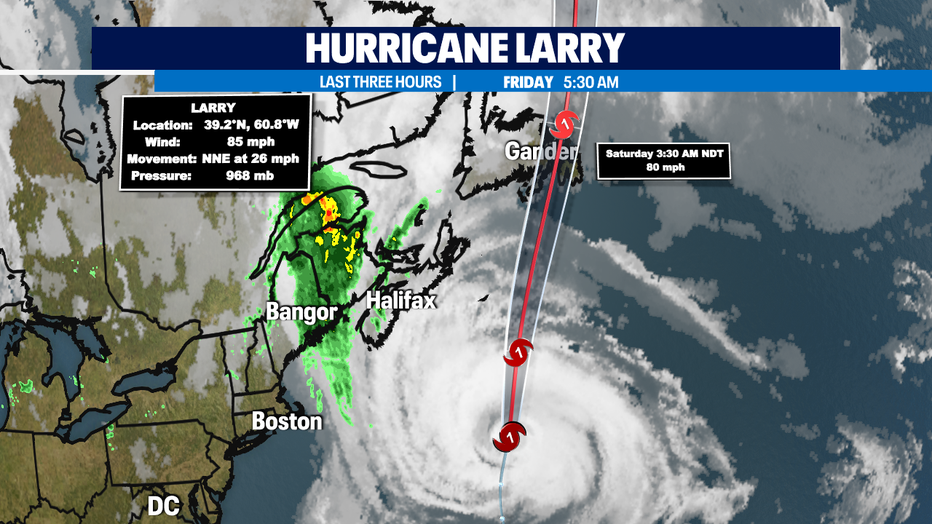 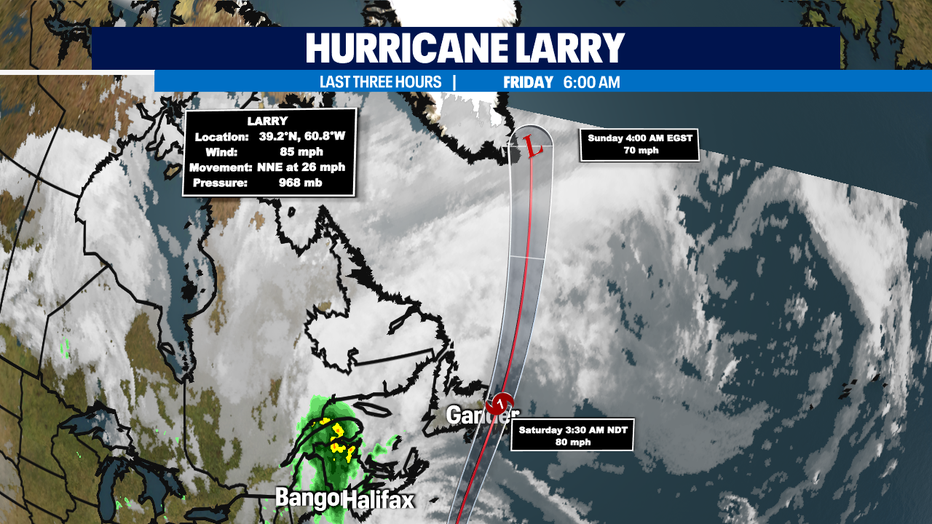 Our weekend will be partly sunny to mostly cloudy with highs around 70.

Monday and Tuesday will be similar to the weekend, maybe a degree to 2 warmer.

Wednesday and Thursday will see increasing clouds and it will be cooler still, with highs only in the mid-to-upper 60s.  There is also the potential for some rain, but it's too soon to be sure. 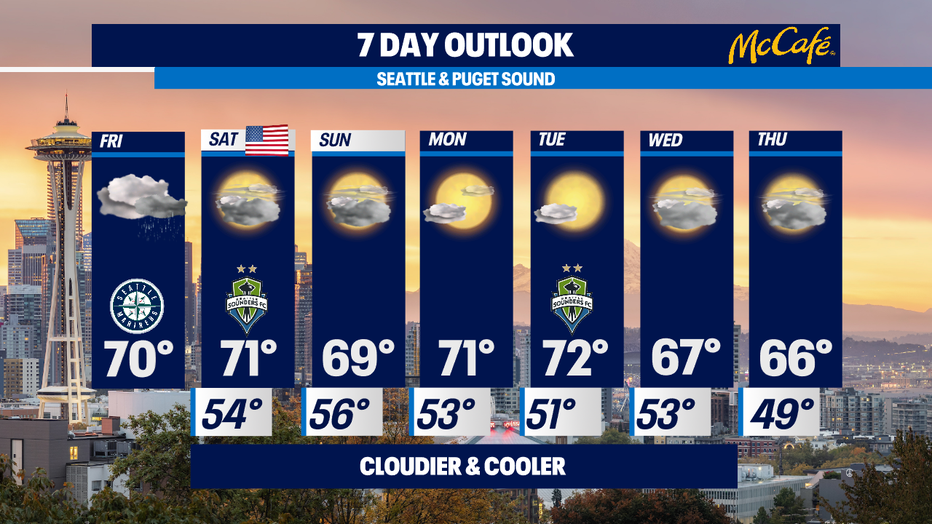 With cloudy skies and highs around 70, it's a Waggin' Tail Day for all dogs dressed in Hawks gear! 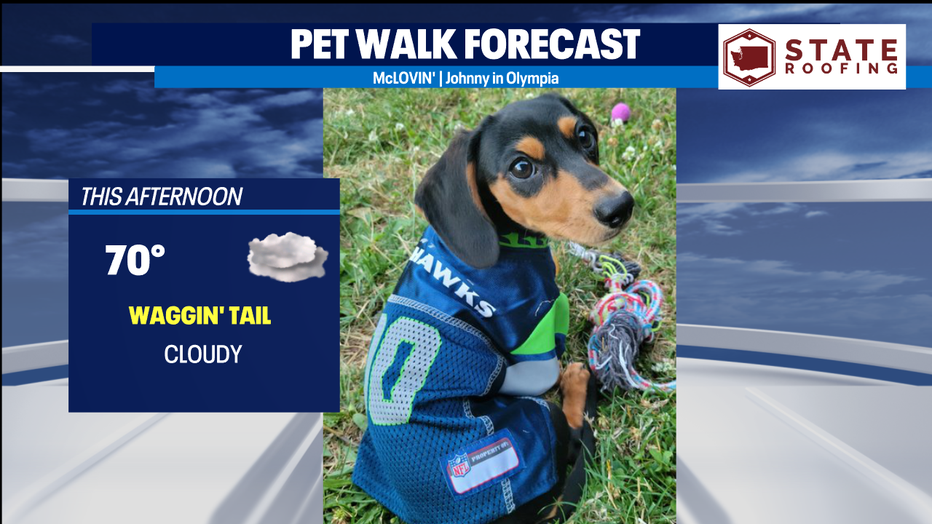 Also, comfortable weather for weekend events like Touch-a-Truck, tomorrow in the Parkland neighborhood of Tacoma. 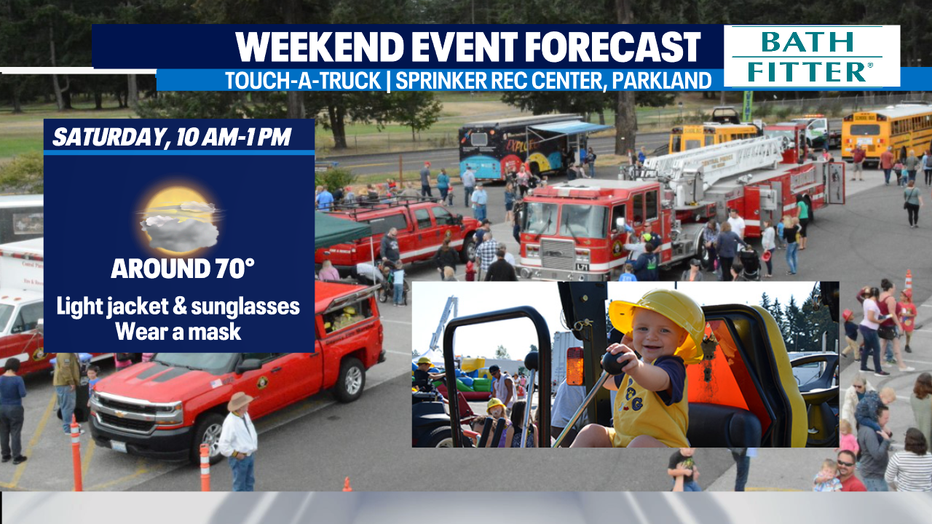