Cloudy, breezy and wet start to our first full week of fall!

The first full week of fall starts tomorrow, and Forecaster Grace Chapin is tracking a whole lot of clouds and wind with it!

SEATTLE - After a gorgeous Saturday with highs soaring into the 70s and 80s we are flipping the script and heading back into more traditional Fall weather.  Highs today drop into the 60s! 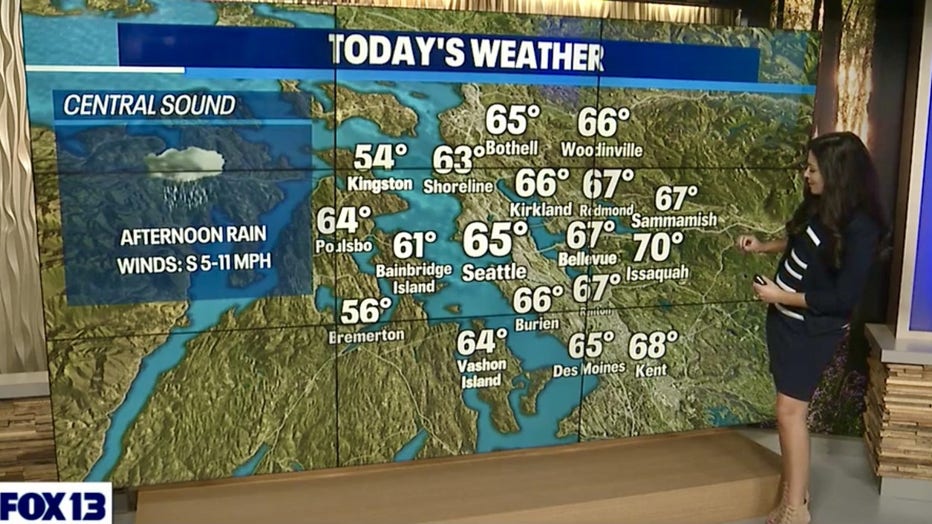 A front will move onshore today delivering light rain to start at the coast and into North Sound. Rain will pick up and become heavy at times later this evening into tonight. There is a chance for isolated thunderstorms too at the coast. The heaviest rain will remain at the coast and over the Olympic where totals could reach 1.5-3". Inland, along the back edge of the eastern slopes of the Olympics near Bremerton and Shelton totals could amount to 1-1.5".  And along the I-5 corridor, from the Canadian border to the WA/OR line, rain will be less with .50-1" expected. 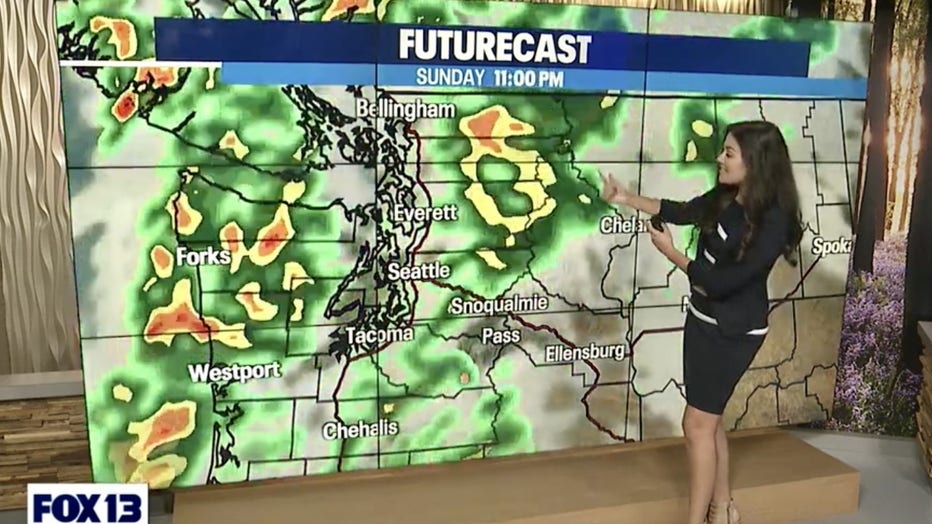 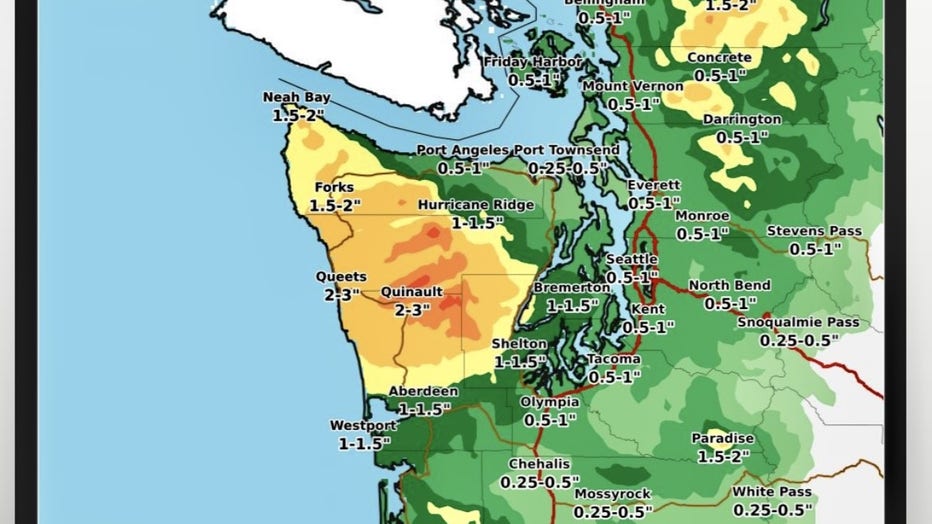 With this system we'll see winds increase across the region.  We're forecasting stronger winds at the coast with gusts up to 45-50mph.  Elsewhere look for gusts 25-35mph with slightly stronger winds through Whatcom, Skagit, and Island Counties. 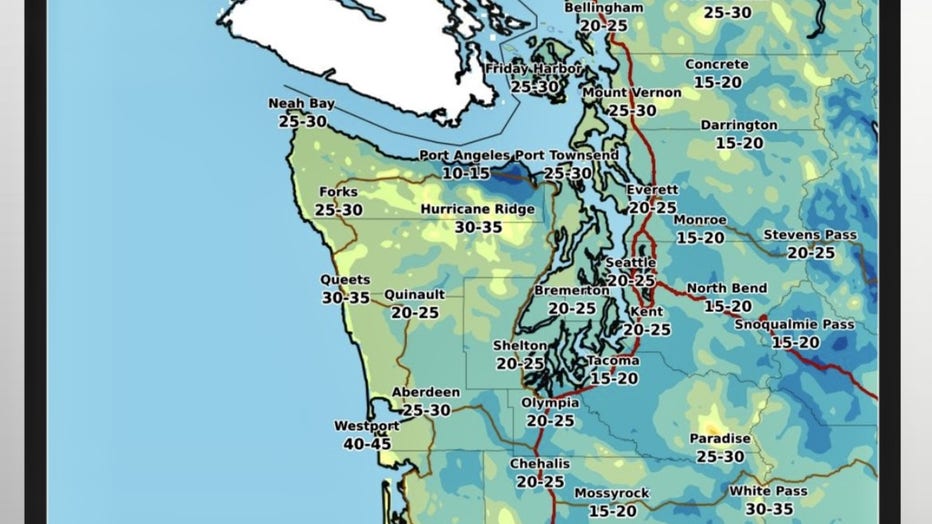 Sunday thunderstorm outlook: Main focus is along the coast, over the Olympics, the Strait, the Islands and portions of NW Skagit, and Whatcom Counties. 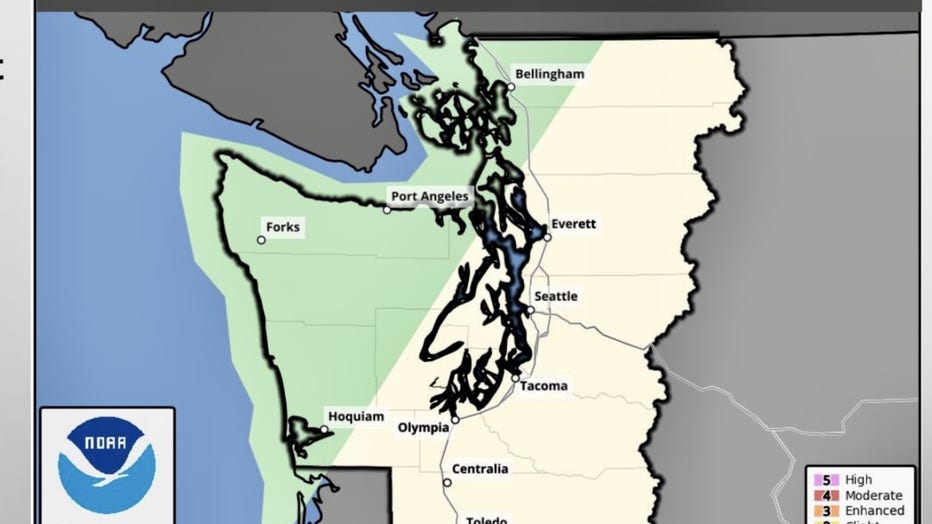 Monday thunderstorm outlook: Focus widens some from the coast to the foothills of the Cascades. 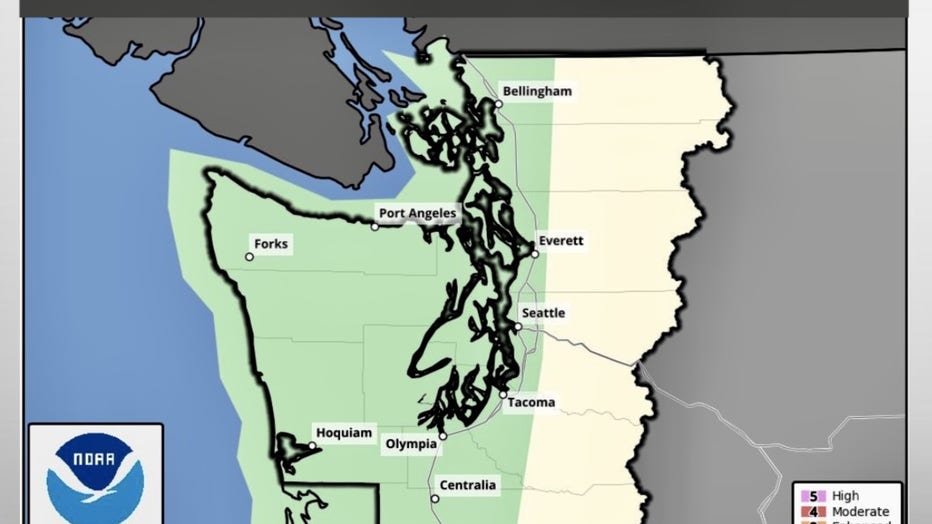 The rest of the week shapes up like this:

WEDNESDAY - A brief break in the weather before the next system pushing inland. Temps in the low 60s. 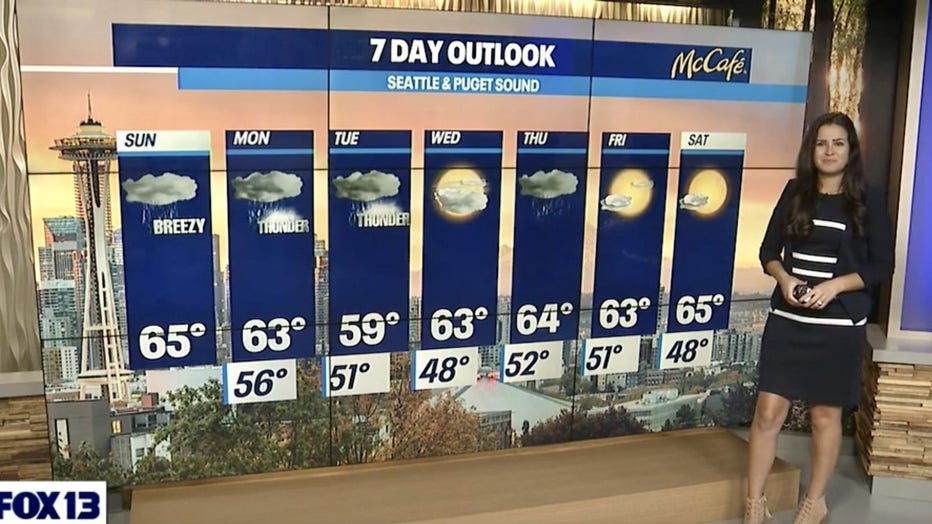