Seattle - We're dealing with typical October weather as we settle into Autumn.  Showers and cooler highs will remain the theme through the first part of the weekend. 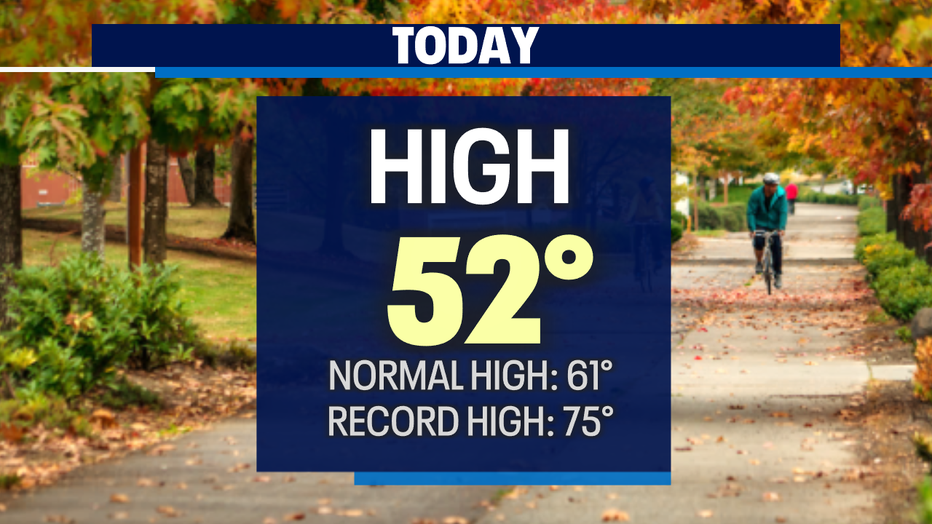 Overnight look for showers to continue as our warm front pushes across the region.  Temperatures will run near average, which is a welcome sight after starting off a little chilly at the beginning of the week. 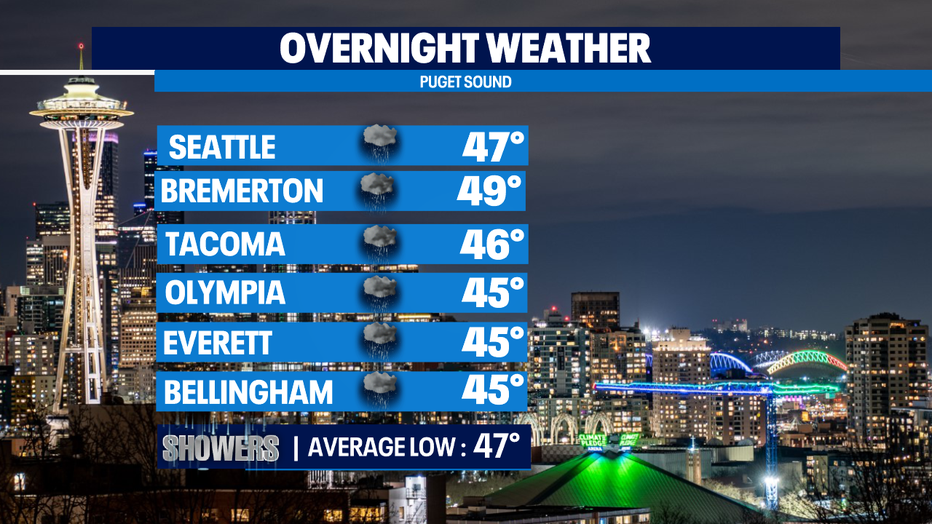 Showers mainly hug the North Sound, the foothills, and over the passes during the early morning hours. 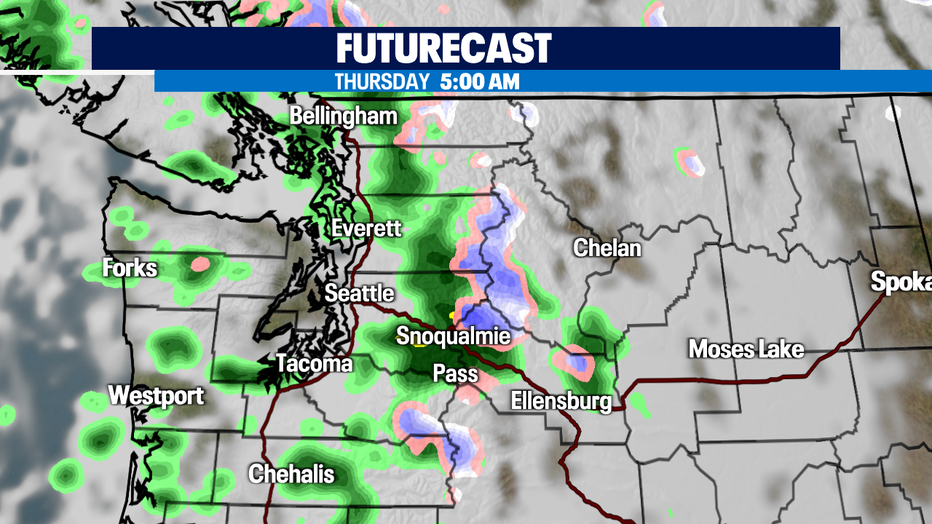 And just as the morning commute gets into full swing showers fall apart under mostly cloudy skies.  Expect a few sunbreaks throughout the afternoon with highs jumping up a couple degrees landing in the mid 50s.  (Average for this time of year is 61!) 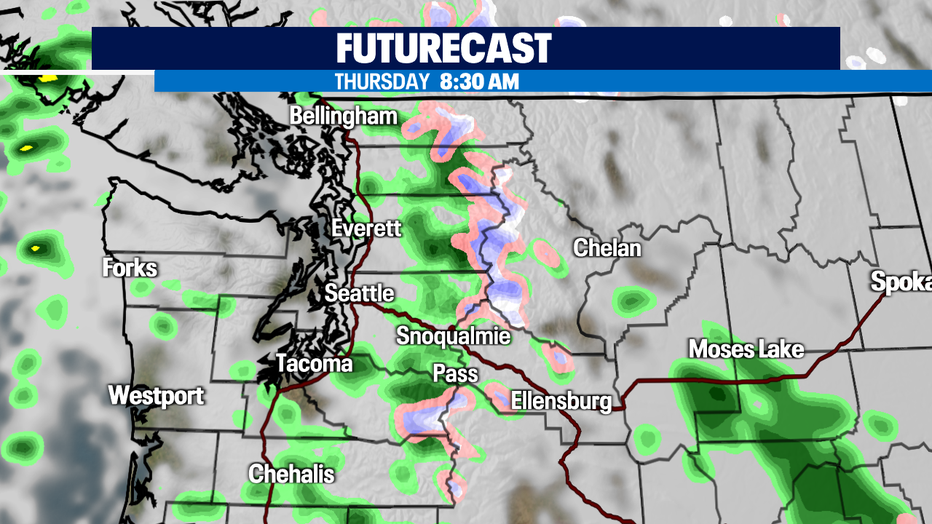 As we move into the weekend we'll see warmer temperatures along with rain at times.  Most of the wet weather will hang along the coast and North Sound, but wouldn't be surprised if some of the showers drop south in the metro area by the afternoon, especially Friday.  Highs will start to warm into the mid to upper 50s to near 60 by Saturday.

If you're wondering about football weather this weekend on Montlake you may be in luck as we're forecasting mainly dry conditions for kick off from Husky Stadium. Temperatures for the Huskies and Bruins will cool from 60 at kick off to the mid to low 50s by post game.  #GoHuskies 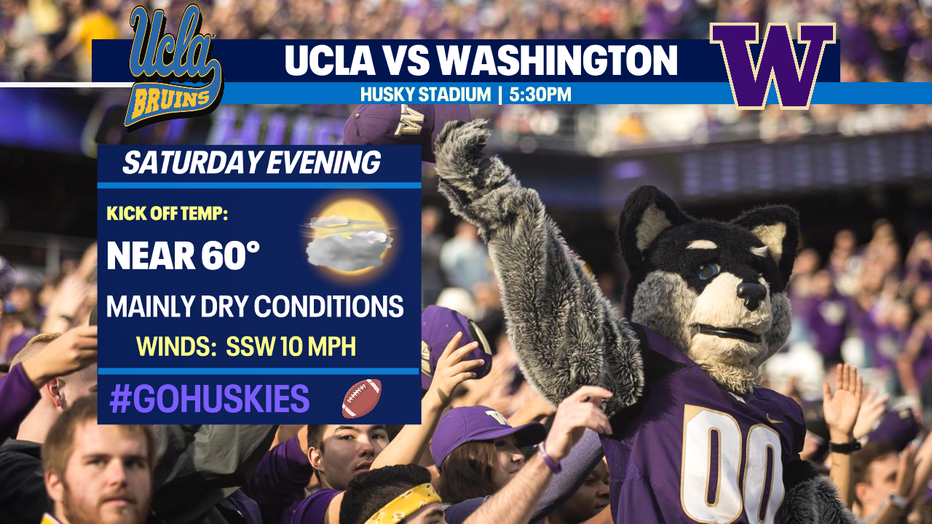 Another system hits the area Sunday and this one will deliver heavy rain and wind at times with mountain snow.  Highs will struggle to get out of the low 50s.  But don't worry, we should dry out some and warm up again as we start the work week.  Temps will climb into the low 60s.

Look for a chance of showers returning Wednesday.

Have a great night all! ~Erin Mayovsky, Fox13 Forecaster 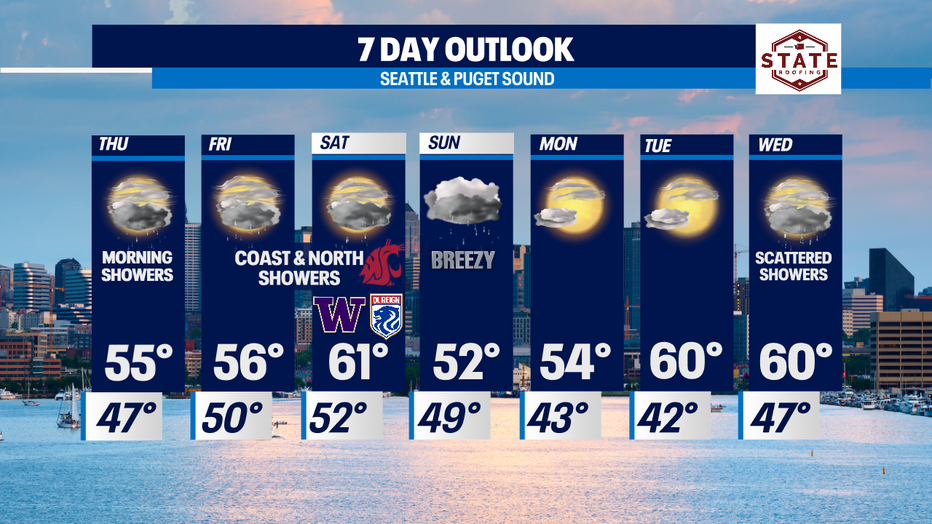 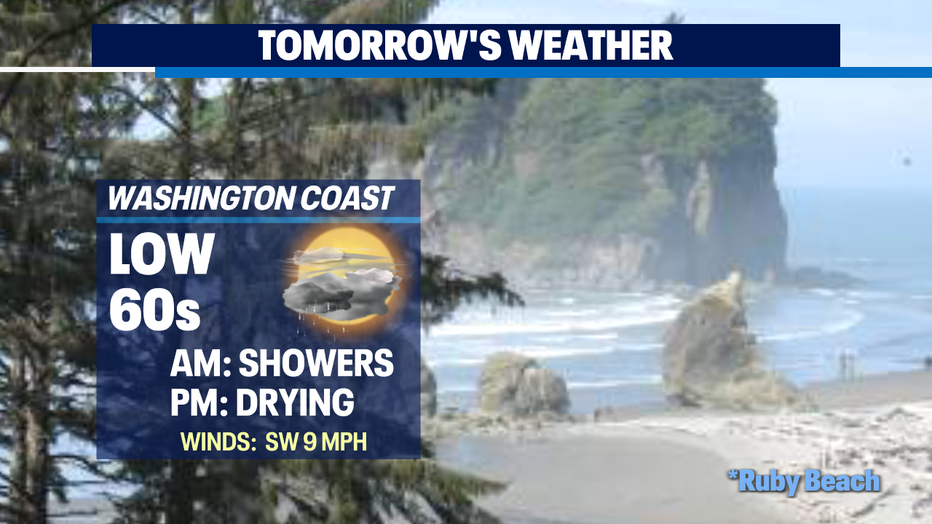 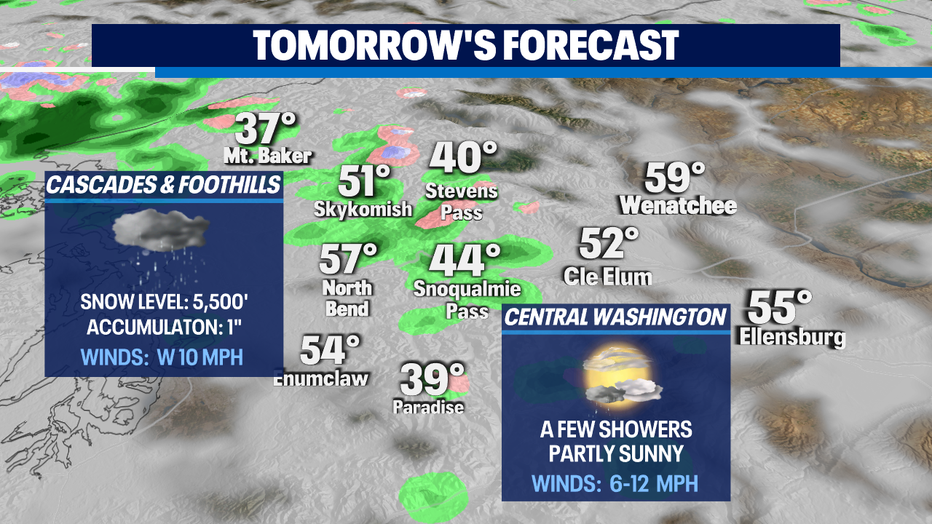