Some places in Washington will hit triple digits again

Seattle - We have 2 Weather Alert Days - today and tomorrow - for the extreme heat hitting us.  We'll be topping out in the mid-90s for most of us. Triple digits in Eastern Washington. This would be the hottest heat wave of the summer if it wasn't for the extreme heat he had at the end of June. 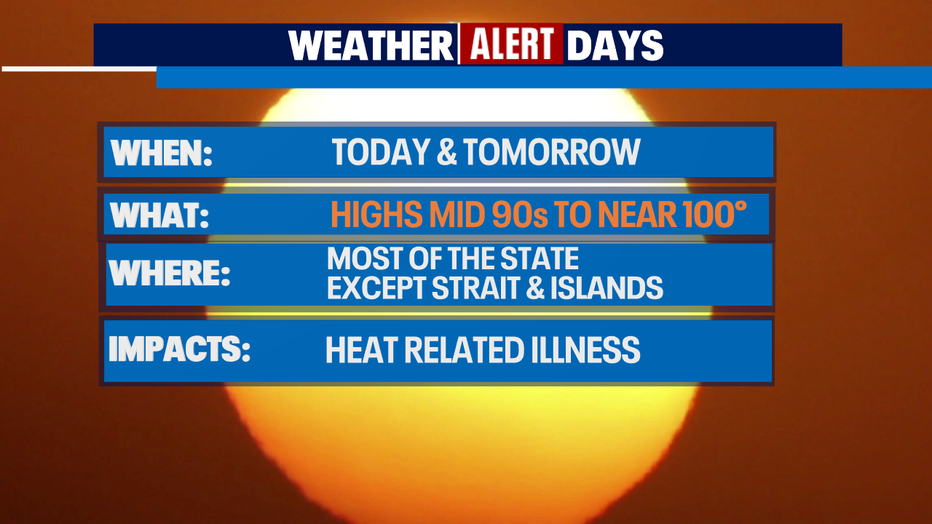 The National Weather Service has issued an Excessive Heat Warning that continues until Saturday evening. 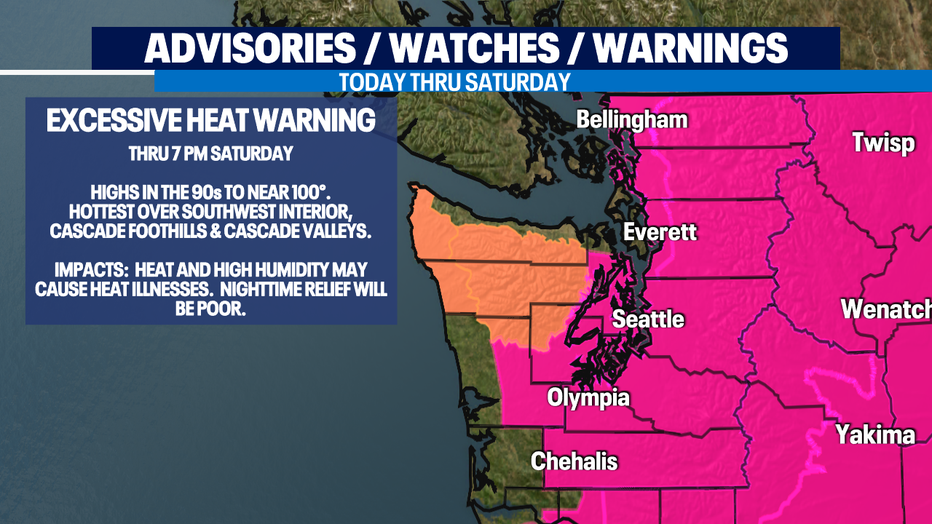 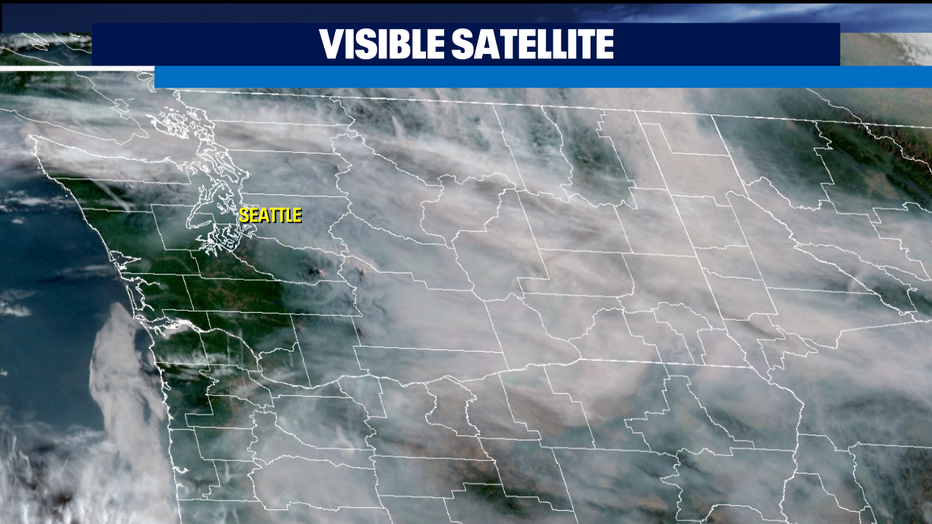 Highs today will be in the mid 90s for Seattle and Tacoma, upper 90s for Olympia and Chehalis, and probably around 100 for Vancouver, WA.  It will be cooler to the north and on the coast, but still much warmer than normal. 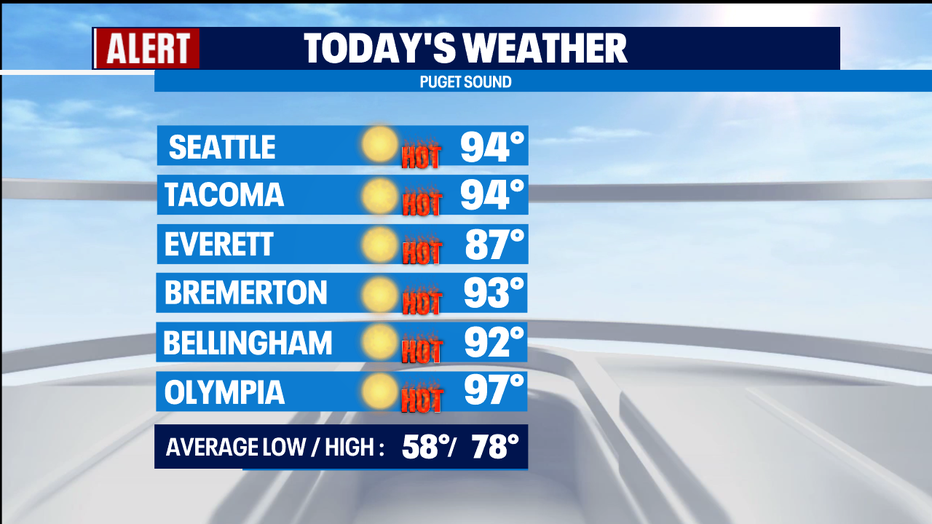 Tomorrow will be about the same temperature-wise, or even a degree or two warmer.

Saturday, we'll cool off a bit, but still top out around 90.  The Excessive Heat Warning goes until Saturday evening.

Sunday, clouds will start to roll in, we'll be cooler – topping out around 80, AND there is a chance of some rain late Sunday overnight into Monday morning!

Looks like it's back to sun and warm temps by mid-week next week. 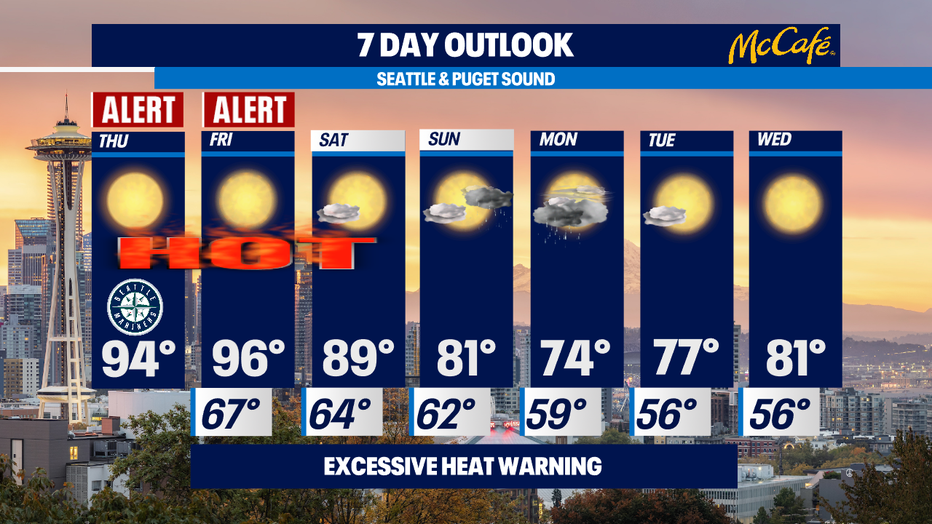 With highs in the mid 90s, it's a Panting Tongue Day for the Pet Walk Forecast. Check out this pair of doodles! 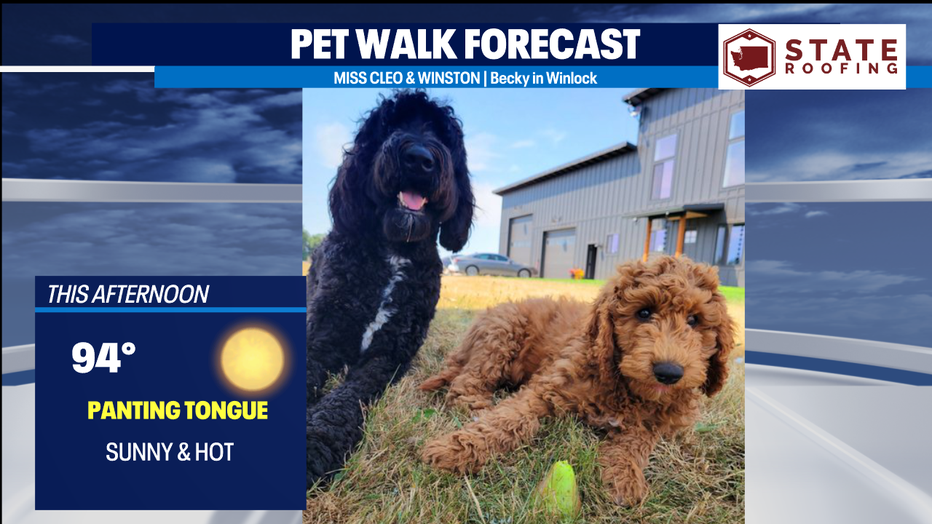