Rain AND shine this week with moderate temperatures

FOX 13 Forecaster Erin Mayovsky is tracking just about every king of weather this week!

Seattle - A beautiful, dry Fall day across the Pacific Northwest. Most of us not only enjoying the break from the rain, but some blue skies peeking through the cloud cover. Monday's highs running cooler than average again.  Normal for this time of year is 60 and will drop to 59 Tuesday. 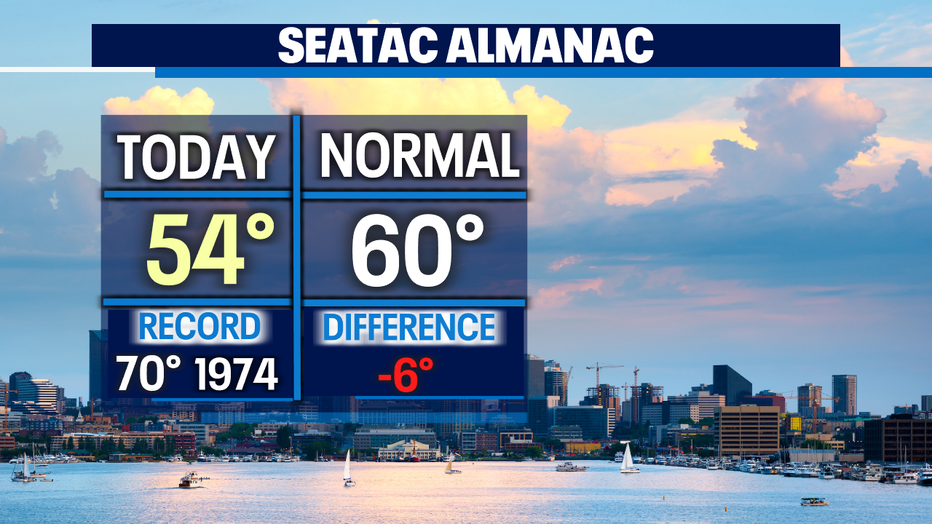 Overnight look for skies to clear into partly cloudy conditions.  Lows cool too! We'll be a bit chilly as we head out the door tomorrow.  Downtown temps hover in the low 40s, but farther south in Pierce County folks will wake up to temps in the mid to upper 30s with some patchy fog.  Brr! Grab an extra layer as you get going tomorrow morning. 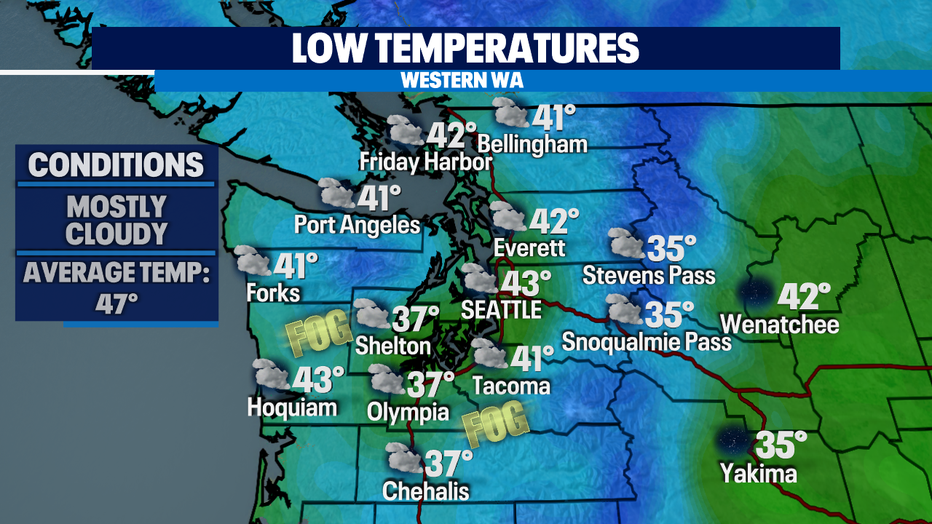 We shift back into a very active weather pattern mid-week as a series of systems spread inland delivering widespread rain and wind at times.  Showers will last through the weekend and beyond.  The bulk of the rain and wind in this first system will impact our neighbors to the North in British Columbia.   While Canadians experience heavy rain and gusty winds Western WA will deal with showers and breezy conditions. The heaviest rain for WA will remain along the Coast, the Olympics and through the Strait. 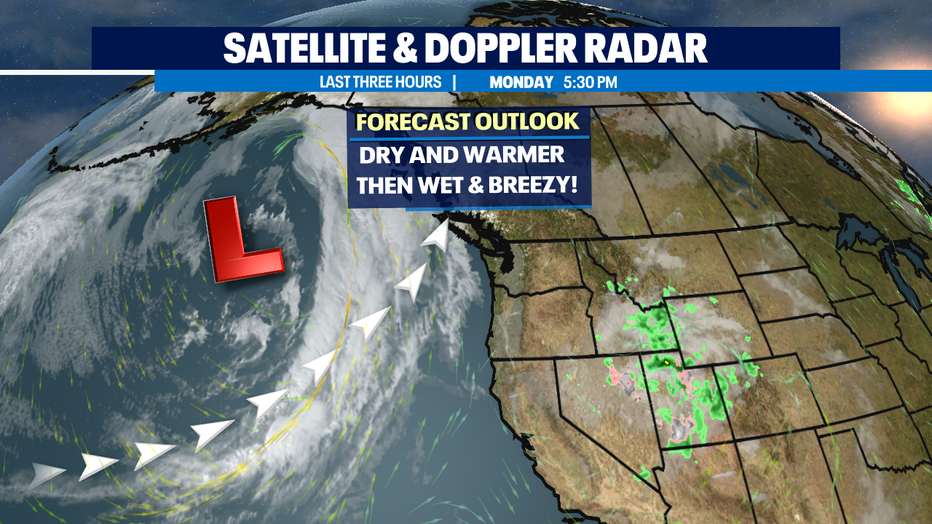 Areas south of Seattle see rain first, before spreading north into the metro. 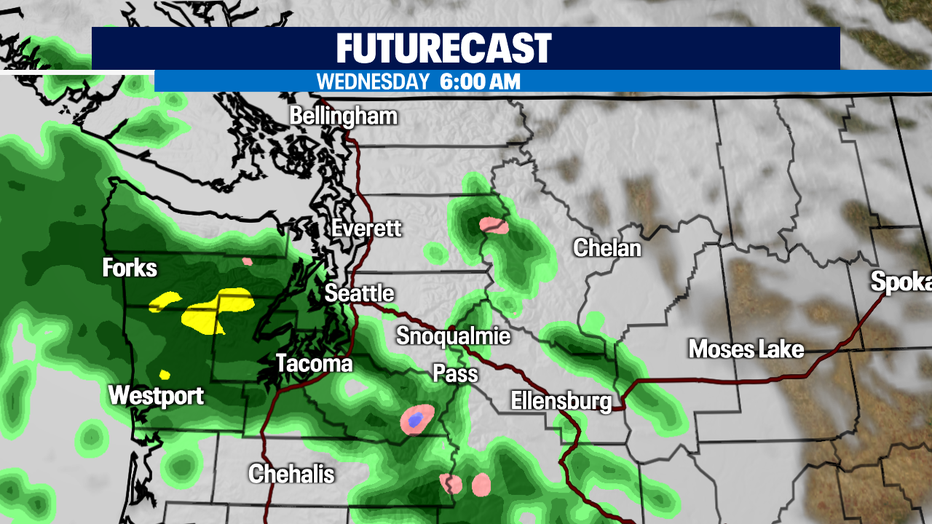 By lunch time Snohomish County gets in on the sloppy weather. 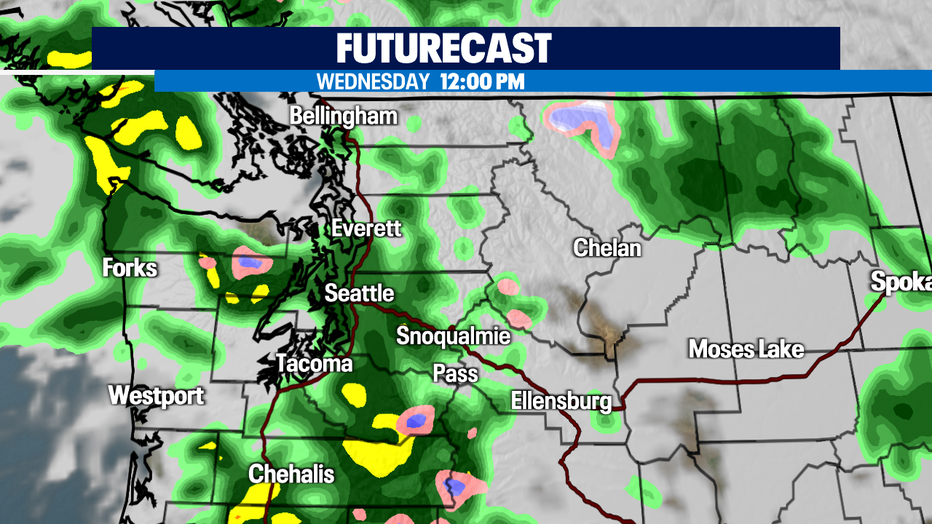 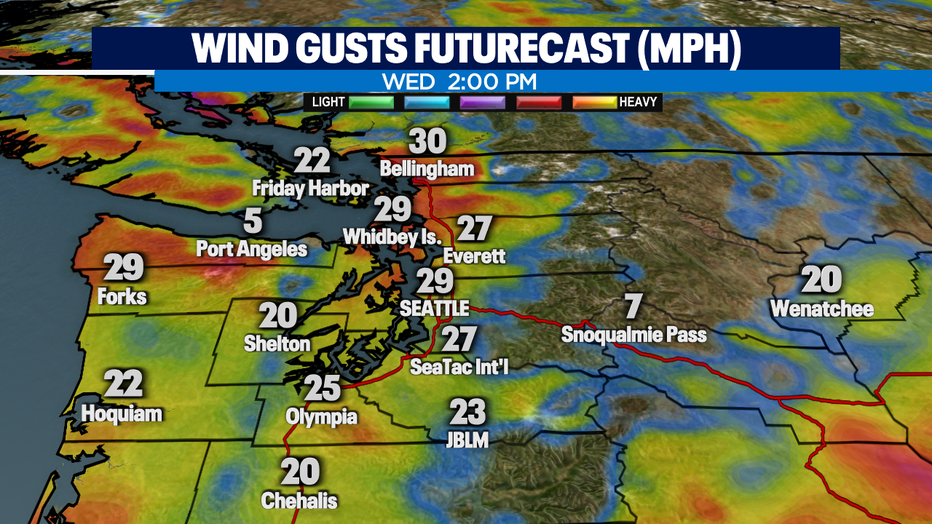 And by 11pm as we close out Wednesday the Coast will have picked up just over half an inch of rain while inland areas see lesser amounts. 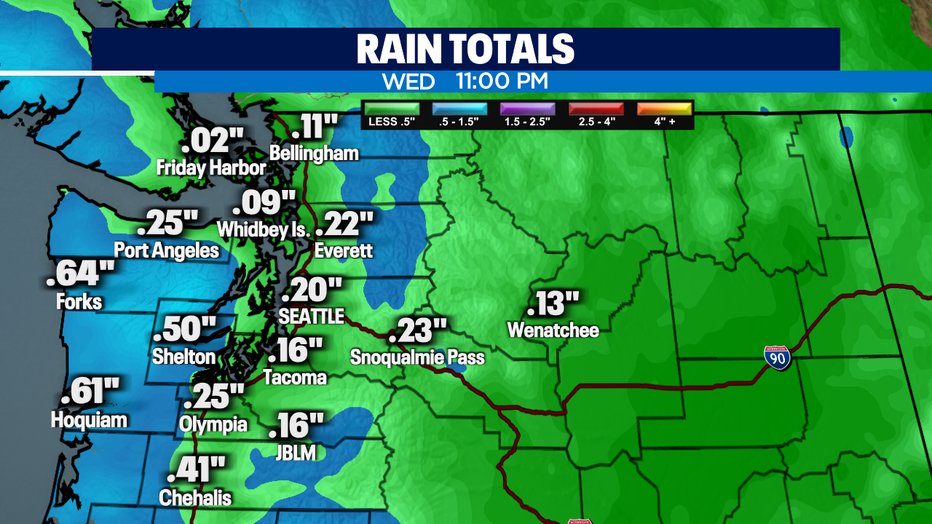 More systems will continue to move in dropping rain into the weekend, but we will see some dry breaks in between, like most of Thursday.  Rain picks up around dinner time pumping in a decent amount of moisture through Friday evening before letting up some.  The weekend will be wet as well!  Keep the rain boots and coasts handy!

Have a great week all! ~Erin Mayovsky, FOX13 Forecaster 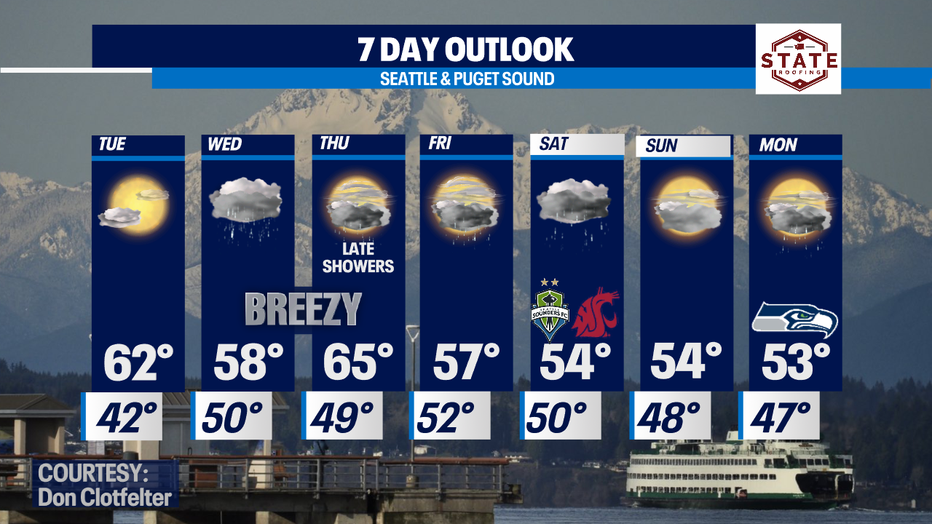 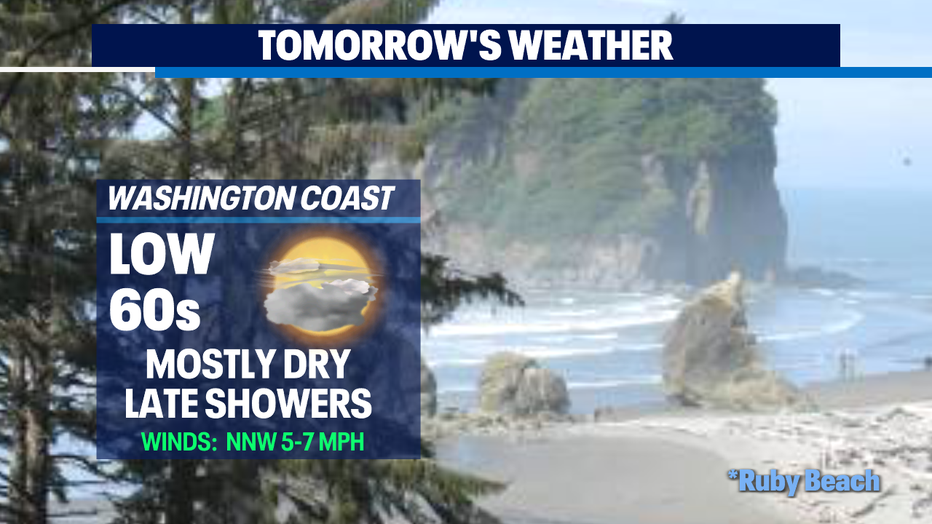 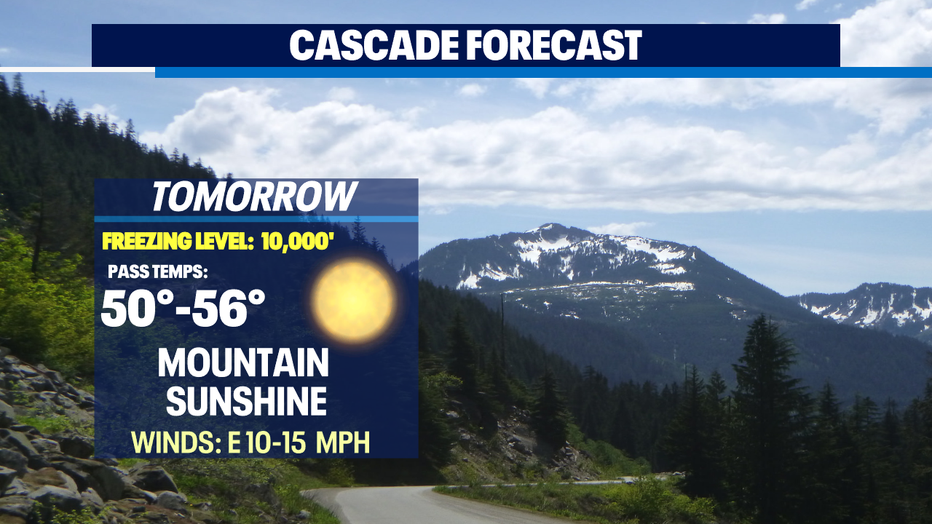 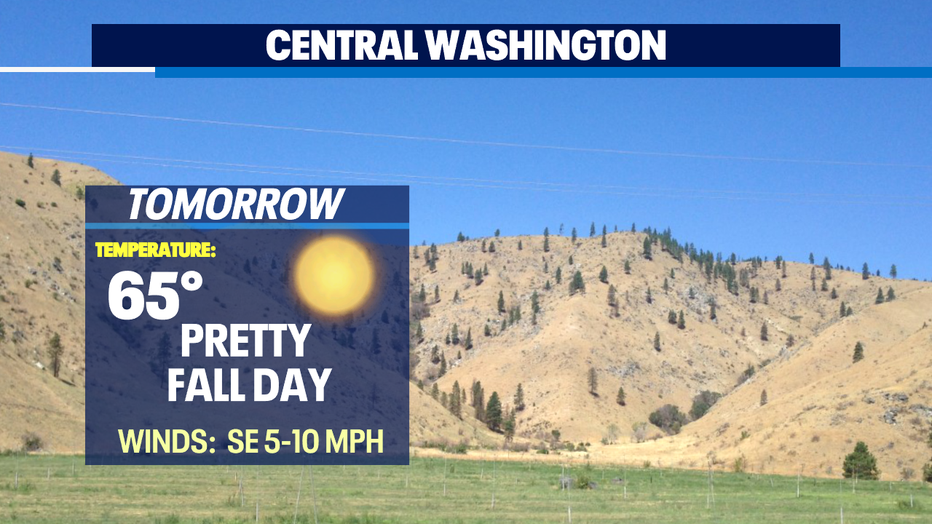