SEATTLE - Some areas of lowland rain and steady snow at our mountain passes this morning. Precipitation will taper off later today for much of the region, though some scattered on/off showers could hang on a little later in the day if you're heading through the South Sound or down towards Portland and the Willamette Valley. 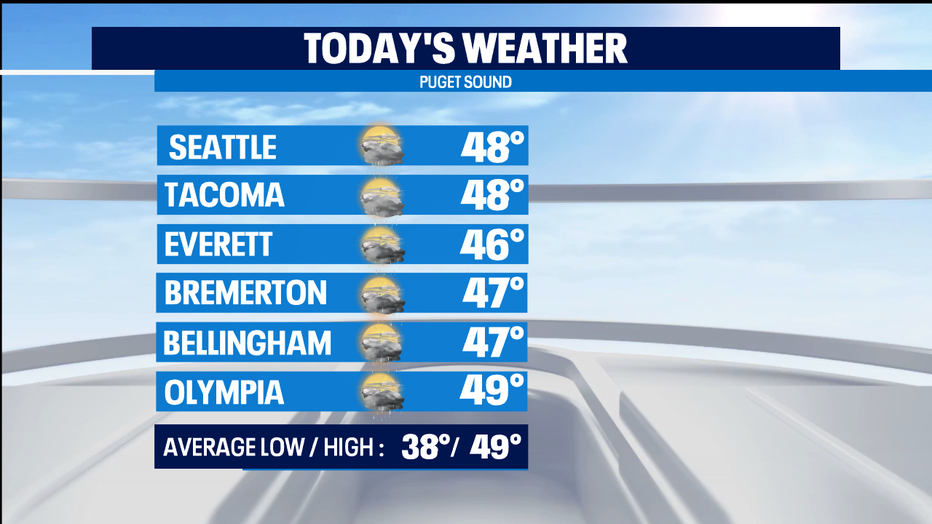 High temperatures will be about normal for this time of year in the lowlands. Even though the Winter Weather Advisory is set to expire at 10a, we'll still see snow falling into the early afternoon-- though the intensity will taper off. Snow levels will rise from 2,500' to 3,000' by the afternoon. That could make for some slushy conditions at Snoqualmie Pass-- but it'll stay pretty frozen over Stevens Pass today. 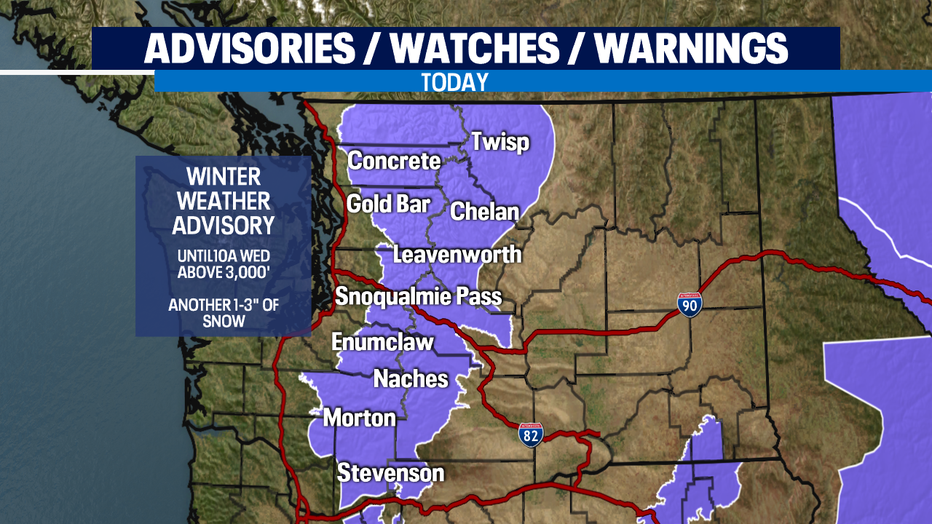 We'll dry out even more earnestly tomorrow for Thanksgiving day, though I can't rule out a few spinkles or showers far north tomorrow. Friday also looks dry for most of the day too. 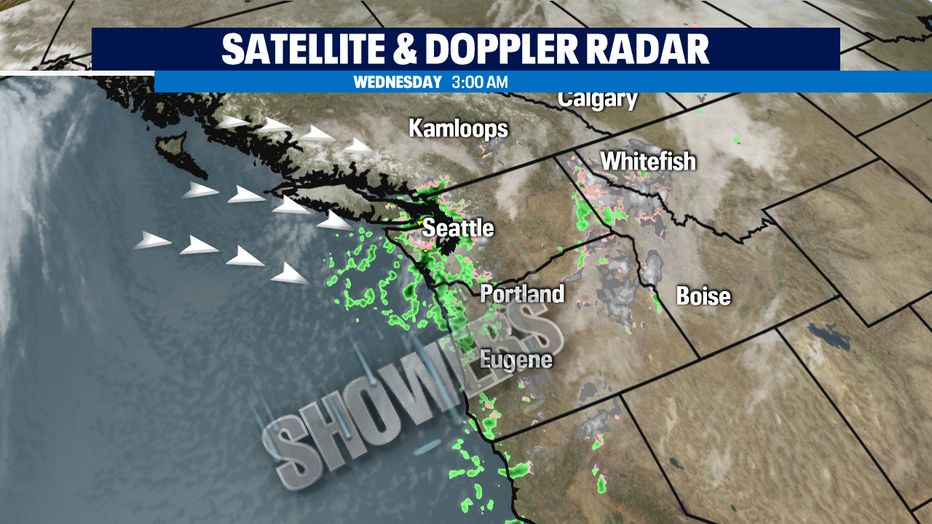 Friday night we could see a weak weather system move through, but most of the precipitation looks to happen in the overnight hours into Saturday. That will leave most of Saturday and Sunday quite dry. Hard to get rid of morning clouds / fog this time of year though with the low sun angle this close to Winter Solstice next month. Another weak weather system could sweep in a few showers late Sunday into Monday. 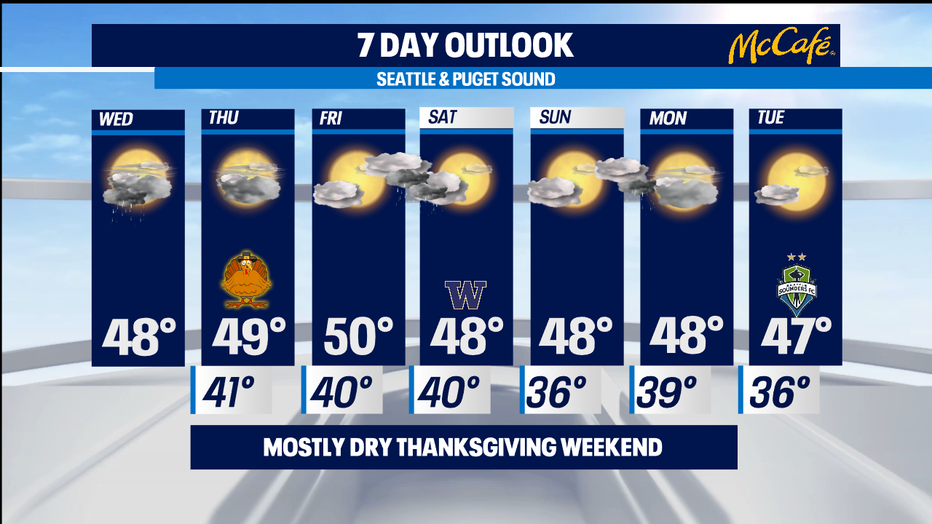 Drier and colder weather looks to be our trend getting into the first part of December. That Sounders playoff match against Dallas FC could end up being pretty chilly on the pitch at the newly renamed Lumen Field with temps plunging quickly when the sun goes down Tuesday afternoon just after 4p. -Tim Joyce