We made it to the holiday and this year we'll see mostly dry conditions with some decent fall sunshine!  Highs land in the upper 40s for most of us, which is right on target for this time of year. 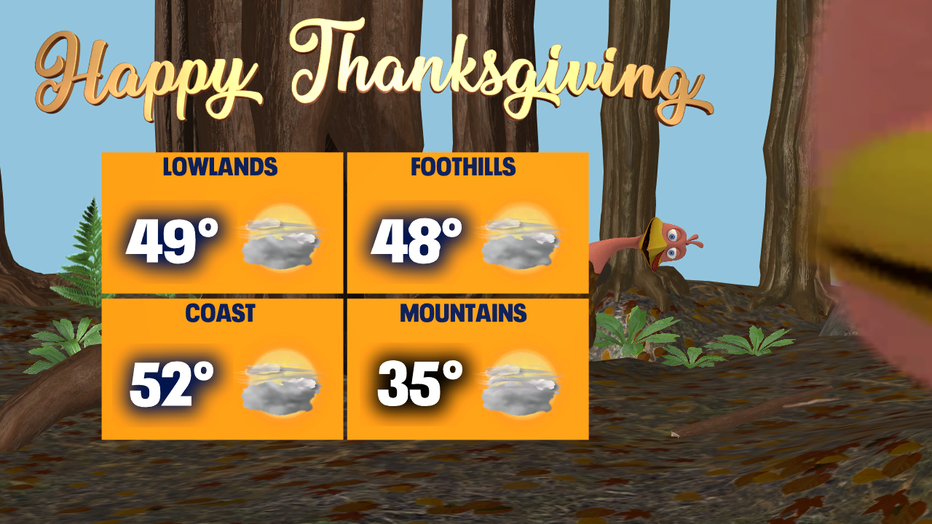 A ridge of high pressure already starting to build into the area now.  This will allow the region to see more sunshine than rain!  Thanksgiving most of us wake up to cloudy skies with some patchy morning fog. Clouds and fog will lift giving way to a fairly nice day.

We'll remain dry inland for Friday, but the NW and Central Coast will see a few showers as the day gets going.  By 10pm Friday night rain will push in from the north delivering showers overnight into early Saturday morning.  Clearing will happen just as the showers drop out to the south.  Most of us will see a pretty Saturday with highs in the upper 40s, right near our average seasonal high of 49 for this time of year.  Don't forget the UW football kicks off at 4:30pm from Husky Stadium against Utah!  We expect a dry night for the Dawgs to grab another home win! 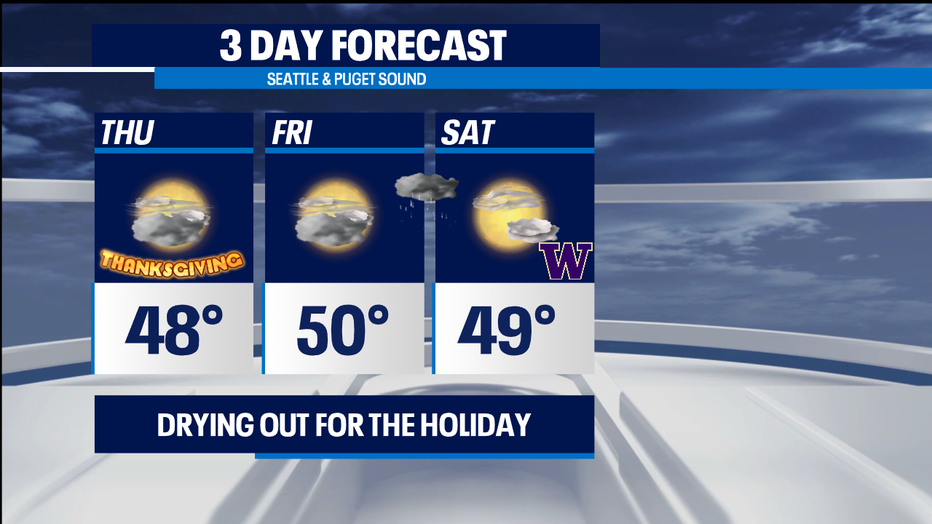 The second half of the weekend brings some change.  Sunday looks nice with partly sunny skies with temps in the upper 40s, but by late afternoon our ridge will start to move east opening up the door for the next weather maker to track inland.  The timing of this system is a bit tricky to track, but as of now we're seeing showers arriving along the coast very early Monday morning, making for a showery commute.  Showers will wrap up just after dinner.  Highs still hang in the upper 40s.   During this time the mountains will pick up some light snow as well.

At this point models have us trending dry again for Tuesday and Wednesday!  Enoy! 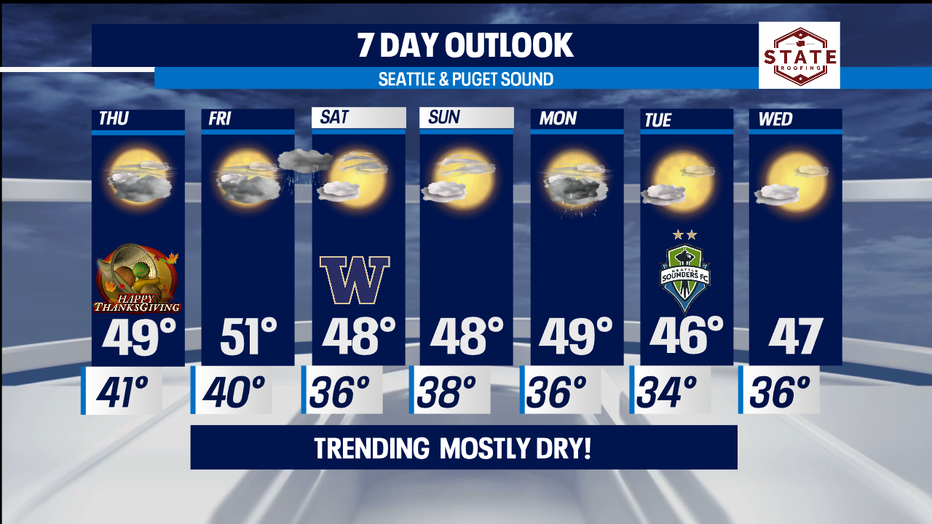 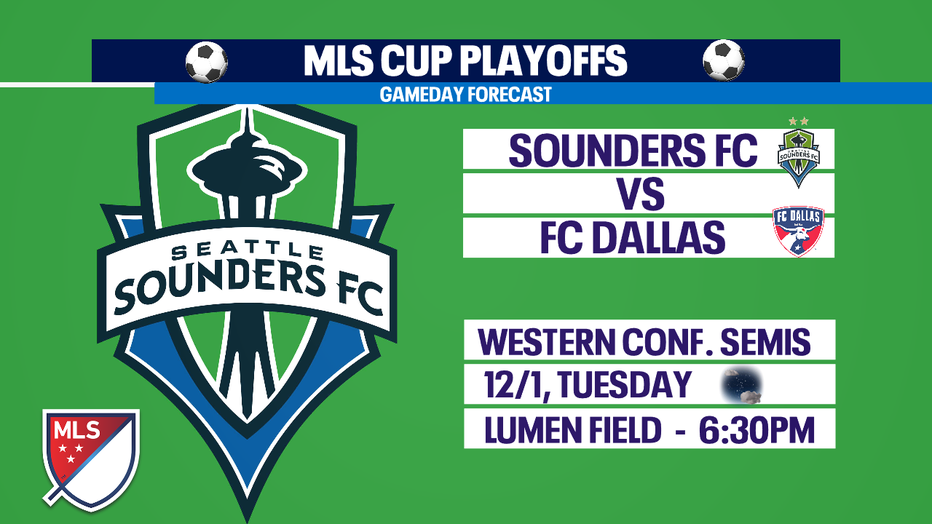