Temperatures will be in the mid 40s throughout the week

SEATTLE - A warm and showery day across Western WA with highs soaring above average for most locations. Sea-Tac jumped 6 degrees above-average to 53, with Hoquiam warming into the low 60s. 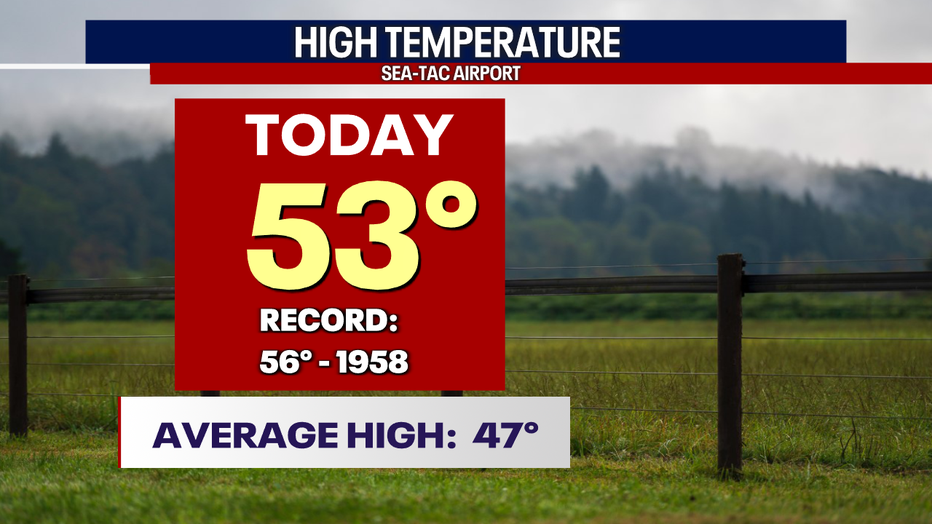 Overnight, look for a few pockets of showers with warmer-than-normal lows. The average for this time of year is 37 for Seattle. 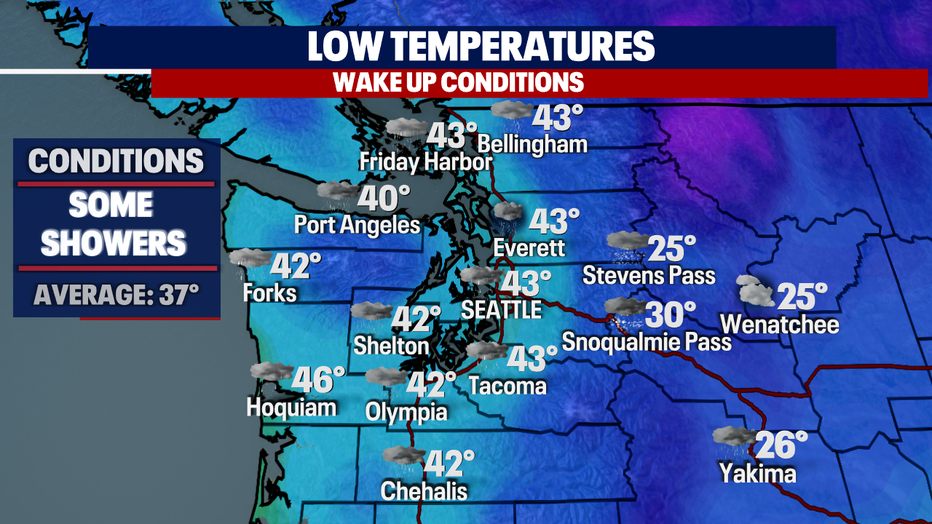 Saturday starts out with some scattered showers around the lowlands, mainly north of Seattle and across the mountains. 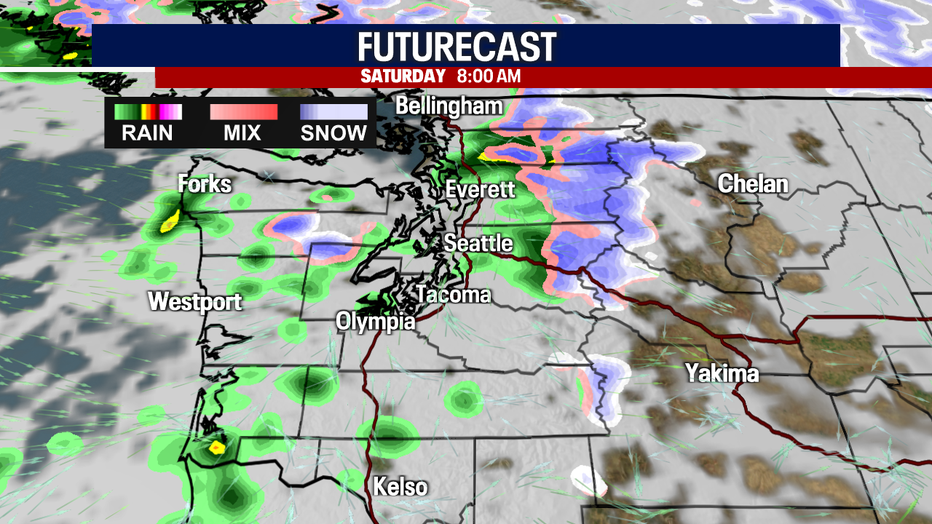 With all the rain and snow during the past two weeks, we are left with just one flood alert.  We're keeping an eye on the Skokomish River near Potlatch in Mason County.  As of Friday night, the river is at a minor flood stage. The "Flood Warning" will remain in effect through late morning Sunday.

Please be careful and do not drive through blocked-off areas with flooded roads. 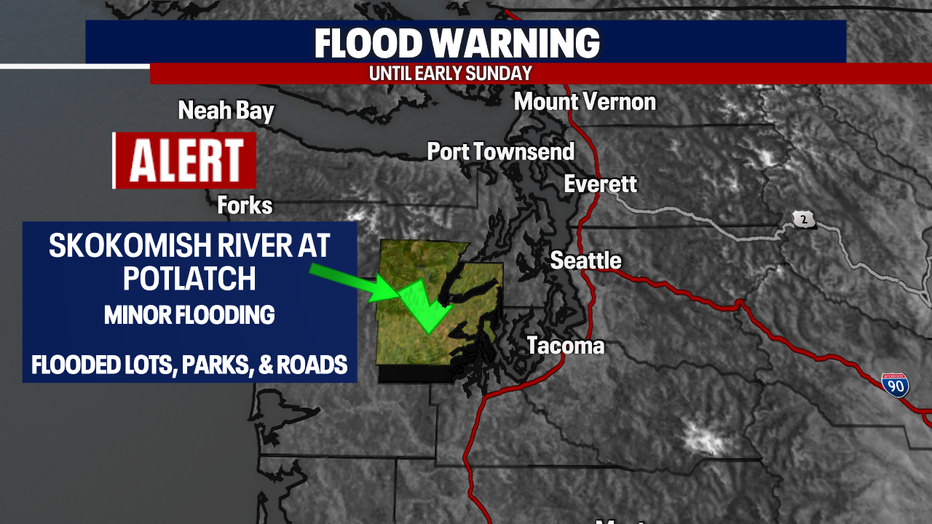 By late afternoon, most of us completely dry out with just a few showers left east of downtown over the mountains. 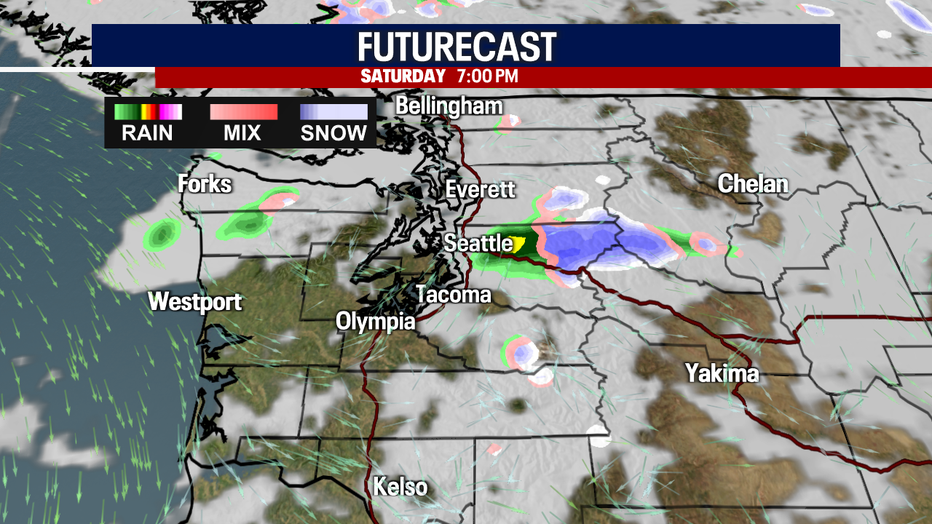 At this point, our "New Year's Eve" forecast looks mostly cloudy and dry!  Can't rule out a stray shower, but at least we won't welcome in 2023 with a super soaker! 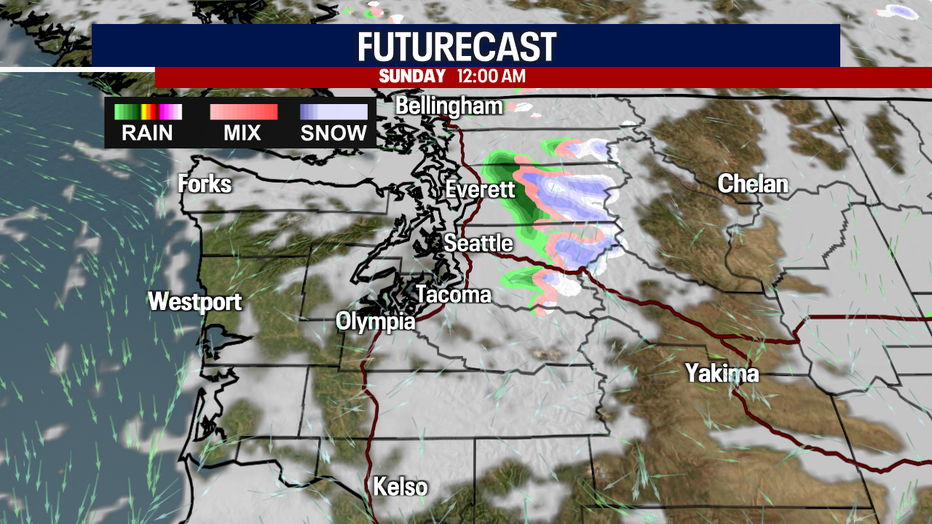 Here's the breakdown for Saturday night into New Year's Day.  Midnight temperatures will hang in the low 40s downtown Seattle as folks ring in 2023. 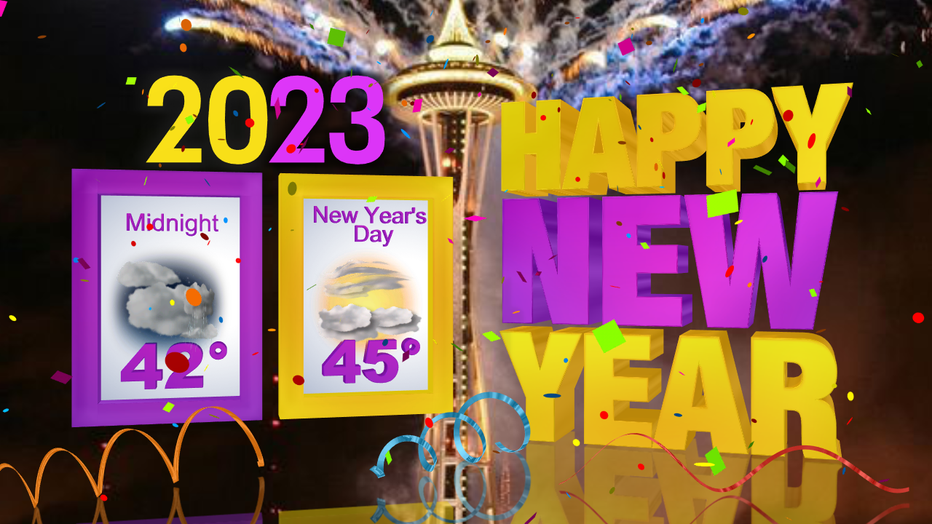 New Year's Day brings dry conditions with clearing into the afternoon.  Highs will only climb a few degrees into the mid 40s. 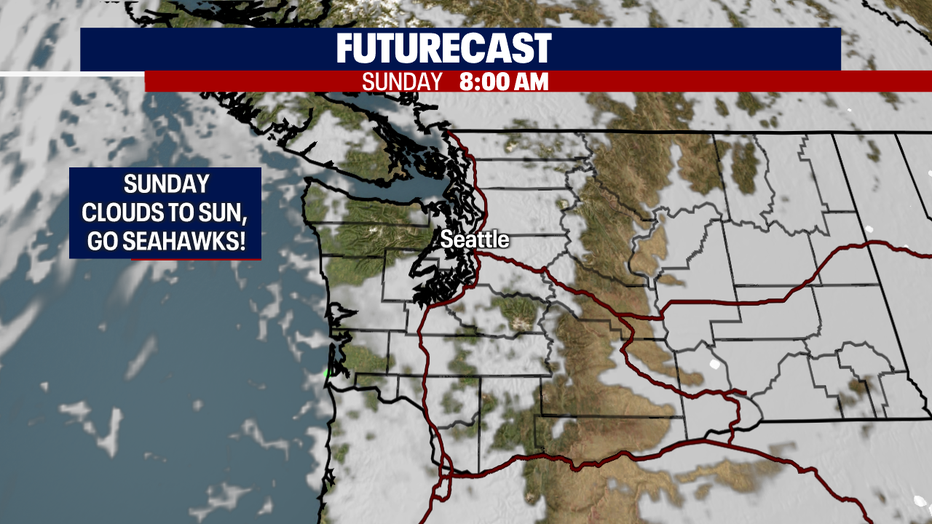 The Seahawks host the New York Jets Sunday with kick off set for 1:05pm from Lumen Field.  Should be a great day to celebrate the New Year with a Seahawks win!

If you can't get out to the stadium you can watch the Hawks on FOX 13. 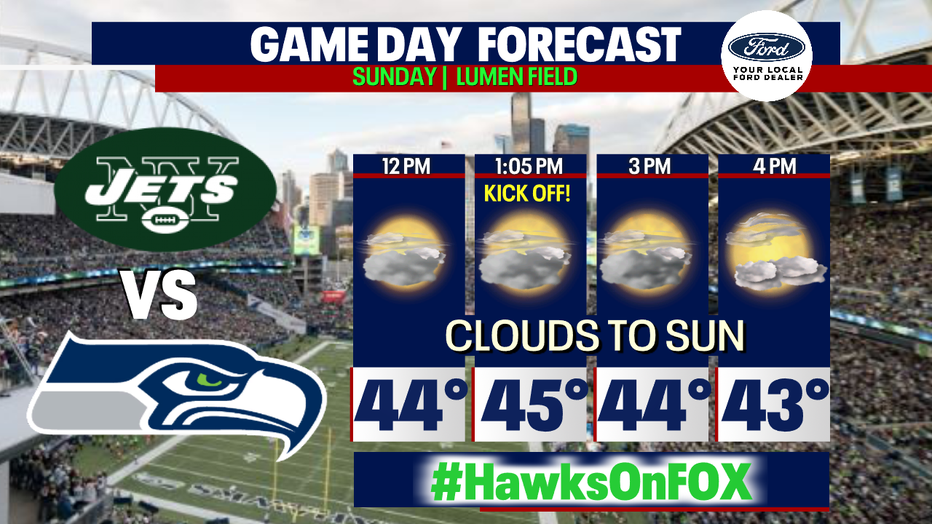 We expect more sunshine as we get later into the day.  Enjoy! Next week starts out dry with temperatures near average. By Tuesday into Wednesday a series of weaker systems set up to move into the area. Highs land in the low to mid 40s.

Have a great holiday weekend all!  ~Erin Mayovsky, FOX 13 Forecaster 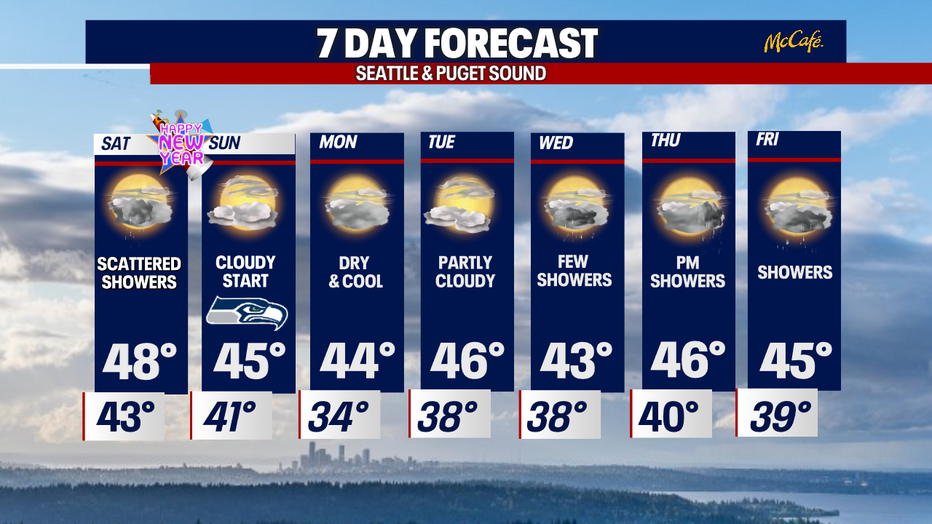