Seattle - We did it!  Temperatures warming into the low 60s around the region Saturday.  Seattle ending the day at 63, that's up six degrees over Friday's cool high of 57. 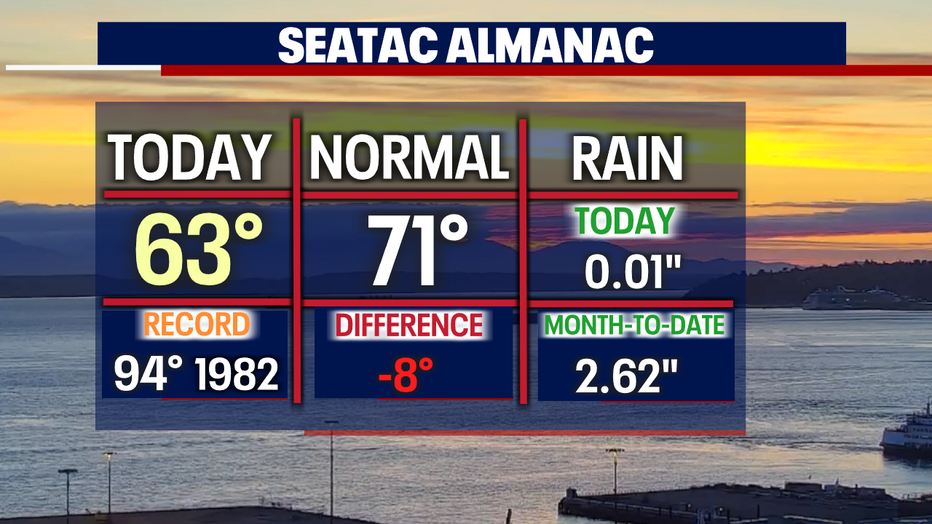 Overnight temperatures will cool down into the low 50s and that's right about where we should be for this time of year.  When we wake up expect a few showers over Puget Sound, mostly for our northern counties.  Showers will wrap up pretty quick through mid-morning. 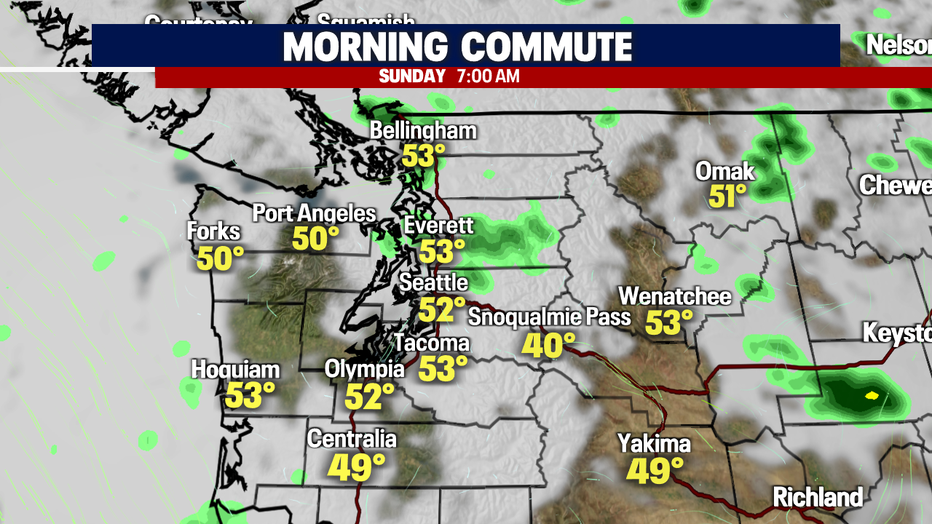 Highs Sunday will warm into the low to mid 60s along the I-5 corridor.  The coast and mountains will see slightly cooler highs. 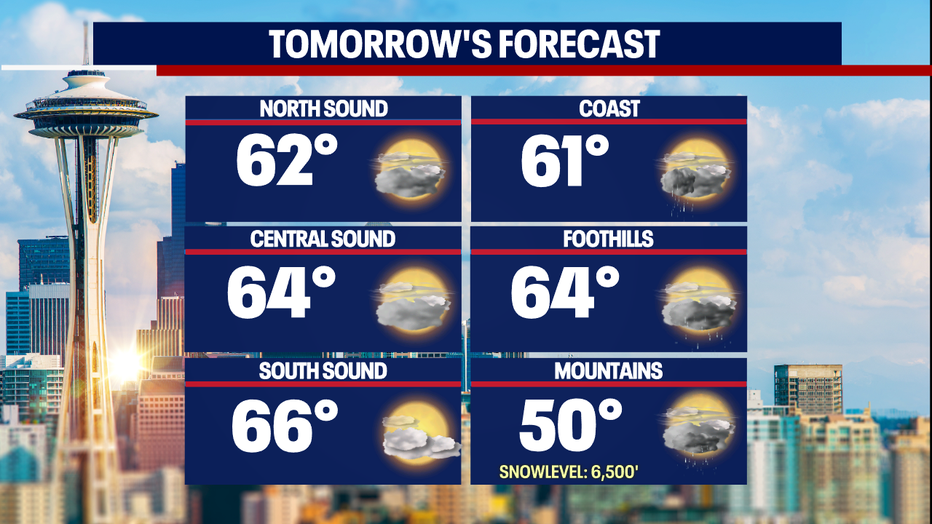 Our "Summer Season" officially kicks off Tuesday at 2:12am.  We are forecasting drier conditions right on time for the new season as our storm track stays north closer to low pressure over SE Alaska.  Highs will continue to warm throughout the week.  Temperatures will hang in the upper 60s to low 70s. 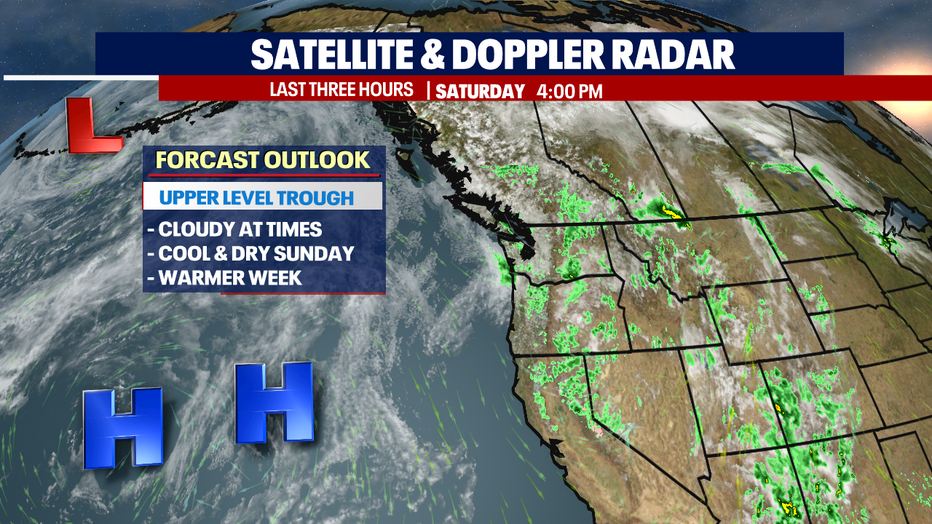 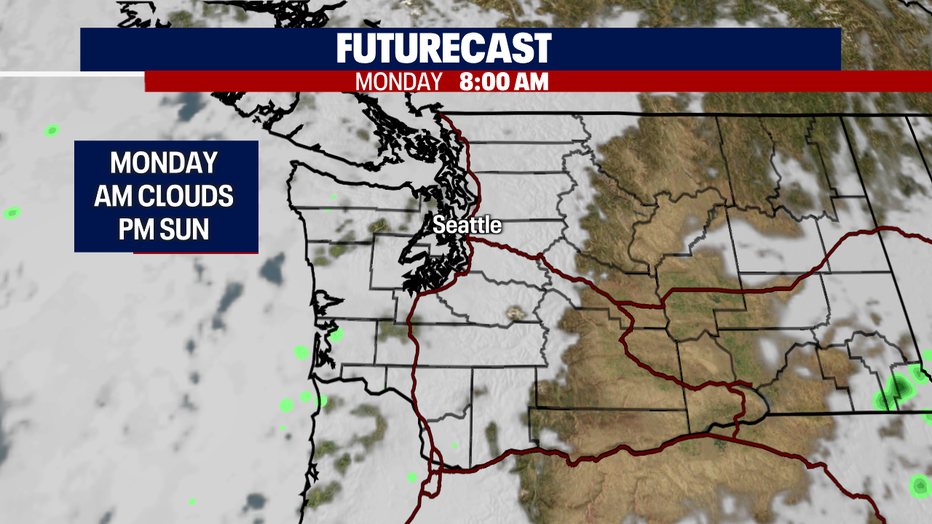 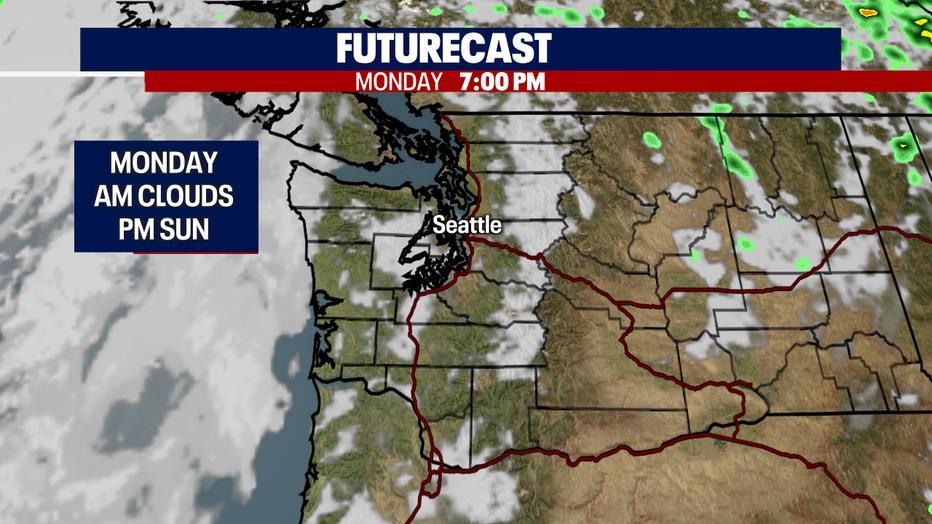 At this point it looks like we probably won't hit 75 before June 23rd and that will produce another record. As of now the latest day to land at 75 happened on June 23, 2010. 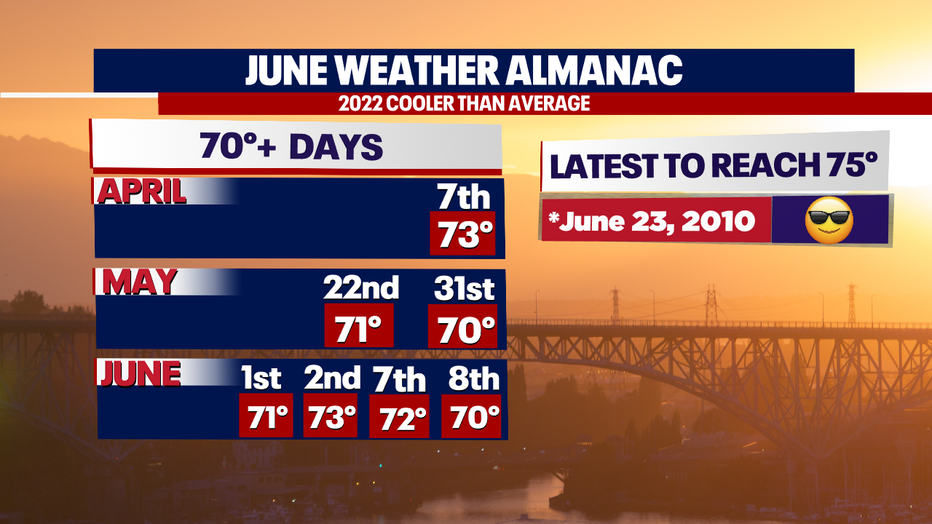 Have a great rest of the weekend all!  ~Erin Mayovsky, FOX 13 Forecaster 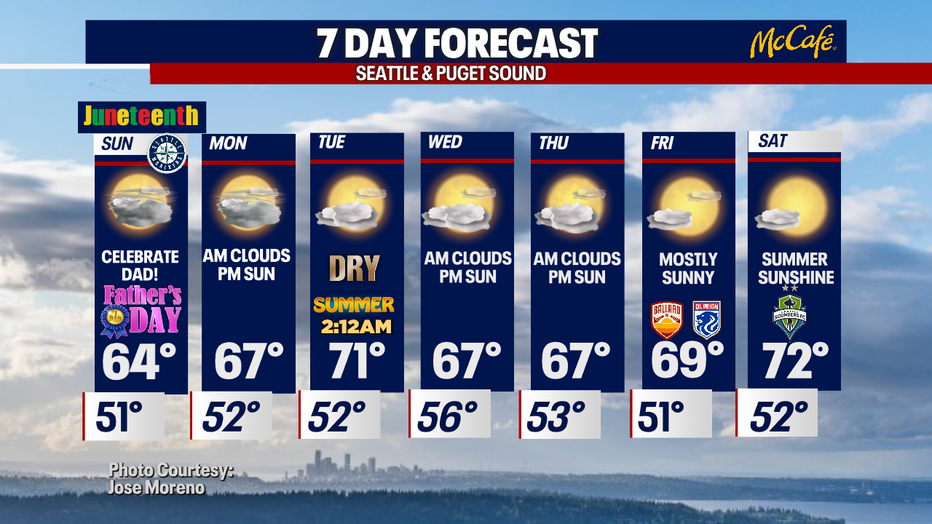 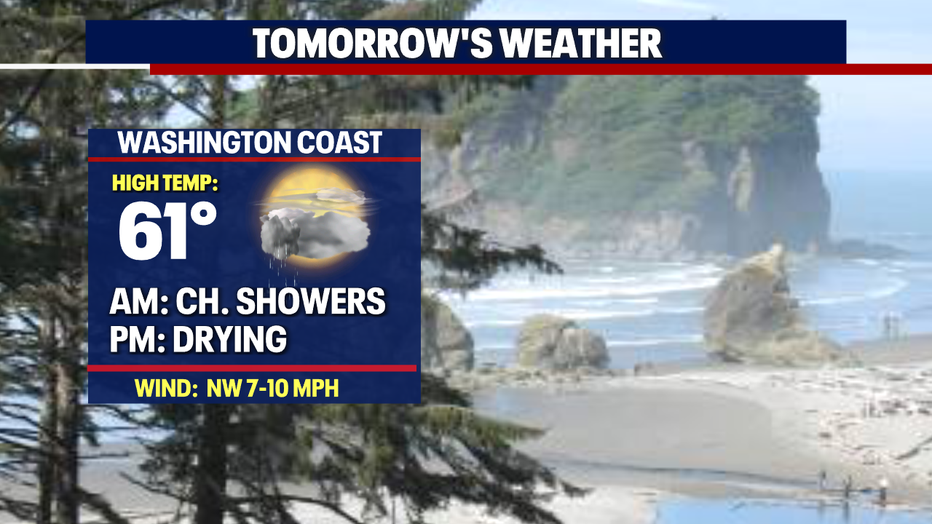 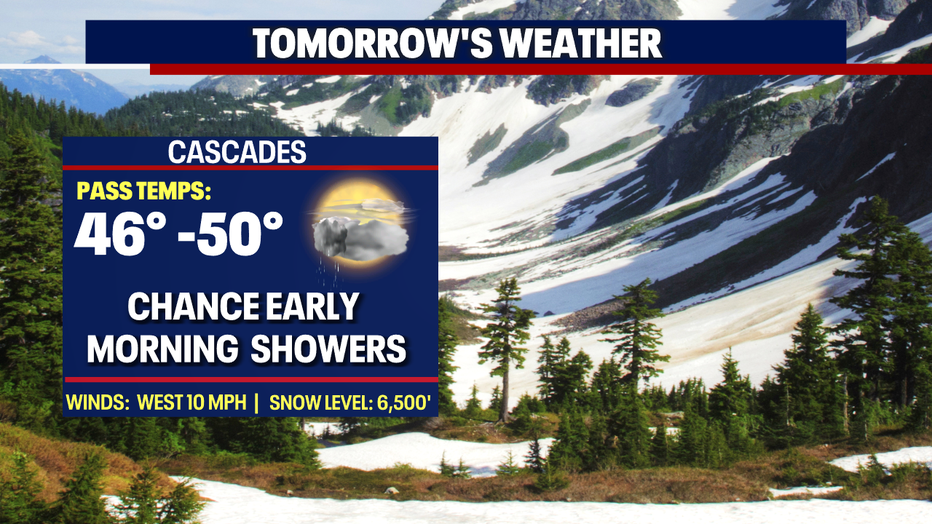 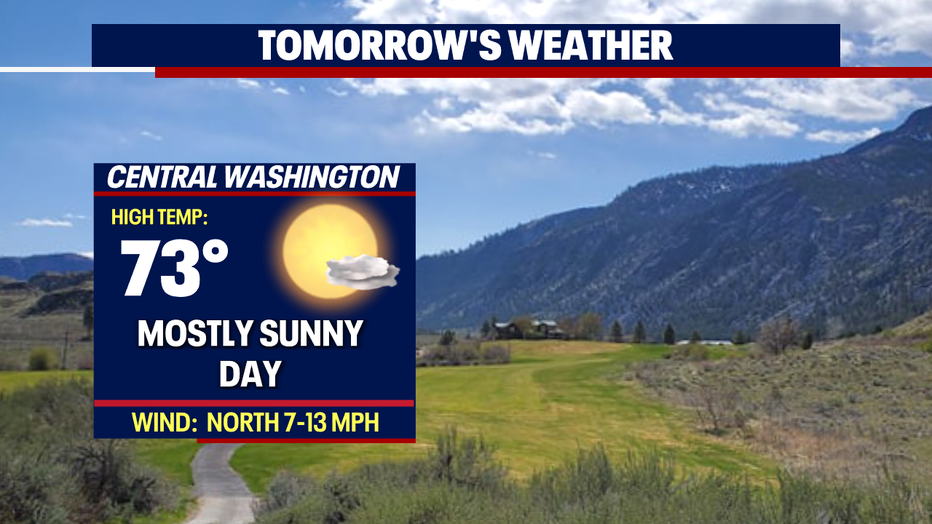