SEATTLE - We've got a split weekend ahead for us and the sooner the front moves through this morning-- the sooner we'll see drying weather for the first half of our weekend. Today the morning is the soggier portion of the day. Most of Puget Sound starting out in the 40s instead of the 30s. Highs will be a bit warmer than normal this afternoon. 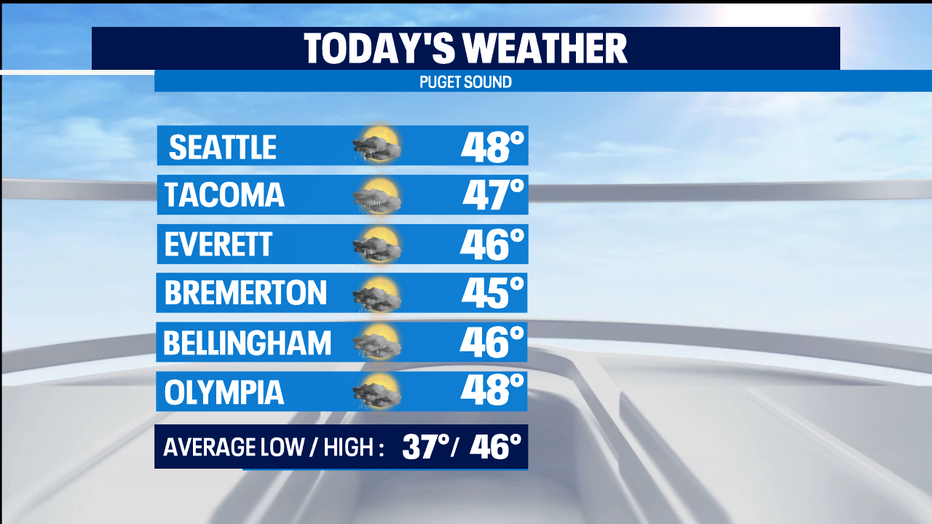 Places where skies clear out tonight could be frosty and foggy for Saturday morning, but the Seahawks playoff game on Saturday afternoon looks dry. Expect increasing clouds during the aftenoon, but rain holds off until well after dinnertime. 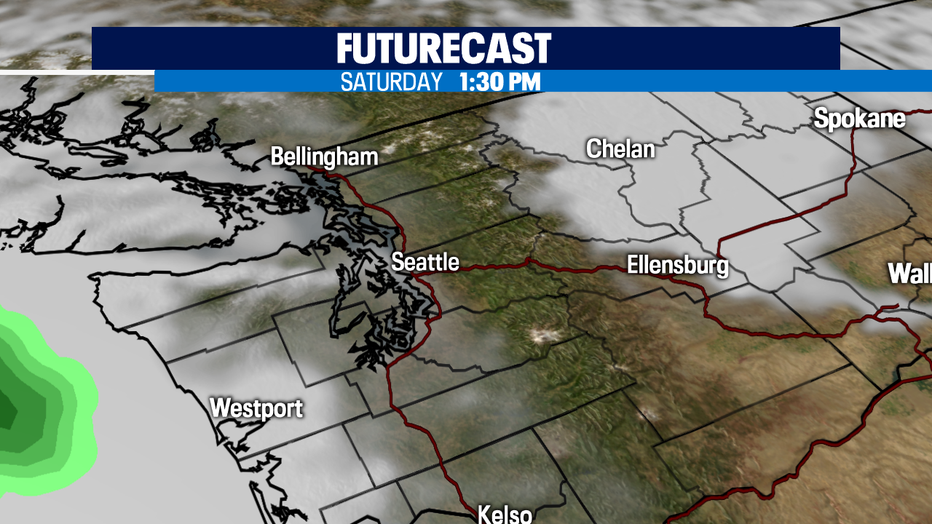 We'll get soggy again Saturday night into Sunday. But, the rainfall amounts wont be nearly as impressive as other storms we've seen soak us so far this month. The today and Sunday's storms actually are taking aim towards BC-- and we just see the rain from the trailing front. 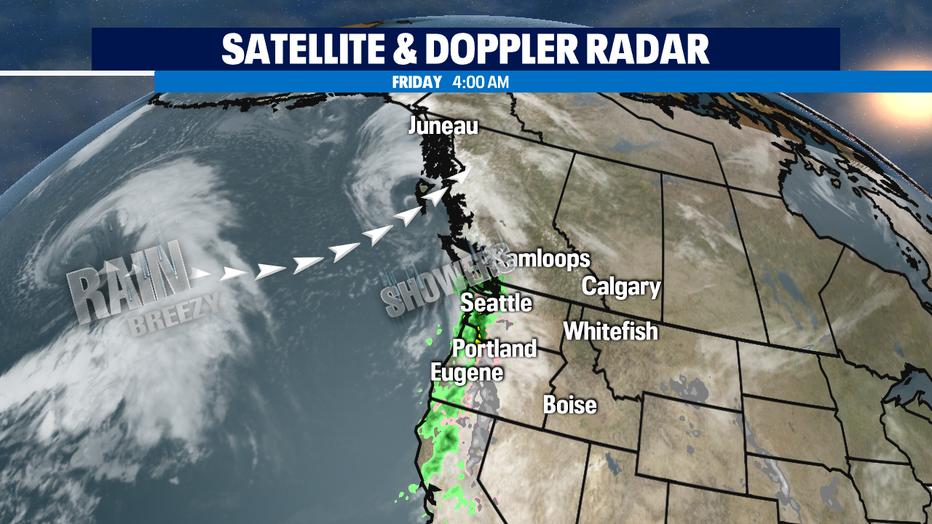 Tuesday's storm looks like it could be a real lowland soaker with a lot of mountain snow too. Timing wise a bit too soon to tell. So, make sure to stay tuned for a possible impactful weather day. 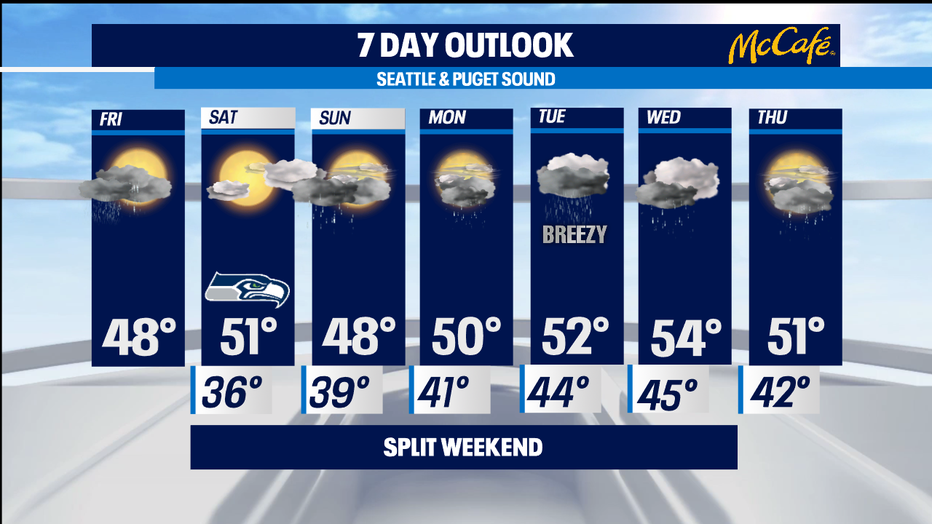 Most of next week sees a bit of rain every day. Temperatures for the lowlands look a bit warmer than seasonal norms. Near 40 for the mornings, close to or above 50 for afternoon highs. -Tim Joyce