SEATTLE - After a wild weather day for our Solstice, things are calming down, but it's worth it to look at some impressive numbers from our stormy Monday.

SeaTac set a record high temperature of almost 60 degrees! Normal high for this part of December is only the mid 40s. Many areas saw more than two inches of rain and then several lowland locations got up to three inches of snow! Certainly our wildest weather day we've seen so far in a long while. 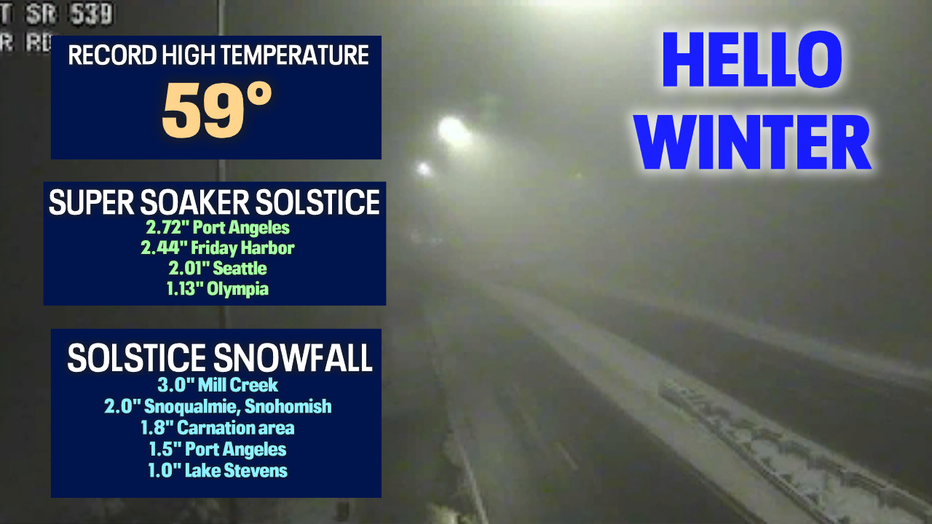 We are drying out, but not warming up too much at all today. A few sprinkles this morning are lingering, but most of us see a nice amount of December sunshine. High temperatures about 15 degrees colder than yesterday, but mid 40s is normal for this part of the early winter around Western Washington. 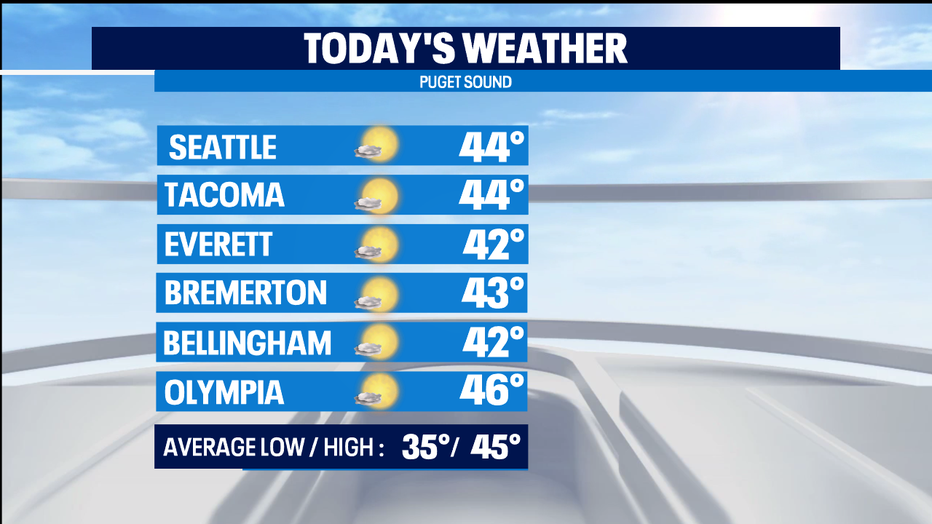 If you like this dry but chilly weather -- you're in luck. We'll see high pressure offshore developing and holding off the incoming precipitation until we get to Thursday night. I think we'll see south winds during the day on Thursday that will help keep our temps above freezing on Christmas Eve. But, some lowland areas could see a rain/snow mix before it changes over to all rain on Christmas. Foothills and mountains see plenty of snow though. 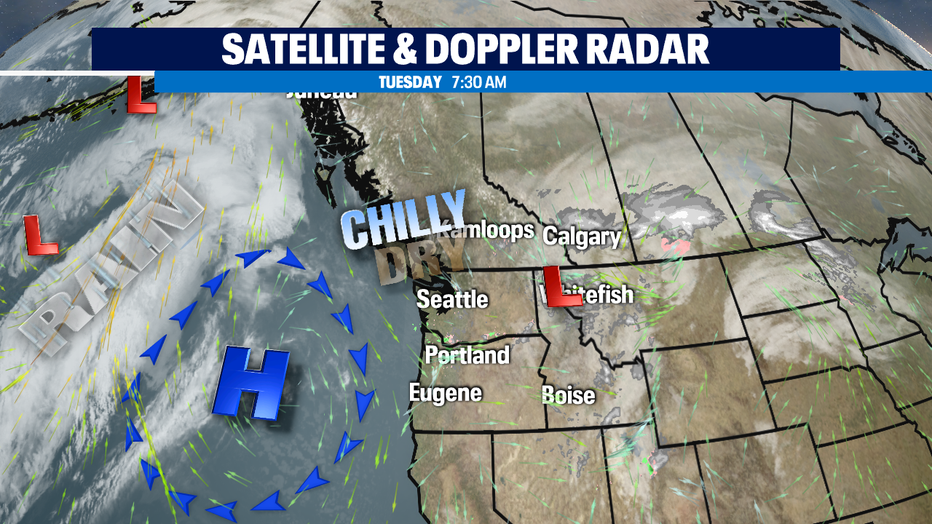 The weekend will be wetter but warmer. Soggy on Saturday with showers on Sunday. 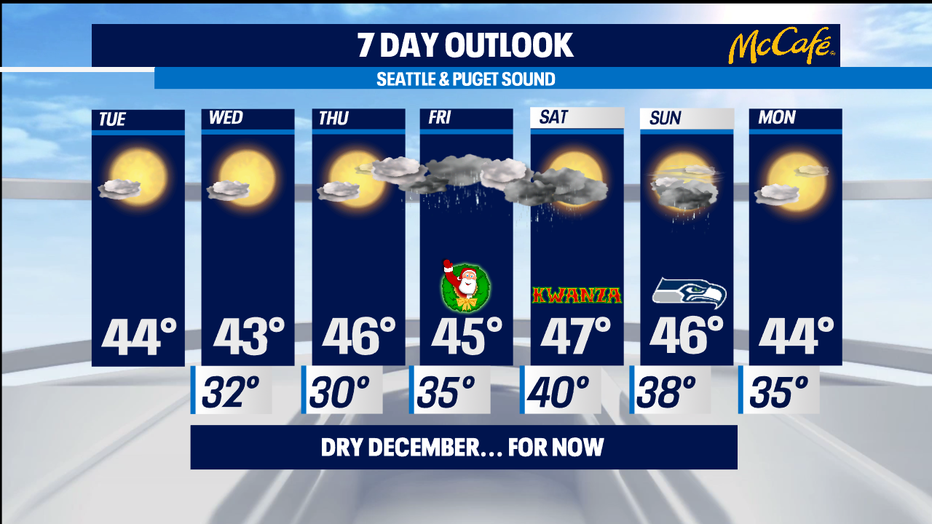 Expect to see overnight lows near 40 instead of near 30. But the Seahawks game could end being pretty dry with most of the shower exiting by late morning. -Tim Joyce