SEATTLE - After a few isolated showers this morning skies cleared out some for a partly sunny to mostly cloudy day. 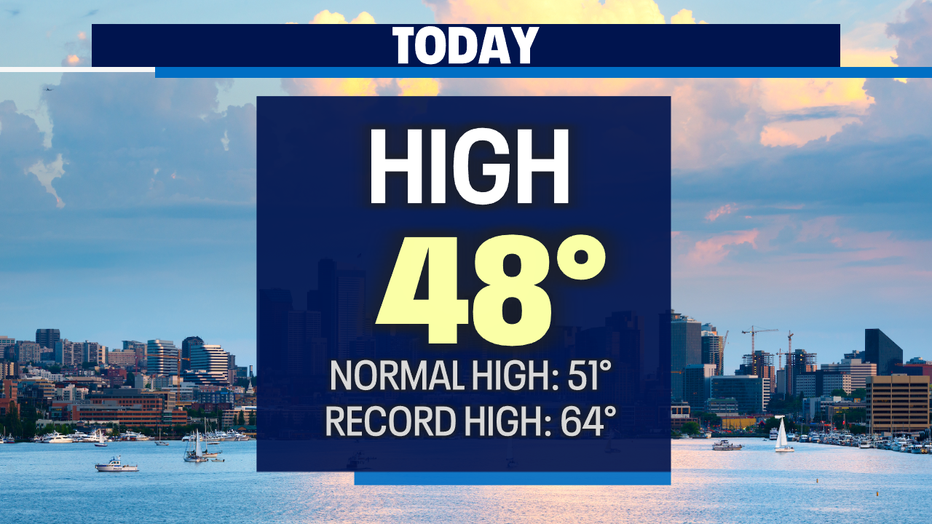 Temperatures overnight will drop well below average into the chilly zone.  We expect low to mid 30s.  Normal for this time of year is 40 for the metro area. 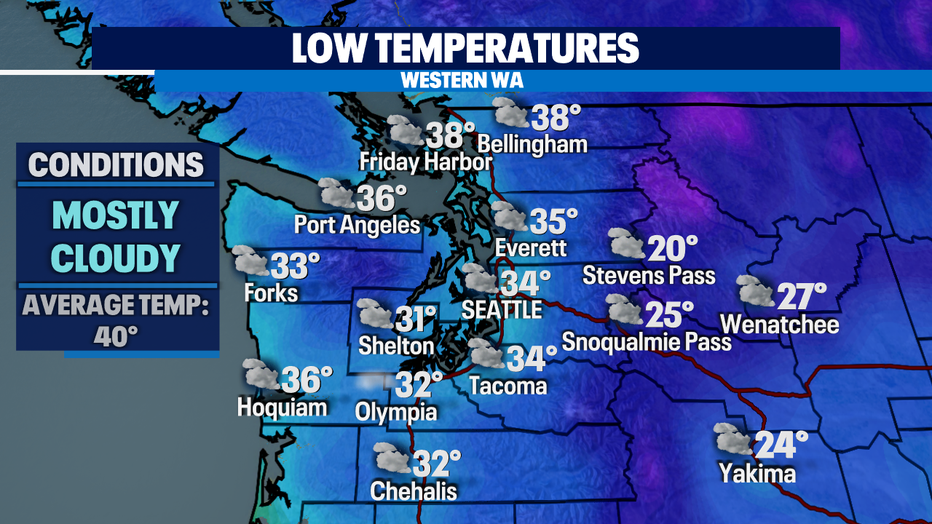 As high pressure continues to build into the region conditions will be dry through the first part Monday before the next front arrives. 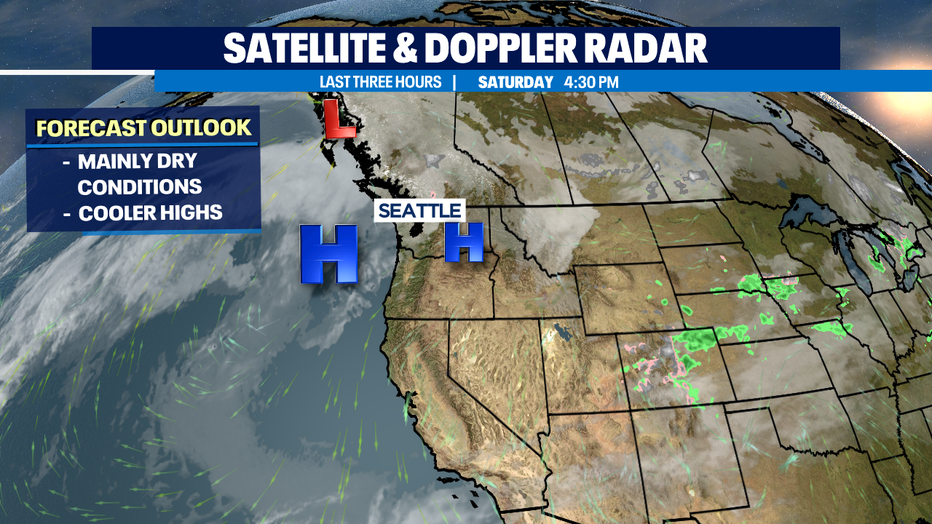 Sunday skies look mostly cloudy with highs in the upper 40s again.  Make sure to grab a warm jacket if you're planning on pre-game tailgating for the Seahawks/Cardinals game as temperatures for the early stadium goers will only be in the upper 30s.  The Hawks kick off from Lumen Field is set for 1:25pm. 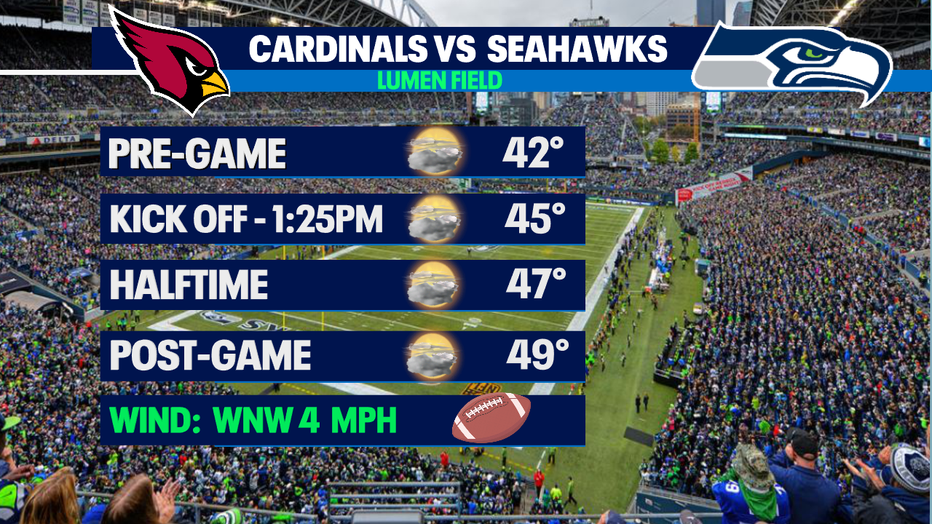 Showers will pick up Monday afternoon and linger into Tuesday.   Winds may become a little breezy at times too.  Highs remain slightly cooler than average, hanging in the upper 40s. 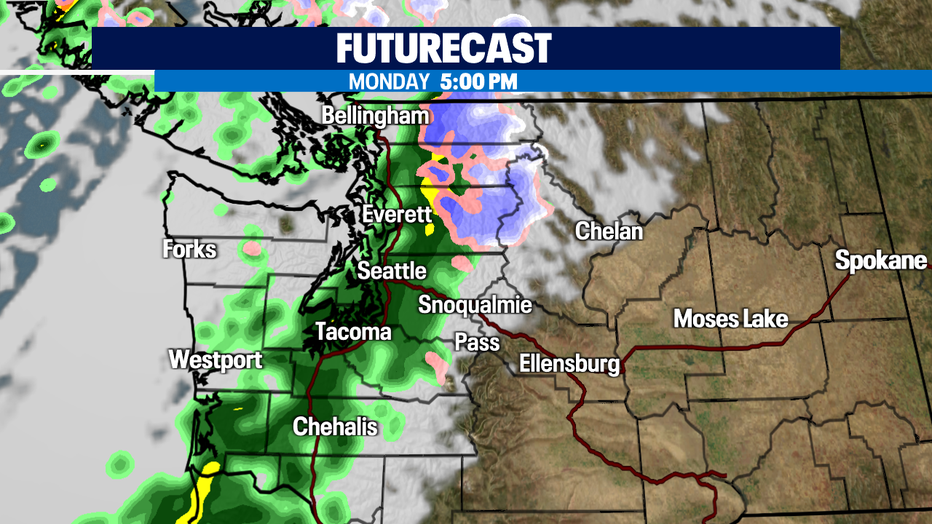 This system will also bring snow to the mountains at pass level with accumulations up to 2-4". This will impact holiday travel over the Cascades so plan on allowing extra time when driving to the mountains. 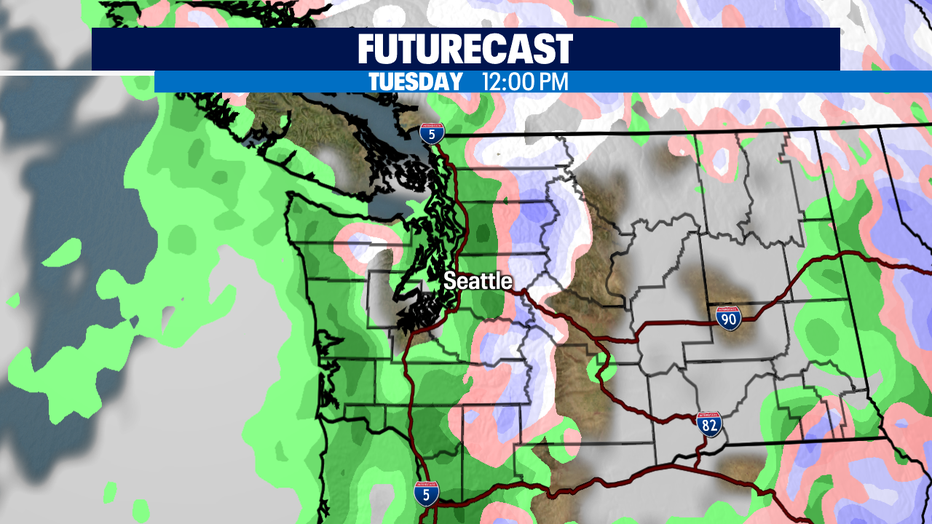 Rain and mountain snow will taper off late Tuesday with dry weather to follow through Wednesday.

A chance of showers will return later Wednesday as a weaker system starting at the coast first before a potentially stronger system moves through late Wednesday into Thanksgiving.  Winds will be breezy at times with some showers into Friday.  Highs will jump back up into the low 50s.

And an early look at your Apple Cup forecast for Friday night at Husky Stadium features a chance of showers with breezy winds. 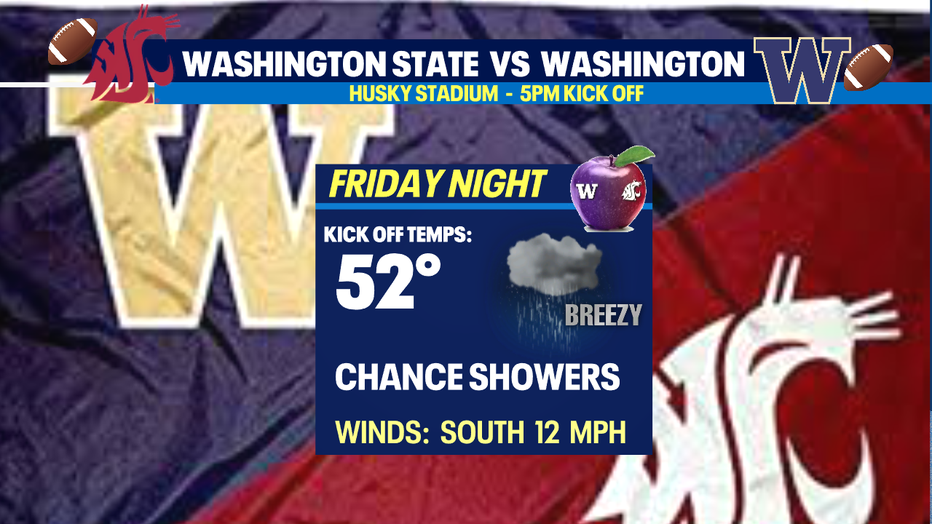 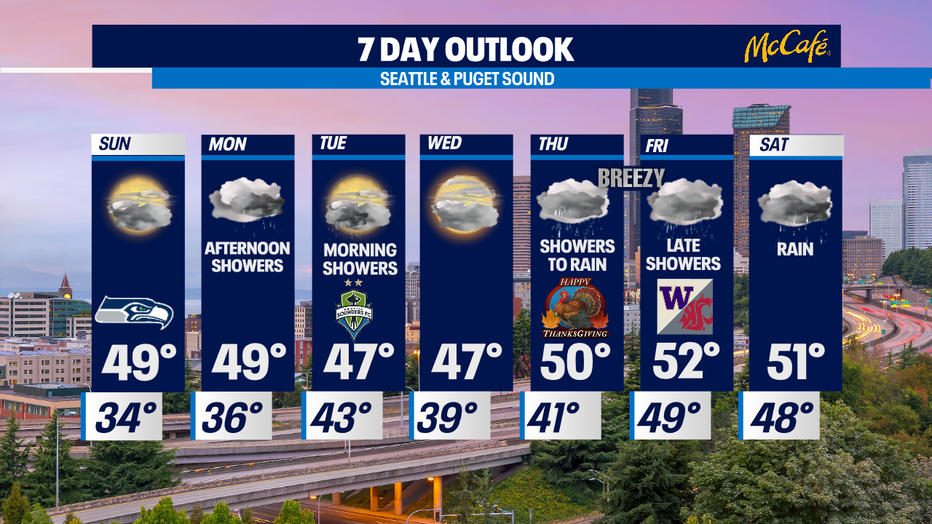 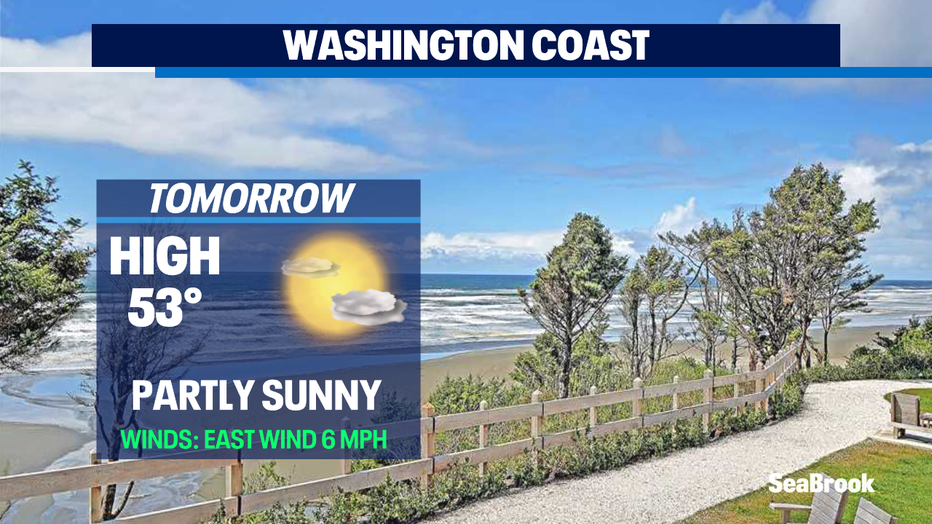 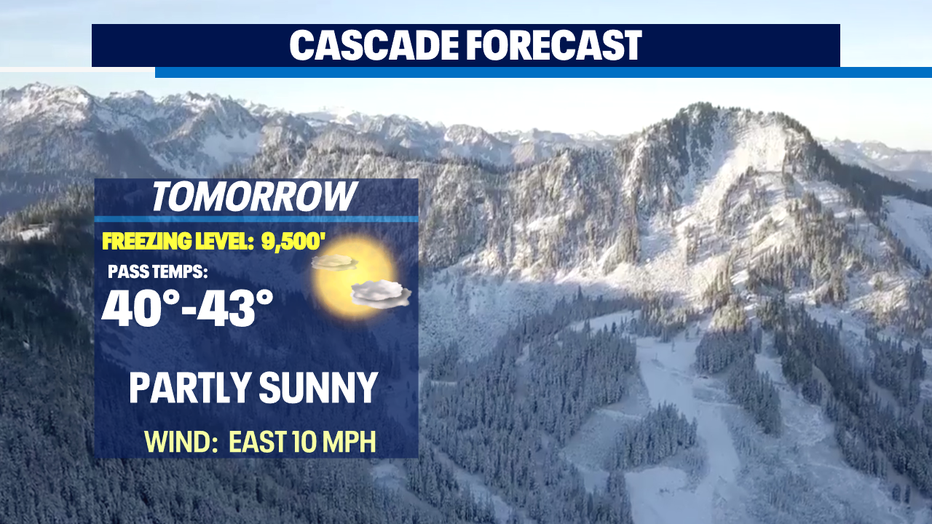 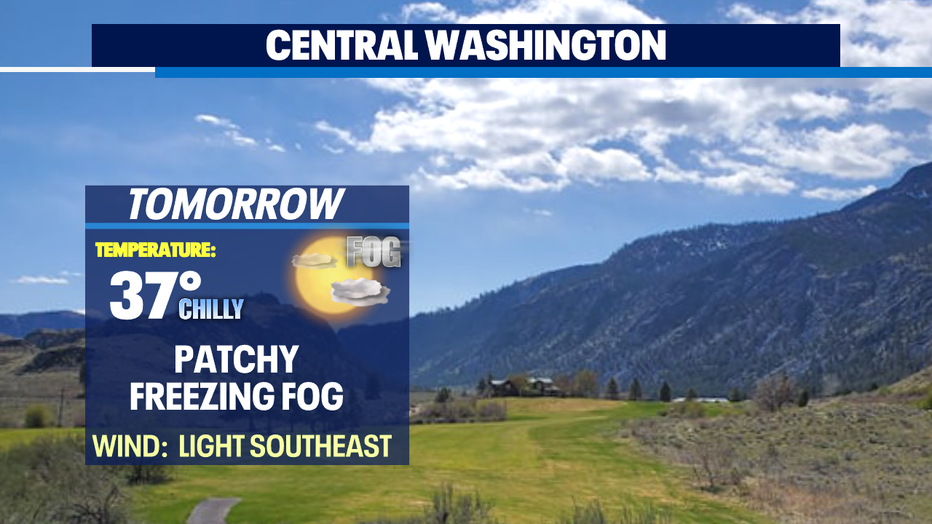