Other than a potential for fog in the south Puget Sound area, Thursday looks spectacular with mostly sunny skies.

Seattle - It’s another chilly, but dry start to the day in western Washington. Other than a few spots of patchy morning fog, today will be mostly sunny. A cold air mass is still in place so even with the sun, it’s still going to be cool, with highs in the mid to upper 50s. 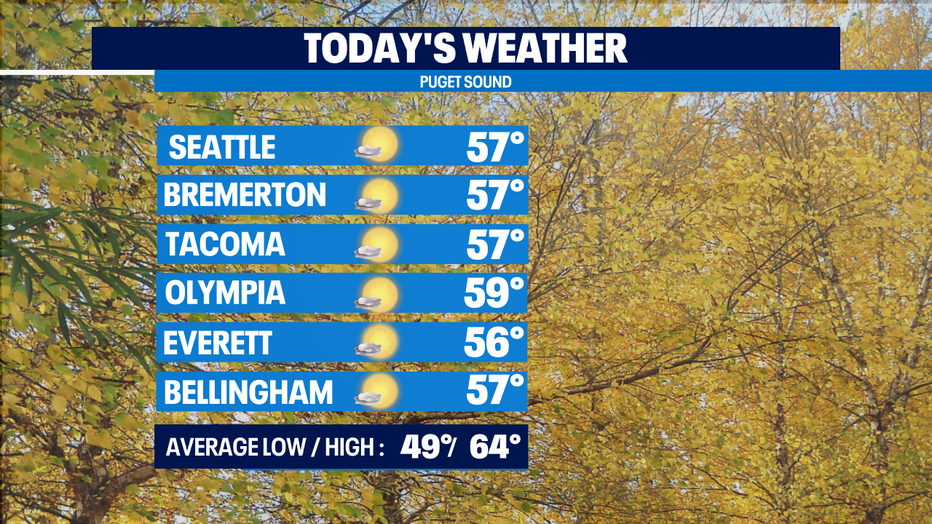 The Seahawks play tonight at Lumen field and it will be a cool, but dry night against the Rams. Clouds will start rolling in after the sun goes down, with temps dropping to the low 50s by the end of the game. If you can't make it to the game, we've got you covered on FOX 13 starting at 3:00 PM. 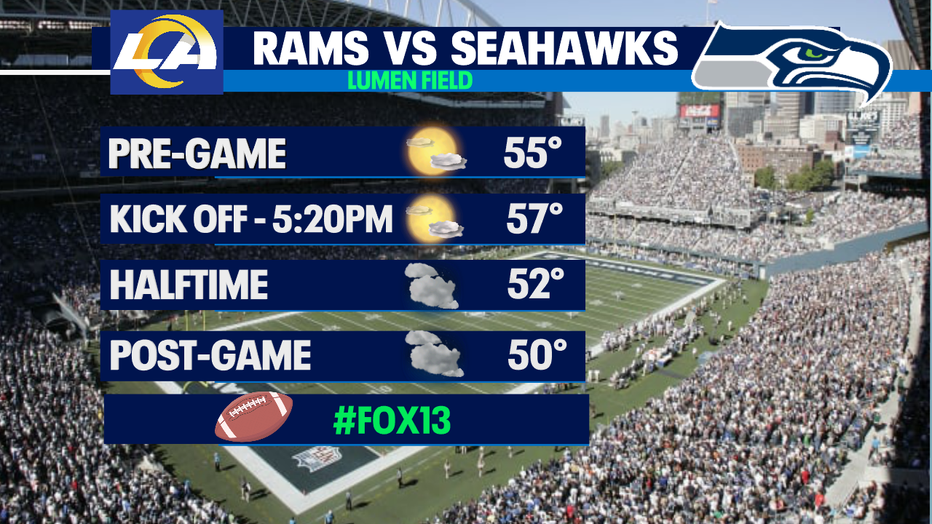 A weak system will break apart on Friday as it makes landfall, only bringing a few showers to the Oregon Coast. The Puget Sound area will remain mainly dry and cloudy.

The forecast has improved for the first half of the weekend. Saturday will be dry, but mostly cloudy from start to finish. The next wet system hits on Sunday, bringing breezy wind at times, with some leftover showers on Monday. Lowering snow levels on Sunday could bring a dusting of snow to the Cascades. 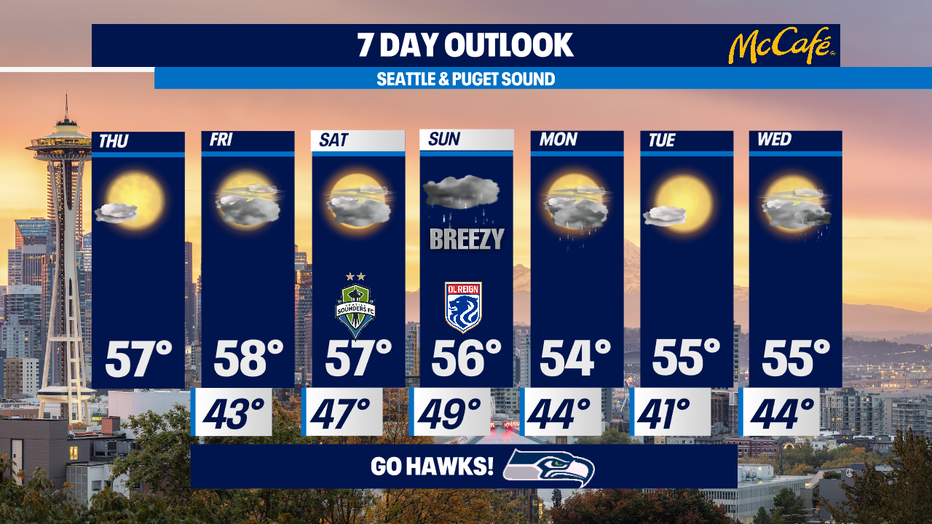 It's a "Waggin' Tail" kind of day when you take your pets out for a walk. Enjoy these mostly sunny skies! 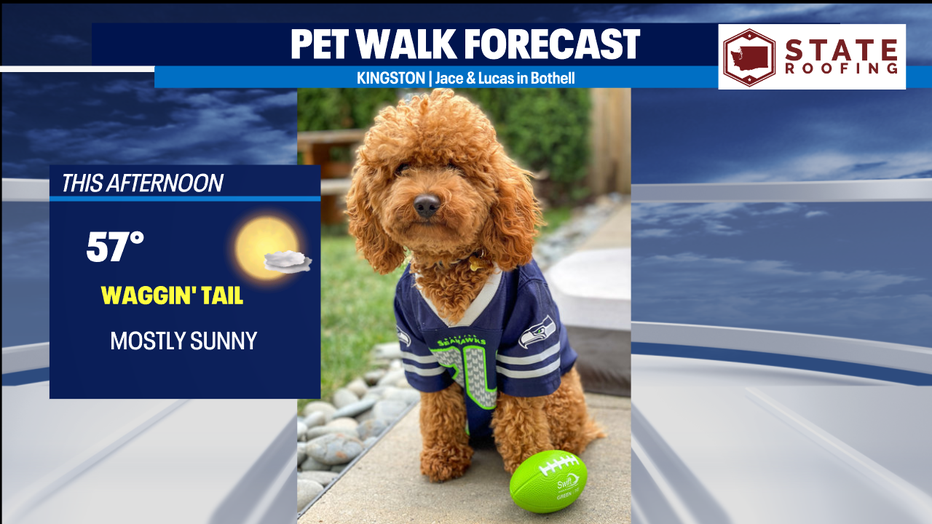