Fog clearing, then rain and wind moves back in

SEATTLE - Dense Fog Advisory has expired at 10am. There are still areas of patchy fog but visibility has drastically improved from earlier this morning. Weak ridging will keep us dry and mostly sunny. Highs will be near 49 degrees. 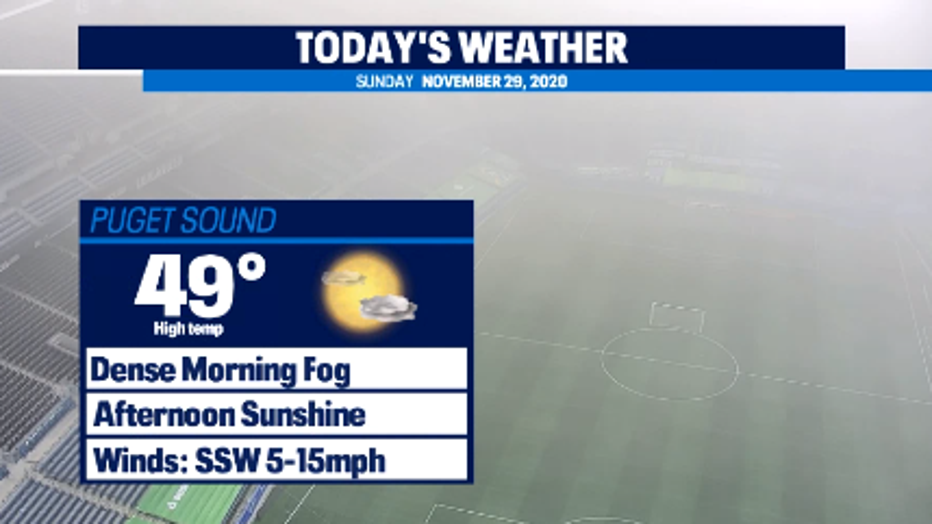 Our next system arrives late tonight bringing lowland rain, strong winds, and mountain snow A Wind Advisory is in effect from 5pm today through 10am Monday for the north and central coast. SW winds of 25-35mph and gusts as high as 50mph are expected for San Juan County, Western Whatcom County, and Western Skagit County. Downed tree limbs and a few power outages are possible. 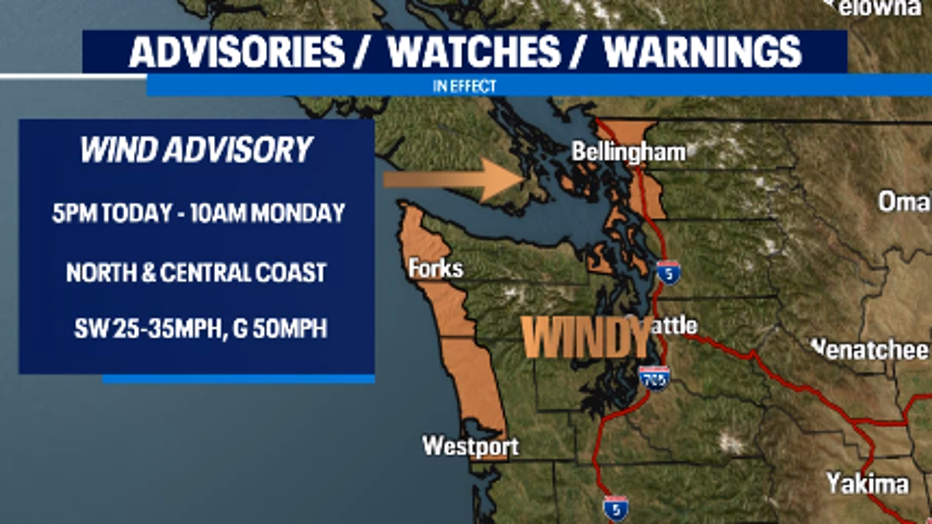 Let's time out the rain! A warm front will brush the NW peninsula today. Heavier precipitation will arrive with the trailing cold front that will bring rain and windy conditions late tonight for the coast and peninsula. Rain will spread inland into the Sound overnight. Expect scattered showers and mountain snow for the morning commute. As the system pushes east, we'll dry out during the second half of the day. Highs will be near 50. 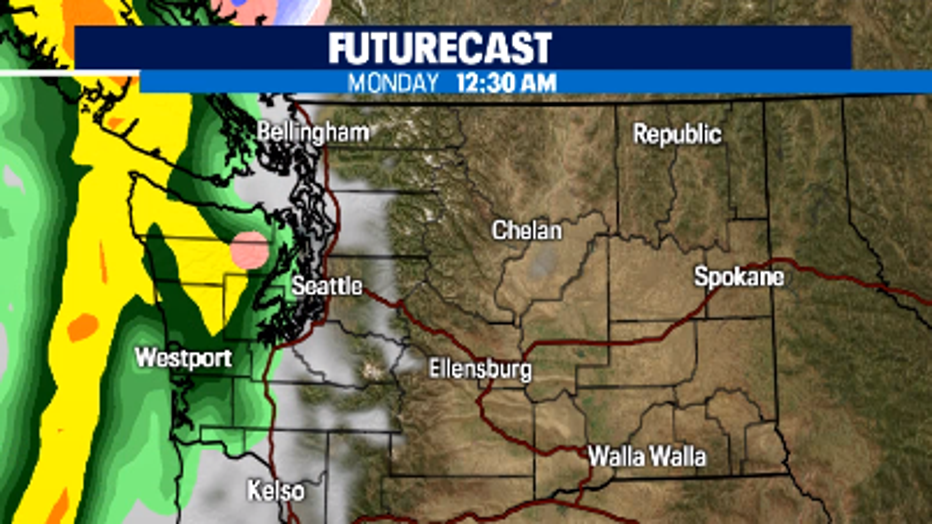 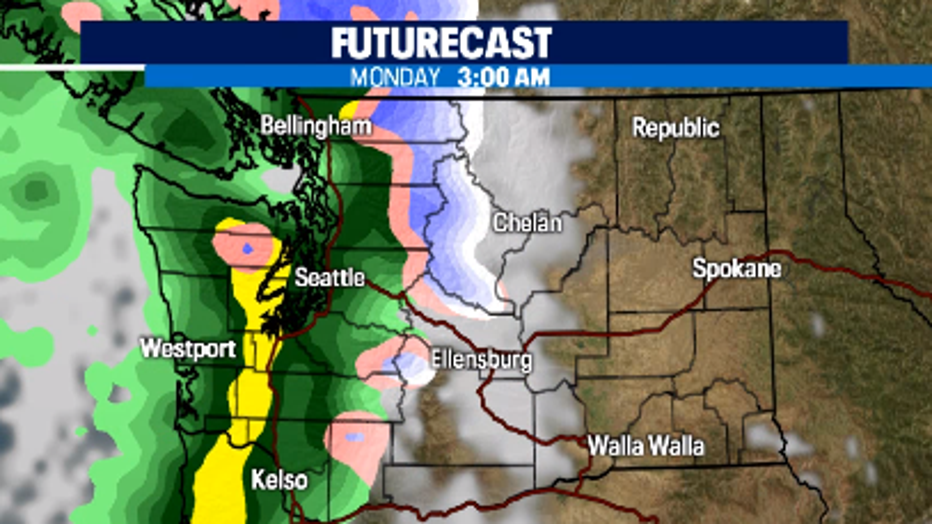 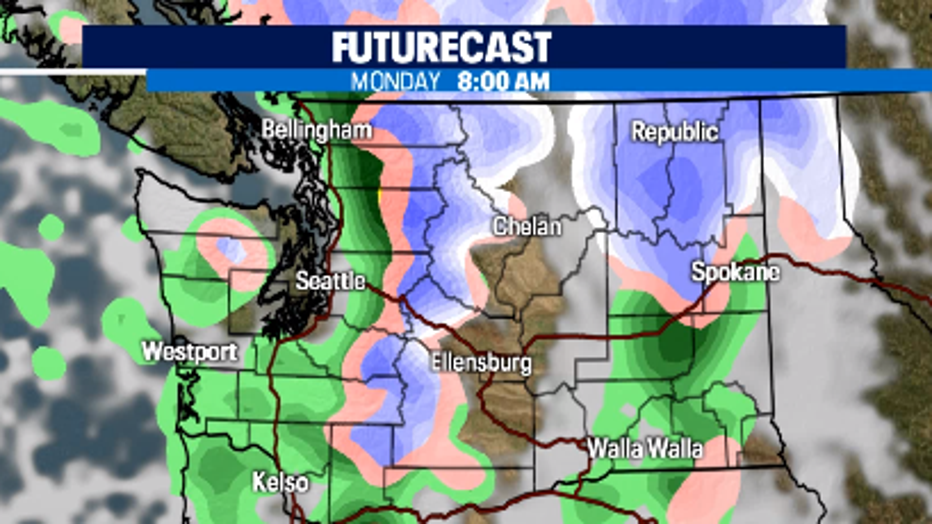 Rainfall totals will be around a quarter to half and inch in most spots. The coast could see just under an inch. Snow levels will rise tonight to 6,000 feet due to the warm front, but behind the cold front, it will drop below pass level and we could see accumulations of 2-6" of snow at Snoqualmie and around 10" at Stevens Pass. 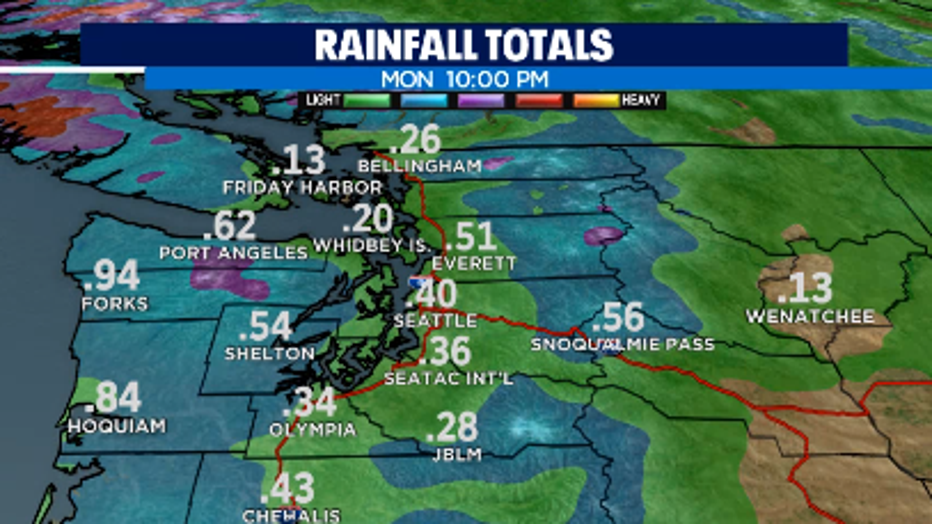 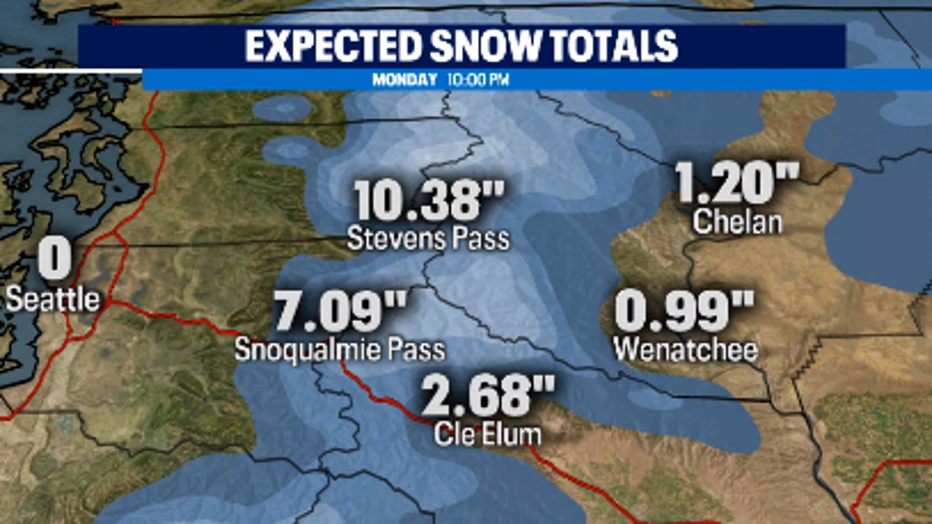 A strong ridge will bring sunny days for the first week of December! Highs will be near the norm in the upper 40s and chilly overnight lows in the mid 30s. 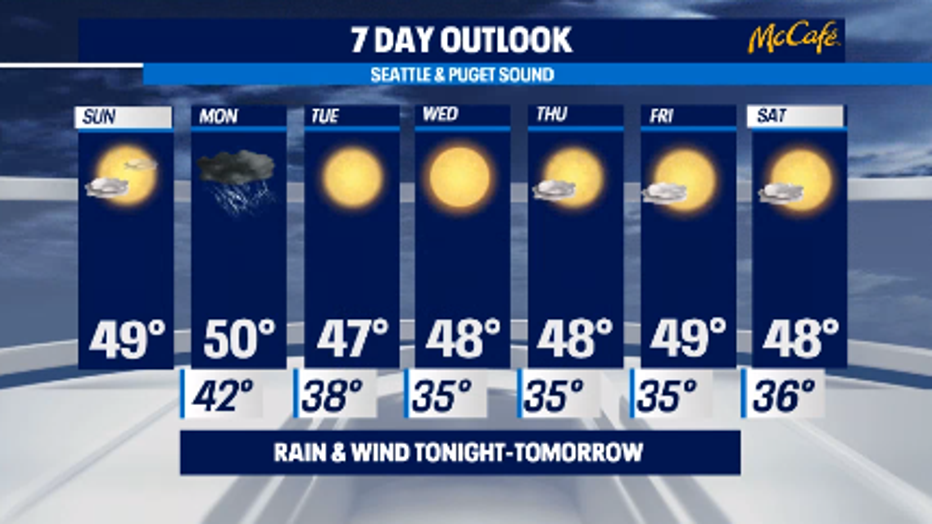