We're looking a little drier than normal for the first half of the month.

SEATTLE - We've made it to the last month of this very wacky year!

Mother Nature is now flipping the weather script as we turn the calendar page to December. Our wetter and somewhat warm-ish November weather pattern in Western Washington is being replaced by a cold and dry regime that will last for awhile.

With the clear skies, what we'll all really notice in December are our very short days. There are three days (from the 20th to the 23rd) that are all almost exactly the same length - give or take 30-40 seconds. This is when the Earth reaches its maximum tilt of 23.5 degrees and the Northern Hemisphere sees the longest nights and shortest days. 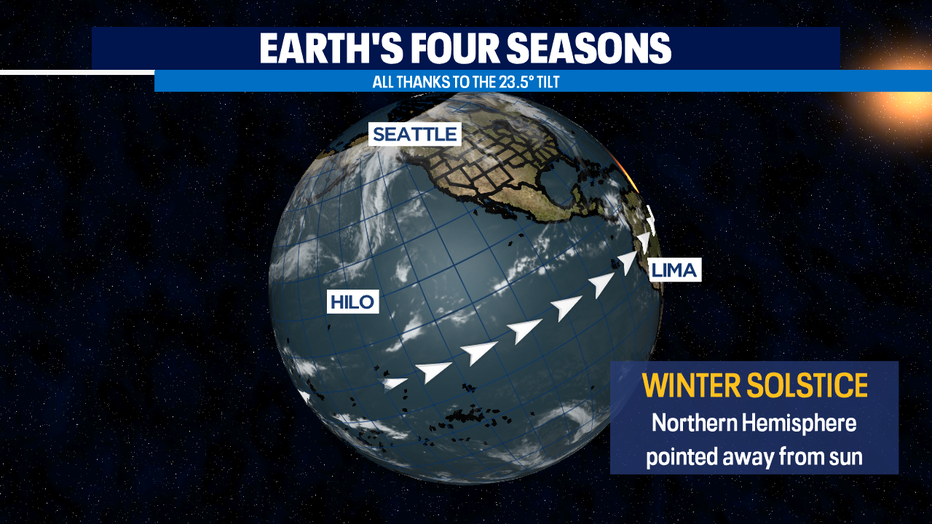 The day is longer the farther south you are and and shorter the farthest north. No matter where you are in the Northern Hemisphere, to us on the ground it appears the sun arcs in the almost the same low spot in the southern sky. That's why solstice means "sun standing" in Latin. It's after winter solstice our days will slowly start getting longer again. 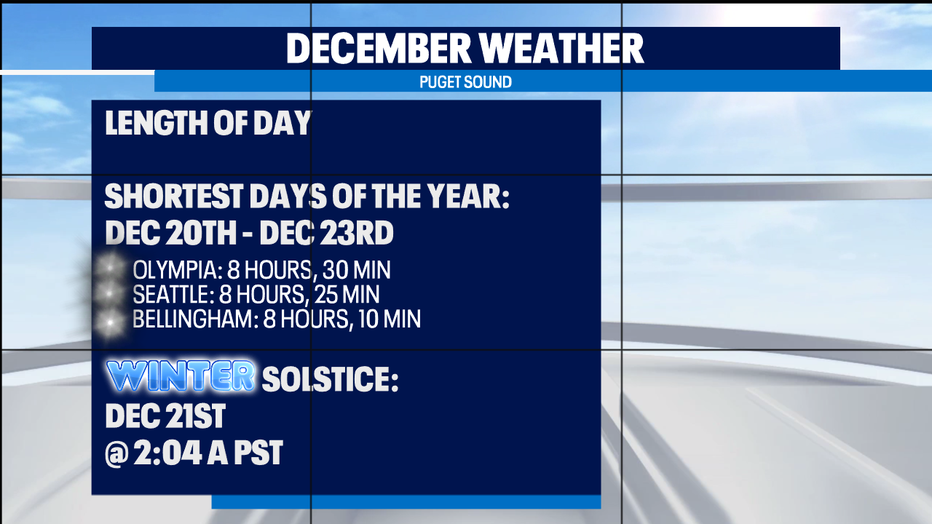 The shorter the day, the less energy from the sun, and as a result we start seeing colder afternoons with highs only getting into the 40s. You really notice the chill in the mornings though. We have our coldest average low of 35 degrees for much of the middle of the month. Our coldest ever morning in December was only in the single digits back in 1968. January has more mornings with record lows in the single digits and our all-time record low of 0 degrees happened in January. 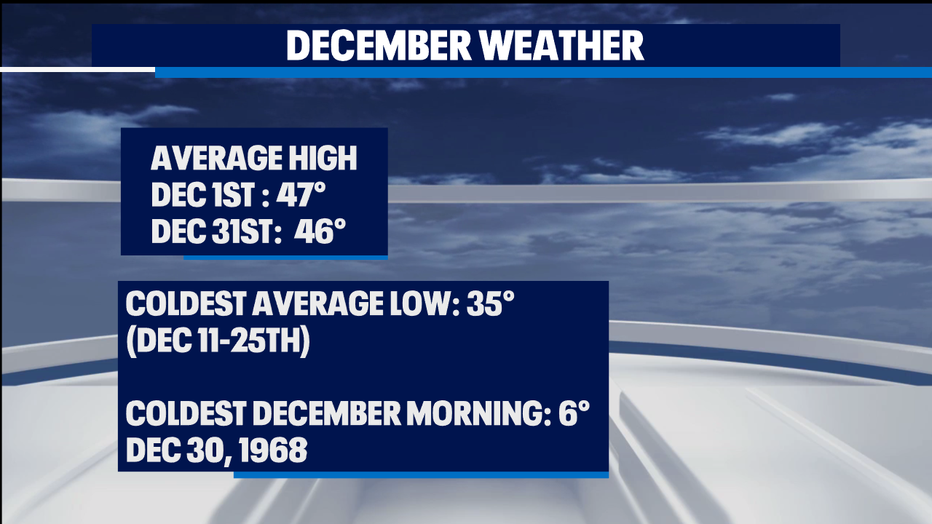 We're soggy in December too. It's our third wettest month behind November and January. Our wettest December ever had more than a foot of rain - our driest only an inch. 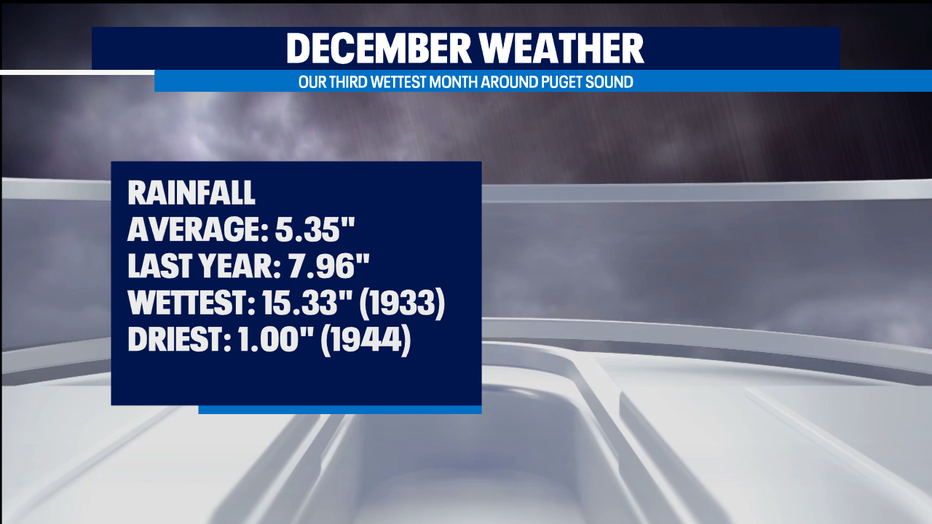 This year it looks like we're going to be dry for an extended period of time to kick off December. The ridge/trough pattern that's set up in the last few days looks to hold on for the next week at least. While we're under the ridge, incoming weather systems just fizzle out before they reach us - or are pushed north or south of us. 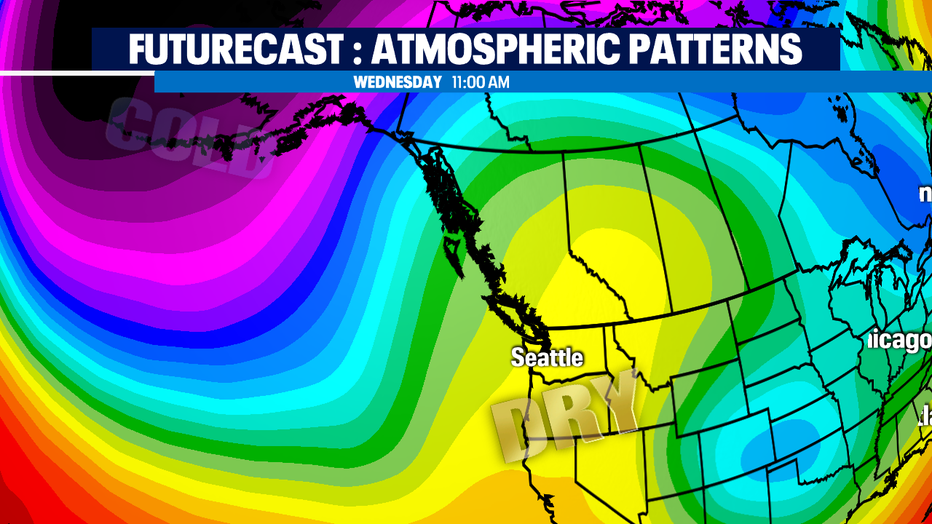 Our coldest weather and stormiest weather nearby looks to stay over the northern Pacific and Bering Sea for quite a few days. That will mean a chilly and dry pattern will prevail and a bit less than expected rainfall for this time of year. 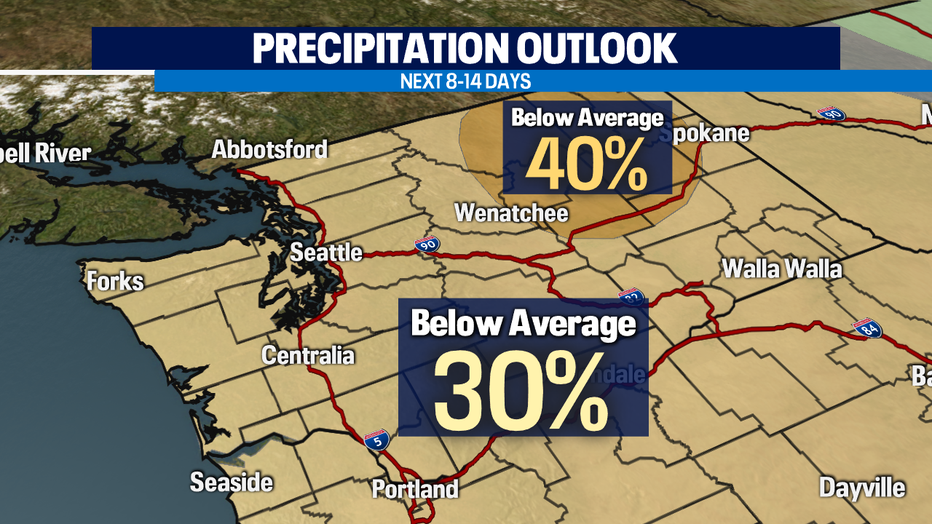 If that off-shore pocket of air shifts over us, it'd be the coldest weather so far this season. And it still could be what's in store for the second half of the month -- a bit too soon to tell. -Tim Joyce