SEATTLE - A few showers this morning, but we're drying things out for a little bit here around Western Washington.

Our mostly cloudy skies could have a few breaks of sun this afternoon. The exception could end up being King County as W/NW winds going around the Olympics could trigger a dose of some convergence zone rain during the evening commute.

High temps will be in the upper 40s for late this morning but expect chillier temps by this afternoon. 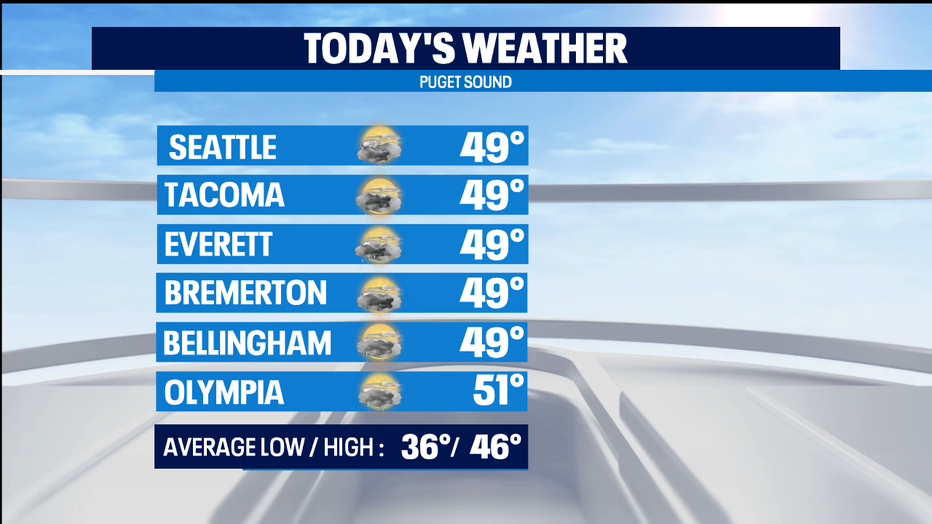 Just off-shore we've got a dip in the jet stream called a trough. And with the front that passed yesterday, we're now on the cool side of the jet stream. We'll see things cooling down this week down towards seasonal norms which is the mid 40s -- something we've yet to see this month. That cooler weather will also mean colder and some frosty mornings and lower snow levels when precipitation comes back to our region late Thursday and over the weekend. 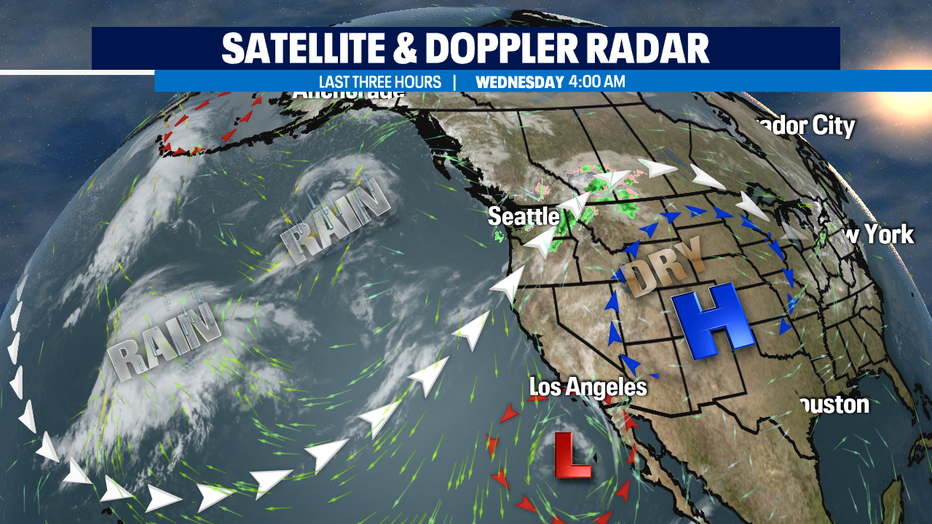 All of our mountain passes see some snow Thursday into all day Friday. I anticipate some accumulation and wouldn't be surprised if the Nat'l Weather Service issues at least a Winter Weather Advisory. Here's the tricky part of the forecast: we'll be drying out as we really cool down Friday night into Saturday. So lingering AM showers could see some fat snowflakes mixed in. It's our lowest snow levels of the season so far, but I don't expect much to stick unless you're above 1,500 feet in elevation. 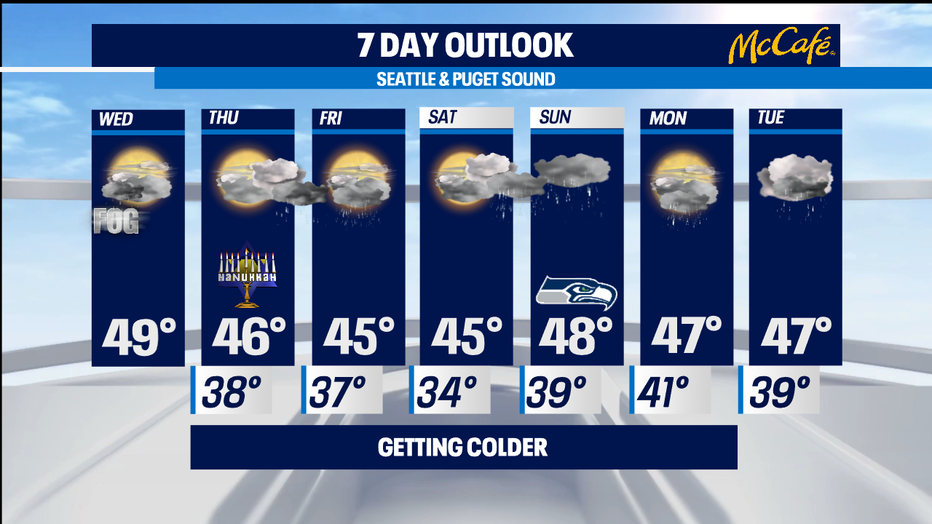 As the next weather system moves in Saturday evening, it will actually warm us up to well above freezing. So, mountain resorts and passes get lots of fresh powder, but for the lowlands it's just a good soaking for the Seahawks games and any of your Sunday plans. - Tim Joyce