An Avalanche Warning is in effect for the Cascades until 6pm today due to heavy snow, strong winds, and warming temperatures.

seattle - An atmospheric river is bringing rain in the lowlands and mountain snow.

An Avalanche Warning is in effect for the Cascades until 6pm today due to heavy snow, strong winds, and warming temperatures. Expect very dangerous avalanche conditions, even for low elevations which includes Stevens and Snoqualmie Passes. Try to avoid travel in avalanche terrain. Snow levels will climb to 4,000' this afternoon. 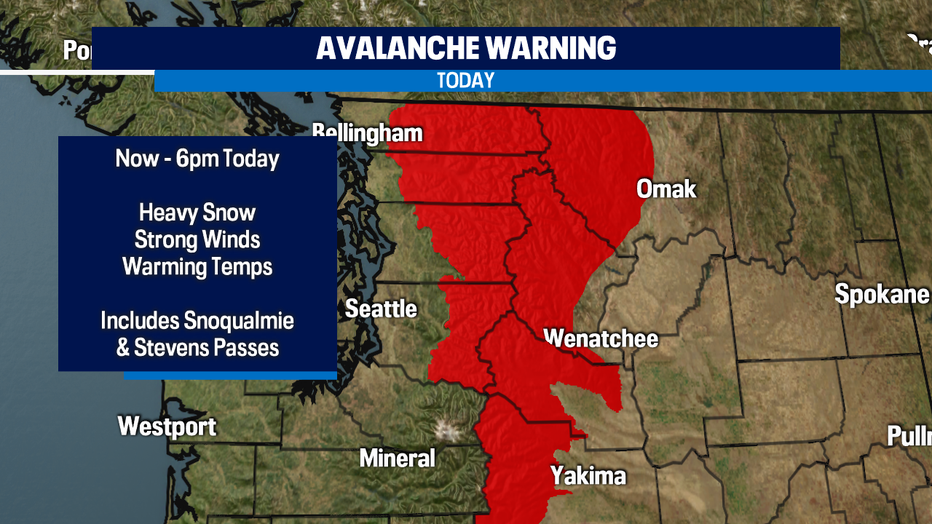 In the lowlands a very pronounced rain shadow is keeping portions of Puget Sound dry in parts of Snohomish, King, Pierce and Kitsap counties and rain totals through Monday look to be about a quarter of an inch. But areas around the rainshadow, especially the coast and the peninsula will see significant rain totals of 2-3". Due to periods of heavy rain, the Skokomish River in Mason County could reach flood stage tonight. The Grays River in Pacific County could reach flood stage tomorrow. 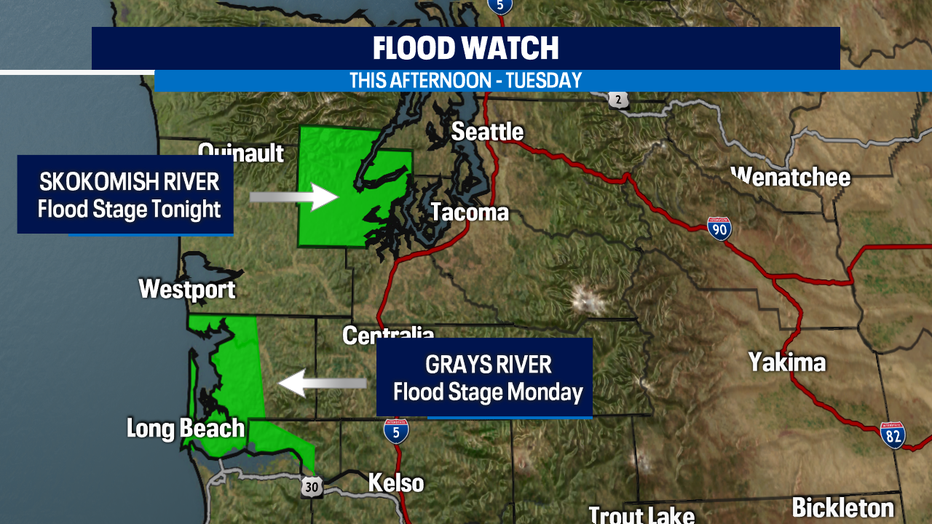 Winds will remain breezy throughout the day but will really pick up tonight and Monday morning with gusts as high as 30-40mph. Winds will relax by the afternoon. Rain chances will also begin to taper off during the second half of Monday, but the mountains will get hit with heavy snow. A Winter Storm Watch will go into effect Monday afternoon through Tuesday night above 2,000' where snow accumulations can range from 12"-24"! 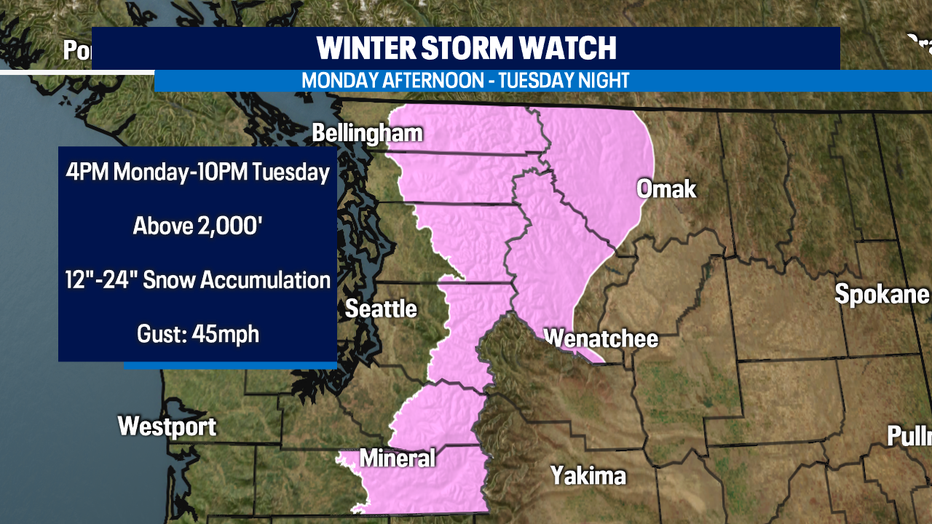 Tuesday calls for scattered rain and a ridge will finally bring dry conditions by Wednesday. It will be a brief break because additional systems will bring rain by Wednesday afternoon. Rain will be likely Thursday and activity looks more scattere in nature Friday and Saturday. Overall, high temps will be around average in the upper 40s and lower 50s. 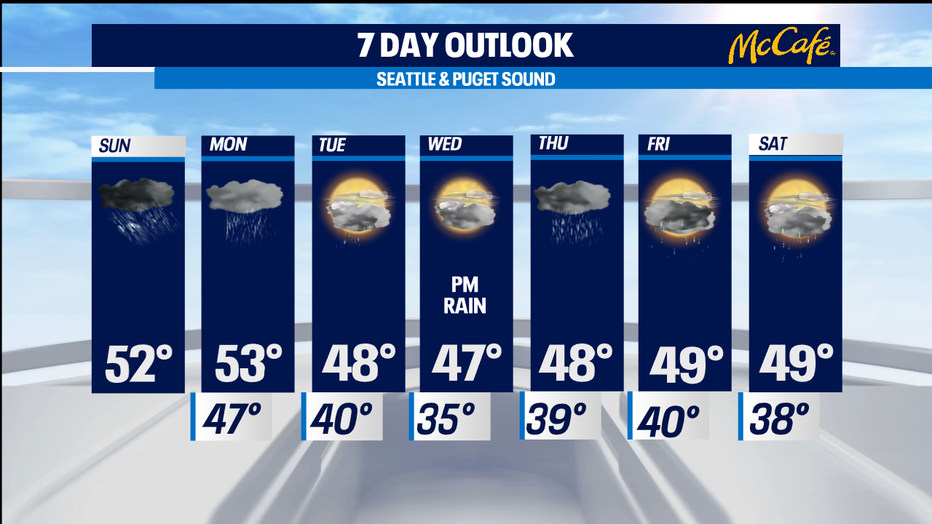