Cooling off this weekend and back up to mid 70s late next week.

Highs warming Thursday into the upper 70s just a degree over our average seasonal high of 77. 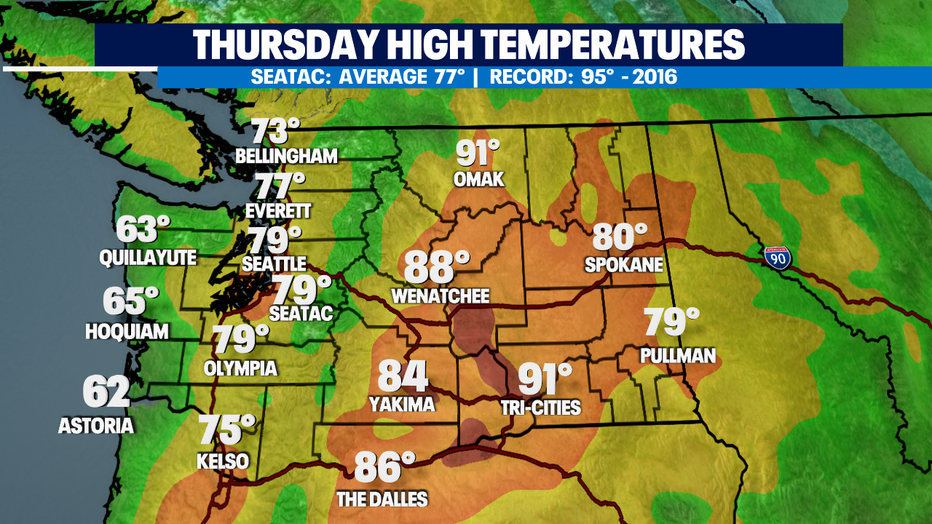 Overnight clouds will increase, and temperatures will fall off into the low to mid 50s. 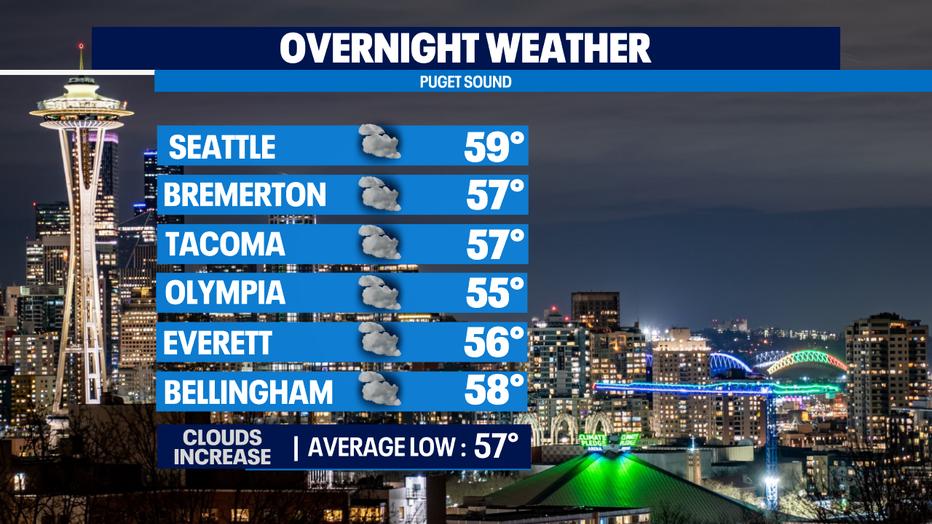 The next weather maker delivering Fall like conditions with cooler highs and a chance at a few scattered showers, mainly at the coast and over the Cascades but don't be surprised if a few light sprinkles may find their way into the metro area.   The weak system will linger through Saturday with another disturbance following on Sunday. 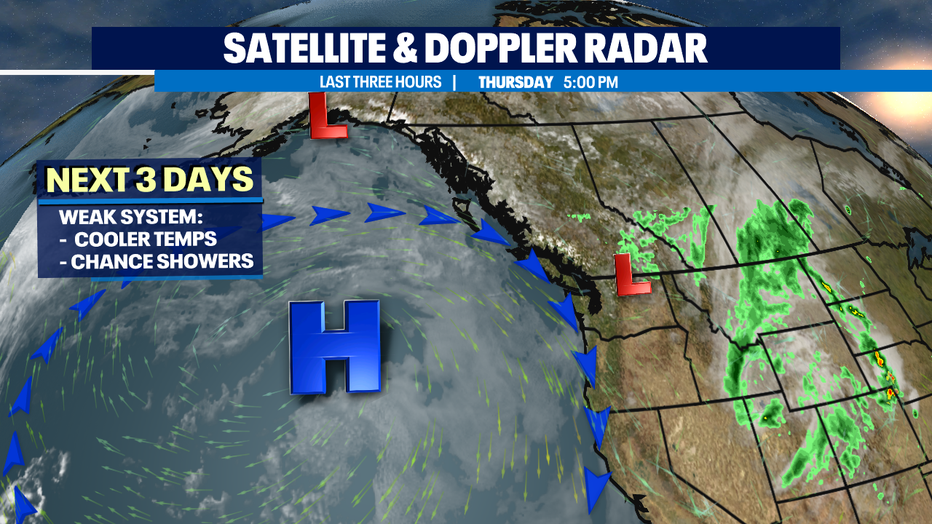 Here's a look at the slim chances for showers finding their way into Puget Sound Friday into Saturday.  Most of our shower activity will hang over the mountains and into Eastern WA where a threat of slow moving thunderstorms may pop up. 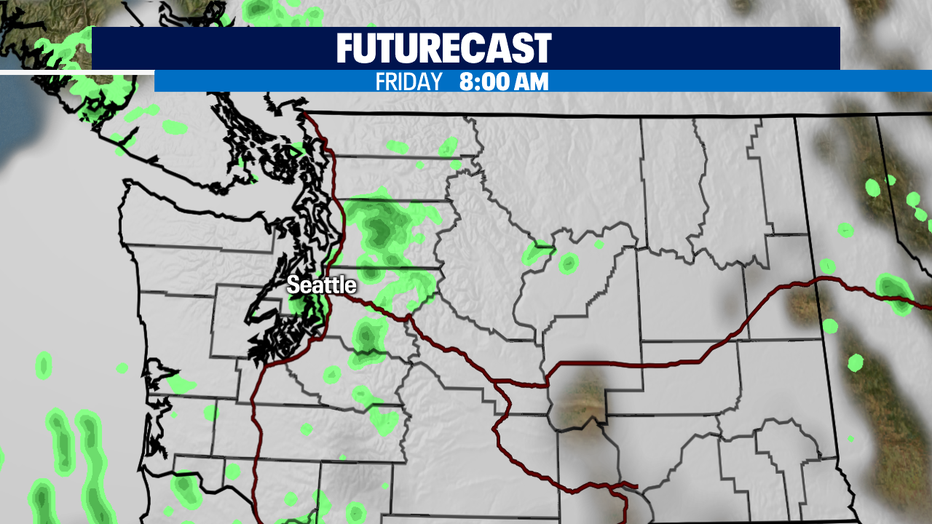 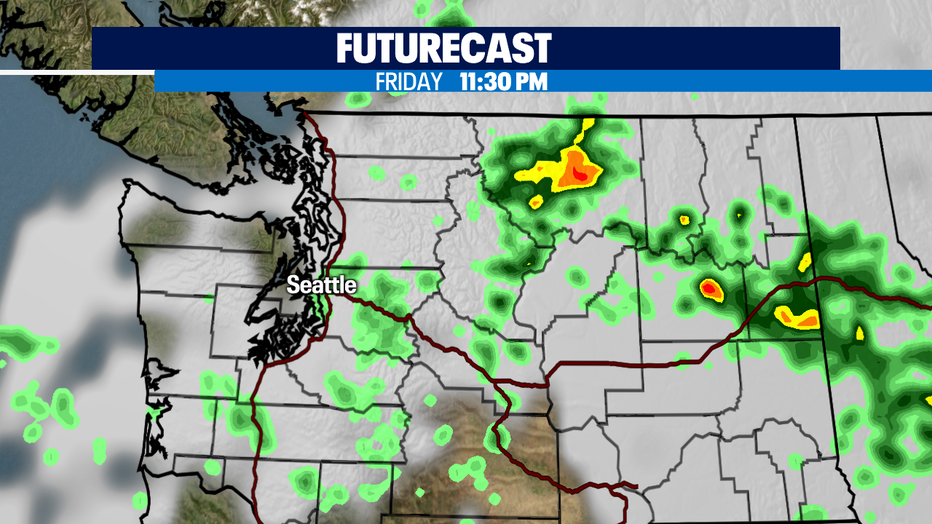 With the potential of slow rolling thunderstorms that could create a "Flash Flood" situation for several counties stretching from Chelan east to Northern Idaho.  A "Flash Flood Watch" goes into effect Friday afternoon lasting through Saturday afternoon.  Heavy downpours can run rapidly in burned areas and steep terrain. 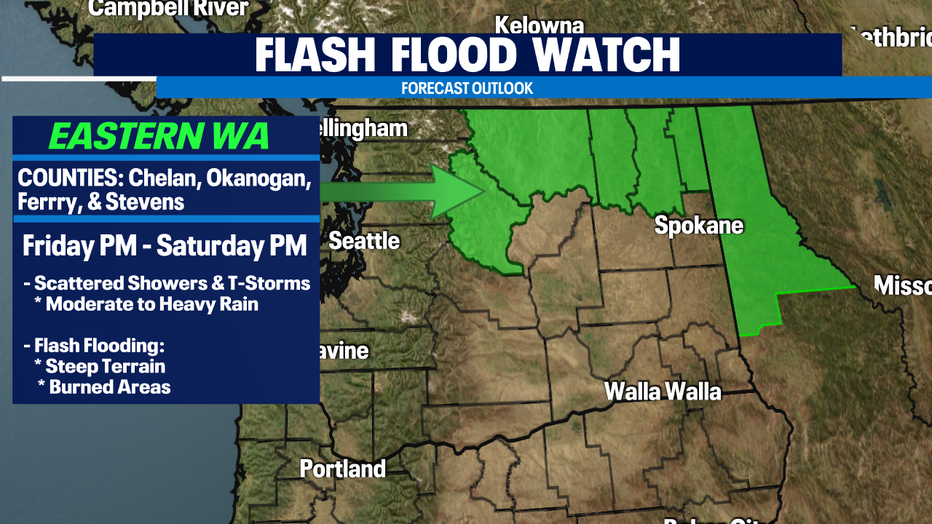 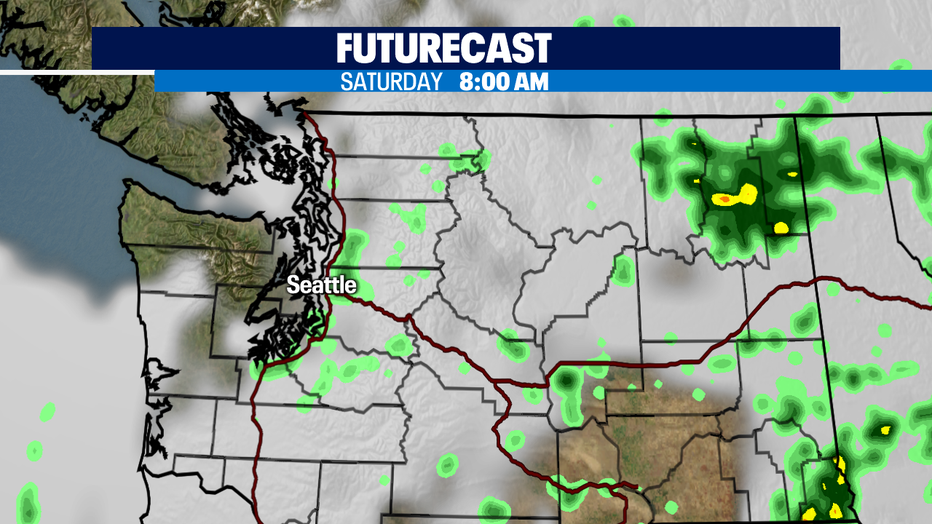 Conditions for the Seahawks vs Broncos Saturday night at Lumen Field look pleasant under mostly cloudy skies.  Temperatures cool from near 70 during pre-game to the low 60s by post-game.  Kick off set for 7pm.  #GoHawks! You can catch the game right here on Q13 Fox. 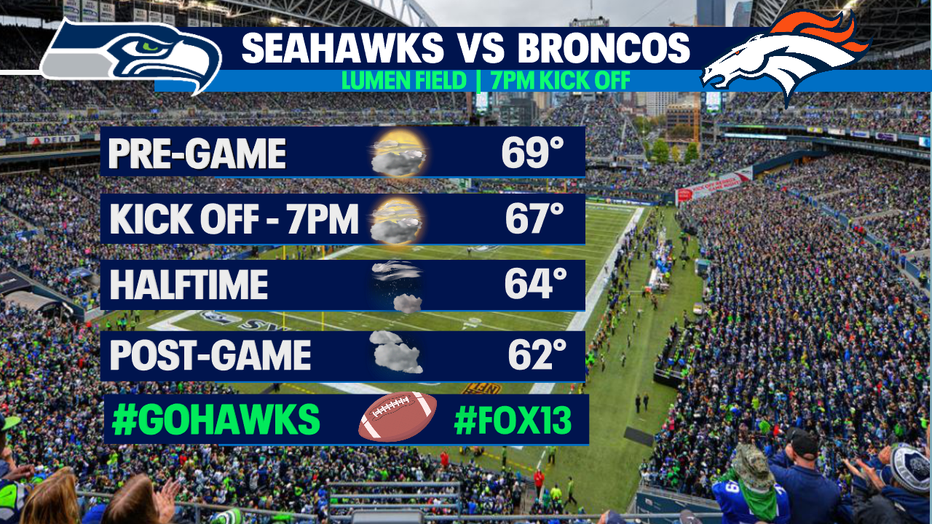 Another weak disturbance will drop south out of British Columbia Sunday.  This system could produce a few isolated, light showers to the north and over the mountains otherwise look for a mostly to partly cloudy day.  Highs near 70 which is below average.  Monday looks similar to Sunday.

By Tuesday into Wednesday a ridge settles in helping to kick off a warming trend. Highs will get back to our summer norm of 77! 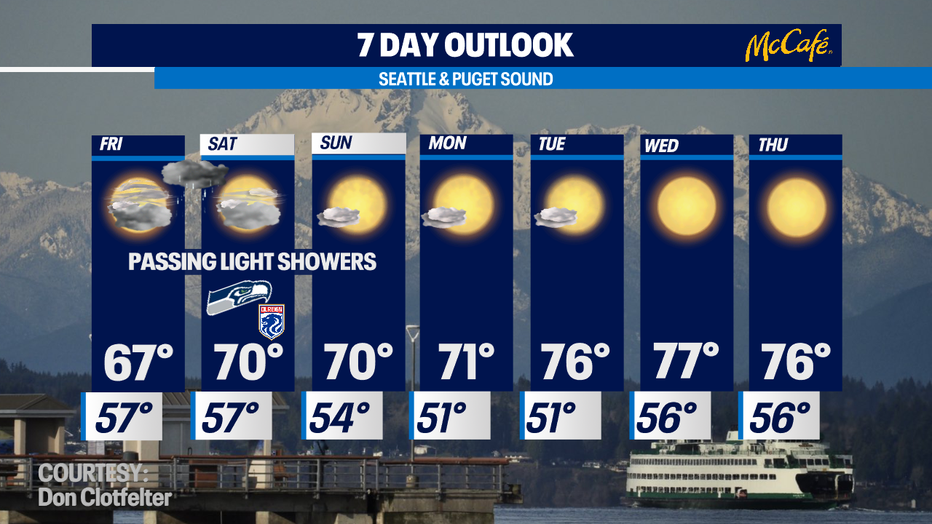 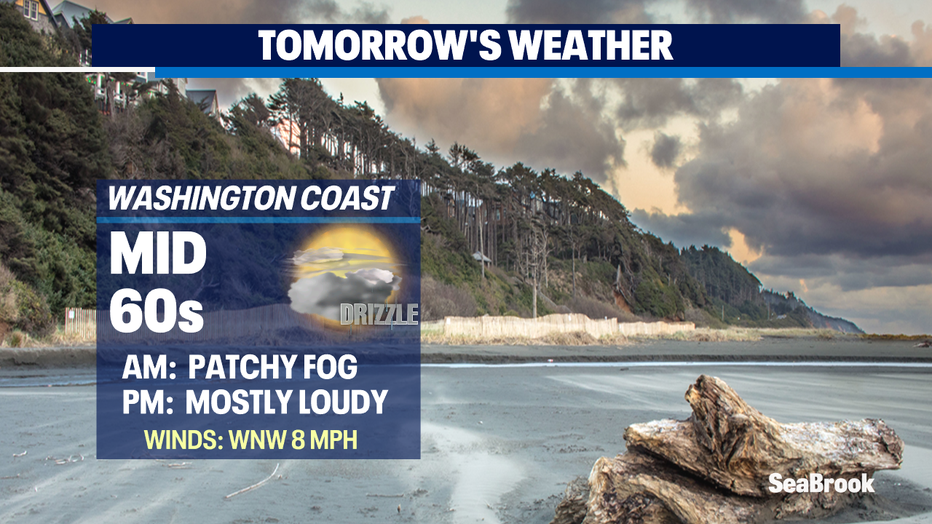 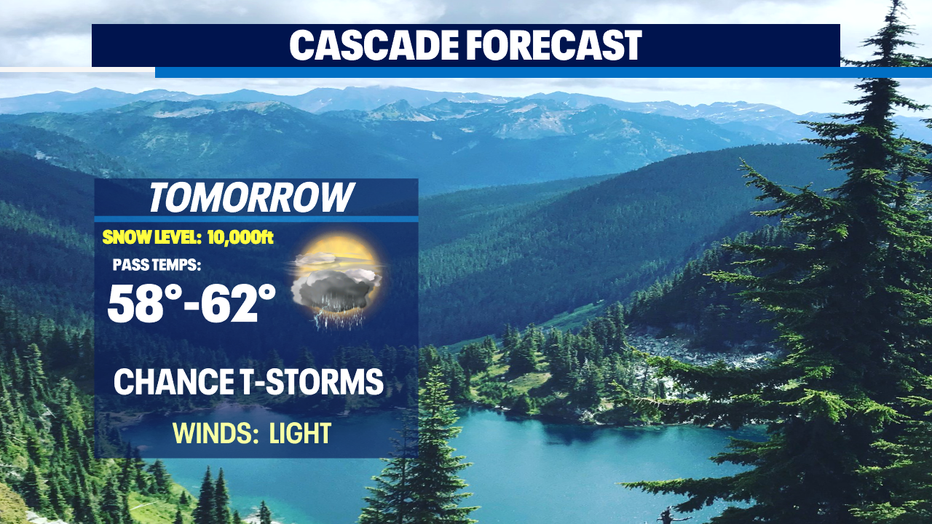 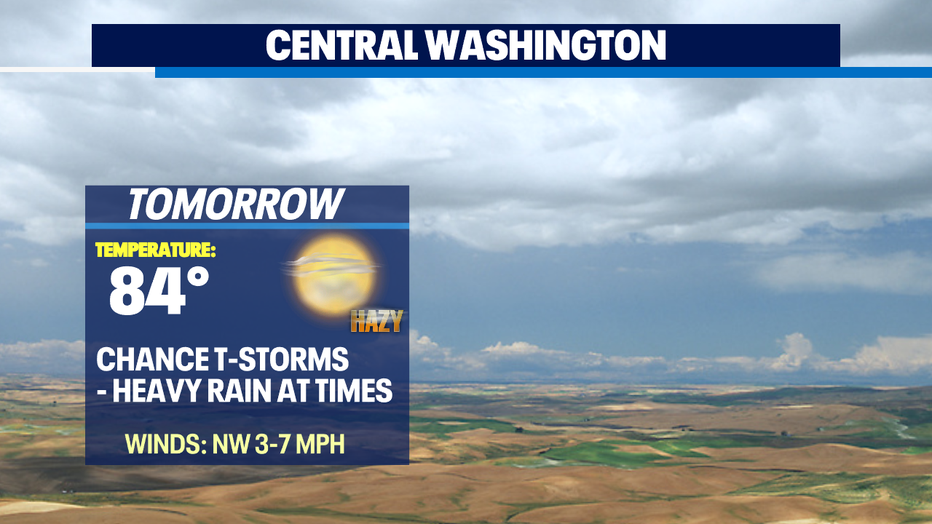