Scattered showers through the weekend

SEATTLE - After enjoying a day above average in the low 70s we quickly cool off and turn rainy as we close out the work week. 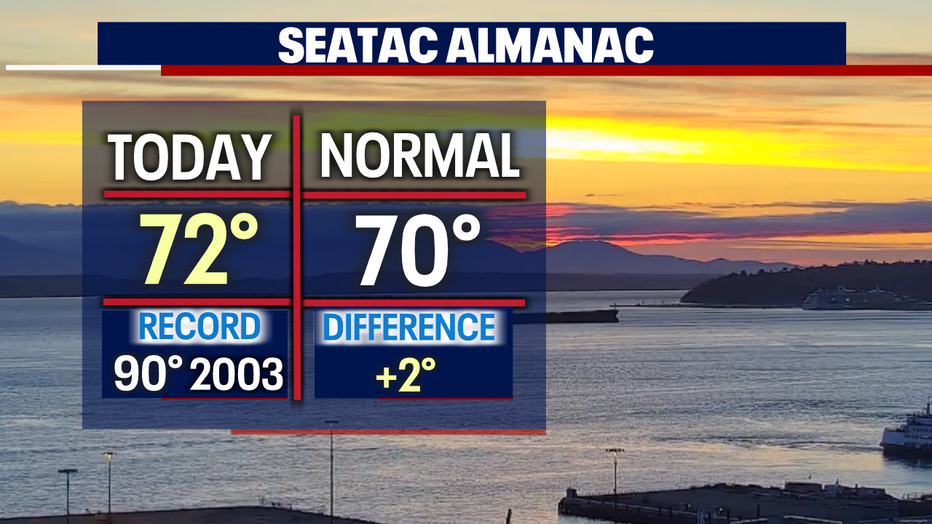 Overnight expect temperatures to drop off into the low to mid 50s just above average.  Most of us wake up to dry conditions, but a few spots may experience light showers. 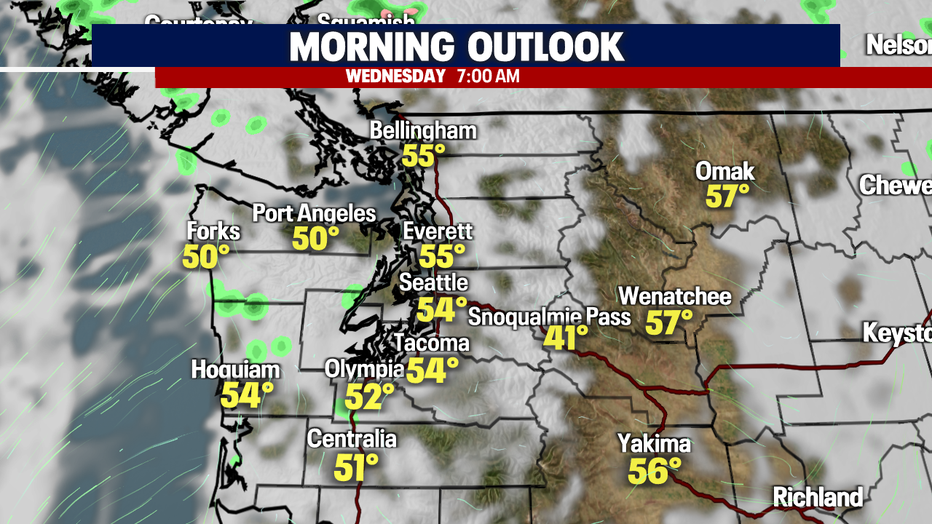 Highs Wednesday climb into the upper 60s around Puget Sound with the foothills warming into the low 70s. 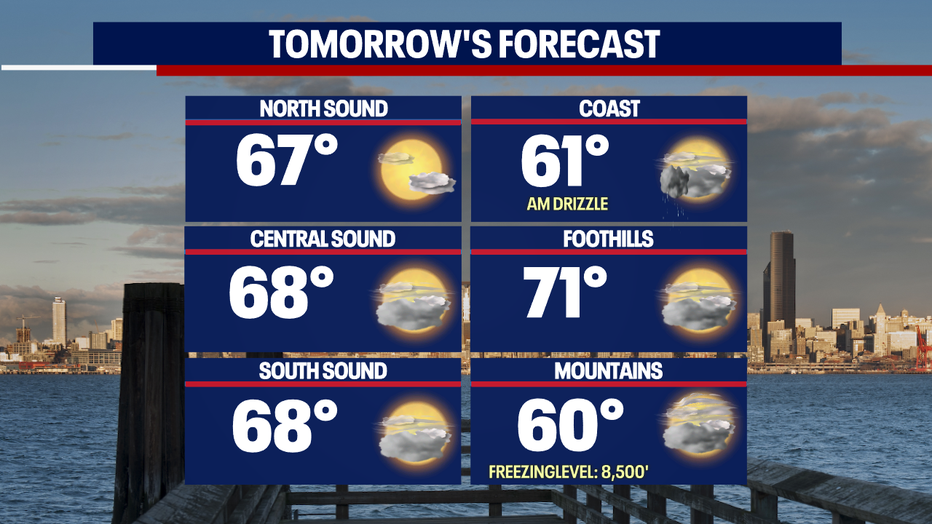 By Thursday midday we'll start to see the leading edge of this late season storm racing across the Pacific heading right at us.  This Atmospheric River has the potential to deliver an excessive amount of rain for June. 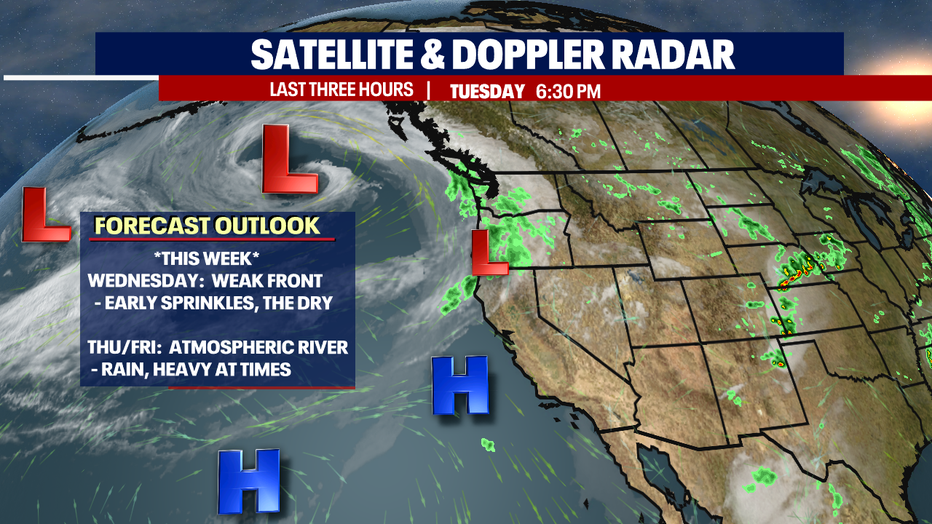 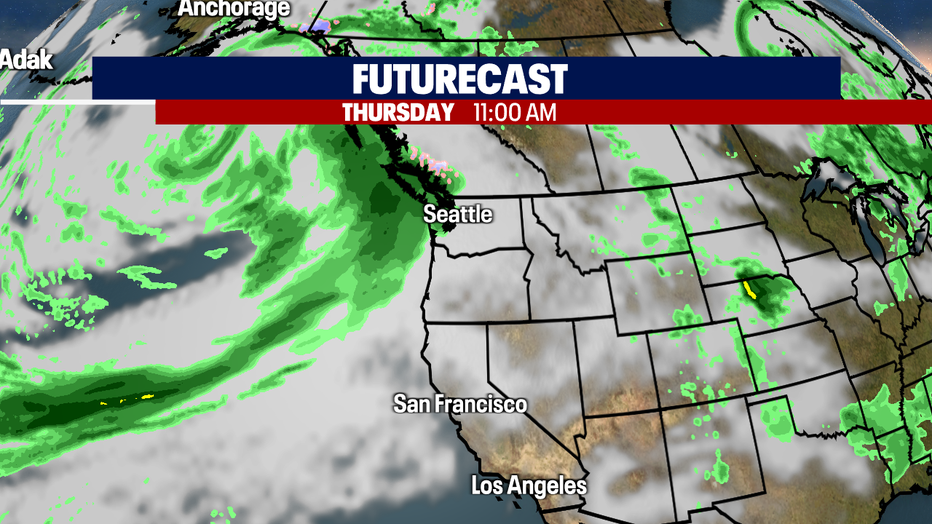 By 6pm Thursday evening most of the area will see nothing but rain, heavy at times.  Winds may become a little breezy late Thursday into early Friday too. 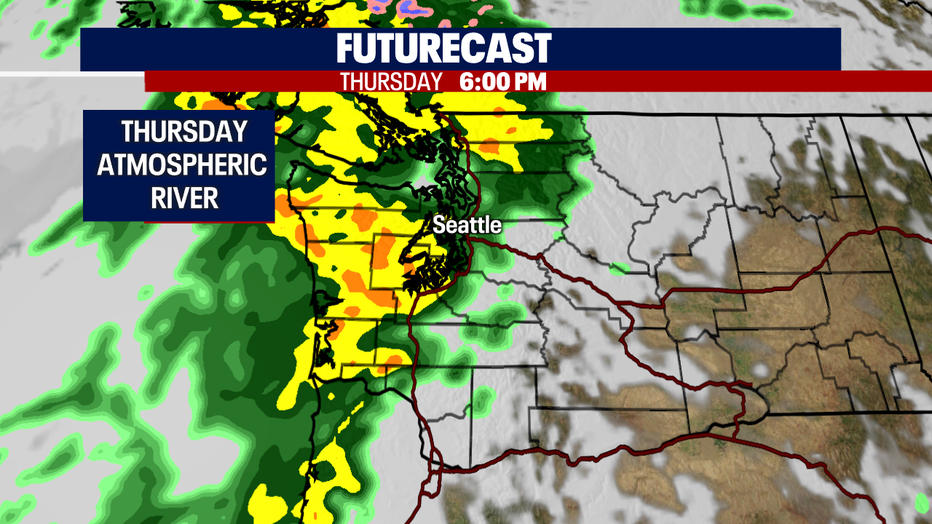 Our futurecast models are predicting up to just under two inches at the NW WA Coast with less amounts inland.  The Central Sound ranges from half an inch to three quarters of an inch between Everett and Seattle with higher amounts to the north and south.  Stay tuned! 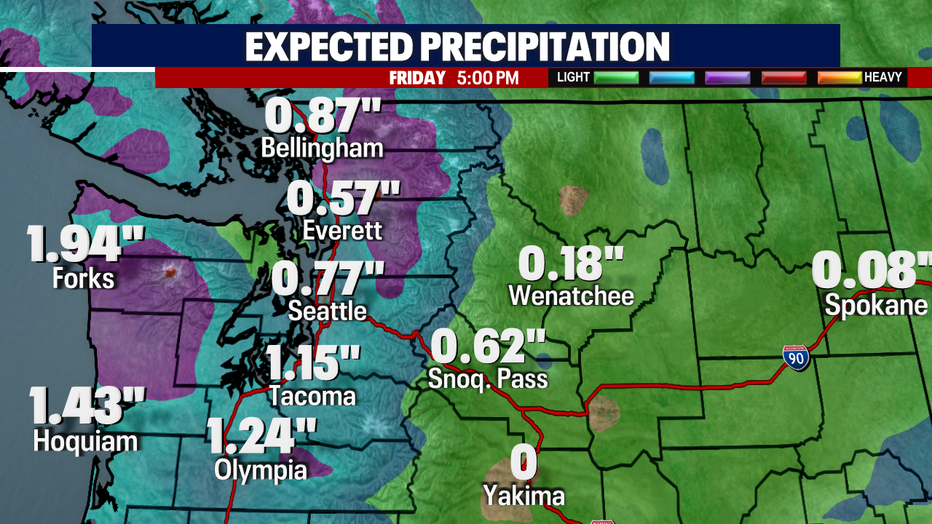 With this potent Atmospheric River we're keeping an eye on the potential for flooding.  High elevation snowmelt off the mountains combined with heavy rain will cause some area waters to run fast and high.  Rivers that flow through low-lying valleys are most at risk for flooding along with streams and creeks.

Rain will taper to showers early Friday morning before drying out under mostly cloudy skies.  Highs Friday land in the mid 60s.

The weekend features showers and sunbreaks with cool highs in the low 60s.  Enjoy! 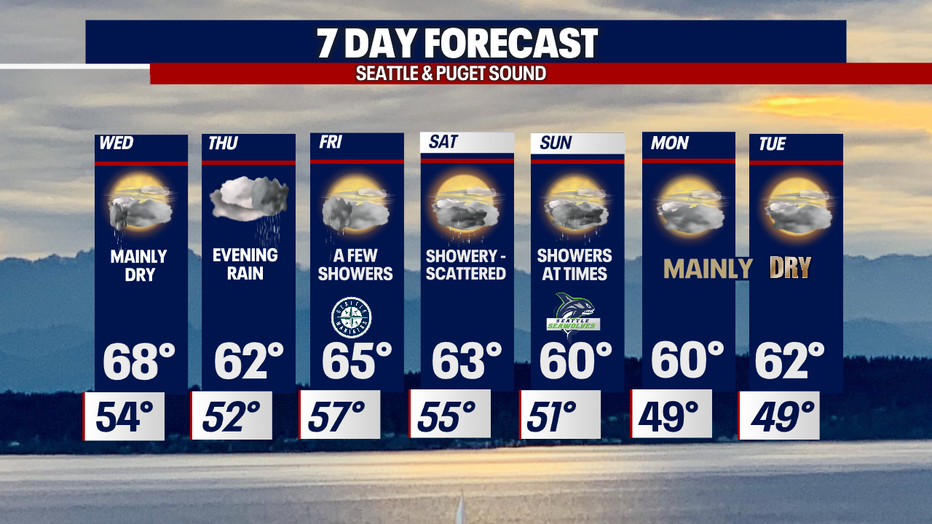 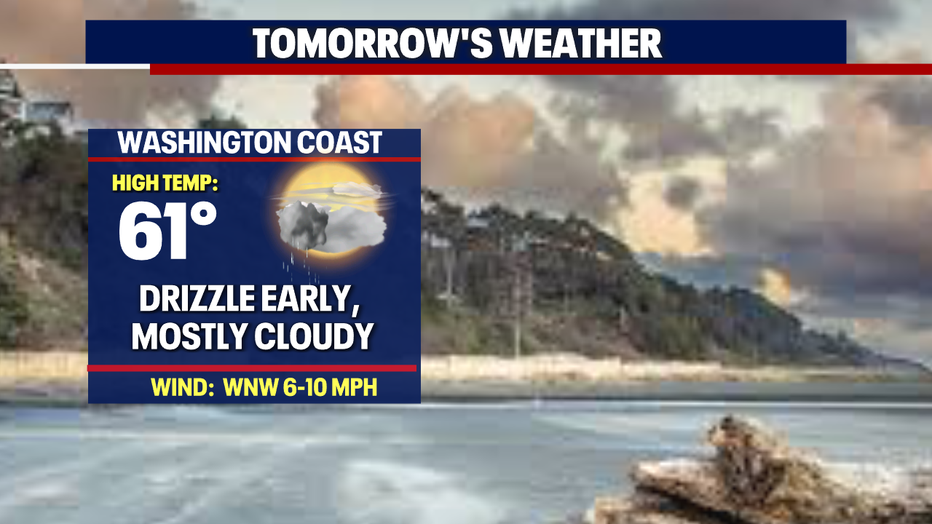 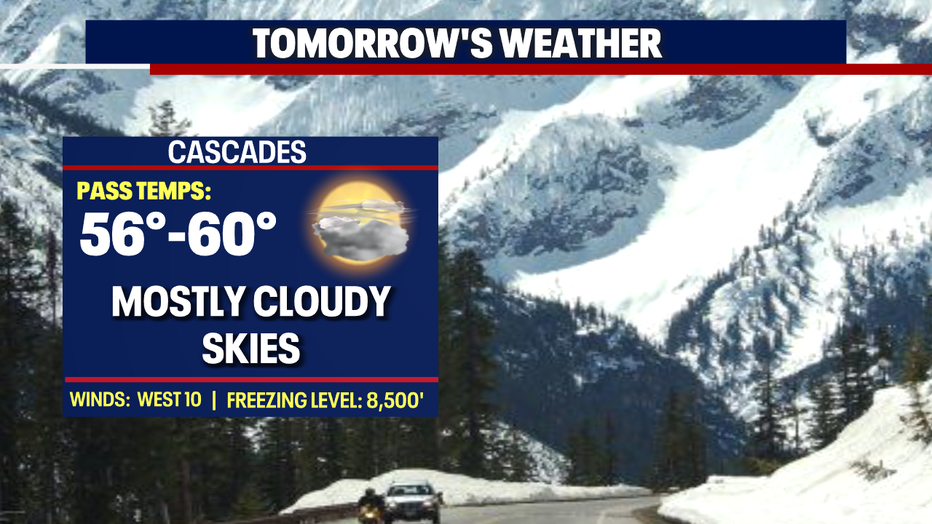 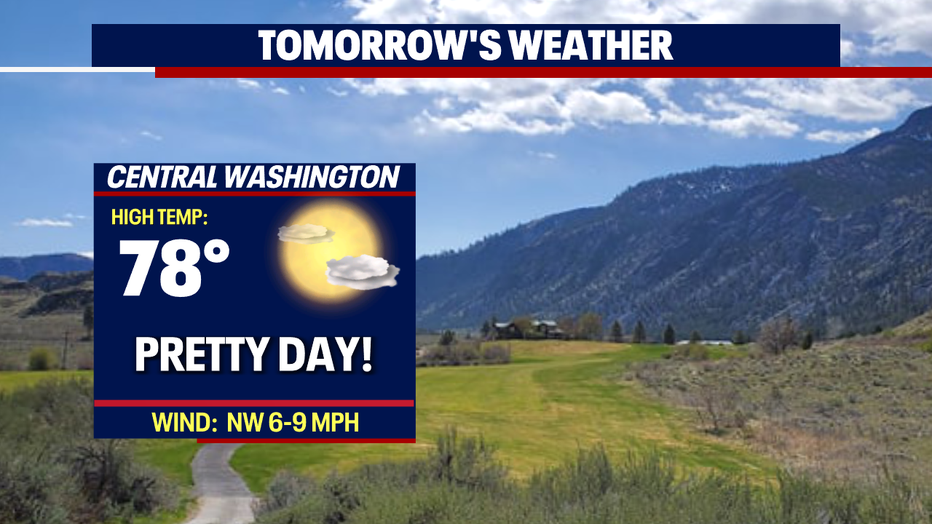