Just a trace of precipitation in the bucket today at SeaTac as drizzle fell late morning around Puget Sound.  The entire month of July has only seen trace with normal totals for this time of year just over half an inch. 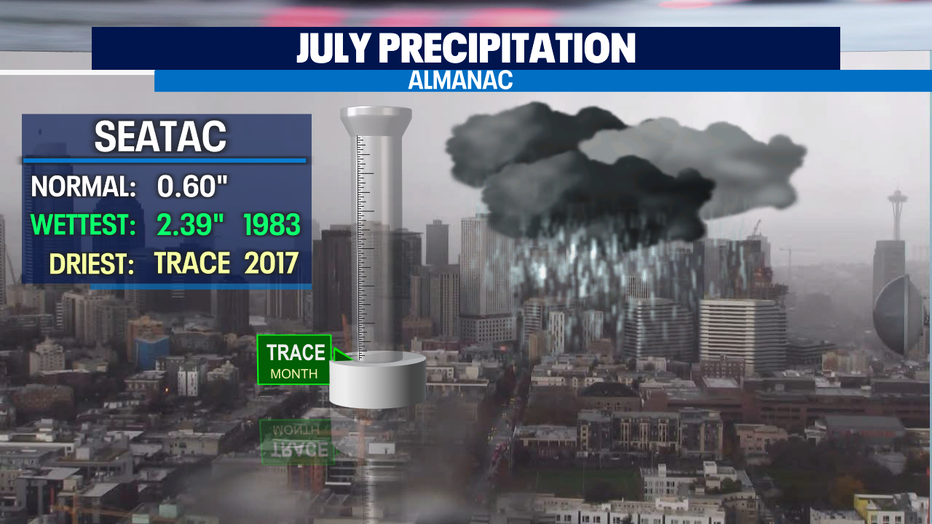 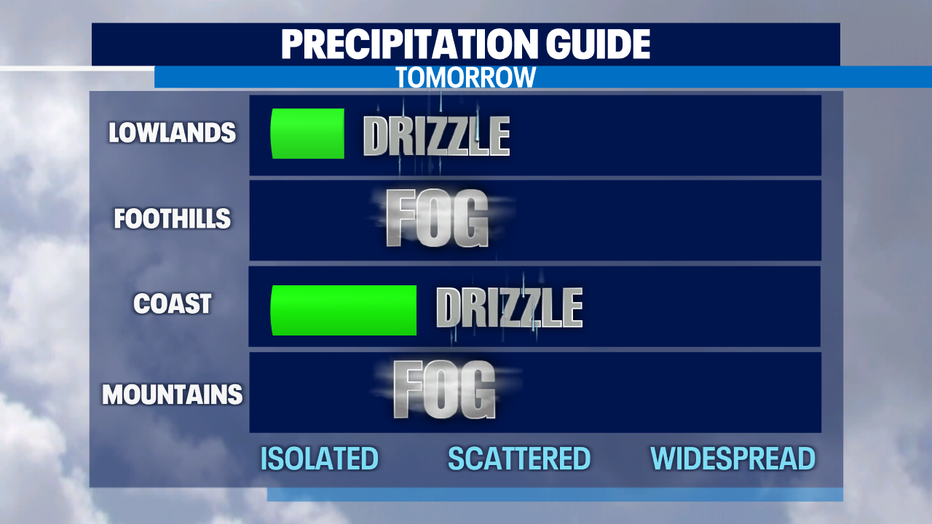 Cloudy skies will be with us for the morning commute again.  Some of us could see just a little drizzle too, but by mid-day skies will start to clear some for a nice afternoon. Highs will only reach the upper 60s to low 70s and that's about eight degrees below our seasonal average for Western WA. 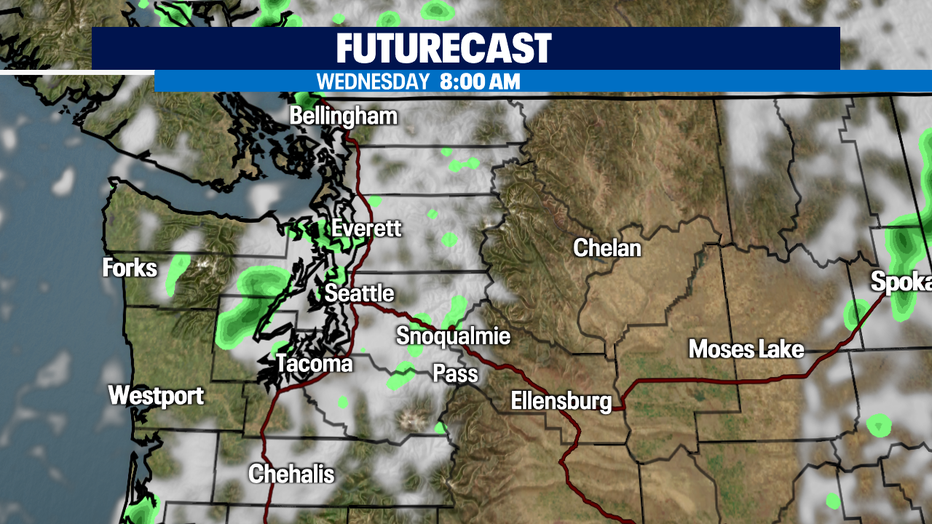 The evening commute will feature a little more blue in between the cloud cover and a slight chance of a stray sprinkle or two near Bremerton and the King/Snohomish line. 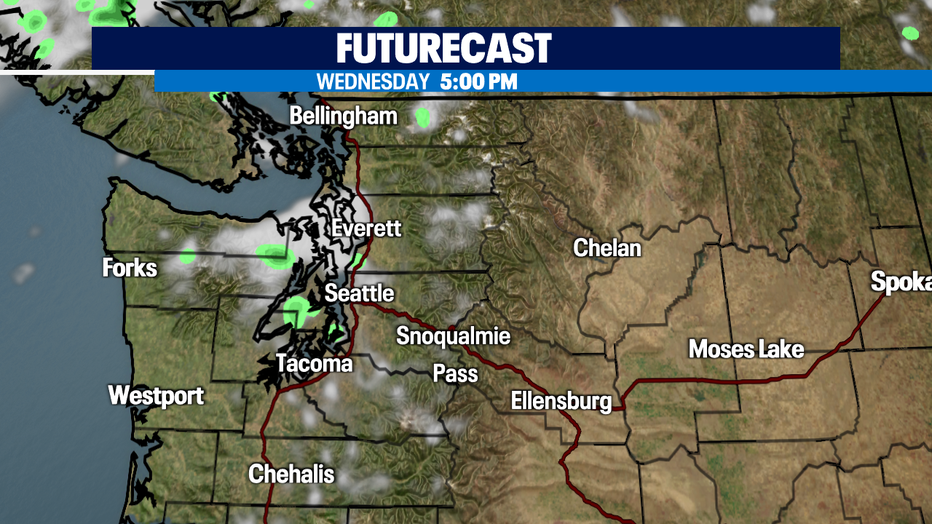 Dangerously dry conditions will continue for Eastern WA.  A "Red Flag Warning" is in effect now through Wednesday for gusty winds, relative low humidity, and a chance of thunderstorms.  This will increase the risk of rapid fire spread across the area. 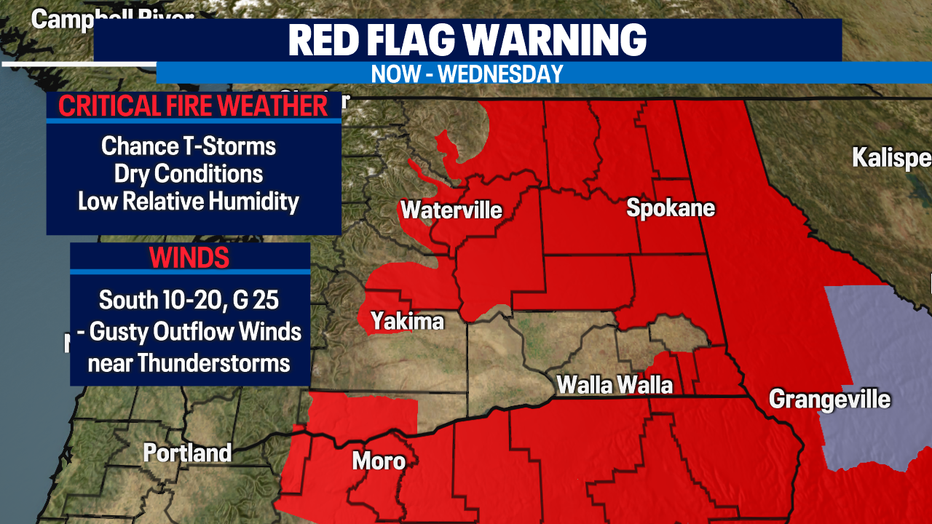 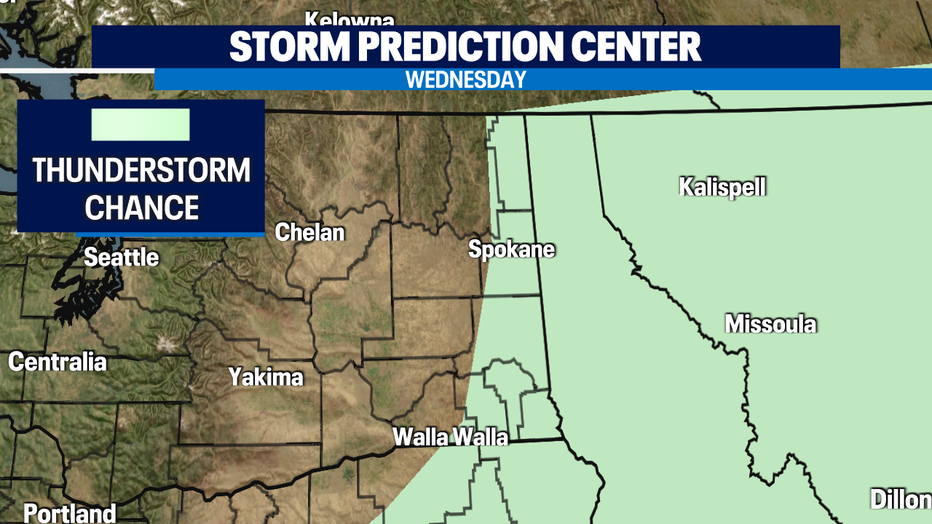 The rest of the week we see more sunshine, less cloud cover and temperatures pushing close to normal by Friday into the upper 70s to 80 by Saturday. 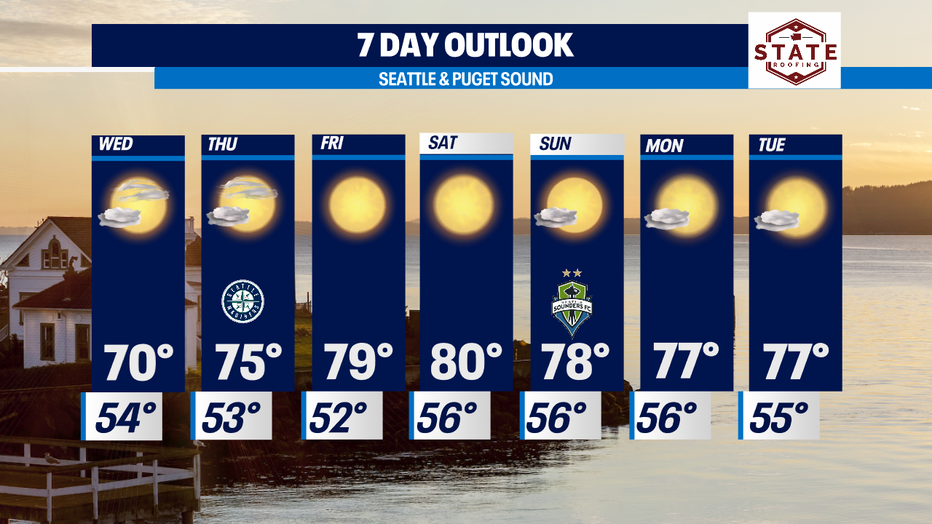 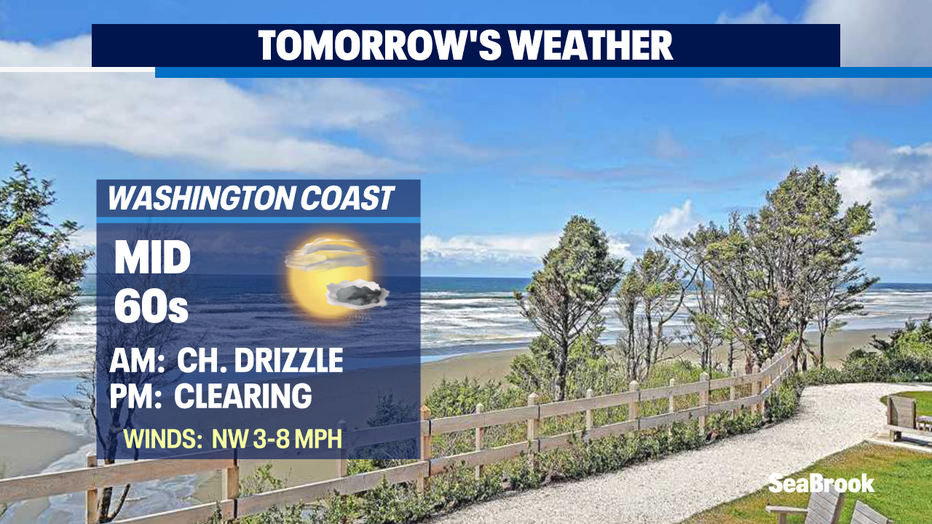 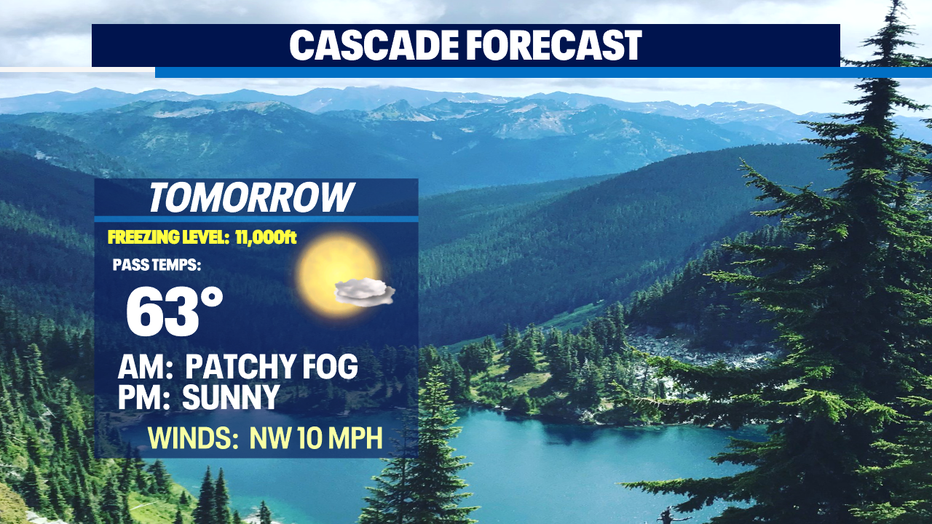 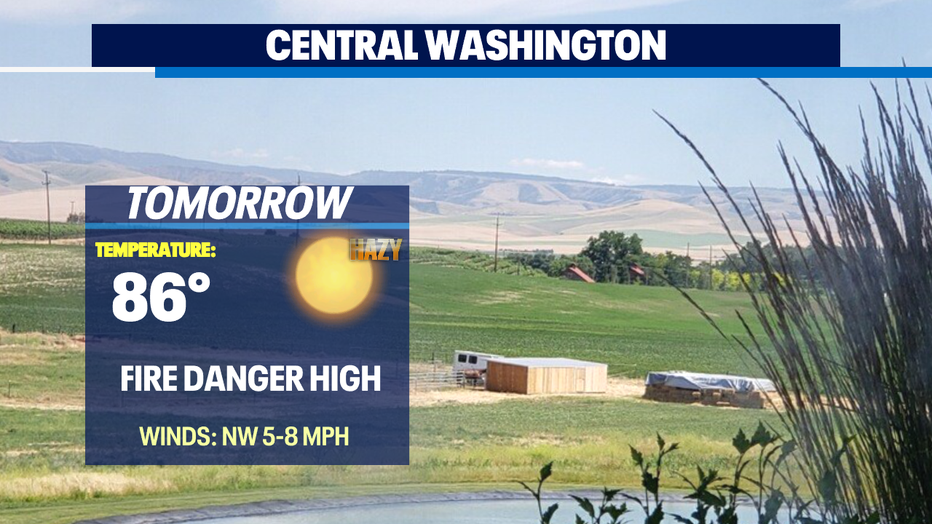