We do not expect a widespread rain event Wednesday, but instead, just pockets of showers before we dry out.  Highs on Wednesday drop into the low 70s.

In the map below, everyone in light green is facing a chance for relatively weak thunderstorms and small hail today. In the darker green over the Cascades and the east side of the state, there's a "marginal" risk for severe storms: that's a level one of five in severity. That means there could be large hail and damaging gusts where storms bubble up today. 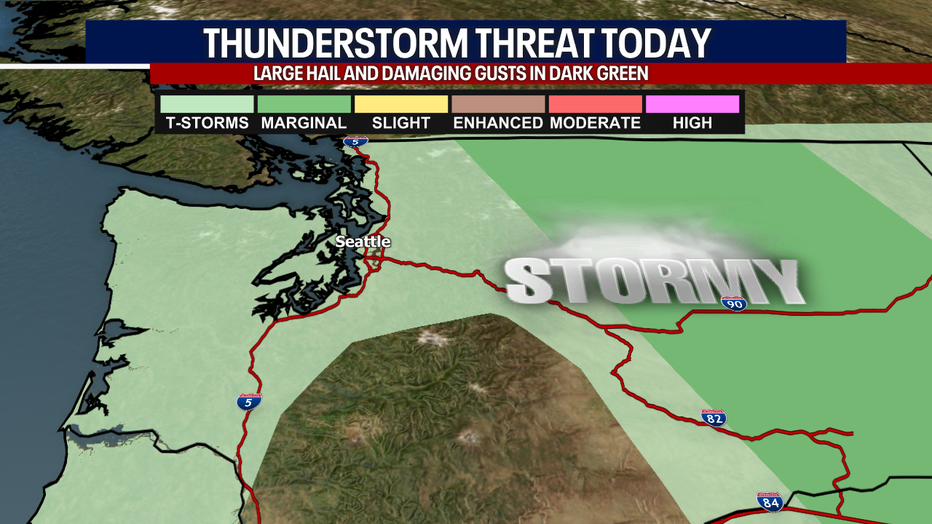 Earlier this morning, we had dozens and dozens of lightning strikes along the coast. Below is a snapshot of the lightning from early today. Parts of the South Cascades and South Sound also heard thunder this morning. 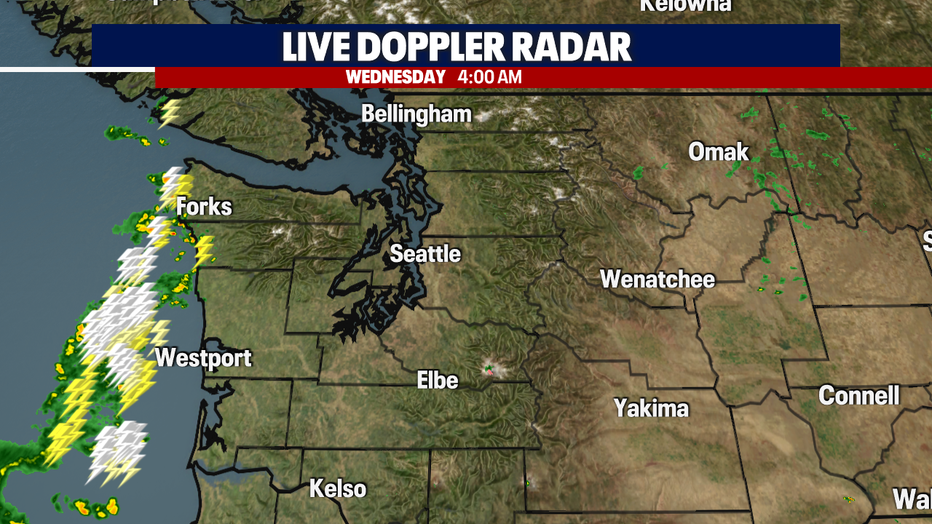 With the lightning comes the risk for new fires burning. Because of this, the National Weather Service has issued several Red Flag Warnings. For the Olympic Peninsula, the alert is posted until 11 tonight. For the Cascade slopes under 1,500' in Western Washington, this warning is ongoing until 2 a.m. Thursday. The northeastern slopes of the Cascades have this alert going from 2 this afternoon until noon Thursday.

Here's why thunderstorms are so dangerous for wildfires: they can bring a rapid change in the winds, giving way to fires growing more quickly. Outflow winds from a thunderstorm can be a threat for several hours after lightning starts a new fire. 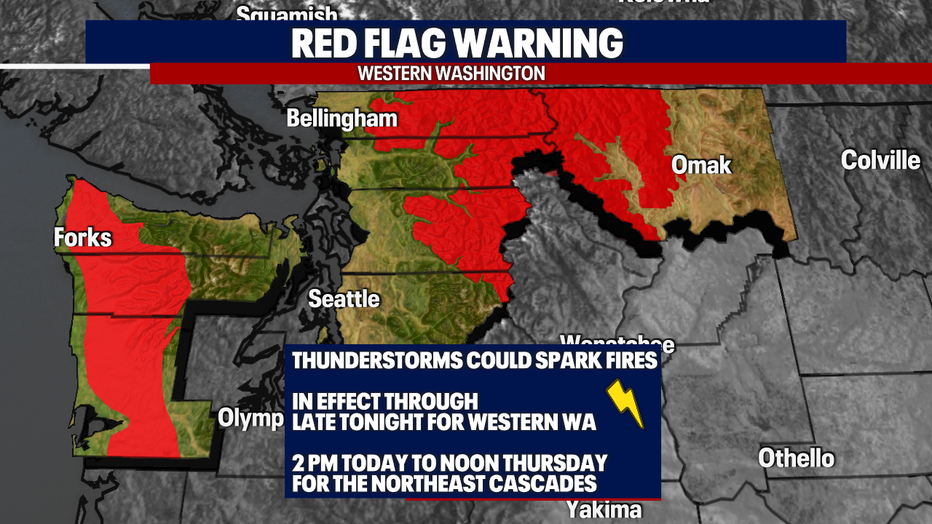 Highs today will be noticeably cooler, only reaching the mid 70s. Partly to mostly cloudy skies are on tap. 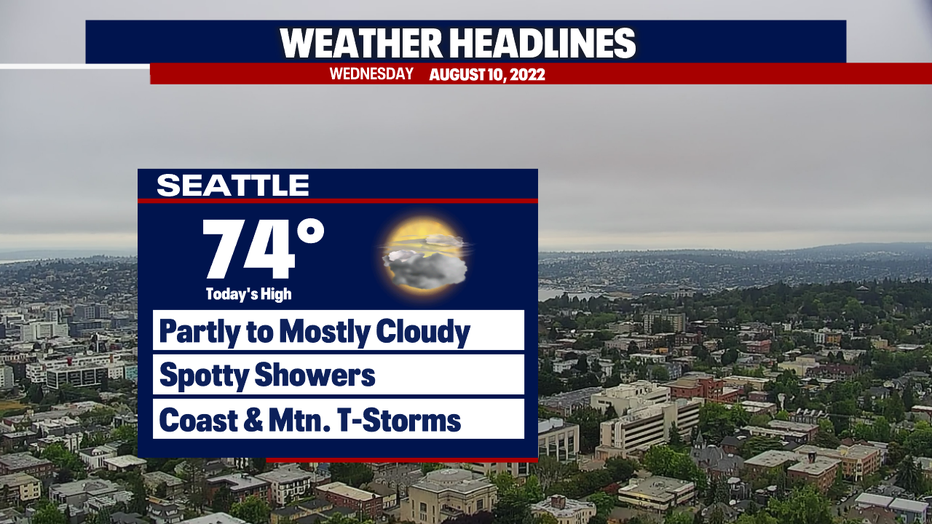 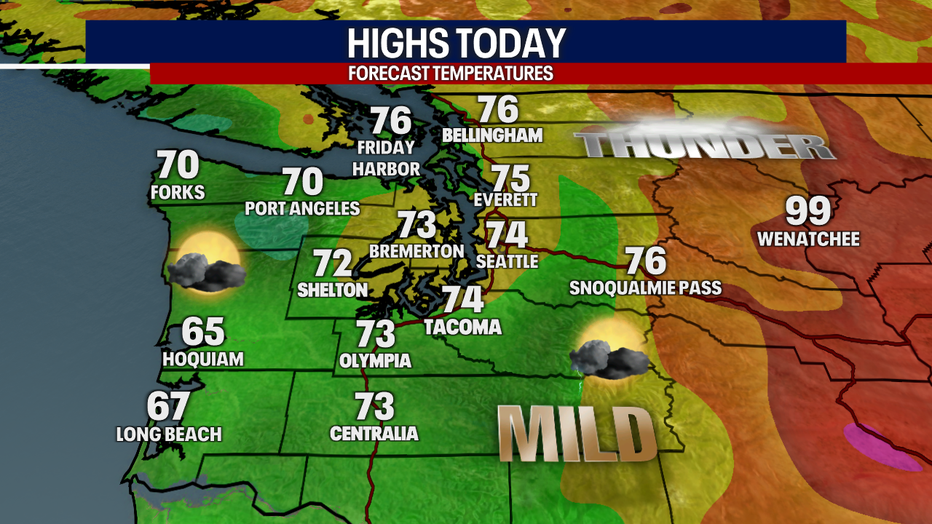 Temperatures warm to the 80s on Thursday with drier weather in store for Western Washington. Friday through Sunday will start with cool, refreshing clouds. Ultimately. those clouds will clear for afternoon sunshine. Monday and Tuesday will see gradually warming with tons of sunshine. 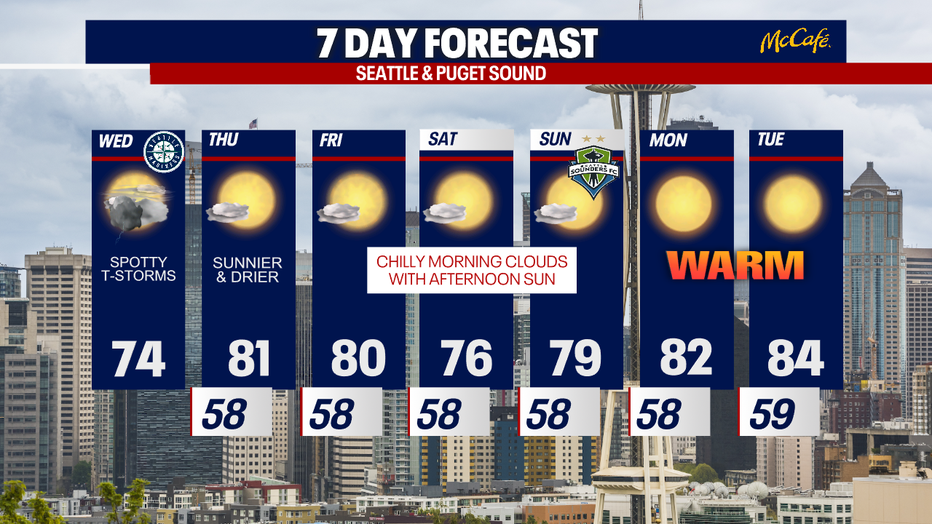