SEATTLE - This weekend, we're expecting cool and showery conditions. Temperatures will climb a few degrees warmer than we saw Friday. Highs around the Sound ran very cool, with the metro area only landing in the upper 50s.  Seatac broke a record for the coldest June 17th at 57.  The old record set back in 2007 at 58.

And we added a bit more to the bucket at SeaTac pushing us closer to making our way into the rain record books. 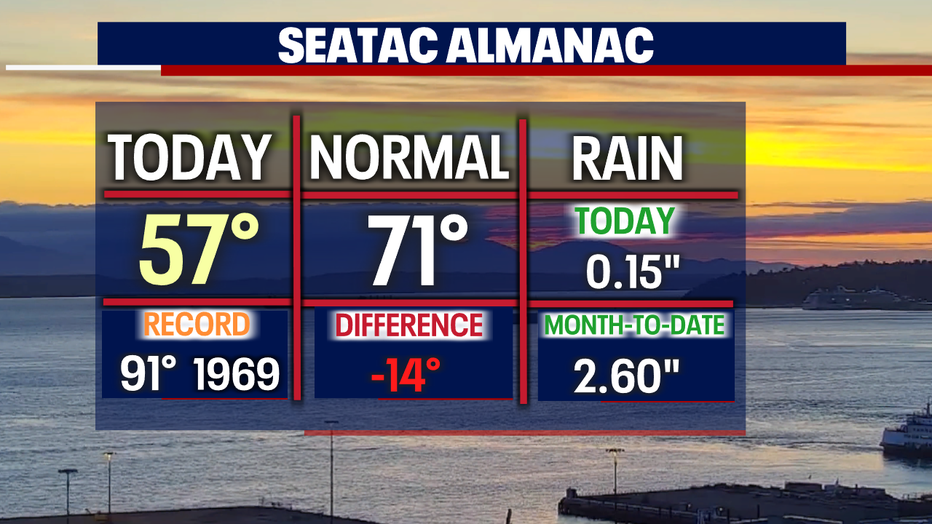 Average June rain at the airport is 1.45". So far this month, we're sitting well above that at 2.60".  As we track the "Top 5 Wettest June Years," we are almost into the 5th wettest spot. It's looking more and more like we will end up very close to that number. Stay tuned! 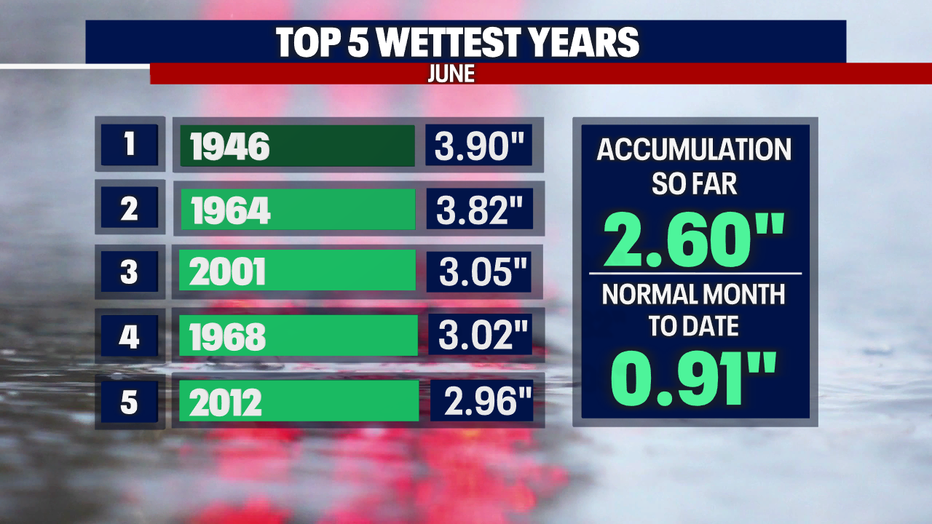 As we dissect the weekend, Saturday looks a little wetter and cooler than Sunday.  Skies will remain cloudy both days, but Father's Day only sees a few showers very early, otherwise mostly dry.  Highs hang well below average in the upper 50s to low 60s. 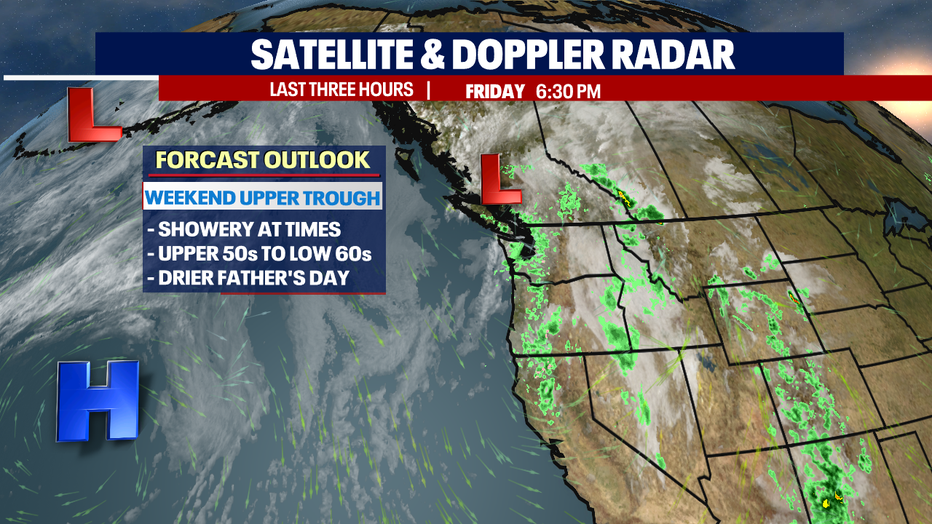 Overnight temperatures this weekend land near normal.  Seattle will sit near 52. 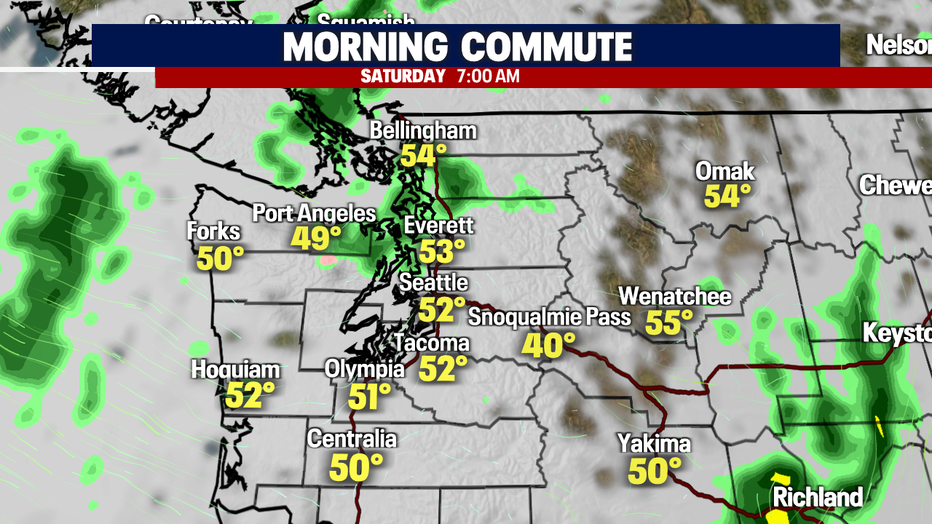 Saturday starts out with a few showers but will taper off midday before the next round of rain moves into the area near dinner hour. 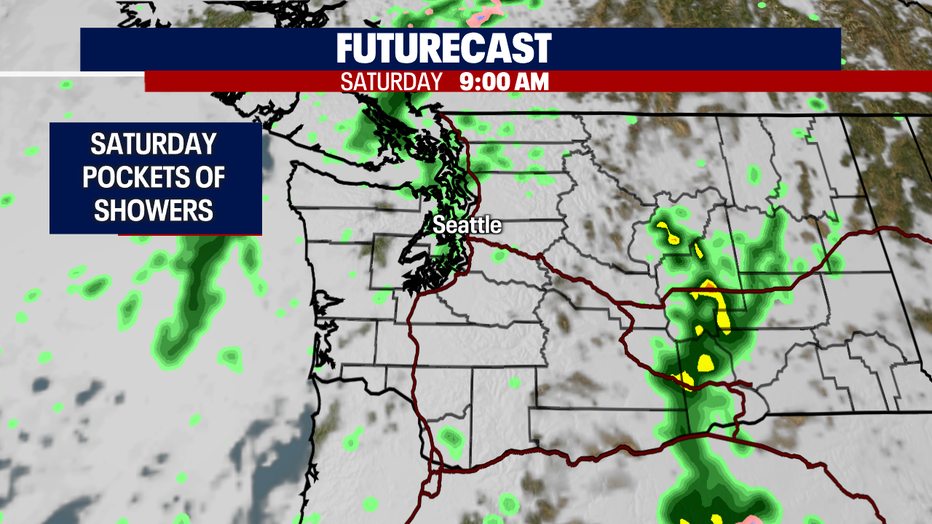 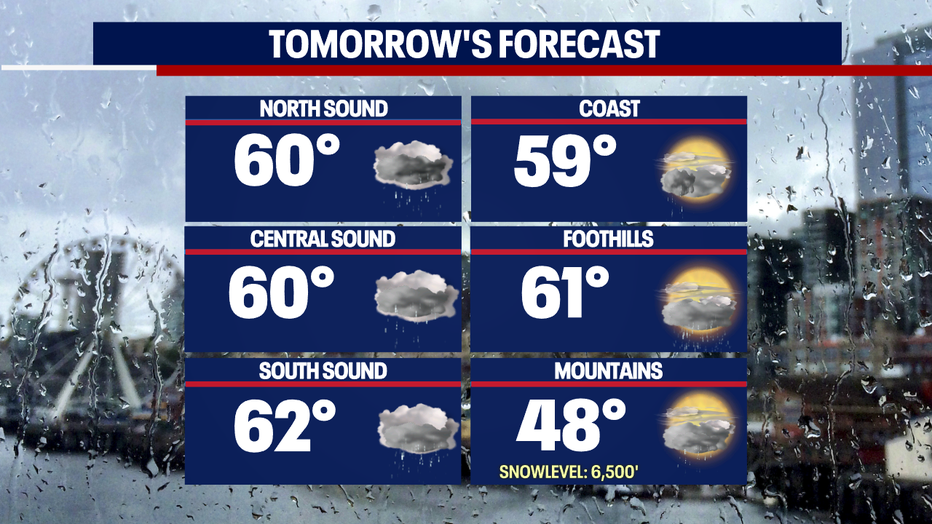 By 10am Father's Day  Western WA is dry under mostly cloudy skies.  Highs jump to near 63. 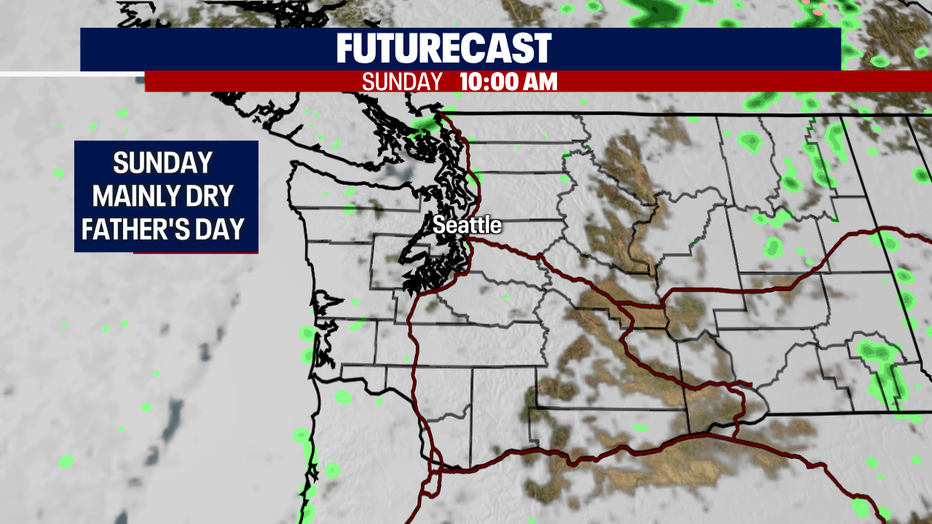 The start of the work week features mainly dry days with warming temperatures as a ridge builds back into the region.  By mid-week temperatures will cool some as a trough moves through the upper atmosphere.  Enjoy!

Have a great weekend all! ~ Erin Mayovsky, FOX 13 Forecaster 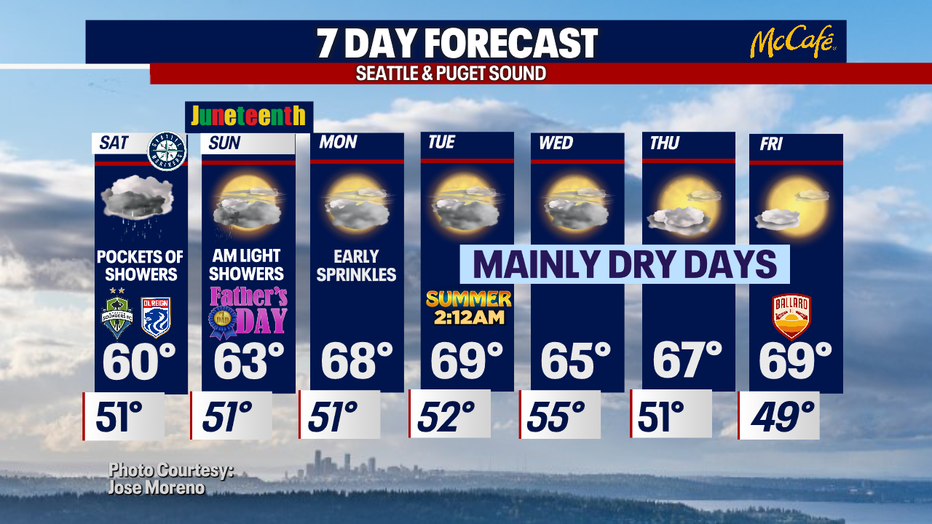 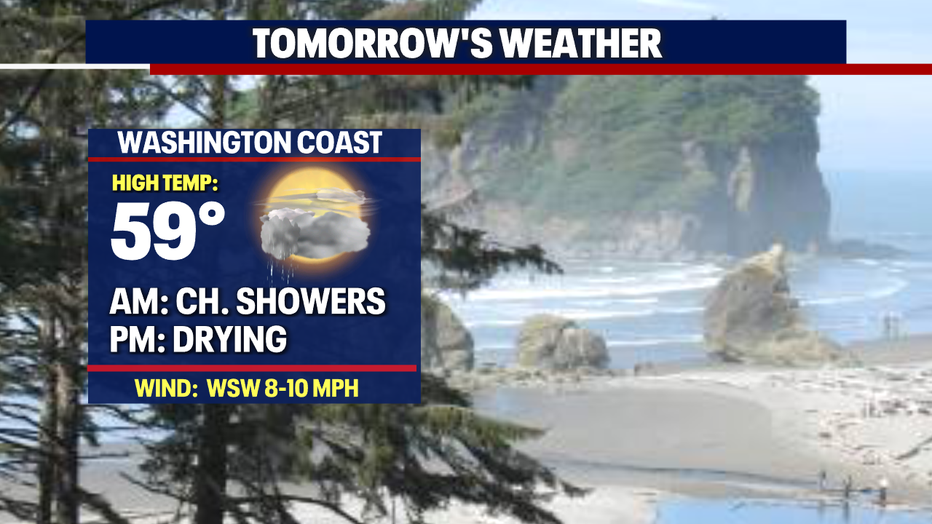 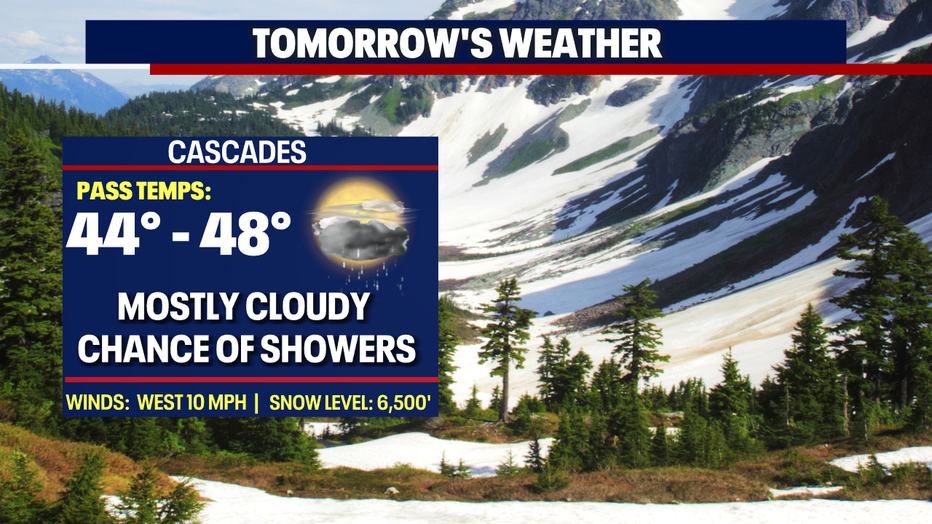 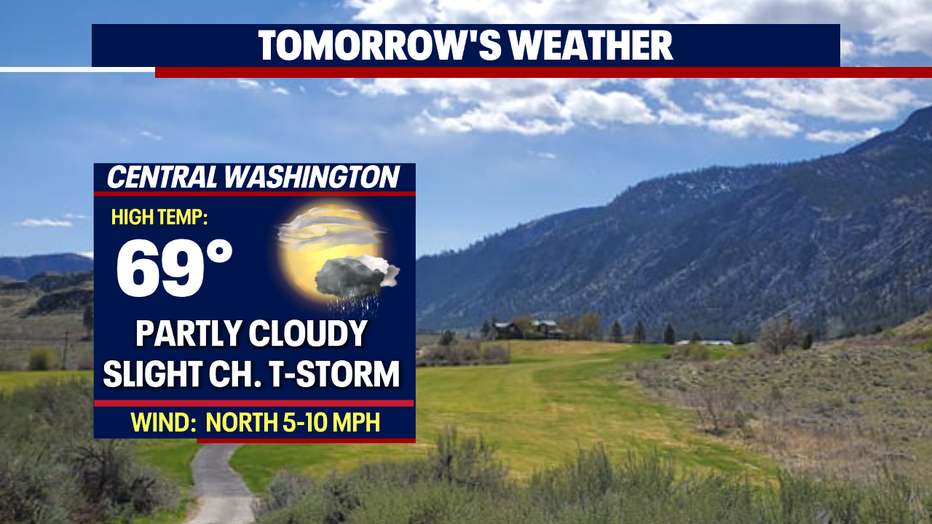