SEATTLE - We just can't seem to snap out of this cool and showery weather pattern this week. This all thanks to a low sitting off the WA/OR coast, rotating showers into the region.  As the low starts to track into the Pacific, we dry out some, but temperatures will remain way below average.

Another chilly night is on tap across the state!  Lows drop into the upper 20s and low 30s.  Bundle up as you get out the door Thursday morning. 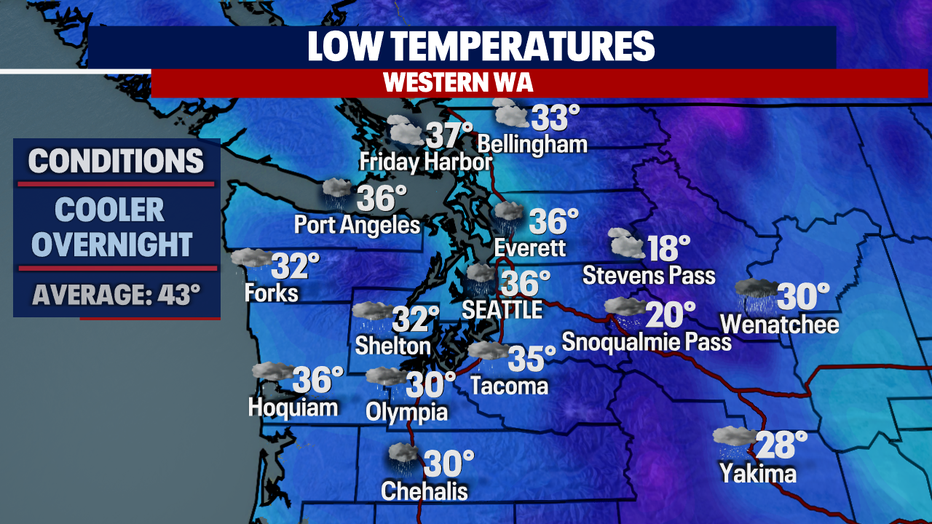 Satellite and doppler radar show that low sitting off the coast, sending in winter-like weather to most of the Pacific Northwest. Again, this will keep us feeling more like winter instead of spring. We will get some clearing as the low backs off and this weekend weak high pressure builds back in for a nice Easter Sunday. 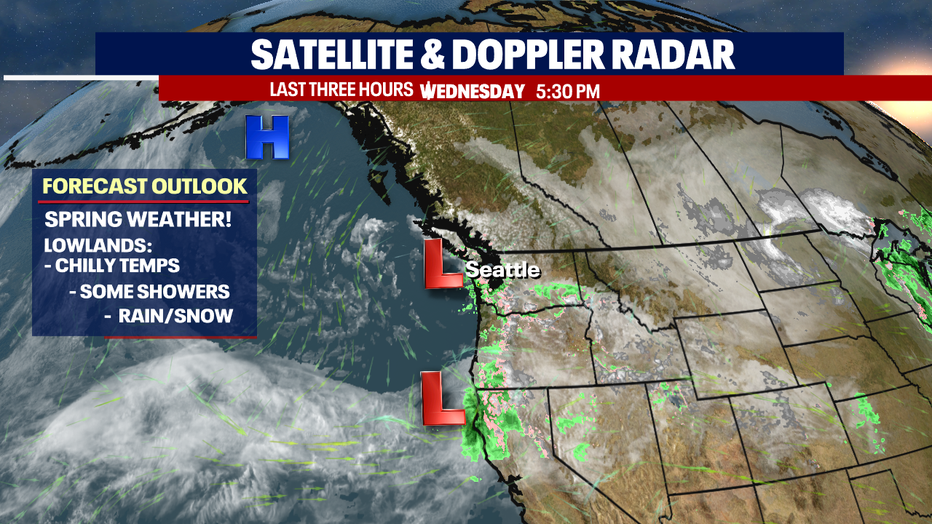 While tomorrow morning is very chilly to start, we will be mainly dry through the morning commute. 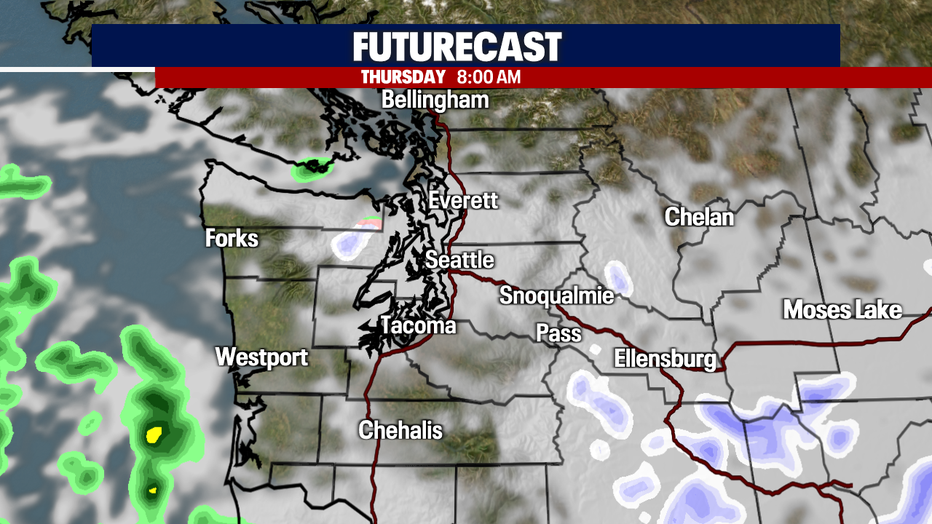 As we look to the evening commute Thursday, a few spotty showers pop up around the region.  And there is a slight chance of isolated thunderstorms to the south.  These conditions shouldn't impact the OL Reign match at Lumen Field tomorrow night.  #GoOLReign 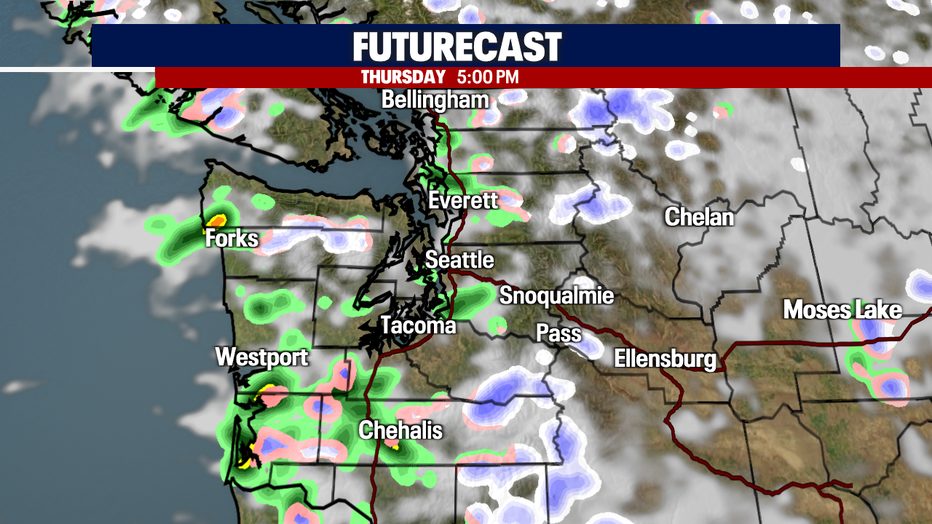 Friday looks mainly too, but there may be a few pop up showers later in the evening.  At this point, we're hoping for a roof open situation as the Mariners return to Seattle as they host the Astros in the home opener.

We're forecasting a chance for thunderstorms later Saturday just in time for the Seawolves 3 pm kick-off at Starfire Sports with the Mariners and Sounders playing Saturday night too. 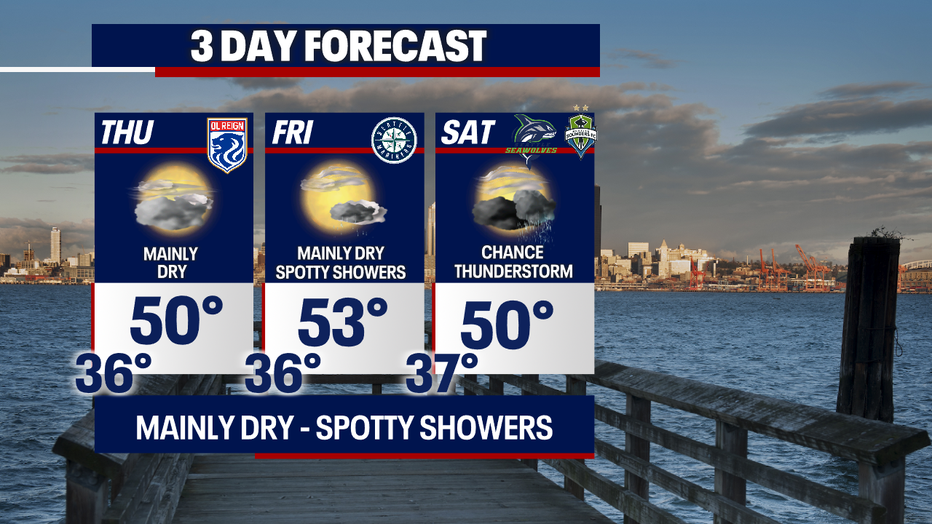 We really did save the best day for Easter!  Sunday sees partly to mostly cloudy skies with more warmth!  Highs will be the warmest we've seen since last week! That's good news for the bunny hiding eggs around the lawn! 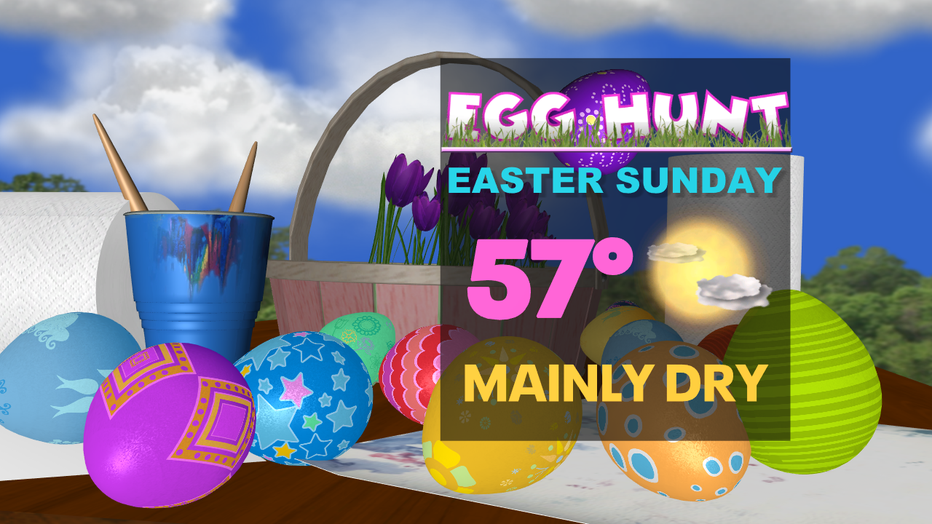 The start of next week brings the return of more rain.  Monday showers will be heavy at times with highs in the mid 50s.

Rain turns to scattered showers by Tuesday with cooler highs.  And by Wednesday, we're mostly dry, except for showers at the coast and possibly the north end before moving into Puget Sound late evening. 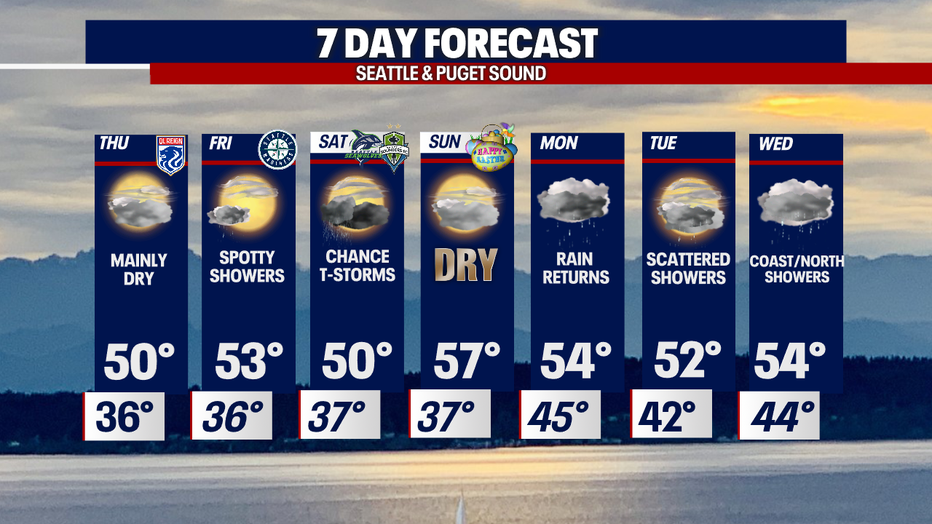 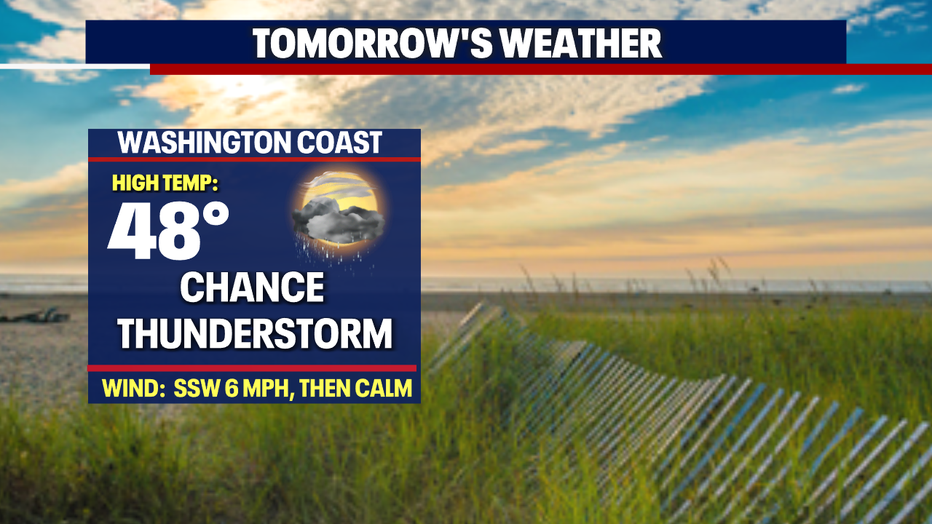 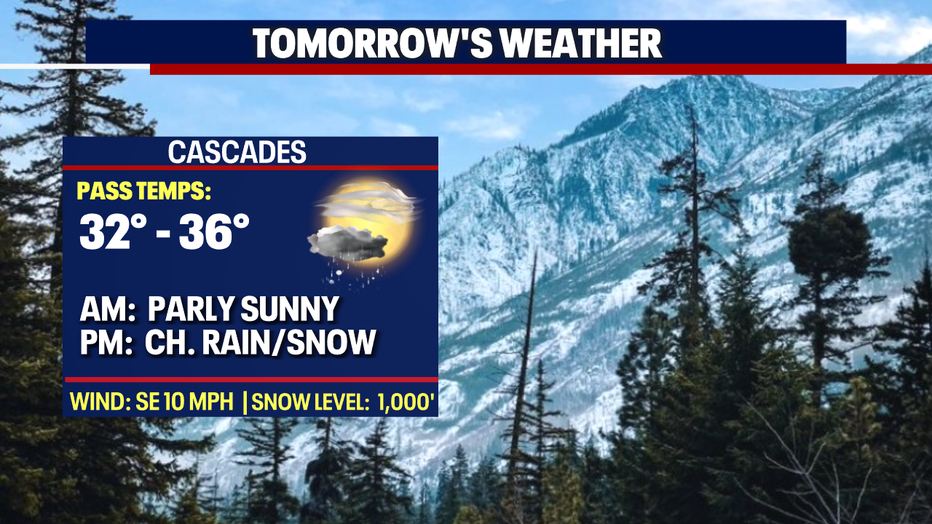 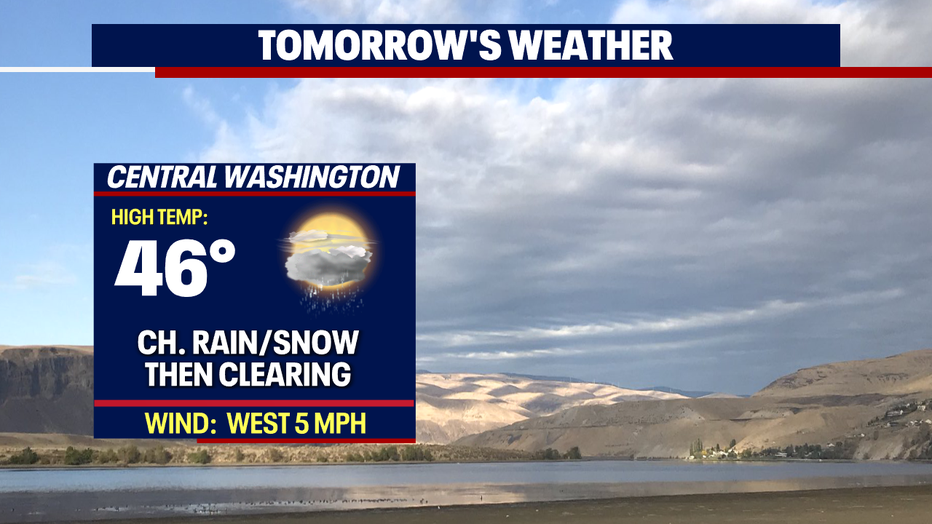