A few scattered showers throughout the weekend

Seattle - Not a bad Saturday after all!  Highs warming to near average in the upper 60s to low 70s. Seattle adds another 70+ degree day to the tally, making that eight for the year so far. 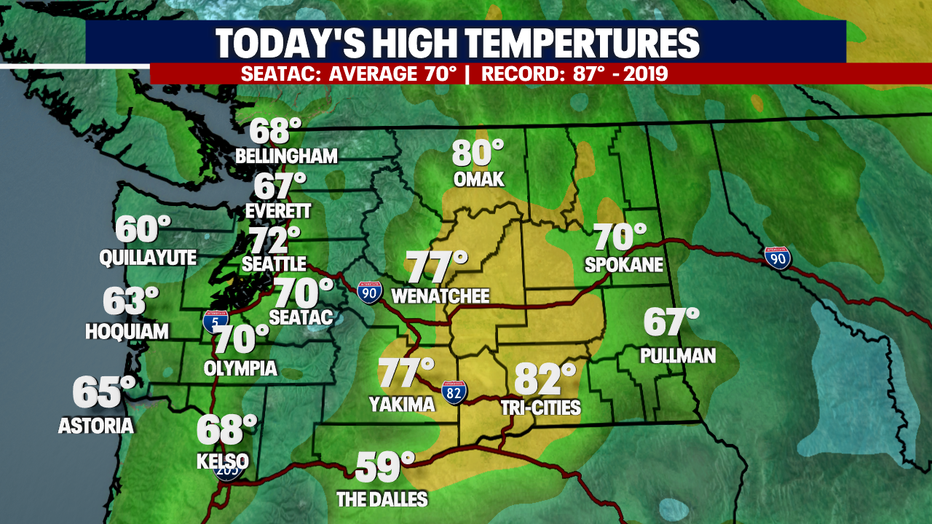 Overnight skies feature partly to mostly cloudy conditions with a chance for showers to the north. 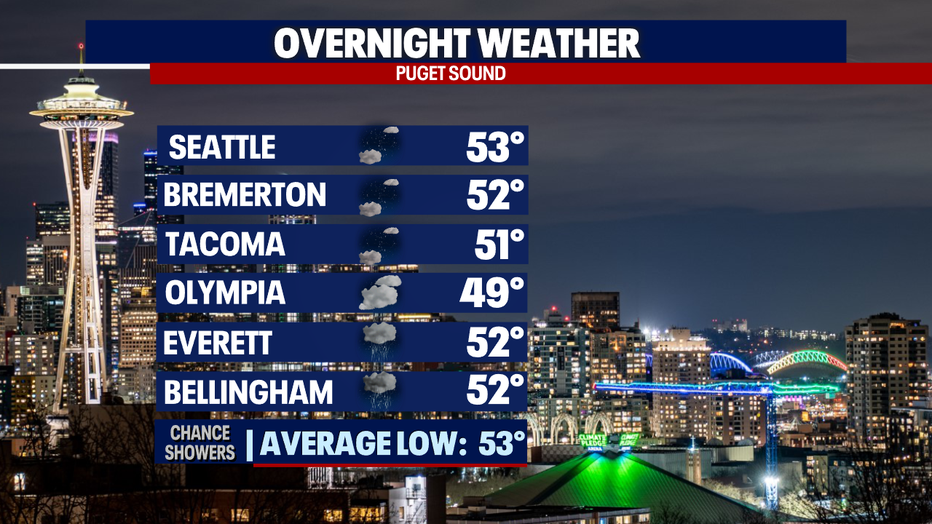 The next three days look for cooler and showery weather at times. Expect spotty to scattered afternoon showers most days as the upper atmosphere sends in short waves of moisture. Temperatures will also fall to well below normal for this time of year.  Highs will land in the upper 50s to low 60s. 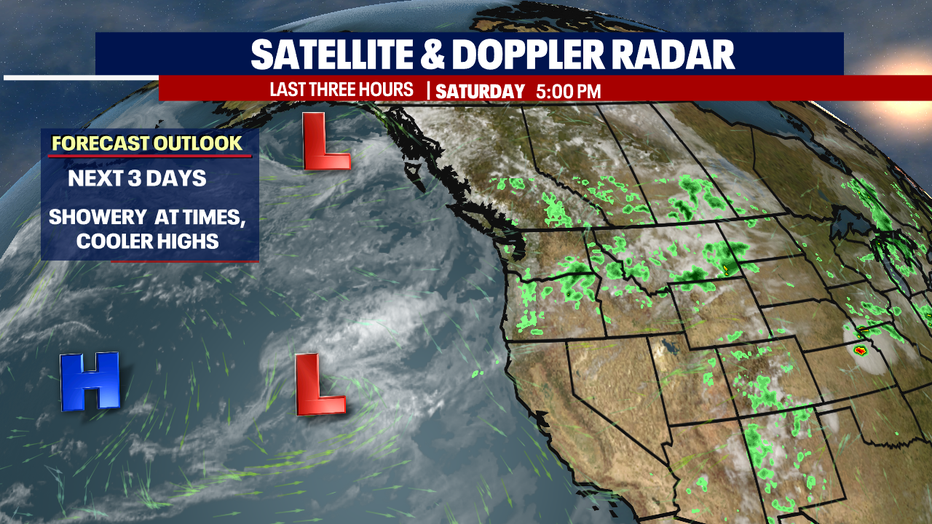 A look at Sunday's highs keeps temps in the North Sound and Coast the coolest landing in the upper 50s. 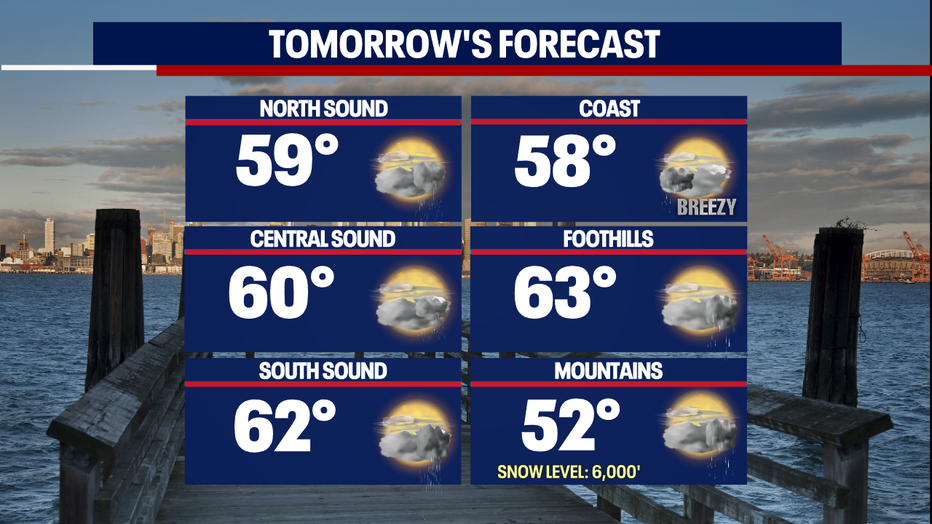 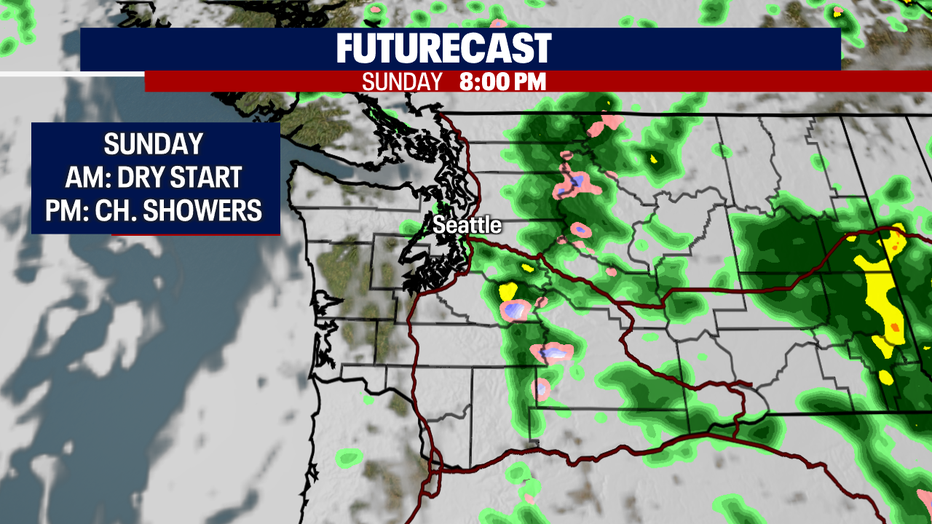 We start the work week with a few scattered afternoon showers. Highs near 60. 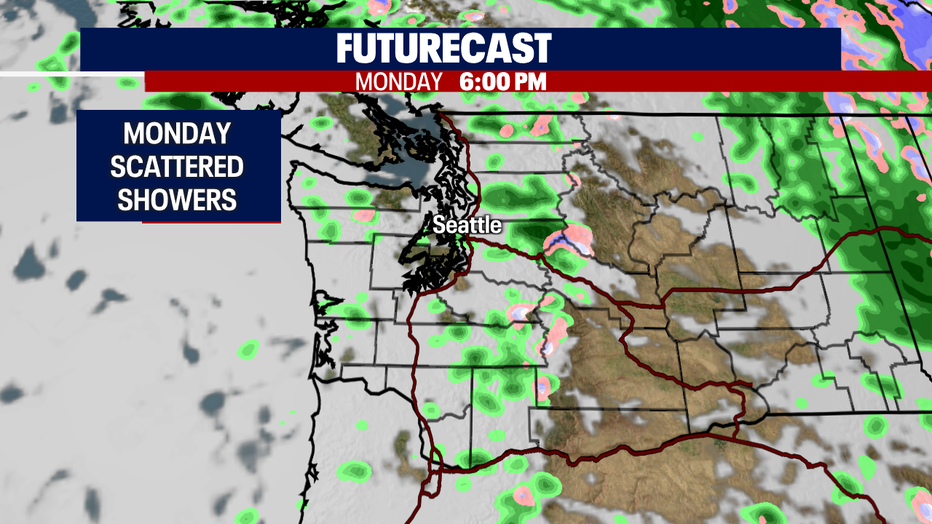 Tuesday, we see similar conditions only with showers as we kick off the day. By the afternoon showers will decrease for a nice finish to the day.  Lumen Field should be dry for the big Cascadia Cup rivalry match between the Sounders and Whitecaps.  Kick off set for 7:30pm.  You can catch the match on FOX 13. #GoSounders 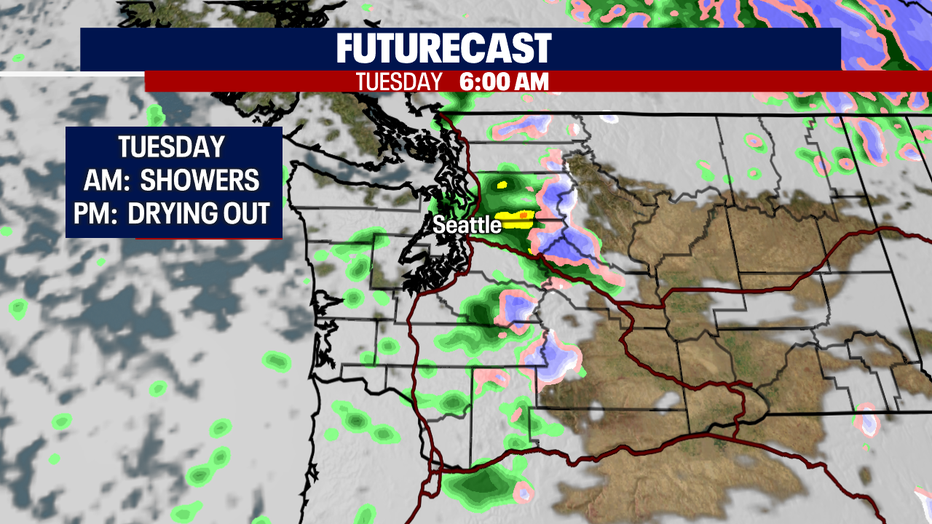 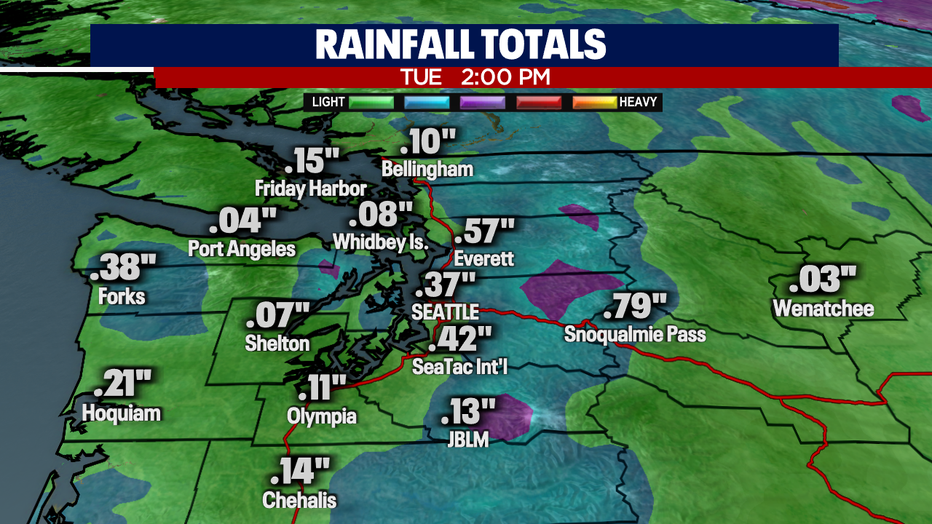 The weekend brings back a chance for light showers.  Enjoy!

Have a great rest of the weekend all!  ~Erin Mayovsky, FOX 13 Forecaster 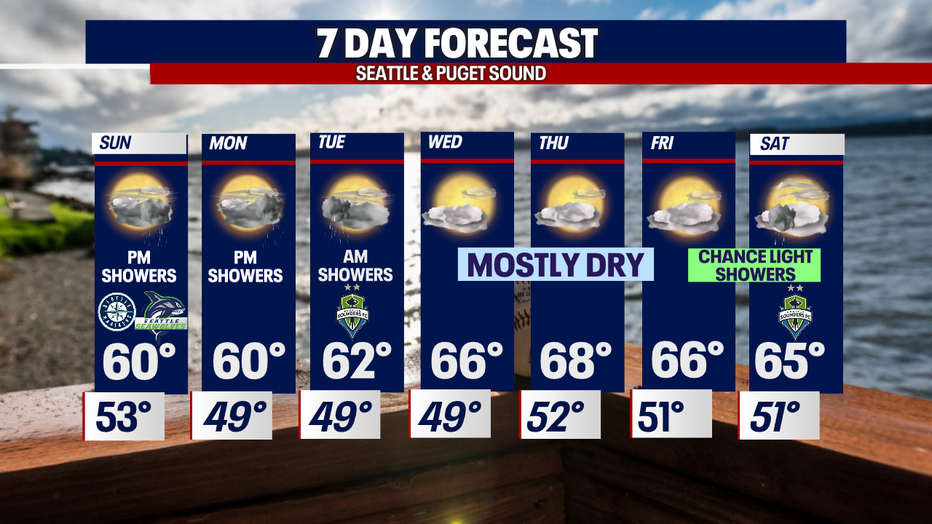