Hardly a dry day in sight!

SEATTLE - Another cool day in the books across the region. Highs Monday only climbed into the upper 50s to low 60s. 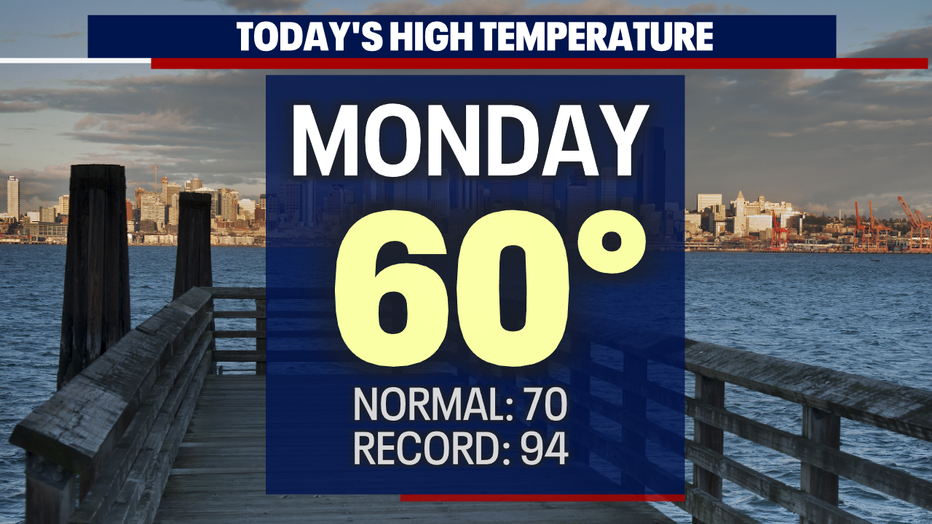 As we close out Monday, the North Sound will see another round of showers as the convergence zone fires up again. Rain will continue into the overnight hours and slowly fall apart, leaving us with spotty showers for the Tuesday morning commute.  Temperatures will cool off well below average into the upper 40s. The normal low for this time of year is now 53. 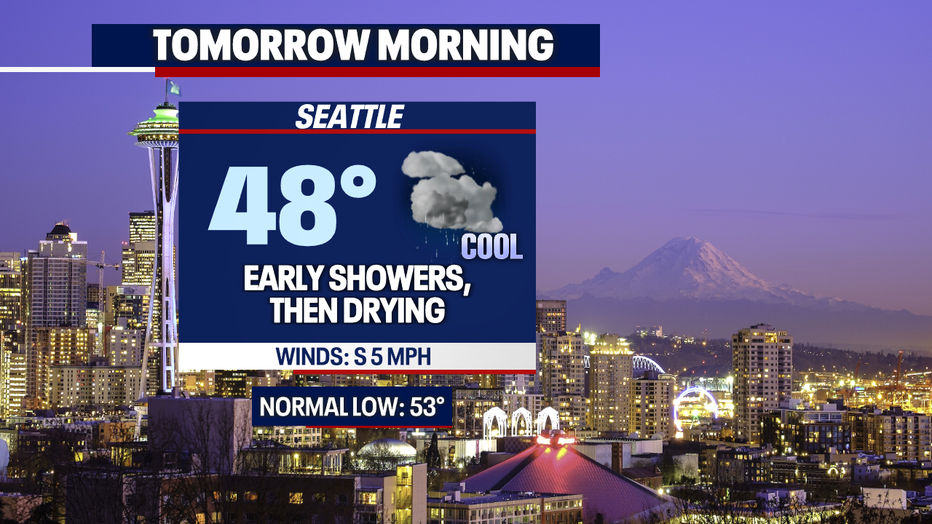 By midday, most of us will see pops of blue skies in between cloud breaks.  While most of us stay dry light showers will fall in a few areas, mainly the foothills and mountains. Highs Tuesday up and down the I-5 corridor land in the low 60s.  These cool conditions are about 10+ degrees below our seasonal average of 71. 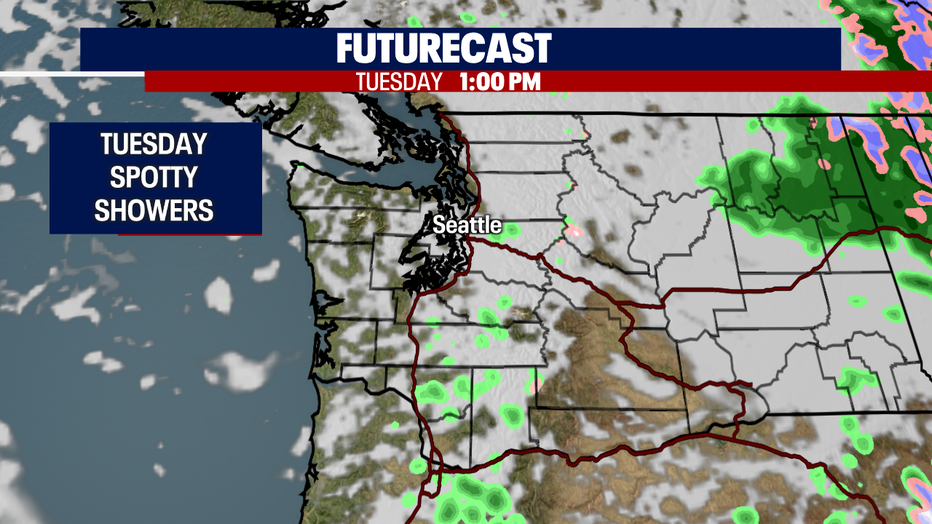 Portions of Eastern WA will remain under a "Flood Advisory" and a "Flood Warning" through early Tuesday as excessive rainfall is pushing area rivers, streams, and creeks to rise to their banks.  This is especially dangerous over burn scar terrain from previous fires. 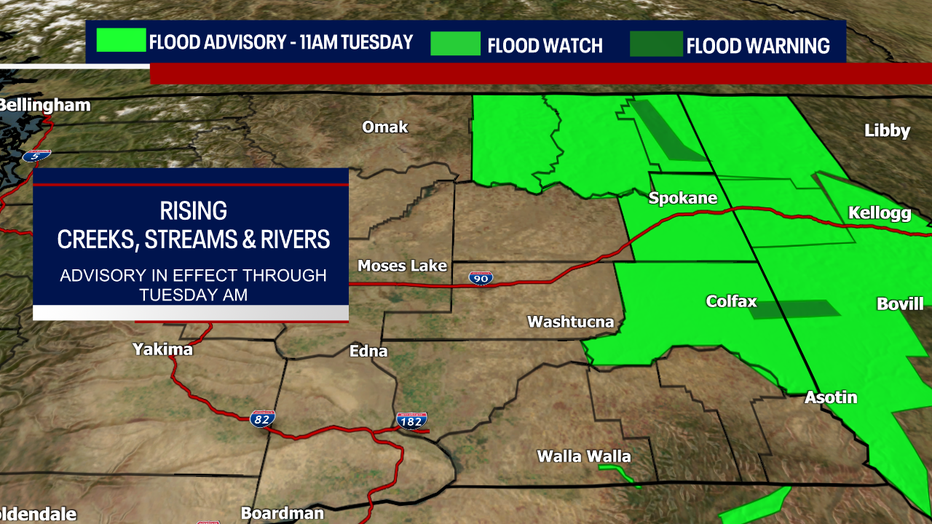 Western WA will enjoy a dry day Wednesday under mostly cloudy skies.  Highs will warm some into the mid to upper 60s. 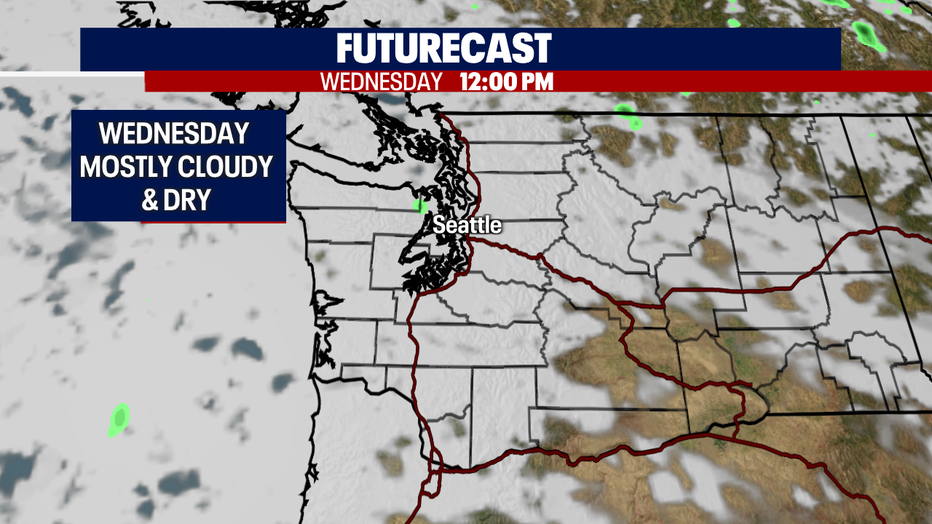 The warmest day of the week is forecast Thursday as highs jump into the upper 60s to low 70s.  We do expect early, fast-moving showers on Thursday before drying out.

As we sail into the weekend look for partly cloudy days with a chance for a few light showers.  Highs drop into the mid 60s.

Don't forget to celebrate dad as Father's Day is this Sunday!  At this point, we're going with a dry day under mostly cloudy skies.  Highs sit in the mid 60s.

Have a great night all!  ~Erin Mayovsky, FOX 13 Forecaster 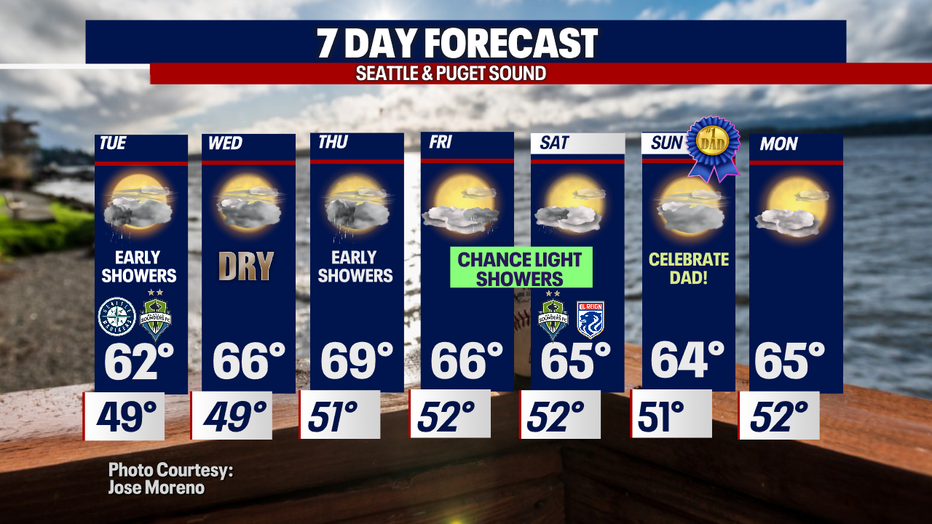 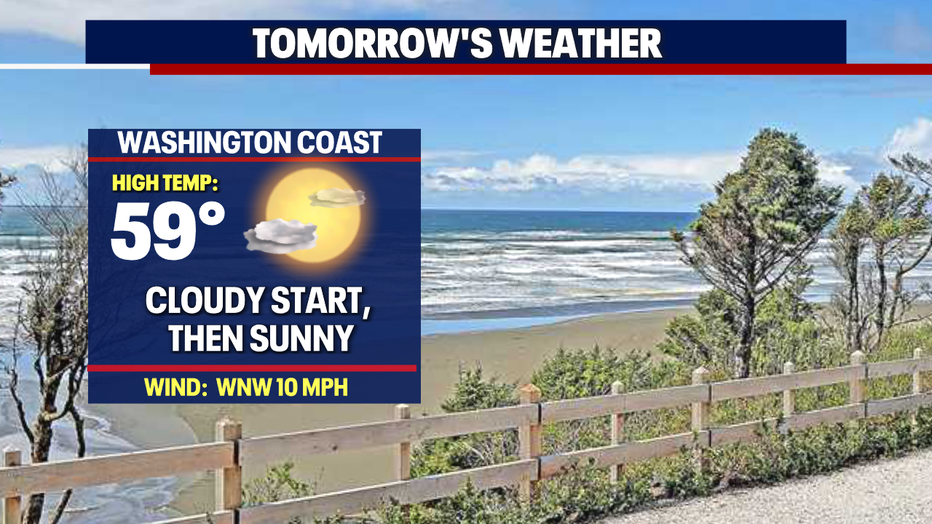 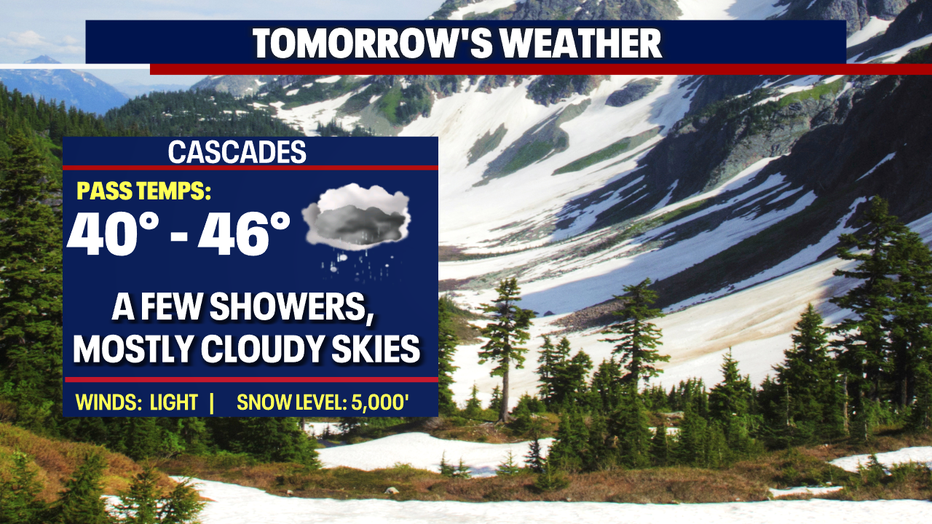 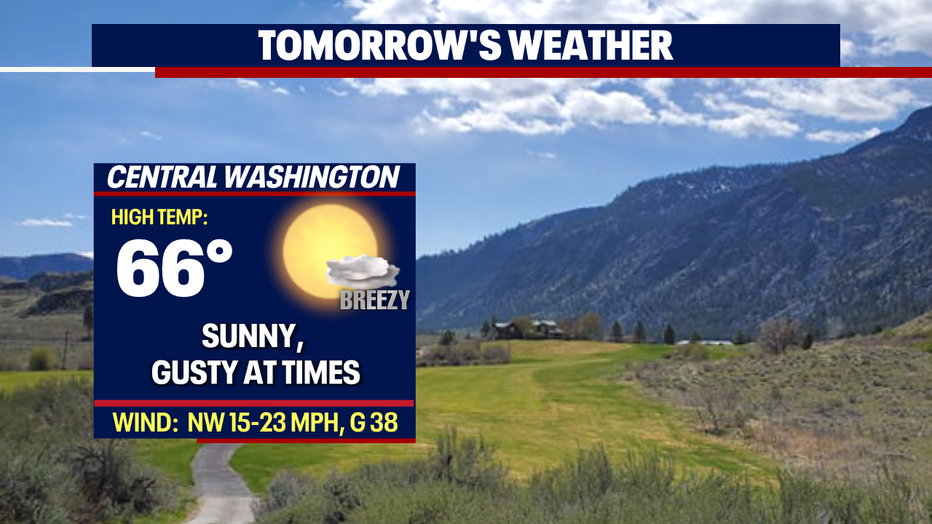