SEATTLE - If you enjoyed our recent cool and wet weather, you'll love our forecast this week. We're tracking highs in the low to mid 40s with overnight lows in the 30s! Even though the atmosphere is mainly quiet today, lowland rain and mountain snow surge back into Western Washington by Wednesday night.

Some spots over the Cascades and North Sound woke up to icy patches and frigid temps. Later this afternoon, highs will boost to the low to mid 40s. This should help melt some of the leftover slush from the last week, but snow could stick around in shady spots for sure.

Otherwise, you can plan on cloudy skies and a couple sprinkles today. A few showers could bubble up over Skagit and Whatcom Counties. While snow levels will mostly stay at about 1,500 feet, there could be wet snowflakes mixing with rain in the lower elevations. However, we're not expecting much of an impact if anything at all in the lowlands. 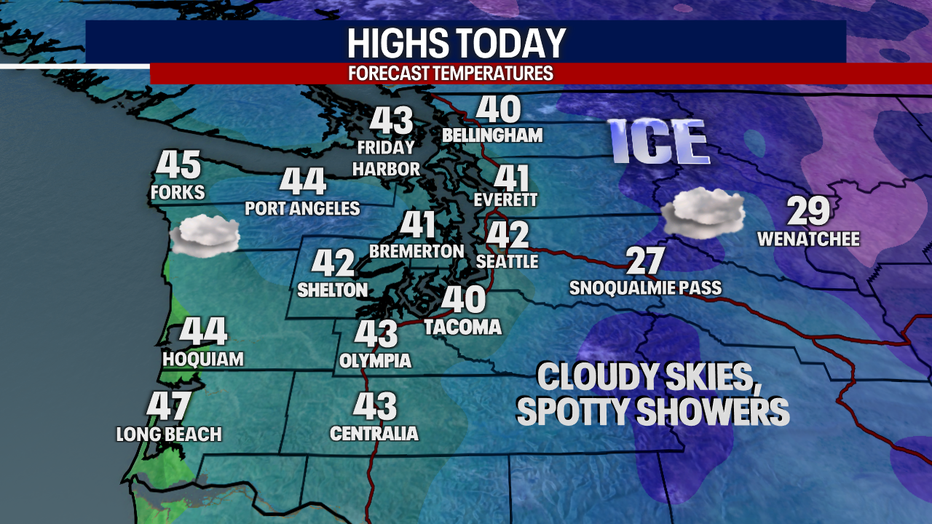 Most backyards will end up dry today. Wednesday will start shower-free, but precipitation fires up by the afternoon along the coast and Olympic Peninsula. Late Wednesday into Thursday will probably be breezy to locally windy. By Thursday morning, lowland rain and mountain snow sweep through Western Washington before breaking apart in the afternoon. A convergence zone could develop in parts of Puget Sound. 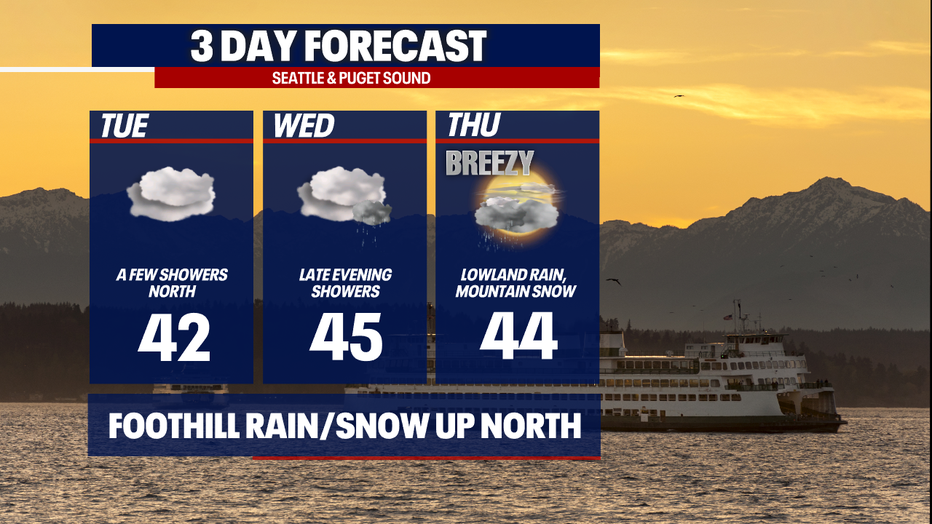 We'll track rounds of lowland rain and mountain snow through the weekend though there looks to be fewer showers on Sunday. Monday may end up mainly dry.

On a daily basis from Thursday to Sunday, snow could pile up over the mountains – creating treacherous conditions for pass travels. Between two and five inches (or more) could accumulate over the passes each day. There could be higher totals under heavy bands of snow. 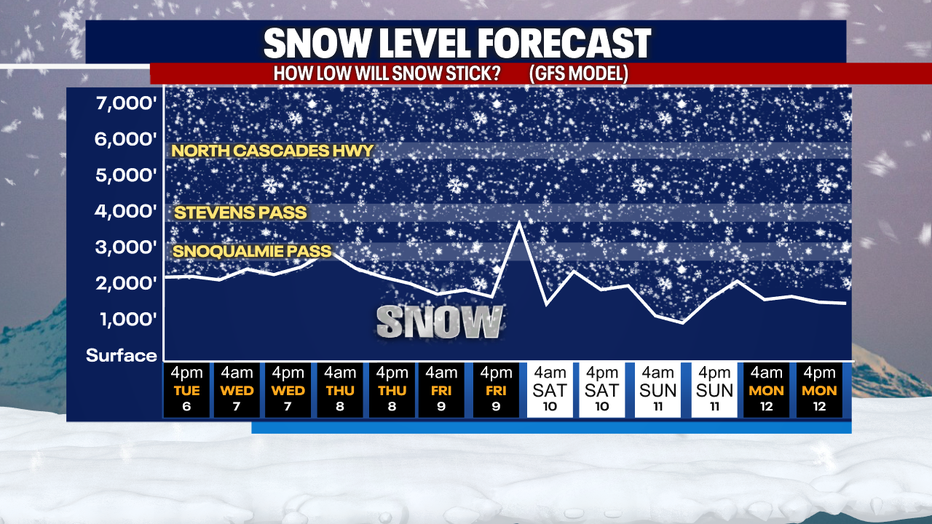 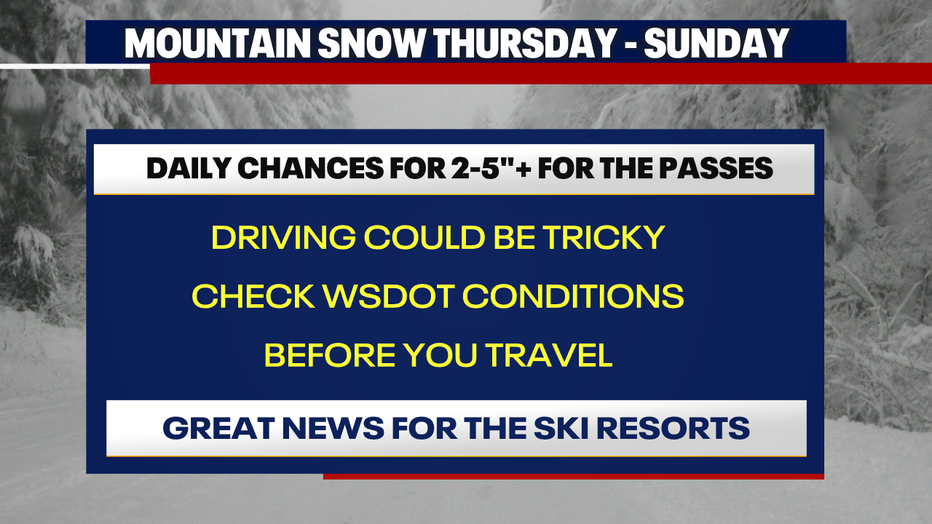 Saturday may feature a rain/snow mix for some in the lowlands, but there's still a lot of uncertainty about how that would play out. Stay with us for updates! 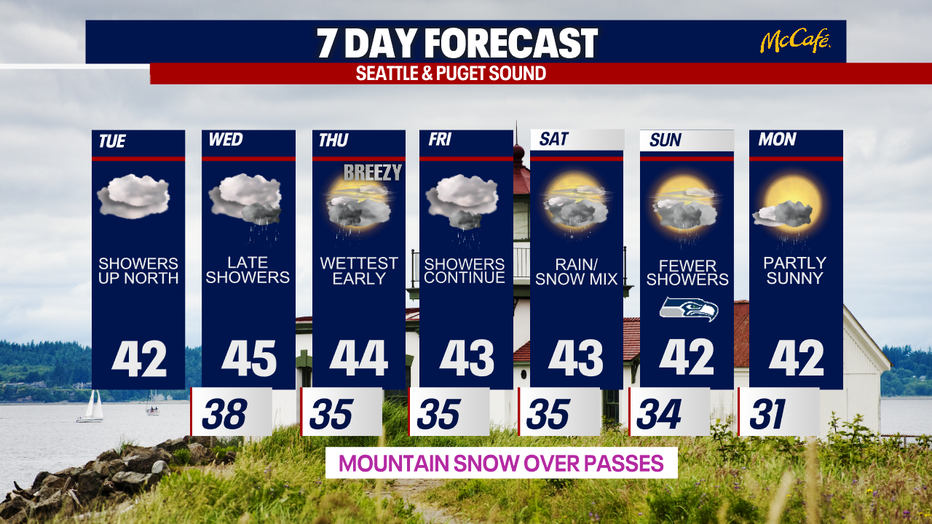 Thanks so much for choosing FOX 13. We appreciate you so much!