Temperatures cooling down as the week goes on

Q13 News Meteorologist M.J. McDermott says temperatures continue to decrease as we get closer to fall.

SEATTLE - We had some rain overnight and there are a few sprinkles left to the north and on the north coast. But later on, the sun will beat out the clouds and we'll warm up to the upper 70s to near 80. 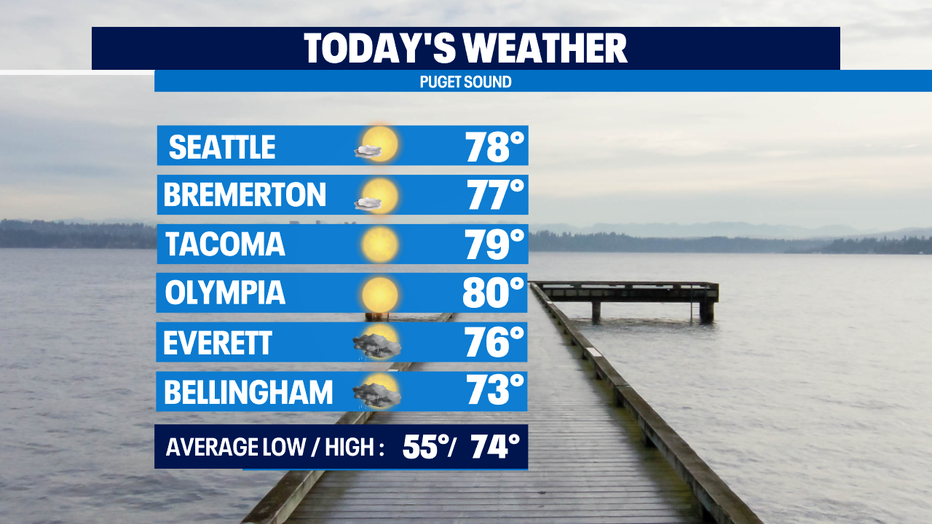 A little bit of rain moved through Central Washington this morning, including over areas with wildfires.  It wasn't much rain, though, and the fires continue to put out smoke and impact air quality.  The Schneider Springs Fire is causing "unhealthy" air quality around Yakima (red dots). 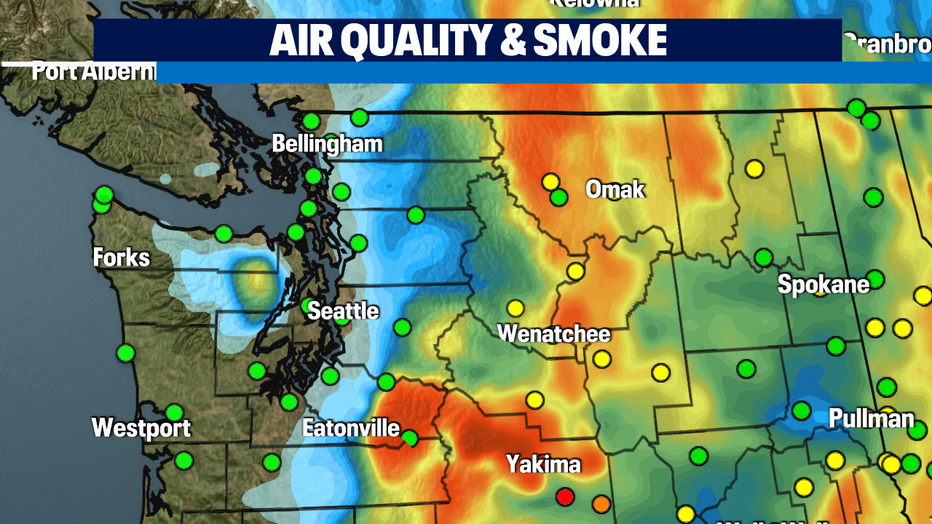 I'm tracking two tropical storms that will not affect the United States directly.  Hurricane Larry is a major hurricane, a Category 3 storm.  Its storm track is forecast to take a right turn before encountering Bermuda.  Bermuda will still get strong winds and surf.  Strong waves are also forecast for the East Coast beaches.

Tropical Storm Olaf is off the west coast of Mexico.  It is forecast to take a left turn and head off into the Pacific, and miss hitting Cabo San Lucas and the Baja Peninsula directly.  Even so, Cabo will get strong winds and surf and there are Tropical Storm Warnings there for tomorrow and Friday. 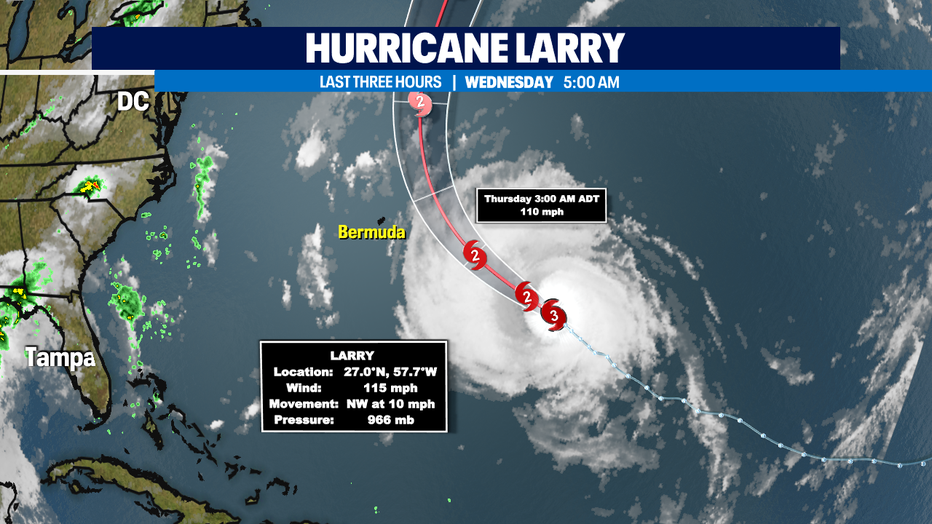 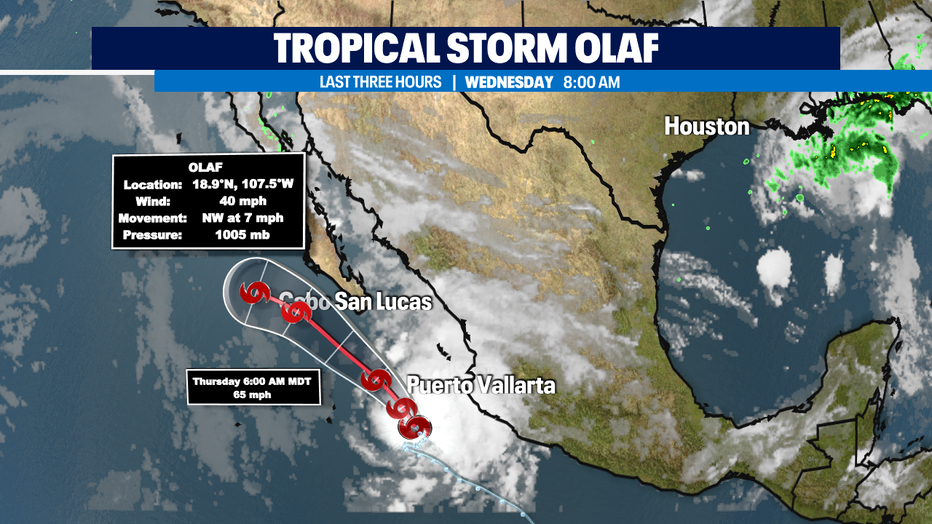 The main weather event for the next 7 days is that it will be cooling down a bit.  It will be partly sunny tomorrow with highs in the mid/upper 70s again.

Friday and Saturday, we'll enjoy a mix of clouds and sun and highs in the low 70s.

Sunday and Monday will be partly sunny with highs around 70.

And Tuesday will top out in the upper 60s, trying to hit 70. 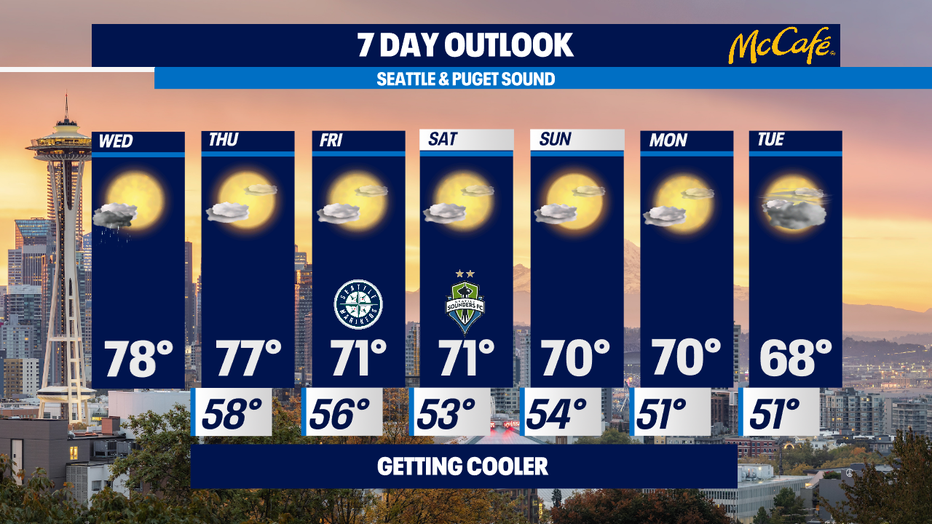 With afternoon sunshine and highs in the upper 70s, it's a Waggin' Tail Day for the Pet Walk Forecast.  Check out this adorable 2-month-old French Bulldog! 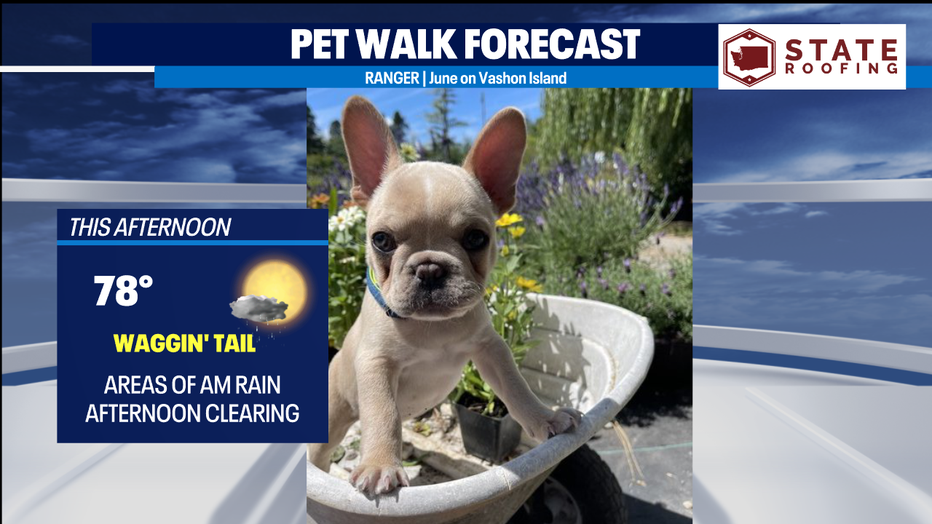 Here's a viewer photo of a really cool-looking bug.  It's the Banded Alder Borer or BAB.  The Banded Alder Borer is an exotic looking beetle that may be encountered from March to August in the Pacific Northwest.  Adult BAB females lay their eggs on dead branches. The eggs hatch within 7-14 days and the larvae feed for 6-7 months under the bark. The larvae then bore into the center of the twig to overwinter as pupae. In spring, pupae complete their development and adults chew their way out of the branch. Since BAB larvae only feed in dead branches, the damage caused by this insect is rarely noticed. There have been a few accounts of BAB adults being attracted to drying paint (presumably to the odor). So don’t be surprised if this insect shows up the next time your house is painted. 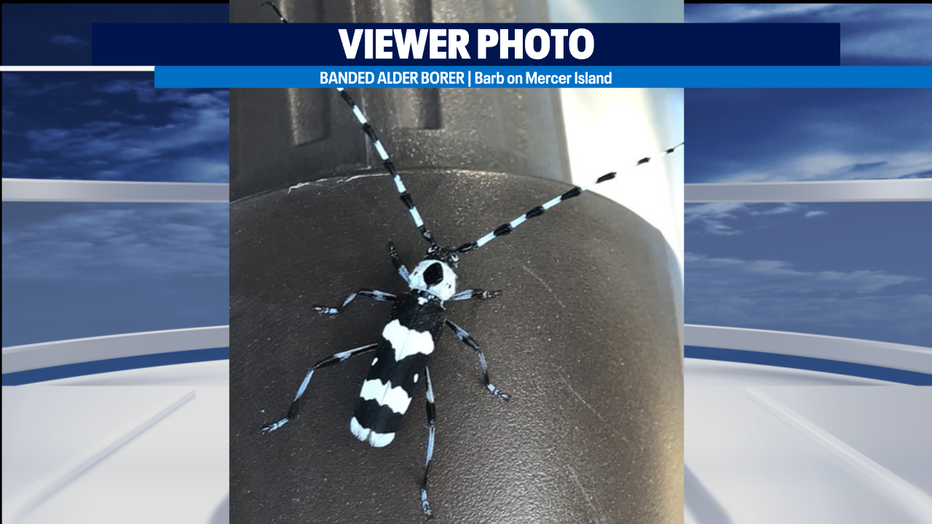