Frigid start to the workweek

But MJ says we'll warm up this week.

SEATTLE - After some record setting cold temps on Sunday, we're not quite as cold for Monday. Tracking a pulse of light precipitation this morning from a weak front mostly going into British Columbia. The air temperatures are hanging for most of us just a little bit above freezing. Some some higher hills are seeing a rain/snow mix, in the foothills and passes it's a quick shot of snow. Not much is going to stick with 6a temperatures warming above freezing for nearly all of the lowlands. 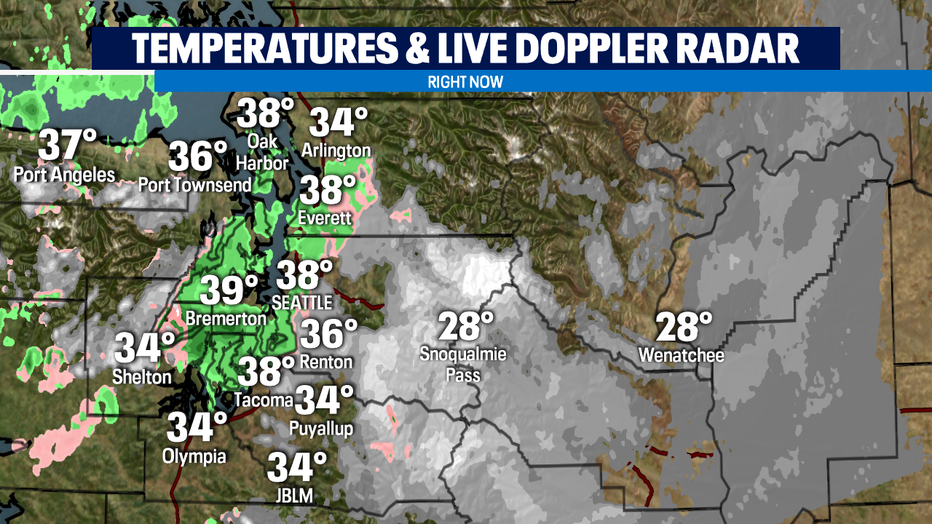 The afternoon looks pleasant, with clearing skies and temps a touch warmer than yesterday with most of us hitting 50. Still a slight chance of showers towards the border with a bit more cloud cover there too. 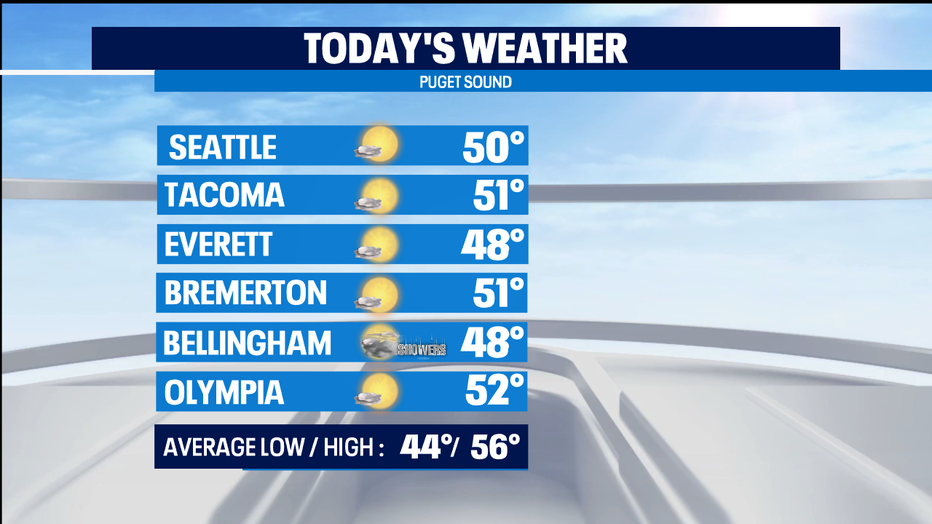 A ridge of high pressure continues to keep us mostly dry for the next several days as a blast of really cold arctic air continues to keep the keeps things quite cold in the central parts of the U.S. from the Rockies to the Great Lakes. The far edge of that really cold air is keeping the chill going east of the Cascades as well. 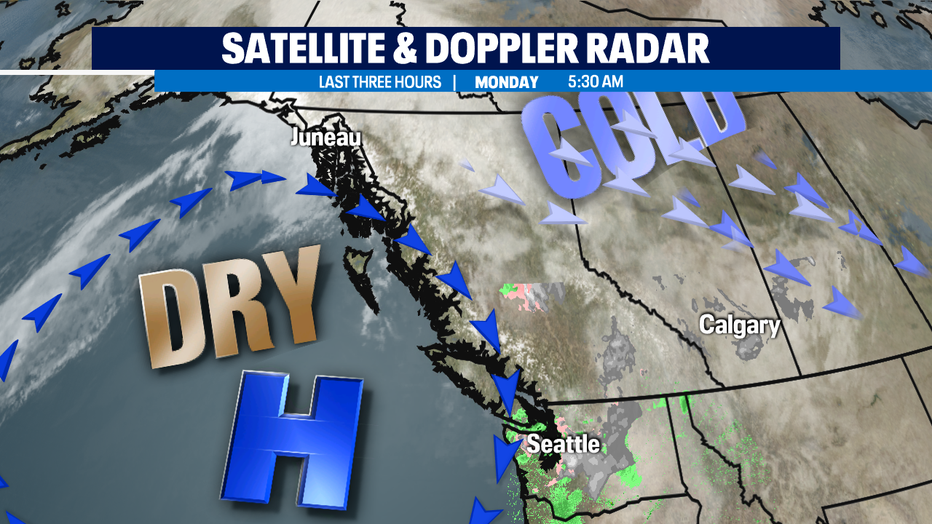 Our proximity to the Pacific Ocean will help keep us chilly but warming up a couple degrees each day. A couple spots could crack 60 on Thursday. The next weather system work some showers into the north end of Puget Sound by late Wednesday, but the rain showers don't dip south of Seattle until a bit later in the week. No real huge storms, just on/off fall showers. 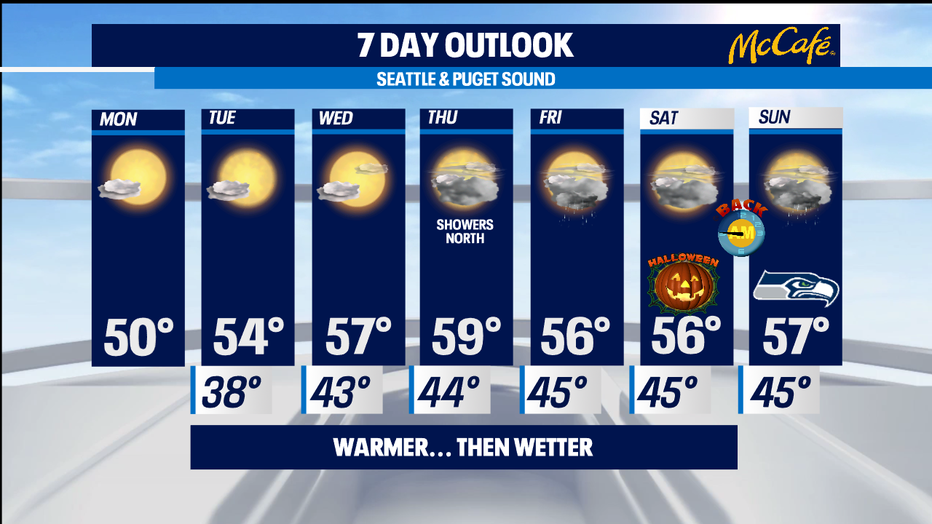 We've got Halloween this weekend and if we see breaks in the clouds, we'll be able to see the Full Blue Hunter's Moon. No matter what, an extra hour of sleep for all on Seahawks Sunday as we switch back to standard time. The game itself has a chance of showers. -Tim Joyce