Cold and wet at times the next seven days 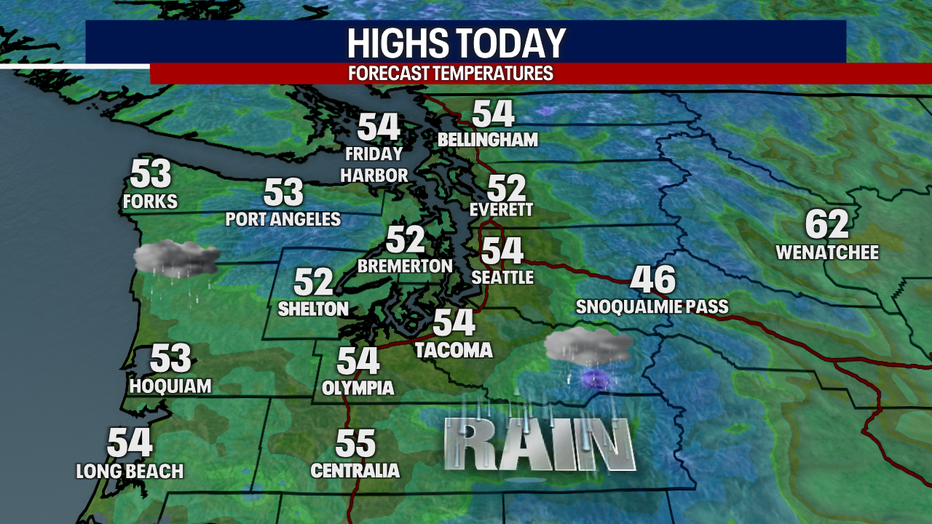 The heaviest rain of the day will push into the area as the cold front sweeps through. Expect moderate to heavy rainfall at times in the afternoon and early evening. Later tonight looks much drier, at least for a little while. 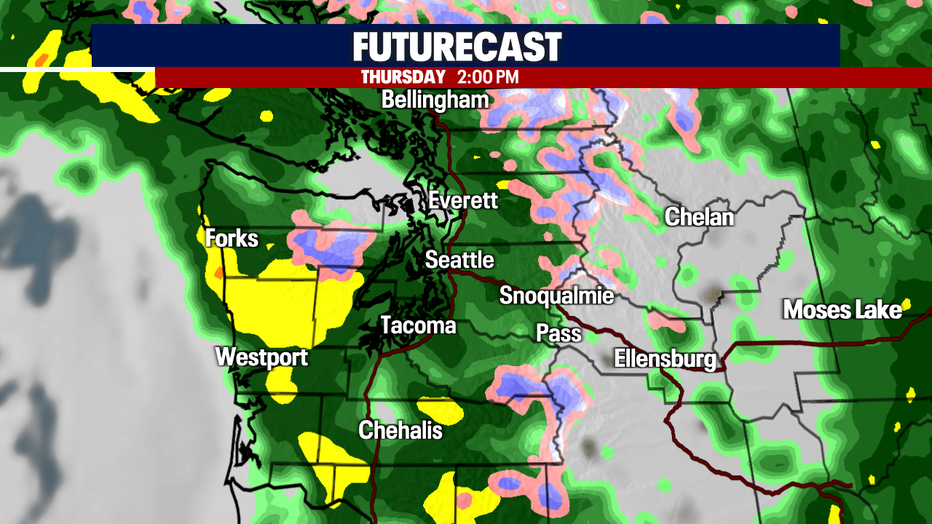 The next three days will bring some decent rain accumulation to the area. Western Washington could see one to two inches by Saturday night. 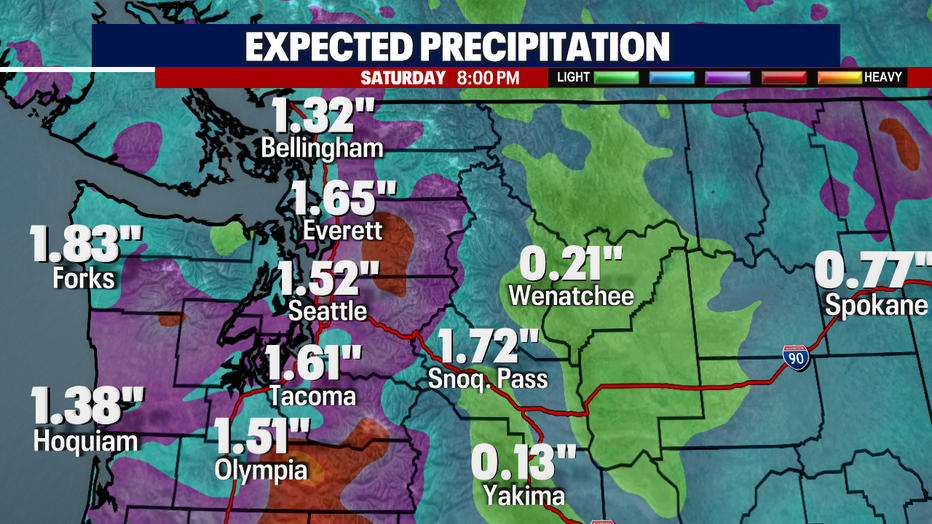 This remarkably cool weather is going to continue for the next week. It's also going to stay wet at times. The last time Seattle had five days in a row with highs 55° or less in May was 20 years ago May 5 to 9, 2002. Normal high this time of year is 64° and we won't get anywhere close to that. 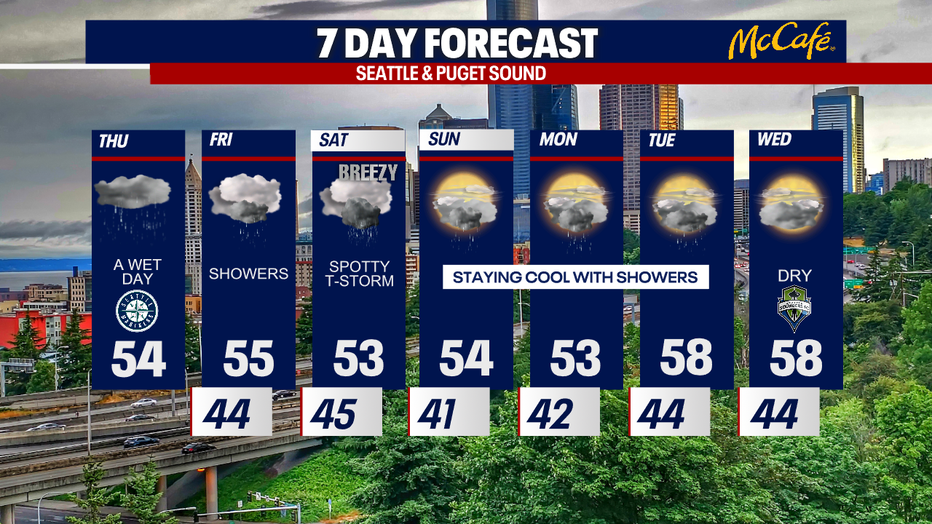